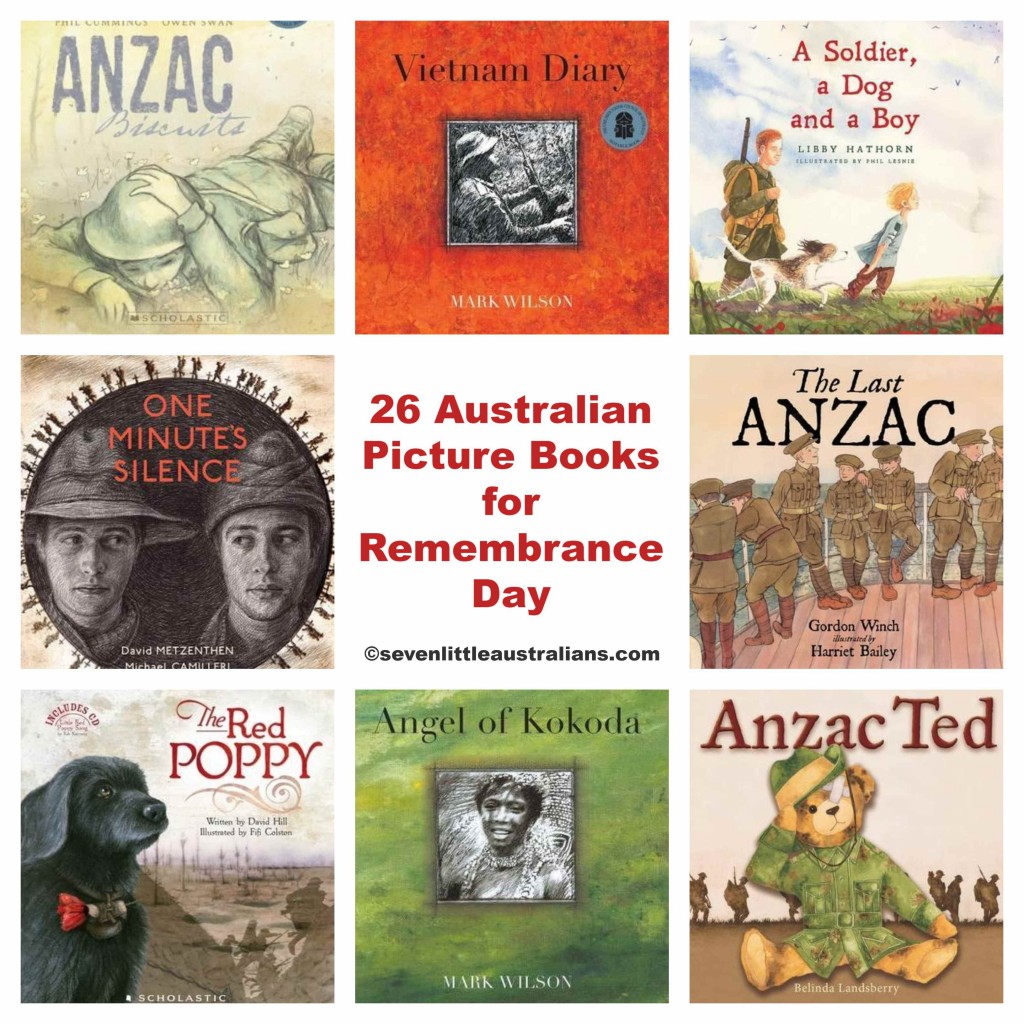 Remembrance Day, the 11th of November 2018 marks the 100th anniversary of the Armistice which ended the First World War. Tomorrow at 11am a minute’s silence will be held around the Nation to remember those who have died in Wars.

When attempting to explain War with children, the why’s and how’s are often more easily understood through books, picture books create a space to discuss and ponder, to begin to grapple with the enormity of the sacrifices made and the complexity of issues.

Be sure to head on over to our Online Database of Australian Books to find more books about our War Years. 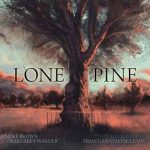 Three brothers sign up and are sent to Gallipoli. They send pine tree seeds home from Gallipoli to their mother, one of the boys doesn’t survive.

We had no idea of the background of the pine trees, so interesting. This book totally captured the children’s interest. 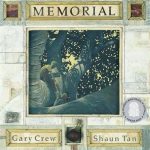 The town is planning on removing the local War Memorial to make room for a highway and a young lad wants to fight to keep the memorial.

We follow a young boy as he talks to his family; his great grandfather, his grandfather and father who all fought in different wars and share their perspectives. 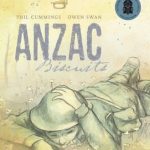 Rachel and her mother  bake biscuits in their kitchen, warm and safe. Far away her father is in the trenches, cold and afraid. They send the biscuits to her father with love. “This is a touching story of a family torn apart by war but brought together through the powerful simplicity of Anzac biscuits.”

Every year on ANZAC Day we bake these bikkies 🙂 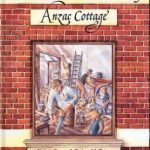 On 12 February, 1916, two hundred residents of Mount Hawthorn in Perth, Western Australia rallied together to build a cottage over the course of a single day for one of the first wounded ANZAC soldiers to return from Gallipoli. 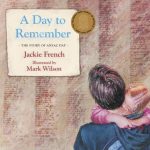 A Day to Remember – Jackie French

ANZAC Day is the day  in which we remember and honour the ANZACs. This book ties in the traditions from the various wars from the first march of wounded veterans in 1916 through to today, includes the Dawn Service etc. Covers the many places the ANZACs have fought and the ways in which they keep the peace and support the civilians in war-torn parts of the world. Aimed at the over 7 set full of historical facts. 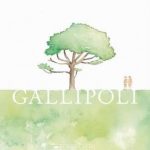 Dusty and Bluey are Anzacs, members of the Light Horse Brigade and are sent to Egypt  to train. Then they are sent to Gallipoli to fight the Turkish soliders where they face hardship and fear and find mateship and bravery. Discusses trench warfare, the food,meeting Simpson and his donkey  and the eventual withdrawal from Galliopoli.

Covers an pivotal battle of Australians at War in a non-threatening way for children. 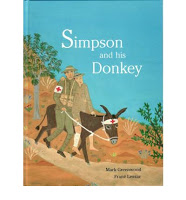 Simpson and His Donkey – Mark Greenwood
Jack Simpson a stretcher-bearer in Gallipoli along with his donkey, Duffy rescues hundreds of wounded men. Including his childhood friend Billy. Always a popular book with the children. 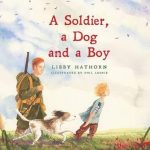 A Soldier, A Dog and A Boy – Libby Hathorn

A moving story about a young Australian soldier in the battle of the Somme. Walking through the fields away from the front, he finds what he thinks is a stray dog, and decides to adopt it as a mascot for his company. Then he meets Jacques, the homeless orphan boy who owns the dog. The soldier realises that Jacques needs the dog more and perhaps needs his help as well. 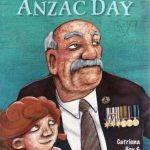 A little girl goes to the pre-dawn Anzac Day service with her father as they watch her grandfather march in the parade.

A simple explanation for the younger child of what happens on Anzac Day and the meaning of Anzac Day. 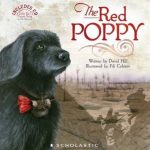 A young soldier finds himself in a trench with an enemy soldier in World War 1, a dog goes for help.

Led to plenty of discussions about ‘our enemies’ in war. 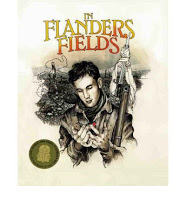 In Flanders fields -Norman Jorgensen
It is Christmas Eve on the Great Western Front, when one soldier ventures into No Man’s Land to rescue a bird trapped on the barbed wire. Soldiers from both sides join together singing Silent Night. Very poignant. 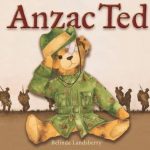 Anzac Ted is the powerful story of a little boy’s teddy bear that was passed down to him from his grandfather. Battered, torn, missing an eye and an ear, he might look scary but he’s got a great story to tell. For Anzac Ted went to war, keeping soldiers company and giving them comfort. And while he never won a medal if only everyone looked a little deeper: ‘They’d see a hero, plain as day Who sits upon my bed. A hero, who saved me and you. His name … is Anzac Ted.’ 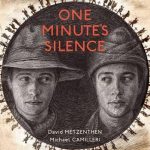 In a classroom, whilst observing ‘One Minute’s Silence’ on Remembrance Day, Australian teens reflect the different scenes and feelings the soldiers on both sides would have felt. You can imagine sprinting up the beach in Gallipoli in 1915 with the fierce fighting Diggers, or could imagine standing beside the brave battling Turks as they defended their homeland from the cliffs above. 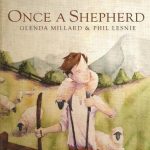 Once a Shepherd – Glenda Millard

The Great War comes and Tom the shepherd must leave his beloved wife and his unborn child and go off to fight but he never returns. One day a fellow soldier returns instead bringing Tom’s coat which had been woven by his wife.

So poignant, sobbed throughout. 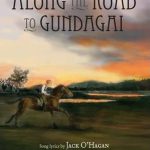 Along the Road to Gundagai – Jack O’Hagan

‘There’s a track winding back, to an old-fashioned shack, Along the road to Gundagai…’

This well known folk song was about a young soldier singing of his memories of home. 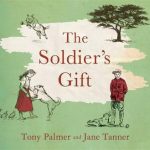 A young soldier leaves his dog with his motherless, lonely sister.  He sends home pine seeds and the young girl plants the seeds.

A moving story of one family’s courage and endurance during the First World War, the terrible losses at Gallipoli and a time that changed Australia forever. 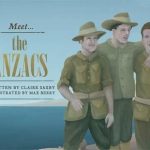 A picture book series about the extraordinary men and women who have shaped Australia’s history, including our brave Anzac soldiers. 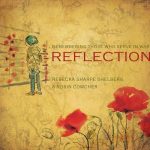 Reflection : Remembering Those Who Serve in War – Rebecka Sharpe Shelberg

Reflection is a powerful tribute to those who have served their country. 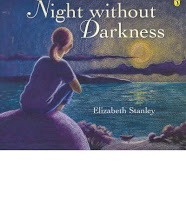 Night without darkness – Elizabeth Stanley
Set on a ‘birding’ island off Tasmania, Australia just as the War breaks out.

A young girl is friends with a young man who leaves for the War. We share in her grief when the news comes of his death. 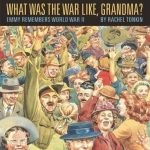 A recreation of the war years from an Australian child’s view point.

Grandma Emmy remembers what the war was like. Listening to the wireless each night for news from the front-lines, crouching in trenches during air-raid drills at school, raising money  and knitting socks for the war effort. Blackouts and sandbagging, but also playing with searchlights and the first taste of hamburgers. Although the fighting was far away, everyone’s lives changed forever. 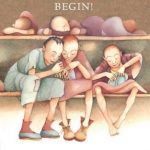 An inspiring book that makes the difficult topic of a World War II concentration camp accessible to young readers.
“My name is Miriam, and this is where I live. Hut 18, bed 22.” The younger children think they have always lived in the hut, but Miriam knows better. She remembers her parents and her home, with her very own toys. In this place there are no toys. So Miriam and the women come up with a special plan, to celebrate the day when the soldiers open the gates to freedom. 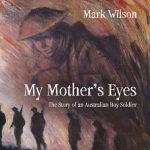 A young 16 year old boy lies about his age and is sent to Flanders, France. He is caught up in the horrors of World War I in Egypt and on the Western Front.  This young lad doesn’t return.

Based on true stories of the twenty-three teenage soldiers – one only fourteen – who fought with the Australian army in World War I, as recorded at the Australian War Memorial, their names among a list of 60,000 Australian soldiers killed in the Great War.  Told with extracts from the boy’s letters home, moving and evocative. 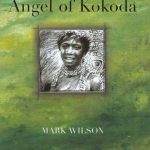 Twelve-year-old Kari grew up along the banks of the Kusumi River, east of the village of Kokoda. His father taught him the traditional ways of his people, and Sister Mary taught him English at the mission schoolhouse. One day Kari s peaceful world is shattered when a bomb rips through the village of Kokoda. Kari searches among the wounded and finds a young soldier lying in a ditch. The soldier is badly hurt, but Kari will not leave him. Together they make the perilous journey to safety along the Kokoda Track. 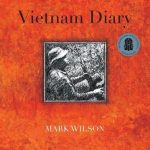 Two brothers Leigh and Jason are close but when Jason is conscripted and sent to fight in Vietnam, they are divided not just by distance, but by their beliefs about the war as they have have opposing views of the war in Vietnam. Tragically Jason dies. 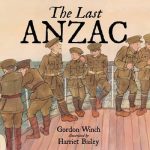 This book is based on the true story of a small boy’s visit to meet Alec Campbell in the year 2001.

Alec Campbell was the last living ANZAC, and all of the Australian and New Zealand soldiers who fought at Gallipoli. He died in May 2002 at the age of 103, having enlisted in 1915 when he was just 16, stating he was 18 in order to be accepted by the army.

I remember visiting my great uncles who had fought in World War 1, as a child in fact one of my brothers is named for them, so Alec Campbell is extra interesting for me. 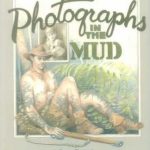 Photographs in the Mud – Dianne Wolfer

Set on the Kokoda Trail, 1942. Jack and Hoshi are soldiers from opposing armies, who meet in battle and discover they have much more in common than they could ever realise. One Australian, the other Japanese, reveals the personal human tragedy of war from both the soldiers and their loved ones at home.