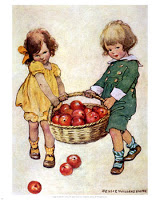 As recommended in The Dietary Cure for Acne we have begun our 30 Day elimination diet.
We are endeavouring to follow the ‘rules’ as closely as possible, however we realistically acknowledge that eliminating sweet potatoes is impossible.  We have already eliminated potatoes, as one child says, “What else is left!”

About four days into the diet I ‘slipped,’ I was making a zucchini pie and figured that 2 cups of wheat flour between 10 people translated to only one-fifth of a cup each,  my teens would be fine.  They weren’t!  The next day one child noticed the first new pimples in days and another’s hayfever symptoms were much worse again.  Whilst this means we had to begin again, it does mean we now feel very convinced that wheat is a big contributor to the acne.  So this is positive, in a way;)

I headed to the health food shop to purchase almond flour, the price! Ouch!! Great savings was last week I scored a box of sweet potatoes for only $1.30/kg!! instead of $4/kg.  I also discovered it is always cheaper to buy by the box or half box.  Regards sweet potatoes one night I made Sweet Potato Chips which were delicious, but I couldn’t get them to crisp:(  Going Paleo on a large family’s budget is a challenge at times, and frankly we have had to make some changes based on this.  However we are succeeding in keeping the teens always to ‘the letter’.

Carpenter made the switch from heavily processed carbs to protein for his pre-training meals.  I always ensure he has leftovers from the night before to heat up at 5am.  Generally he eats ‘sweet mash’, savoury mince and a fried egg.  He is quite happy with his performance and feels it is not down and in fact may have even slightly improved.  He then comes home and eats bacon and eggs and makes apple fruinola.  One morning he commented he felt like a Hobbit, he is sure eating like one I rejoined.

We’re due to do our monthly shop this week, so I need to spend a bit of time adding some variation in our meals.  Changing eating habits also involves emotional investment, already this week we have had some emotive reactions, basically mourning food.  On a positive note the teens are noticing changes and feeling great about this.

I’d love to hear from others who have undertaken this journey.