Grace suffers lots of teen angst, battling with her own insecurities, whilst having to navigate the moral issues of the 70s, including teen pregnancy and abortion, issues which continue to be part of the challenge of young people today. The answers to moral issues of the 70s ultimately are no different for today’s generation and Laura dealt with them very well. We see Grace develop from a young insecure girl into a young woman of depth, we watch her show compassion to others who have chosen different paths to hers and we watch her romance with Tom Buckley grown and mature.  I was thinking about the novel long after I put it down, when the reader becomes so engrossed in a story that they really engage with the characters, liking and disliking them, then the author has done a good job. Long after putting Finding Grace down I was still thinking about the characters, plotting sequels for the other characters. 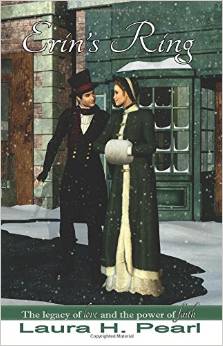 Erin’s Ring – Laura Pearl
Erin’s Ring is an historical novel that ‘toggles’ between today and the yesterday of the 19th Century when so many Irish immigrated to America.  A young Catholic teen finds an inscribed Irish Claddagh ring half buried outside her Church one Sunday morning.  Thus begins her journey to discover more about the mysterious origins of the ring and along the way Molly and her friend Theresa learn of the history of their town, Dover in New Hampshire and in particular the history of the Irish women who worked at their local textile mill. They come to understand the depth of Faith the Irish immigrants had and of their courage.

I was completely interested in the story plot, eager to see if the girls solved the mystery and enjoyed all of the characters in the book, they were so like able, people of integrity. Well written.

Both books quite different to one another, not only the plot and the setting but the writing style too.  I find it amazing for an author to be able to write two very different novels and impressively so early in her career. 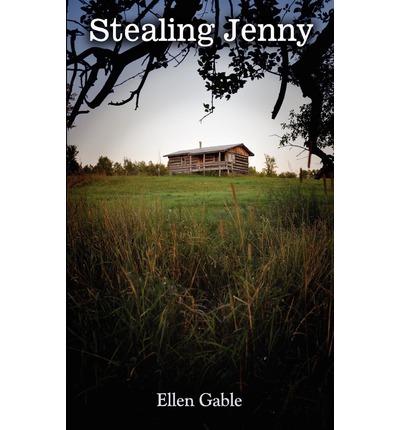 Stealing Jenny – Ellen Gable
Catholic couple Tom and Jenny Callahan are happily anticipating the birth of their sixth child after suffering three miscarriages. Unbeknownst to them a childless neighbour is watching and plotting and one afternoon shortly before Jenny is due to gives birth she abducts her, wanting Jenny’s unborn babe for herself.  A suspenseful thriller, well written and believable.

Interwoven through the plot are Tom and Jenny’s thoughts about their relationship with God in Whom they strongly Trust and the story of their Faith journey. Underpinning the novel is a very strong message that life is sacred. 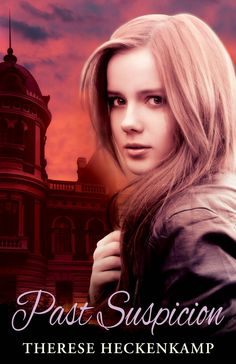 Past Suspicion – Therese Heckenkamp
A mystery novel by a new author who was only 18 years old when she began this novel.  Newly orphaned 17 year old Robin Finley is sent to live with her uncle in her mother’s small home town. She quickly becomes determined to unravel the mystery of her mother’s past, a past that has always impacted on her life. Embroiled in the mystery is an abandoned mansion and two young men, both new to town.

Whilst I thought Robin rather gullible to the attentions of one of the men, and quick to dismiss her uncle, forgoing to get to know him, she had just lost her mother so it was understandable that she was self centered at times. Underneath her recent turmoil she was decent, caring and had a solid believe in God.  Well written, I’m keen to read more by the author.