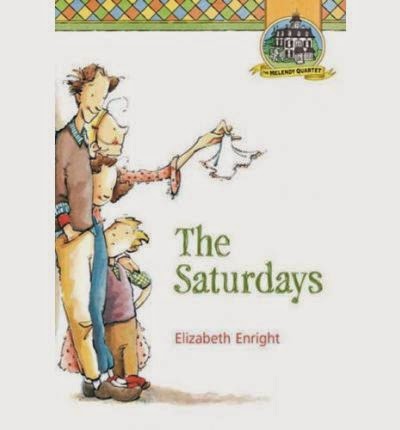 I’m really enjoying writing about larger than average families, so many books I’m adding to my ‘go back and re-read with the younger children’ pile.  Thanks also to your comments I’m hearing of new titles too:) keep the suggestions coming and at the conclusion of this series I’ll gather all your suggestions into one post.

Not wanting to leave ‘average’ nor ‘smaller than average’ families (still haven’t a definition of average;) out of the fun I’m going to broaden my family series to include families of three, two and one child/ren. Though finding books with one child could be another challenge luckily I love book challenges.

Chatting today about families with four children, some of our absolute favourites here.

We LOVE, LOVE the Melendy Family Quartet by Elizabeth Enright. The series opens with The Saturdays, a family of four children, their father and housekeeper Cuffy who live in New York city. The children Mona is 13, Rush 12, Randy 10.5 and Oliver 6 are intelligent and extremely creative. In the second book The Four-Story Mistake the family moves to the country into an unusual architectural house. Then There Were Five and Spiderweb For Two are the last two books in the quartet, where Mark a close friend who becomes a brother joins in the tales. The children are totally likable and interesting and are very close knit, we enjoy not only reading about their adventures but reading about their interactions. We’ve read these a few times over the years. Highly recommended! 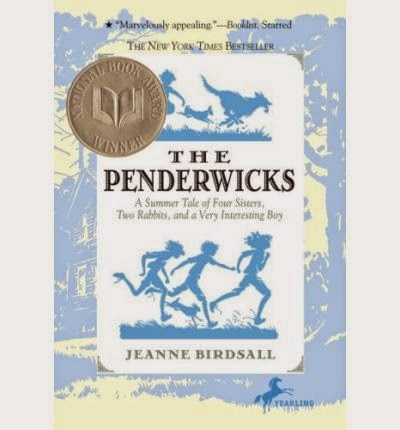 The Penderwicks by Jeanne Birdsall is another huge hit! A family of four girls, who like the Melendy family are raised by their widowed father, are an absolutely fascinating blend of personalities, we love these sisters. Who can resist a family with characters such as a four year old who always wears butterfly wings and is called Batty. Sequels are Penderwicks at Point Mouette and Penderwicks on Gardam Street. We always love sequels with our favourite friends, time to re-read with our younger children. Highly recommended. 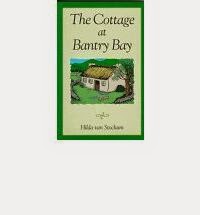 The Bantry Bay series by Hilda Van Stockum is about the O’Sullivan family who live in country Ireland in the 1930s, the older children Brigid and Michael are responsible and warm and the twins Liam and Francie are adventurous and mischievous. The series opens with Cottage at Bantry Bay and continues the adventures of the O’Sullivan family with Francie On The Run and Pegeen, the illustrations are delightful. Interwoven throughout is the Catholic faith and Irish wisdom, history and culture.  We’ve read the Bantry Bay books a few times already, a huge family favourite:) Highly recommended. 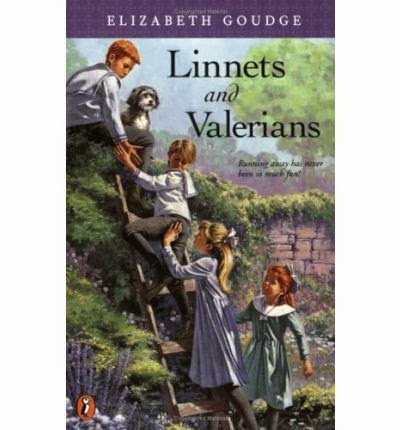 Linnets and Valerians – Elizabeth Goudge
Set in England in 1912, four siblings are sent to live with their Grandmother after their mother dies, father is away in the army. Grandmother is too strict so they make their escape in a pony cart and set off, eventually ending up at their Uncle Ambrose’s home.  Once there the children solve a mystery that ‘hangs over’ the local village through a series of adventures. Interwoven through the story are touches of ‘pure magic’, more detailed reviews to explain.  A new find which we enjoyed last year. 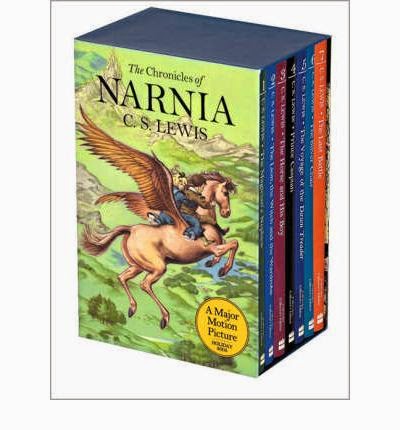 The Chronicles of Narnia – CS Lewis
The most well known book of the chronicles is The Lion, The Witch and The Wardrobe in which 4 siblings are sent to the country for safety during the War.  They discover another world on the other side of the Wardrobe, a world in which Good vs Evil and they become Kings and Queens of Narnia. Lots of sibling interaction, children confronting their weaknesses and growing in their strengths. Some of Chronicles are about Peter, Susan, Edmund and Lucy, others introduce different characters. Another I really must re-read to our younger children. Recommended. 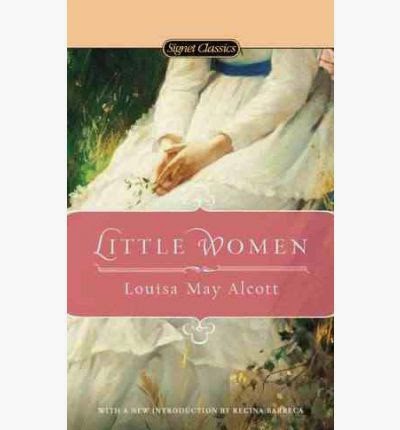 Little Women – Louisa May Alcott
The story of the four March girls who live in American during and after the Civil War with their Mother, their Father is away at War.  The girls are pretty Meg, tomboy Jo, shy Beth and vain Amy. To be honest I’m not a Little Women fan, I find the ‘girlishness’ of most of the characters insipid and irritating, though I realise I mightn’t be popular saying so. Next book in the series is Good Wives.  I am however a Jo fan, I relate to Jo which is probably why I like Little Men and in particular Jo’s Boys. 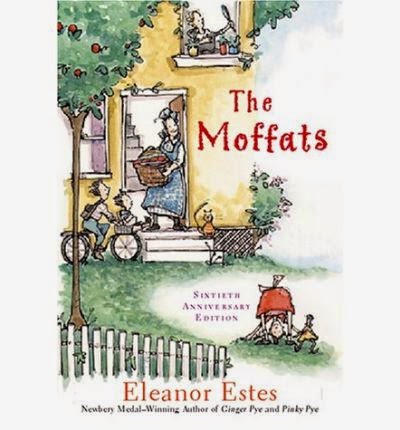 The Moffats – Eleanor Estes
We actually haven’t read the Moffats, they sit waiting on our shelves, however they sound delightful, similar in parts to Five Little Peppers and How They Grew, a widowed mother and her children, although the children sound rather adventurous and rambunctious.  Set in American during World War 1. Sequels are; The Middle Moffat, Rufus M and The Moffat Museum. 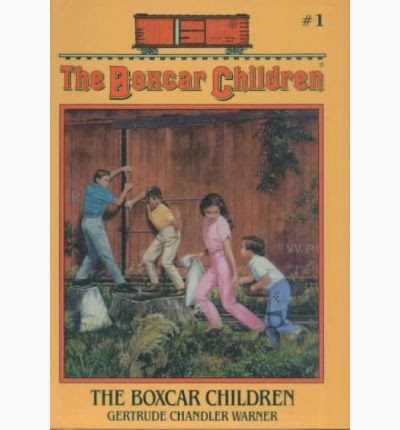 The Boxcar Children – Gertrude Chandler Warner
Four orphaned children appear in a town, frightened to live with their unknown Grandfather they make a home for themselves in an abandoned red boxcar.  We only have the first of this series, admittedly I haven’t read it though the children have read it to themselves, there are hundreds in the series. 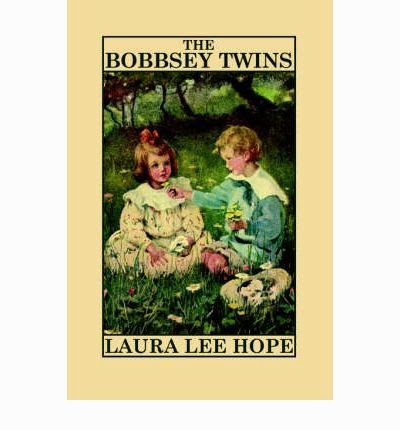 Bobbsey Twins – Laura Lee Hope
The Bobbsey’s live in Lakeport, America, Father is a prosperous lumber merchant, Mother is home full time and the children are two sets of twins. Bert and Nan are 12 and Flossie and Freddie are 6, they have lots of adventures and often solve mysteries. Written for 8 year olds, I remember the series with fondness from my childhood, however re-visiting as an adult the formulaic plots becomes ‘old’ quick and the racial typecasting of that era is a concern. The children have read them, though they haven’t held interest for too long. 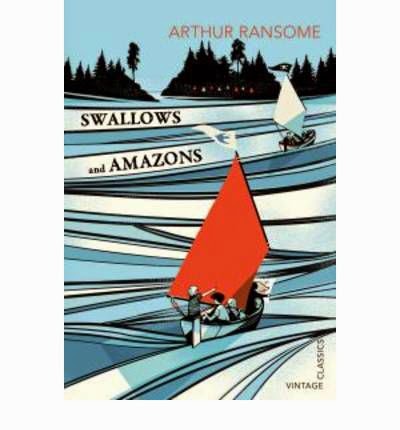 Swallows and Amazons – Arthur Ransome
The four Walker children set sail in The Swallow for Wild Cat Island, however their plans are disturbed by the fierce Blackett sisters. A battle ensues, in which afterwards all six children join forces for a memorable summer. A marvelous series, 12 books in all, full of adventures, sailing, fishing, swimming, camping, secret codes and carrier pigeons.  Our older children were wildly keen on the Swallows and Amazon books, though the younger ones have yet to become fans. Recommended.