Bawshou Rescues The Sun – Chun-Chan Yeh and Alan Baillie
A folktale of a peasant who goes in search of the Sun which has been ‘stolen’.  He dies in his quest and his son in his turn fulfills the quest.

A sweet story about inquisitive duck siblings who didn’t listen to their parents advice and wandered down their stream to the Big River. Many dangers nearly befall them but they luckily advert all and make it down to the River and back home again safely. Cute.

A folktale of five brothers who have different talents and how they use these talents to outwit the executioner. Simple and appealing.

The Magic Pillow – Demi  A poor boy named Ping is give a magic pillow and dreams of what a lifetime of wealth and power would be like, he concludes the riches of family and freedom are much more valuable.  Based on a famous Chines folktale. Exquisite illustrations.

The Great Wall of China -Leonard Everett Fisher
A very readable but informative picture book of the building of China’s wall to keep out the Mongol’s hordes.  Well worth having. 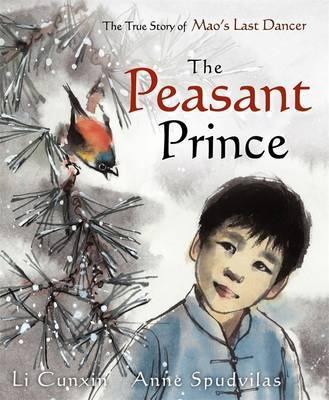 The Peasant Prince by Li Cunxin author of Mao’s Last Dancer is a condensed picture book version of  his chapter book.  The Peasant Prince is bright and attractive and the text describes his childhood in a very poor village and the moment he was selected for the ballet. 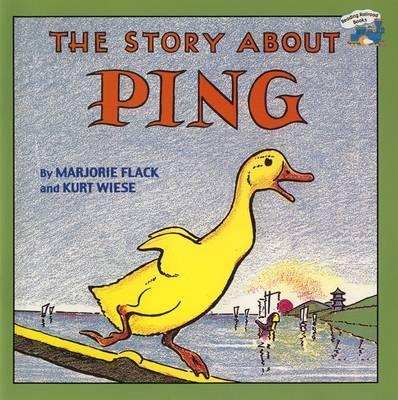 The Story about Ping by Marjorie Flack is so captivating and appealing.The hero is a spirited little duck who lives on a boat in the Yangtze River.  His adventure is told  with a rhythm that is catching.  A timeless classic.

The Emperor Who Built the Great Wall of China – Jillian Lin

A fascinating picture book that introduces children to the first Chinese emperor, whilst easily understood, the book is packed with information. We learn how the seven kingdoms became one, of the unity Emperor Qin Shihuang bought to China through the use of one coinage and one writing system, of how he built roads and rivers. Yet we also learn of his cruelty to the people and destruction of all books. It was under Emperor Qin that the Great Wall of China was built in which more than one million men died during its construction, he also built a massive underground tomb for himself for after his death. The book concludes with yet more facts and a test your knowledge section.

A classic Chinese legend telling the story of a boy who nearly drowns in a well because his brother cannot pronounce his very, very long name fast enough for an old man to save him. This is the legend of why Chinese now have very short names. The drawings illustrate rural China.  My children just loved the name and rolled it off their tongues for days after and copied it and stuck various size papers around the house with Tikki Tikki on it.

The Cloudmakers – James Rumford was a big winner.  The pictures were soft and inviting and the storyline was a true education, and based on a fact as well.
Many, many years ago men from Kazakhstan were raiding over the border of China.  During one such raid a grandfather and his grandson were swept up in the raid.  They were to be sold as slaves until it was stated that they could make ‘clouds.’  They were given 7 days to prove they could, using their hemp sandals the little family set about making paper.  There follows a detailed and amazing account of the process.  They were successful and went to Arabia to teach others their trade.  From here paper making spread westward.
Princess and I were so taken with this book that we set about making our own paper. 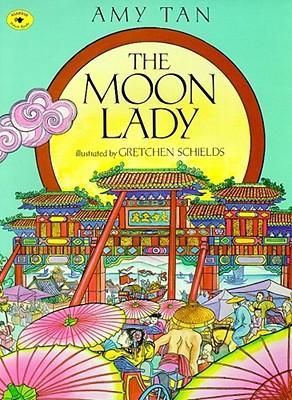 Ying-Ying, the grandmother of three liitle girls, tells  a tale from long ago. On the night of the Moon Festival, when Ying-ying was a little girl, she encountered the Moon Lady, who grants the secret wishes of those who ask, and learned from her that the best wishes are those you can make come true yourself. Bright illustrations. 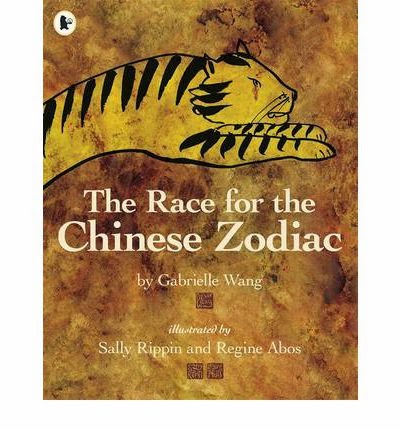 The Race for the Chinese Zodiac – Gabrielle Wang

A long time ago in ancient China, the Jade emperor, ruler of heaven and earth proclaimed a great race, the first twelves animals to cross the river would each have a year named after them.  Some animals raced honestly, some deviously, some helped others, some were focused, some distracted.  Thus became the Chinese Zodiac.  Our children find the Chinese Zodiac rather interesting so this was a good find.

Everyone Knows What a Dragon Looks Like by Jay Williams is a fascinating story.  A Chinese Town on the border is in danger from approaching marauders. They need saving but when a ‘fat little old man’ arrives claiming he is a dragon no-one listens except for a poor orphan boy who offers him hospitality.  For the child’s sake the Dragon saves the Town. Great story.

A young aspiring dancer finds a scrap of beautiful ‘peacock’ material in her Grandmother’s Treasure Box.  Her grandmother shares with her an untold story.  Both her Grandmother and her Mother were also dancers, both wore a beautiful dress for their dancing debuts, the dress was a treasured family possession, until one day during the Chinese Cultural Revolution soldiers destroyed the dress, all that was left was the scrap.  The grandmother made a new dress for the young girl’s dance debut and sewed the scrap of ‘peacock’ fabric into her dress.  Heartbreaking, poignant, and generated plenty of discussion in our home about the Cultural Revolution and Communism.  Lovely illustrations. Would also suit for Chinese History.

The Jade Stone: A Chinese Folktale – Caryn Yacowitz
Tells the story of when Great Emperor of All China commands a stonecarver to carve a Dragon of Wind and Fire in a piece of perfect jade, but the carver, Chan Lo discovers the stone wants to be something else and risks the ire (and his life) of the Emperor to carve what the stone wants.

The chapter books shared are all set after Mao’s Revolution

China Coin- Allan Baillie.
A story set in modern China.  Leah and her mother visit China to search for long-lost  relatives, their search for an ancient coin that has been in the family for generations leads them to experience Chinese life in the provinces under Deng;s rule.  The book culminates in the Tienanmen Square massacre.  To be really honest Allan Baillie is not an exceptional author and the daughter Leah had an attitude that grated, but the book was good for its portrayal of Chinese life. 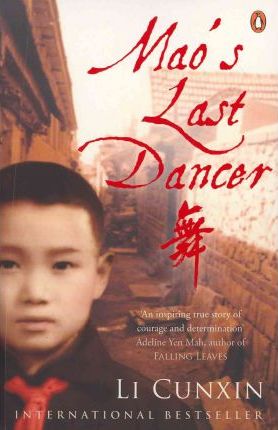 Mao’s Last Dancer – Li Cunxin.
The memoirs of  the author who is chosen from a farm commune to train in Beijing as a ballet dancer.  Under a grueling regime of exercise he achieves international success and defects to the West.  We read the edition adapted for younger readers. 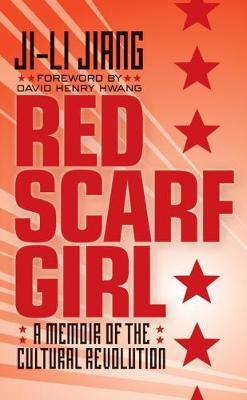 In 1966 Ji-Li Jiang turned 12. An outstanding student and leader, she had everything – brains, the admiration of her peers, and a bright future in China’s Communist Party. But that year Mao Zedong launched the Cultural Revolution, and everything changed. Intelligence suddenly became a crime, and having wealthy ancestors meant persecution – or worse. Over the next few years, Ji-Li and her family were humiliated and scorned, and lied in constant terror of arrest. Finally, with the detention of her father, Ji-Li was faced with the most difficult choice of her life. She could denounce her father and break with her family, or she could refuse to testify and sacrifice her future in her beloved Communist Party.

Ties that Bind, Ties that Break – Lensey Namioka.
In China in 1911, all girls of good families had their feet bound. Young Ailin, Third Sister in the Tao family, having witnessed her two older sisters suffering this tortuous practice, refuses to follow the ancient tradition. As a result the family of her intended husband breaks their marriage agreement and Ailin finds that her own family, shamed by her decision, will no longer support her. When her father dies, her cruel uncle says she must earn her keep either as a concubine or as a nun. But Ailin has an indomitable spirit and bold convictions and is determined 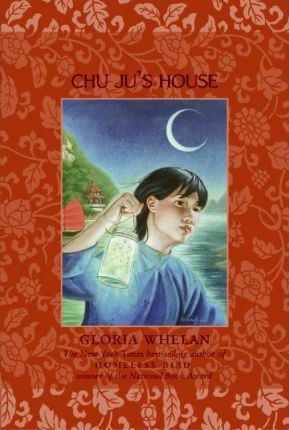 When a girl is born to Chu Ju’s family, it is quickly determined that the baby must be sent away. After all, the law states that a family may have only two children, and tradition dictates that every family should have a boy. To make room for one, this girl will have to go. Fourteen-year-old Chu Ju knows she cannot allow this to happen to her sister.Understanding that one girl must leave, she sets out in the middle of the night, on a remarkable journey to find a home of her own.