Written about the Red Baron, the greatest German pilot in WW1. It was interesting to read about the War from the view point of Germany. 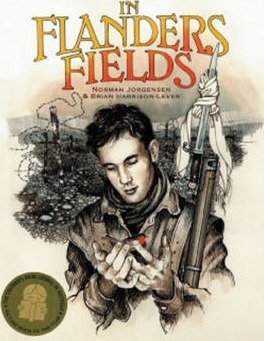 It is Christmas Eve on the Great Western Front, when one soldier ventures into No Man’s Land to rescue a bird trapped on the barbed wire. Soldiers from both sides join together singing Silent Night. Very poignant.

A lieutenant walks away from a battle in France during World War I. Tired of the fighting and unable to see, he wants to return home to England. Four children living near the English Channel find him and provide him with food and other supplies. The children work on a plan to help the man across the channel.

A collection of short stories.

Biggles Series – Cpt WE Johns (World War 1 titles)
Originally written for adolescent boys, the Biggles books are a realistic look at life as a First World War fighter pilot. We have a rather large collection enjoyed by both boys, girls and parents alike.

In 1914, Joey, a beautiful bay-red foal, is sold to the army and thrust into the midst of the war on the Western Front.

Thomas Peaceful lies about his age and is sent to the front in France with his older brother Charlie. Using first-person narration, Morpurgo draws readers into this young man’s life, relating memories that are idyllic, sobering, and poignant. Finally, he describes how Charlie disobeyed a direct order to stay with him after he was wounded in action, fully aware of this decision’s dire consequences. Morpurgo has personalized the British tactic of executing their own soldiers “for cowardice or desertion,”.

All Quite on the Western Front – Remarque

This is the story of Paul Baumer, a young German soldier serving in the trenches in France.

Considered the “the greatest war novel of all time.” Rather graphic.

We didn’t read it.

It’s Christmas Eve, 1914, and there’s a war on. British and German soldiers sit in the muddy trenches either side of No Man’s Land, as deadly enemies. Suddenly, a strange sound fills the air. A German voice is singing ‘Silent Night’. A British sergeant joins in, and so begins a most unusual evening.

It’s 1917 and the Great War rages in Europe. When Daffy Rowntree’s brother goes missing in action, she refuses to sit safely in England, and determines to do something to help win the war. Soon she finds herself in the mud and horror of the battlefields of France, driving an ambulance transporting the wounded of the trenches.

*There are adult themes so you will need to decide accordingly. 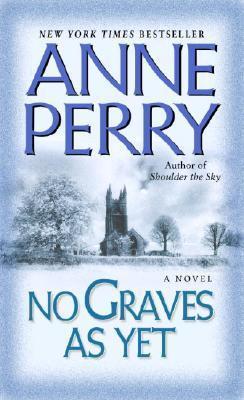 No Graves As Yet – Anne Perry

On a sunny afternoon in late June 1914, Cambridge professor Joseph Reavley is summoned from a student cricket match to learn that his parents have died in an automobile crash. Joseph’s brother, Matthew, as officer in the Intelligence Service, reveals that their father had been en route to London to turn over to him a mysterious secret document–allegedly with the power to disgrace England forever and destroy the civilized world.

By April of 1915, as chaplain Joseph Reavley tends to the soldiers in his care, the nightmare of trench warfare is impartially cutting down England’s youth. Meanwhile Matthew, an intelligence officer in London, continues his quiet search for the sinister figure they call the Peacemaker, who is trying to undermine the public support for the struggle-and, as the Reavley family has good reason to believe, is in fact at the heart of a fantastic plot to reshape the entire world.

Angels in the Gloom – Anne Perry

In March 1916, Joseph, a chaplain at the front, and his sister Judith, an ambulance driver, are fighting not only the Germans but the bitter cold and the appalling casualties at Ypres. Scarcely less at risk, Matthew, an officer in England’s Secret Intelligence Service, fights the war covertly from London. Only their sister Hannah, living with her children in the family home in tranquil Cambridgeshire, seems safe. Appearances, however, are deceiving.

At Some Disputed Barricade – Anne Perry

It’s July 1917, and as the sun sets over No-man’s-land so Joseph Reavley’s heart sinks with it. As chaplain he must keep up the men’s morale, but as rumours of mutiny grow stronger he is losing any chance of getting through to them. Joseph’s brother Matthew, of the S.I.S, is also in pursuit of the truth, whilst struggling to come to terms with his part in the Peacemaker’s death. Approached by a Junior Cabinet Minister who is being blackmailed, Matthew learns of a plot to destroy the only men who can bring about lasting peace.

We Shall Not Sleep – Anne Perry

After four long years, peace is finally in sight. But Joseph Reavley and his sister Judith, are more hard pressed than ever. Behind the lines, violence is increasing. Then Matthew, the third Reavley sibling and an intelligence expert, suddenly arrives at the front with startling news. The Peacemaker’s German counterpart has offered to go to England and expose his co-conspirator as a traitor.