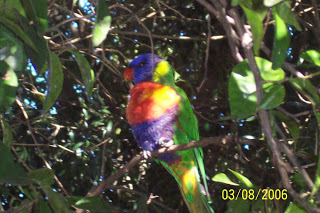 Upon introduction to Charlotte Mason her wisdom resonated with me in most subjects, however there were a few that were ‘stumbling blocks’ and we have ‘tackled them’ with varying degrees of success.

When Pam was so bold as to publicly admit she was a Nature Study Drop Out I immediately ‘yelled’, “me too”, but over time I began to ponder, was I really?  We haven’t excelled at formal studies and have abysmally flopped at nature journalling, however we have succeeded in imparting to our children a respect for, and an interest in nature itself simply by much exposure.

Reflecting upon our nature journey that covers more than a decade I began to see a pattern and decided to share our story, due to the number of years, my ruminating has developed into more than one post, so sit tight.
Beginning Part 1 – The Earliest Years

When we lived in town we had only one car, therefore the children and I racked up alot of kilometres walking, I’d load up kids and gear into/onto our solid double pram and we’d I’d walk everywhere.  We naturally observed a lot of nature being out of doors; flowers, insects, dogs, the change of seasons. We also spent many hours in our local parks, parks with trees to climb, grass to run barefoot on and waterways to explore and observe.  Those were the years we didn’t have a television so our little ones spent a lot of time climbing our own fruit trees, grubbing in the dirt and creating their own worlds in our large backyard.  This was a yard that chooks(chickens) roamed in and a great deal of local wildlife ventured into.  As a country child myself, who had run free year long over ‘hill and dale,’ it concerned me that my children were growing up in town, I was always worried that they might be nature deficient.  A backyard surrounded by fruit trees that enticed wildlife reassured me.

We discovered Charlotte Mason when Anna Maria was seven and began to make a more formal effort at nature studies.  Prior to this time our formality had consisted of reading towering stacks of nature titles and discussion.  After the advent of Charlotte Mason I began a more conscious effort to expose our children to nature opportunities.  We tried our hand at nature journalling, taking walks around the block with  notebooks in hand, sprawling on the curbside drawing flowers and insects from our neighbours gardens.  We then ventured further afield to a local playing field with natural ponding.  It was rather amazing how much natural life there was to be found when you were consciously searching.

The children enjoyed these expeditions, happy to observe and experience nature, however much grumbling was to be heard regards journalling but at that age they were still young and malleable enough to coerce;)  There were moments when nature journalling was initiated by the children, the finding of a lizard in the backyard would prompt happy sketching, or occasionally a landscape scene of the River, but journalling never really ‘caught’.

One day we invited another ‘town’ friend to join us at the natural ponding on the edge of the hockey fields.  In amongst ensuring my toddler didn’t fall in, sketching the ducks on the pond, finding a bird’s nest and discussing the pond’s flora an idea was born.  An idea that was to change our nature experience, one that was to introduce our children to a whole new dimension, to throw two intrepid mothers into a series of wild nature adventures…...to be continued ..(Part 2)

To the Outback and Home Again 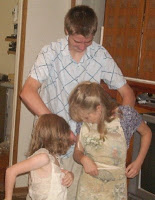