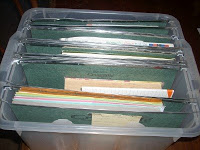 A few months back there were discussions on 4Real regarding workboxes. I particularly liked the following idea which is more suitable for a large family and limited space. 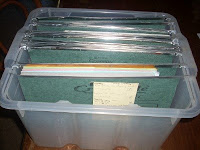 When I discussed the idea with PC we thought it would be too much work setting up and monitoring. Eventually I did set up a system but only for Princess(7) who was rather uninterested in her lessons. She was very excited when we first set up her boxes, she liked the idea of ticking off boxes on each folder, but I’ll be honest and admit they only held her interest for a day. 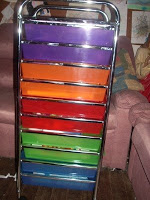 I had shared the concept however with a couple of local friends and my friend Deanne found the idea suited her family. She altered the idea and used storage trays on a trolley. 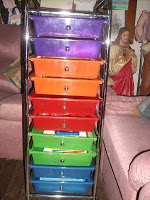 A few weeks back I purchased the trolleys during a rare moment of impulse buying. I planned to use them with my little ones. This idea has been more successful. 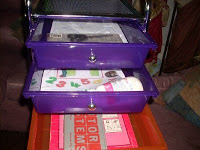 Each drawer contains activities that ‘just fives and threes’ can do independently, mostly. Maths activities, gluing and cutting, 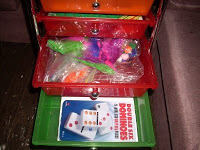 craft and board games, 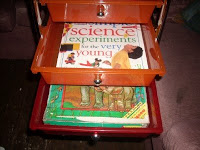 They are not used every day, some of this is due to the size limitations of our room; but nevertheless they are set up for those moments when they are needing some direction and I’m occupied with siblings.