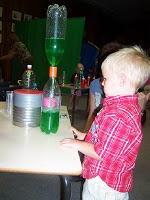 As promised some photos from the Fun Play. 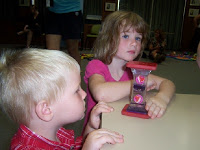 It was very well organised. When we arrived Questacon representatives read Pamela Allen’s ‘Who Sank the Boat.’ Then they led the children in a discussion of flotation and displacement, in an age appropriate manner of course, in conjunction with an experiment. 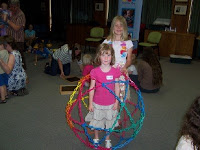 All week my children have been re-enacting with plasticine boats and gemstones. Even the bigger children have joined in the act, taking 75 gemstones before their boats sink. 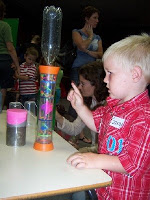 After the discussion the children were free to interact with the science centers set up. There were feathers in sauce bottles that held Jack Jack attention for a long time. He also loved turning the water bottles one way up and then again. The oil and water experiments and the balls and tunnels were all that he managed. There simply wasn’t enough time. 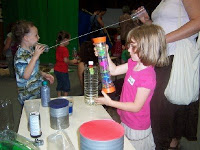 Prince Charming had really wanted to come as well and was so disappointed thta he wasn’t able to be there. It was a shame as I didn’t really have as much opportuinty to observe Jelly Bean. Fortunately though I had ‘smuggled’ Princess along and she made sure that Jelly Bean checked it all out. 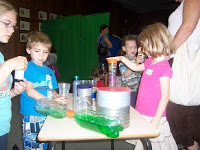 The little ones had a lovely morning. It was fascinating to see the wonder in the eyes of Jelly Bean and Jack Jack. 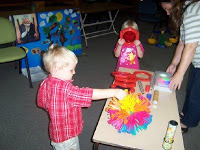 We have been re-enacting these same experiments at home, even managing to have a ‘science afternoon’ this week in which they were engrossed for a very long time.