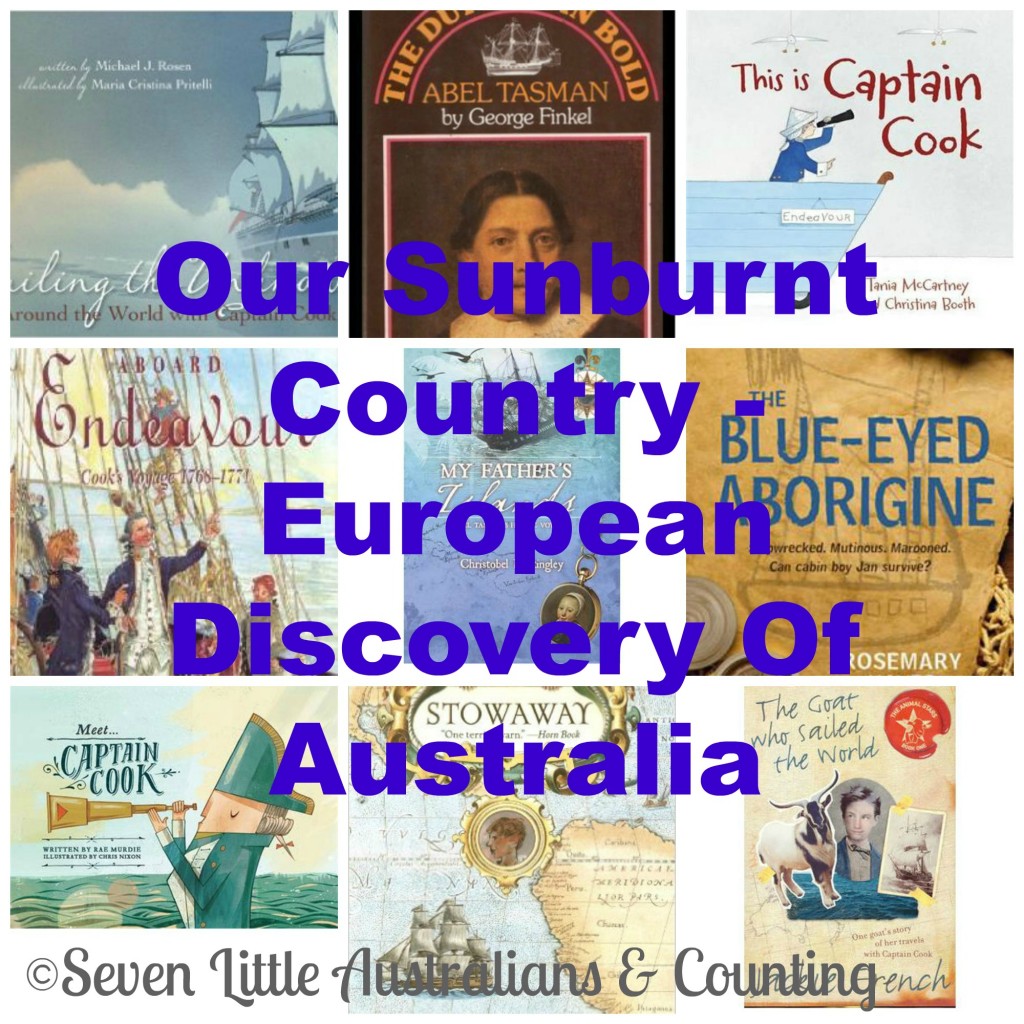 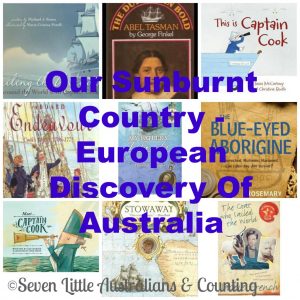 Our Sunburnt Country is one of our favourite core books of Australian history, it covers Australian History from pre-European contact through till the end of World War 2(see pg 7). As the  inclusion of living books form the basis of our learning I have collated a selection of complementary picture and chapter books to accompany each chapter of Our Sunburnt Country to broaden understanding and capture interest, on the request of one of our readers. My complementary booklist for the first chapter, Land of the Dreamtime is already available.

‘New Visitors To An Old Land,’ the second chapter of Our Sunburnt Country, focuses on the several European contacts with Australia prior to European settlement in 1788. The majority of European discoverers were Dutch sailing for the Dutch East India Company who were trading with the nearby islands of Indonesia. European sailors called Australia, ‘Terra Australis Incognita,’ unknown land of the South.

The following timeline of European contact will assist in comprehending ‘who and when’:

1606: May. Pedro Fernandes de Queirós believed that he had found the southern continent. He named it La Austrialia del Espiritu Santo, in honor of Margaret of Austria, Queen of Spain. He was actually in Vanuatu.

1606: August. Luís Vaz de Torres, Portuguese navigator sailed through the Torres Strait, between Australia and New Guinea, along the latter’s southern coast. Torres reported ‘shoals’, some of which may have been the northernmost atolls of the Great Barrier Reef.

1616: 25 October. Dutch Captain Dirk Hartog in the Eendracht made the second recorded landfall by a European, at Dirk Hartog Island on the western coast of Australia. He left behind a commemorative plate, the Hartog Plate

1622: 25 May.The Tryall under the command of John Brooke was wrecked on Tryal Rocks, northwest of the Montebello Islands. This was the first recorded shipwreck in Australian waters and first extended stay in Australia by Europeans. The crew spent seven days ashore before sailing a longboat to Bantam in Java.

1623: Dutch captain Jan Carstensz navigated the Gulf of Carpentaria aboard the Pera and Arnhem. The Arnhem crossed the Gulf to reach and name Groote Eylandt.

1629: 4 June. The Batavia a Dutch East India Company ship was wrecked on Houtman Abrolhos, off Geraldton. Mutiny ensued and at least 110 men, women and children were murdered. The Wiebbe Hayes Stone Fort on West Wallabi Island was the first European structure in Australia.

1681: John Daniel, English navigator sailing on the New London charted the west coast of Australia, including Rottnest Island and the Wallabi Group of the Houtman Abrolhos

1696: Willem de Vlamingh Dutch explorer, charted the southwestern coast of Australia, making a landfall at Rottnest Island and the site of the present-day city of Perth.

1770: Captain James Cook, English navigator and astronomer, sailing in the Endeavour charted the more hospitable east coast of Australia, and claimed it for the British Crown, as according to the European legal precepts of the era, “terra nullius” was “owned” by no-one. Captain James Cook claimed the whole of the east coast of Australia for Great Britain on 22 August 1770, naming eastern Australia ‘New South Wales’.

Finding picture books on the European Discovery Of Australia was not easy, disappointingly I was only able to find picture books for one explorer, Captain James Cook who undertook three voyages between 1768-1780 and claimed the east coast of Australia for the British Crown in 1770.

If you know of any picture books for this time period I’d love to know. 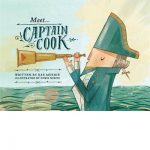 Captain Cook was the first European to discover the eastern coast of Australia. Along with his crew on the HMS Endeavor, Cook set out from England with royal orders to look for signs of the great southern land known as Terra Australis, which they chartered in 1788.  Part of the ‘Meet…’ series, picture books about men and women who shaped Australian history. Extremely informative but easy to comprehend, excellent. 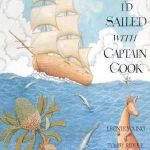 Part of the ‘Been There Done That’ series, well researched for accuracy. Written for 4-12 year olds. 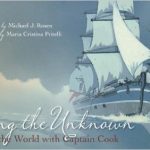 Sailing The Unknown: Around the World With Captain Cook – Michael J Rosen

In 1768, an 11-year-old sailor named Nicholas took to the seas with British explorer James Cook on a 3-year expedition of discovery, venturing into an uncharted world filled with strange lands, mysterious peoples, and peculiar creatures. Written in the shorthand style of a historical journal and illustrated with panoramic vistas this book depicts this historic journey from the viewpoint of young Nick. Haven’t read but sounds promising. 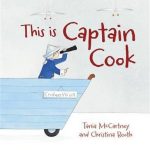 This is Captain Cook – Tania McCartney

“Captain James Cook loved to sail. He loved making maps (he was very good at it, too) and he particularly loved shiny buttons.”  Miss Batts and her class tell the story of Captain Cook with a humorous and whimsical school play. The class acts out his story as a boy and sailing on his three voyages. Children learn interesting facts in an easy manner. Written for the younger child.

Discovering chapter books on the European Discovery Of Australia was more successful that the picture book pickings, although I wasn’t able to find books to cover every European contact I was pleased with the titles I did find, they look promising indeed. 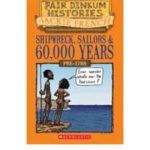 In 1493 the Pope gave Portugal the half of the world that included eastern Australia. By 1770 the Dutch had claimed the western, northern and southern coastlines of the continent-and Cook claimed the east coast for the British in 1770. But unlike the Europeans who claimed New Holland as their own, many nations of Indigenous people had already been living there for tens of thousands of years …One of books from the Fair Dinkum Histories series.

The shipwreck of the Batavia off the West Coast of Australia is a dark period of Australian History. It is a tale of mutiny, treachery, brutality, r*pe and murder. The mutineers murdered over 120 people; the elderly and ill, children and women and any who opposed them. A reign of terror that was only concluded when those who had gone for assistance to Jakarta returned. 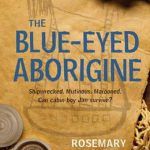 It is 1629, and there is mutiny in the air aboard the Dutch ship Batavia as she plies her way towards Java with her precious cargo. Jan, a cabin boy, and Wouter, a young soldier, find themselves caught up in the tragic wrecking and bloody revolt that follow. But worse is to come…Based on the diaries of the ship’s Commander, Jan and Wouter were indeed marooned on the mainland of Australia in the aftermath of the mutineers reign of terror. Due to the subject matter I’d recommend this novel for teens only, depending on the sensitivity of your teen, possibly older teens. Recommend you pre-read the book first.

The Devil’s Own – Deborah Lisson
15-year- old Julie travels back in time and finds herself in the midst of a mutiny off Australia’s west coast in 1629. Julie and a boy escape from the mutineers and join the soldiers battling to survive until help arrives. Help arrives at the crucial moment and the criminals are duly punished. Due to the subject matter I’d recommend this novel for the older teen. Strongly recommend you read the book yourself first.

On 24 November 1642 Abel Tasman, Dutch seafarer, explorer and merchant for the Dutch East India Company discovered land beyond the Australian mainland. Tasman named it Van Diemen’s Land, today it is known as Tasmania. 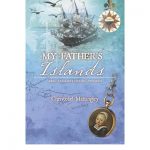 In 1640 Claesgen lives in Batavia with her stepmother, Jannetje waiting weeks and sometimes months for her father, Abel Tasman to come back from his sea voyages. When he returns Tasman delights his young daughter with tales of treacherous oceans and relentless wild weather, hazards of unseen coral reefs and endless days of empty ocean. Encounters, both friendly and hostile with indigenous peoples, murder and theft, and the threat of smugglers and pirates. 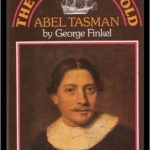 A well written and easy to read children’s biography of Abel Tasman. Covers Tasman discovering and charting new coastlines. How the Dutch ships were managed by committees and not ‘god like’ ship’s captains. We’ve a few of George Finkel’s books and appreciate his style.

On 26th August, 1768, The Endeavour set sail from England under the command of Captain James Cook an accomplished astronomer, navigator and surveyor. The ship headed to Tahiti where the company was to observe and record the transit of Venus across the face of the Sun. Cook also carried instructions from the Admiralty to explore the Southern Ocean in search of Terra Australis incognita – the unknown southern land.

On 19th April 1770 Cook spotted and claimed the east coast of Australia for the British Crown, he named it New South Wales. Cook’s first voyage succeeded in charting over 8,000km of coastline throughout Australia, New Zealand and the Pacific. 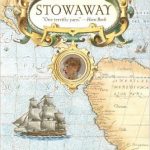 In the summer of 1768, Captain James Cook sailed from England on HMS Endeavour, beginning a three-year voyage around the world on a secret mission to discover an unknown continent at the bottom of the globe. Unknown to many is there was actually a stowaway on the Endeavour, Nicholas Young! The author has created a fictional journal filled with fierce hurricanes, warring natives, and disease, as Nick discovers new lands, incredible creatures, and lifelong friends. 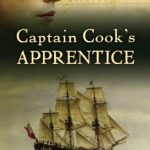 When young Isaac Manley sailed on the Endeavour from England in 1768, no one on board knew if a mysterious southern continent existed in the vast Pacific Ocean. It would be a voyage full of uncertainties and terrors. During the course of the three-year journey, Isaac’s eyes are opened to all the brutal realities of life at sea – floggings, storms, press-gangs, the deaths of fellow crewmen, and violent clashes on distant shores. Isaac is there when the men of Endeavour first glimpse the east coast of Australia, anchor in Botany Bay, and run aground on the Great Barrier Reef. The enthralling true story of Captain Cook’s voyage to Australia on the Endeavour, seen through the eager eyes of a cabin boy. 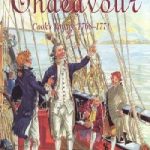 We ship aboard with the young midshipman, Isaac Smith, a real midshipman on the ‘Endeavour’ and through his eyes sail with Captain Cook on his first great voyage of circumnavigation and Pacific exploration. Isaac was the first European to set foot on the east coast of Australia. Written in the form of an imagined diary with full-page illustrations in colour and including an extensive glossary. 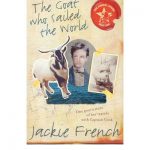 The Goat Who Sailed The World – Jackie French

The Endeavour is sailing to Tahiti to map the transit of Venus, once the task is completed, Lieutenant James Cook has a set of secret orders – orders that command him to search for the Great South Land. Isaac is twelve and has joined the crew of the Endeavour as a master’s servant, good for scrubbing decks, not considered good enough to fetch hay for the Goat who will provide fresh milk for Cook and his officers. The goat has already sailed around the world once. Over the months on board the Endeavour, a friendship grows between the Goat and Isaac. 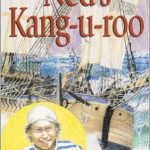 Twelve-year-old farmboy Ned Wattrous runs away to sea on the HMS Endeavour, captained by James Cook. Wrecked in the shallow waters of the great coral reef, Ned describes how they save the ship and sail into shore to make repairs. They discover weird new animals, like the great Hopping Creature and bats “like the devil hisself’. Before they can sail for home, they must find a way out through the treacherous reef, and survive the fever-ridden swamps of Batavia.

Be sure to head on over to our Online Database of Australian Books to find more books about the European Discoveries of Australia.

Making Our Own Mega Maps

We Have Some Windows!