As I shared in my previous post we are ‘traveling’ to Asia in the coming Term. I have been gathering together book titles (from home and the library), audio resources and online links. Just what countries we are visiting are primarily dictated by the books I have found.

Thanks to Marilyn for the above links. (I substituted Asia for Africa.)

Burma
*Believe it or not : a folktale from Burma – retold and illustrated by Joanna Troughton. 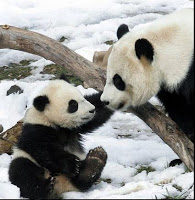 China
*King Pom and the fox – Jessica Souhami.
*The magic pillow by Demi
*The king and the seed – Eric Maddern
*The dragon and the phoenix : a folktale from China – retold by Lesley Sims
*Peacock girl – Lily Wu
*Bamboo by Paul Yee
*The boss – Allan Baillie
*The dragon’s pearl retold by Julie Lawson
*The sleeper – David Day
*Tiger by Judy Allen

Japan
Sadako and the thousand paper cranes – Eleanor Coerr
*The peach blossom princess by Katie Chase
Kazunomiya Prisoner of Heaven, Japan 1858 (Royal Diaries)
I probably won’t use this with my boys but I include for anyone with girls.

Bangladesh
Chayna, The Girl No One Wanted (Children Around The World)

India
The Jungle Books – Rudyard Kipling
Just So Stories – Rudyard Kipling
Kiran the Little Indian – John Mansfield
Jahanara, Princess of Princesses, India 1627 (Royal Diaries)
I probably won’t use this with my boys but I include for anyone with girls.

Korea
A Single Shard – Linda Sue Park
Chiho and Tong See – SC George
Sondak, Princess of the Moon and Stars, Korea, 595 (The Royal Diaries)
I probably won’t use this with my boys but I include for anyone with girls. 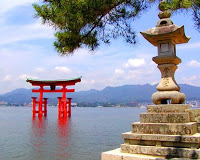 Art
Global Art: Activities, Projects, and Inventions from Around the World.

Food
*The Usborne Round the World Cookbook
Indian Recipes

If you owned the Montessori maps the following links would be fantastic. I can only dream.
Three Period Lesson
How to present the continent work to young children.
More on push pin map work. Thanks to Serendipity for the above links.

Asian Continents Box:
I’m considering a continents box for the little ones. But I’m not too certain it would be used. What do you think? Has anyone had any experience?

Mary Around the World:

Thanks to Kathryn for the following links.

Sri-Lanka
Our Lady of Madhu (Around the World with Mary)

Philippines
La Naval de Manilla (Around the World with Mary)

Japan
Our Lady of Akita (Around the World With Mary)

China
Our Lady of China (Around the World with Mary)

I still have a few more titles to add but these are the bulk; needing to hit publish for my clarity;)

Our ‘visit’ to our neighbouring continent is starting to appear to be of a longer length than one Term.