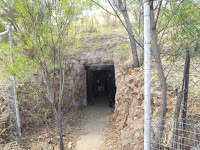 Friday morning we visited the Mt Isa Underground Hospital, built by miners during the 2nd World War.  After Darwin was bombed in 1942, Mt Isa who was only producing lead, were fearful they would be the next target. 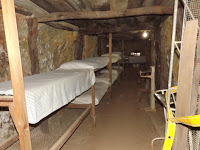 The Underground Hospital was dug in the hills behind the hospital within15 weeks.  All miners volunteered their services, working after their shifts finished at the mines, mostly mining by hand. 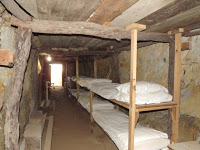 Whenever the air raid siren sounded (which sometimes happened a few times a week), all patients would be evacuated to the Underground Hospital. 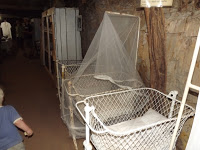 The Underground Hospital was divided into three ‘wards’.  Including maternity and babies as well as men. 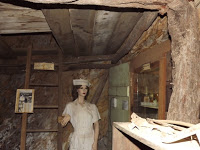 A number of museum artefacts are displayed in the Hospital as well as the ‘wards’. 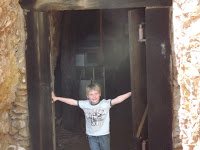 The Hospital was delightfully cool. We easily understood why after the War, the nurses continued to sleep there between their shifts.

Above ground we toured the Beth Anderson Hospital Museum.  A museum devoted to displaying many artefacts from the hospital’s earlier years.  We were delighted to find the admission fee regarded us as a family despite our size, so welcoming. 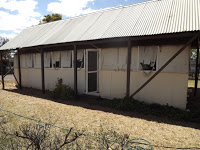 We also stopped at ‘The Tent House’, an example of the homes miners lived in during the 1930s.  Using their tent canvas as a frame, they erected fibro around.  I can’t begin to imagine how stifling hot it would have been in these homes. (The iron roof was part of preservation activity)

The trains in Mt Isa are kilometres long!  With the distances to travel, and the heavy mining loads to haul the  railways are in frequent use. 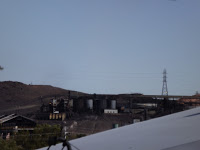 Friday afternoon PC, my brothers, Anna Maria and the three oldest boys left to camp at a nearby station.  They planned to go up in my brother’s micro-light early the next morning.  The younger children enjoyed a movie night. Then Chloe and I had a girls night; Thai, wine and chocolate with great girl company.  Staying up till the wee hours:)