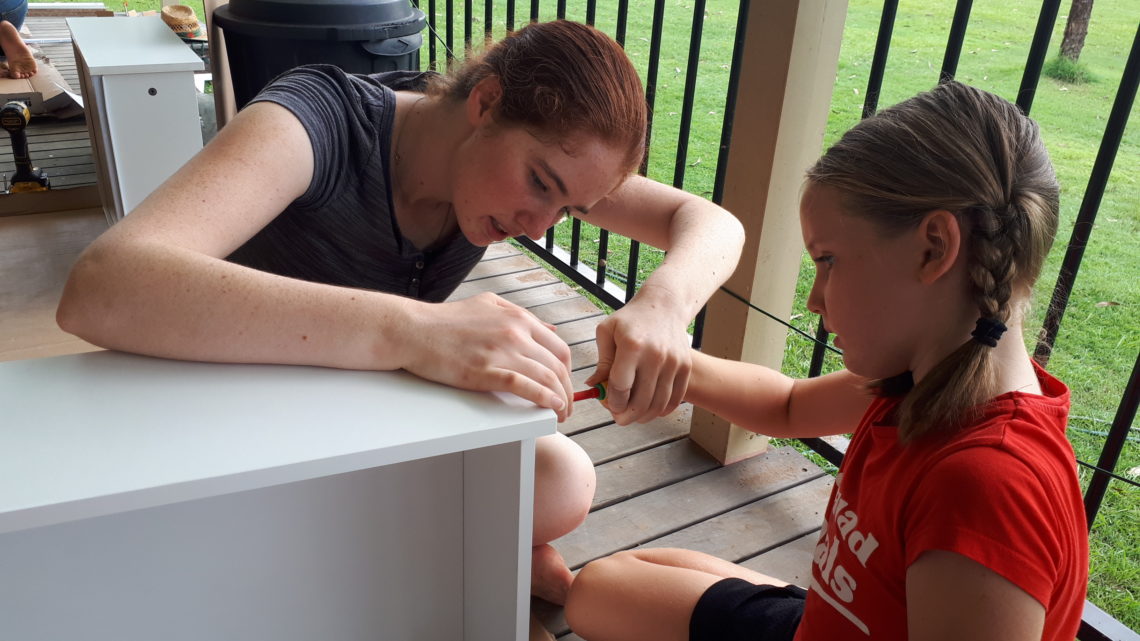 Our latest building project has brought such a buzz! Our Walk in Wardrobe was built in a day! We’ve been at this owner builder gig for over a decade now. In all this time we’ve never had a project decided upon, executed and completed with such speed. I’m still marveling over it a month later.

We’d long intended to custom outfit our Walk in Wardrobe, but meanwhile made do with two chest of drawers. Occasionally we’d chat about design and needs. A few months ago I sought quotes from a couple of companies. One measured but we never did get that quote despite numerous attempts. The other gave a rough ball park figure but used materials, wire shelving/drawers, that we didn’t want. One day when visiting friends we noted they had modified a flat pack kitchen into a walk in wardrobe, inspired we decided to go that way.

A couple of weekends later I woke up and spontaneously suggested to PC that we call into Bunnings that day and see what they could suggest. By 9am we were at Bunnings but unfortunately the kitchen ‘guru’ didn’t work weekends, we were heading out the store when we noticed flat pack wardrobes!! We were happy with the look and quality. We pondered what configuration we wanted and just how many of the units we could fit into our space. Then back home for a final measurement and to grab the van for transportation. 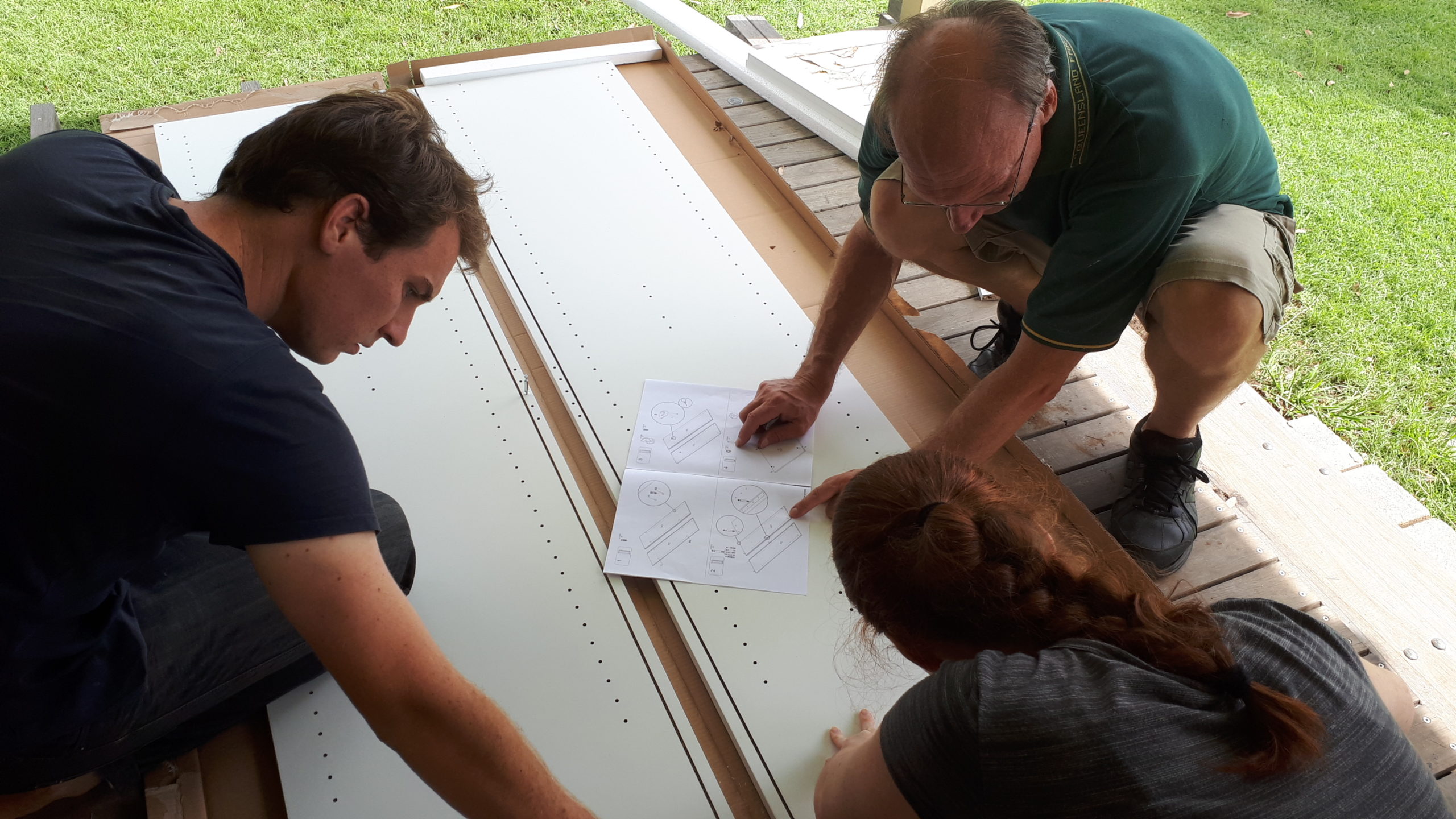 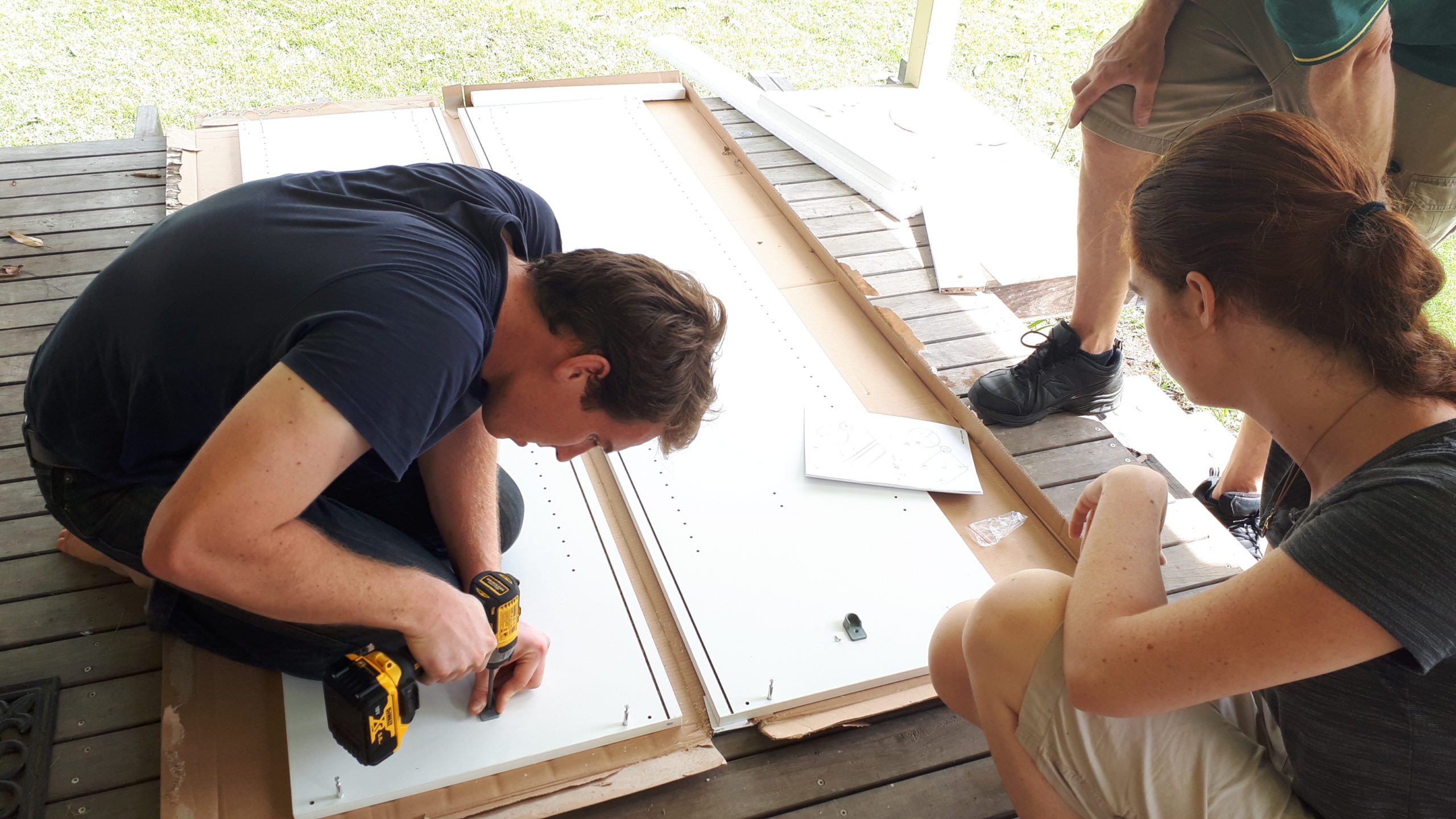 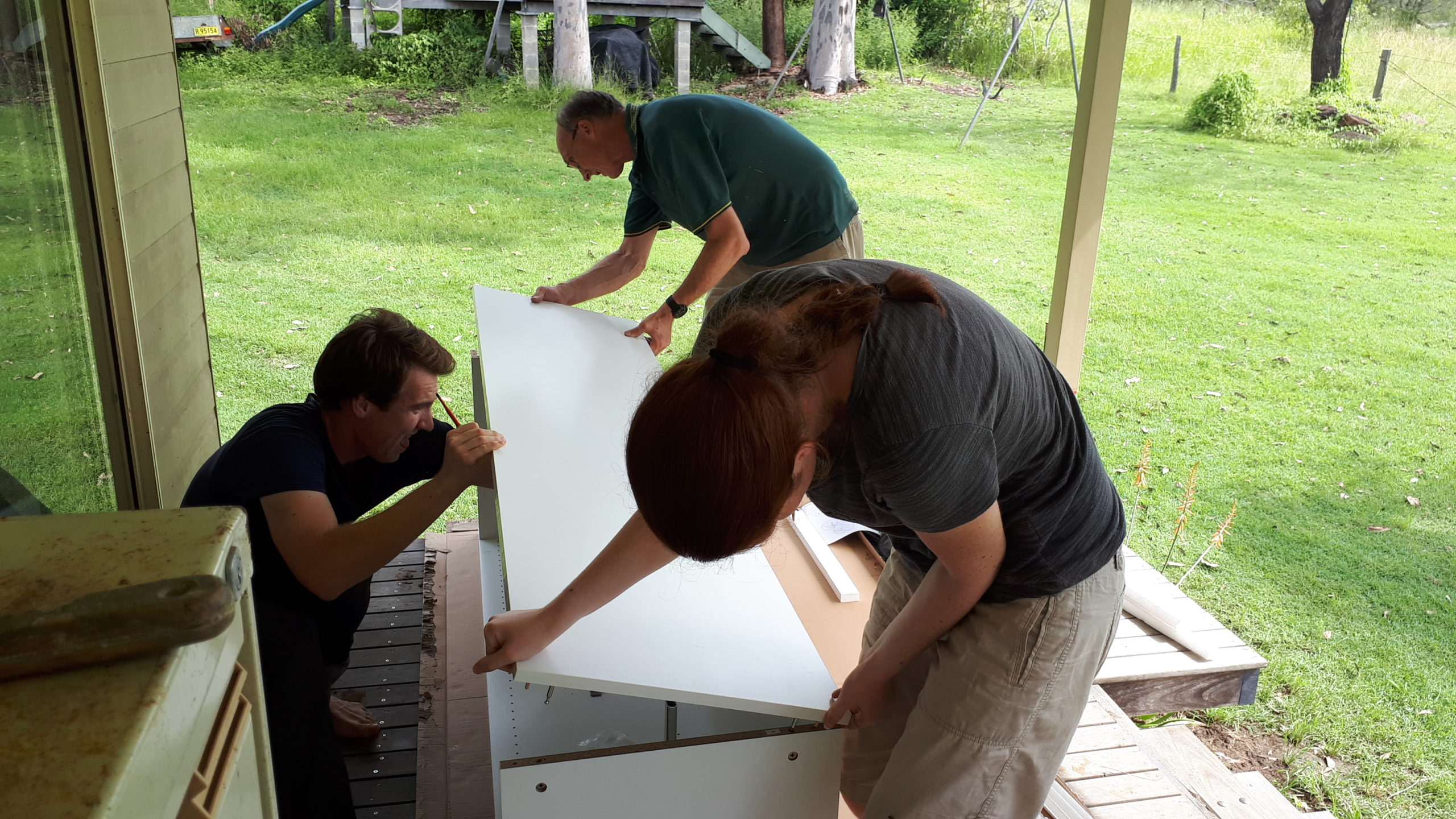 By 2pm we had arrived back home, and were putting the flat packs together. 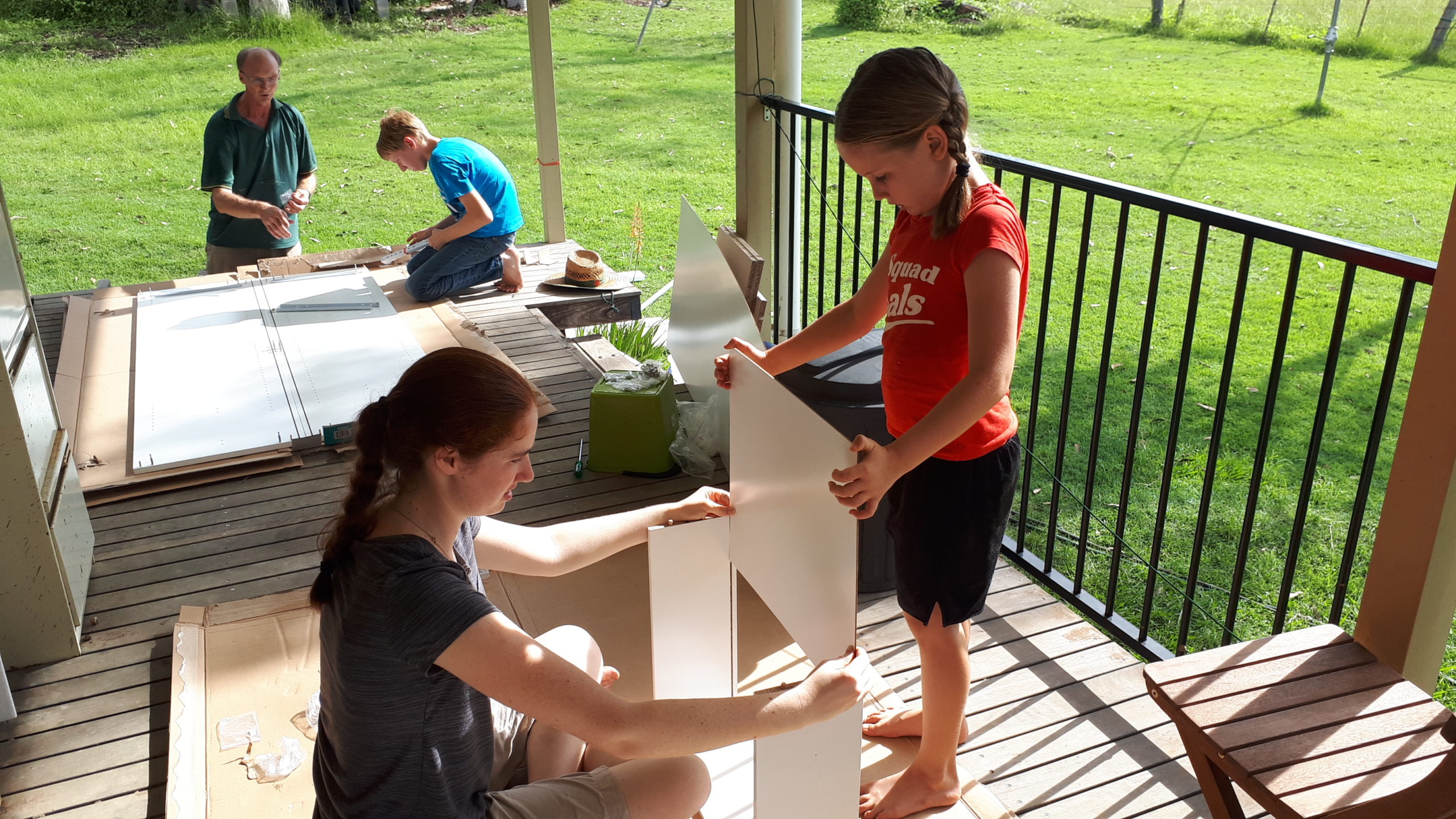 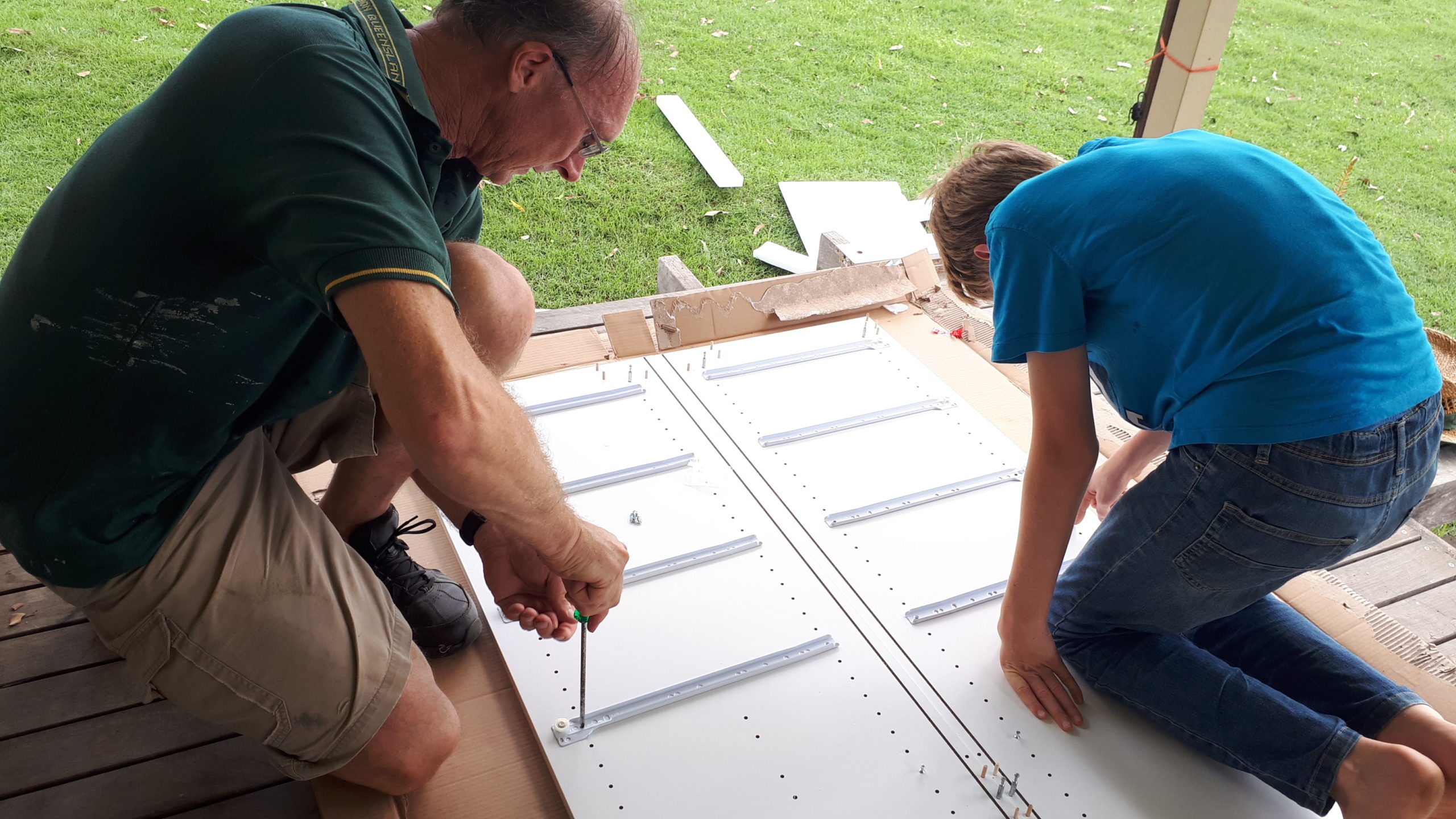 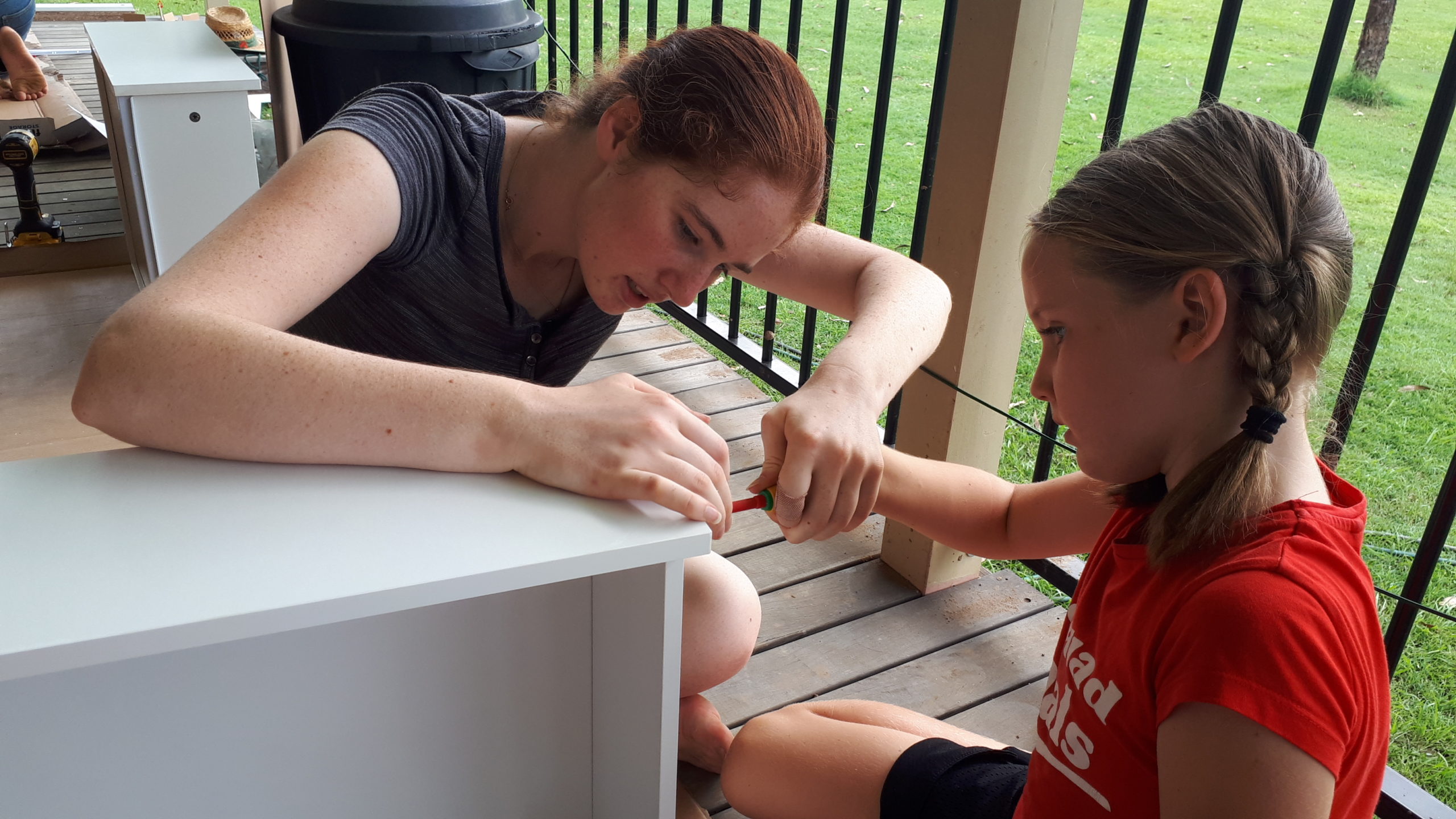 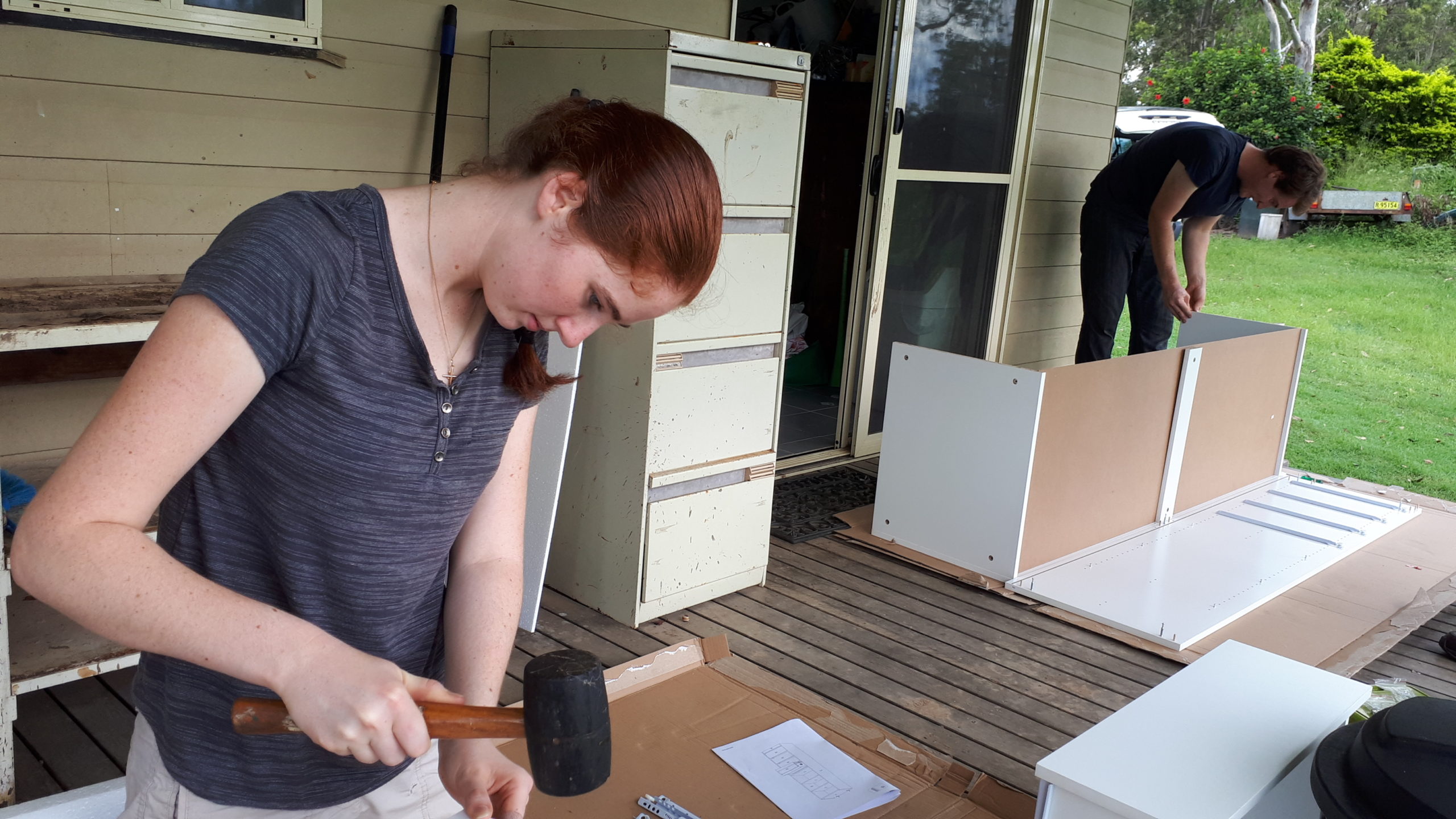 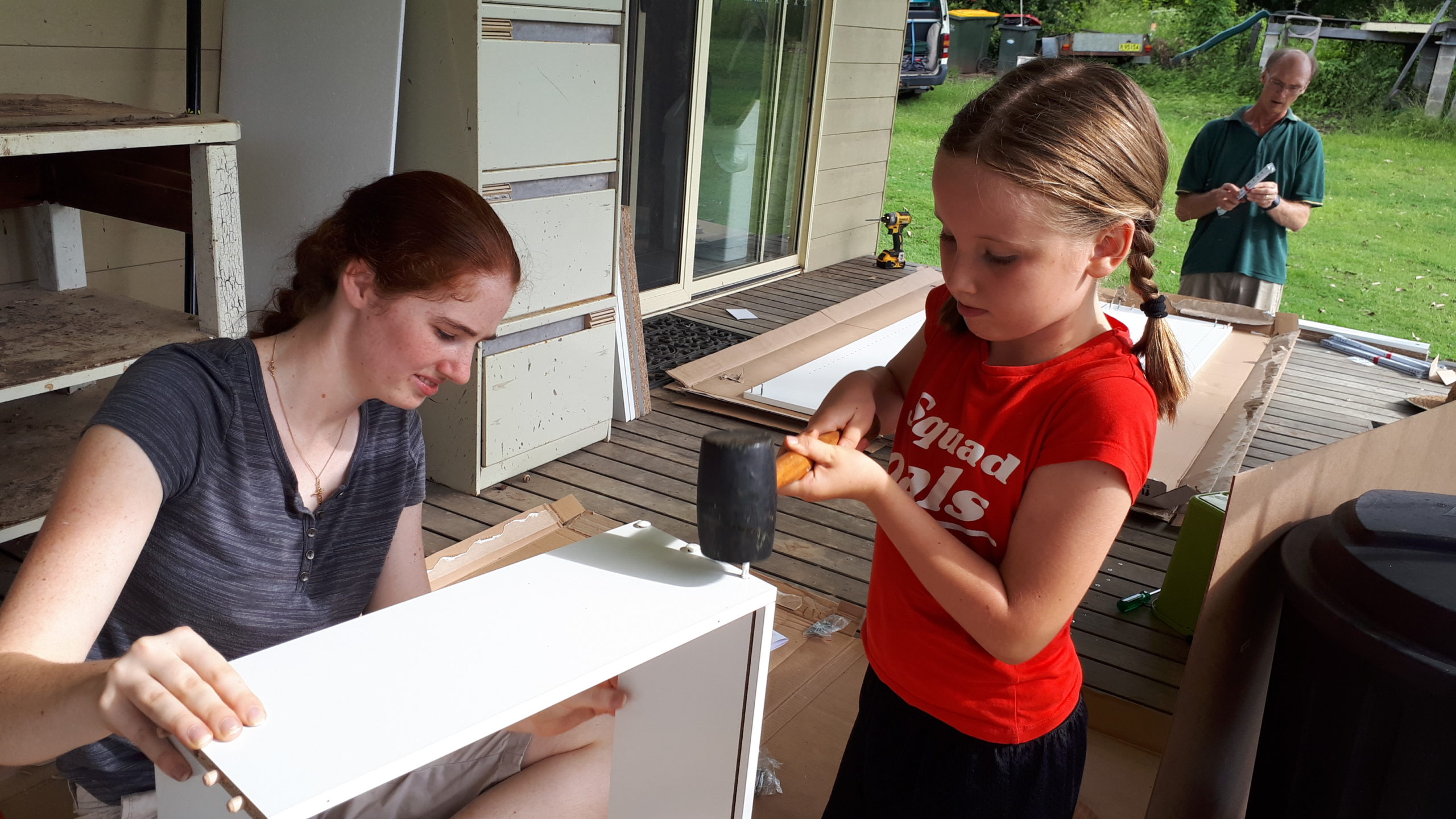 This was our first experience buying a flat pack, and I loved it!!! The ease, the pace and surprisingly the quality was pretty decent. (the kitchen doesn’t qualify as it was from a Cabinet Makers, though we talked them into allowing us to put it together, saving thousands.) As the walk in wardrobe isn’t as high a traffic area as the kitchen is I feel a flat pack quality will be quite suficient. The flat pack was advertised as not needing any tools other than the Allen key supplied. Reality is it’s much faster with a drill and soft mallet. 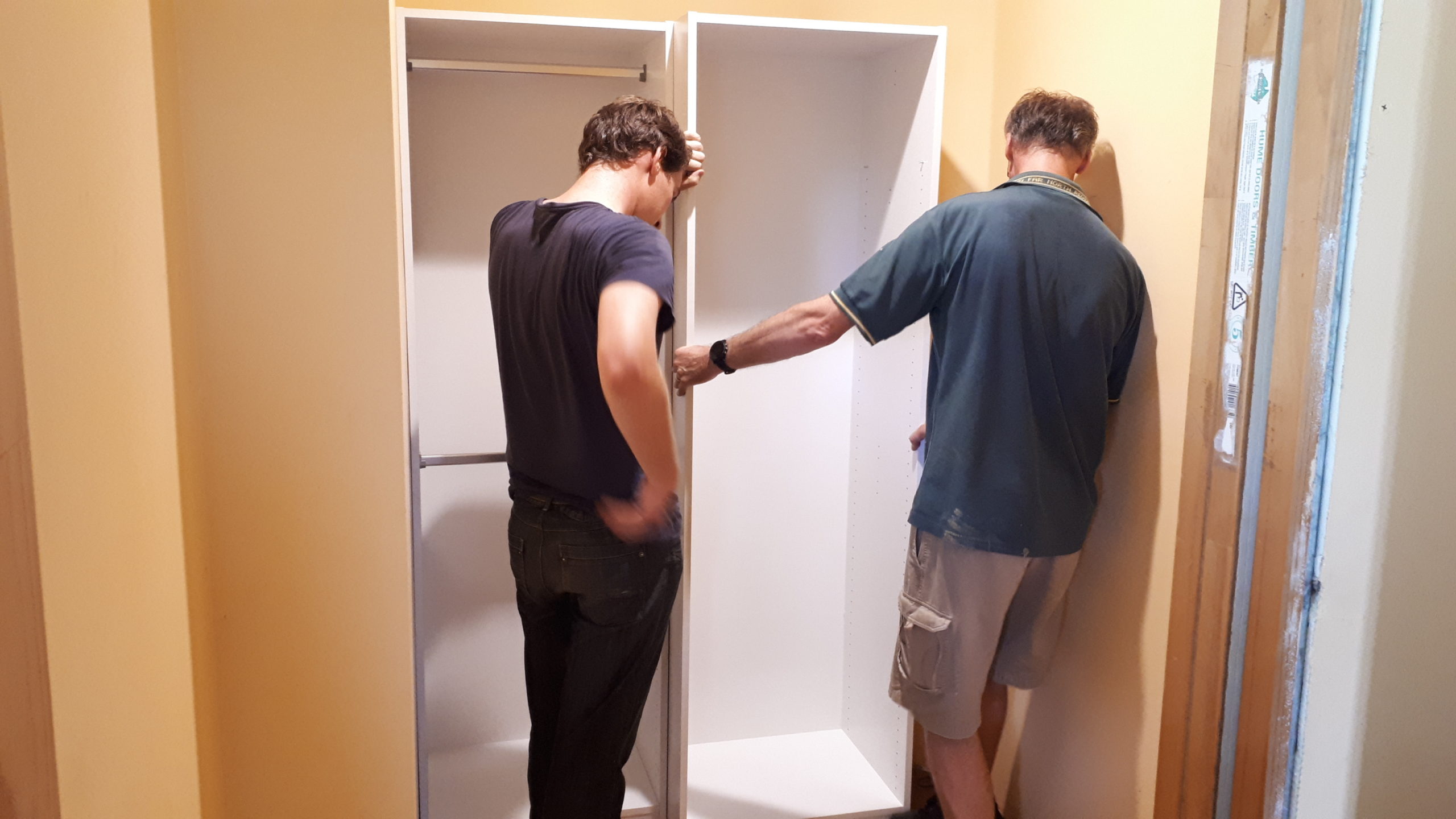 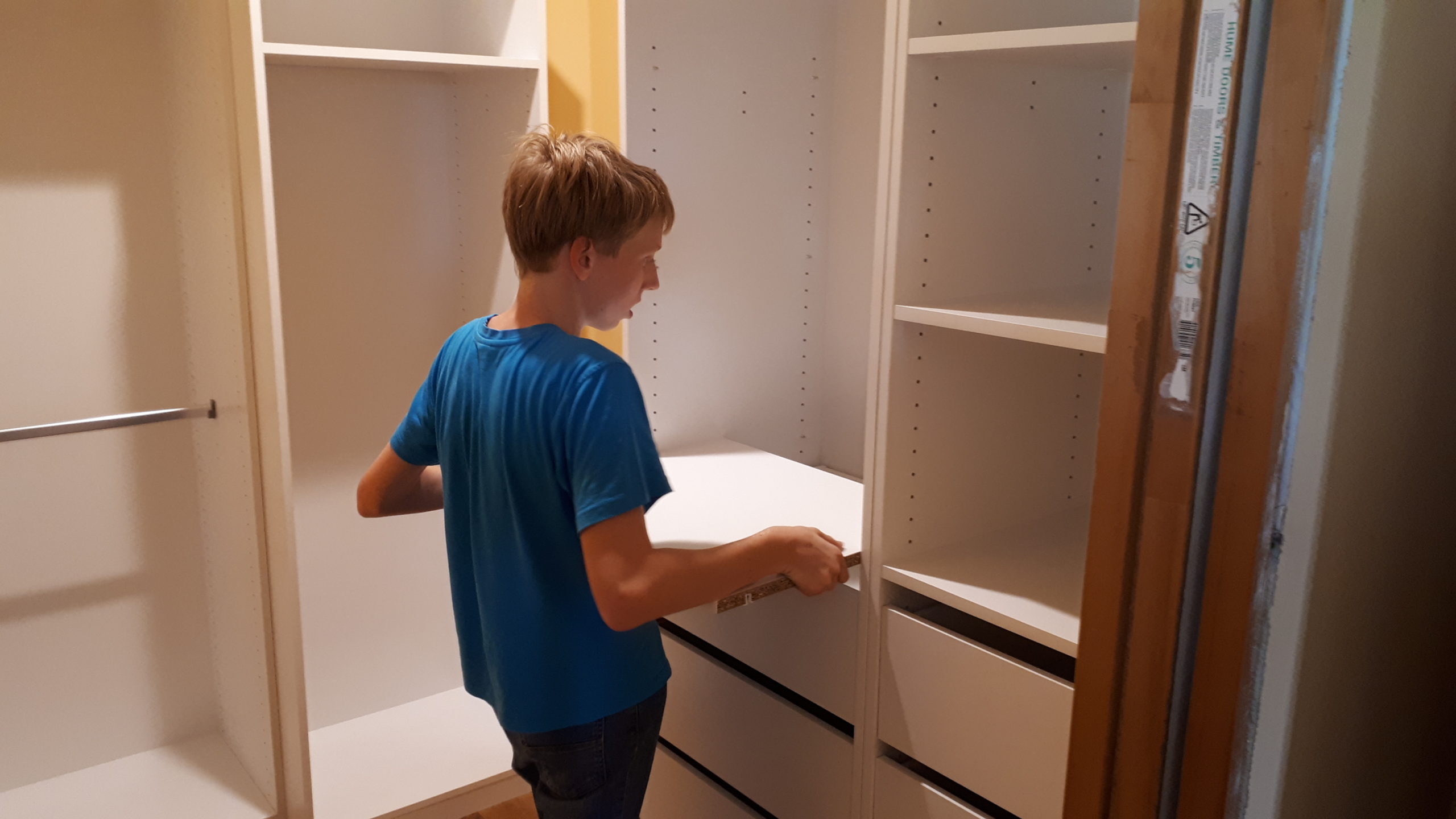 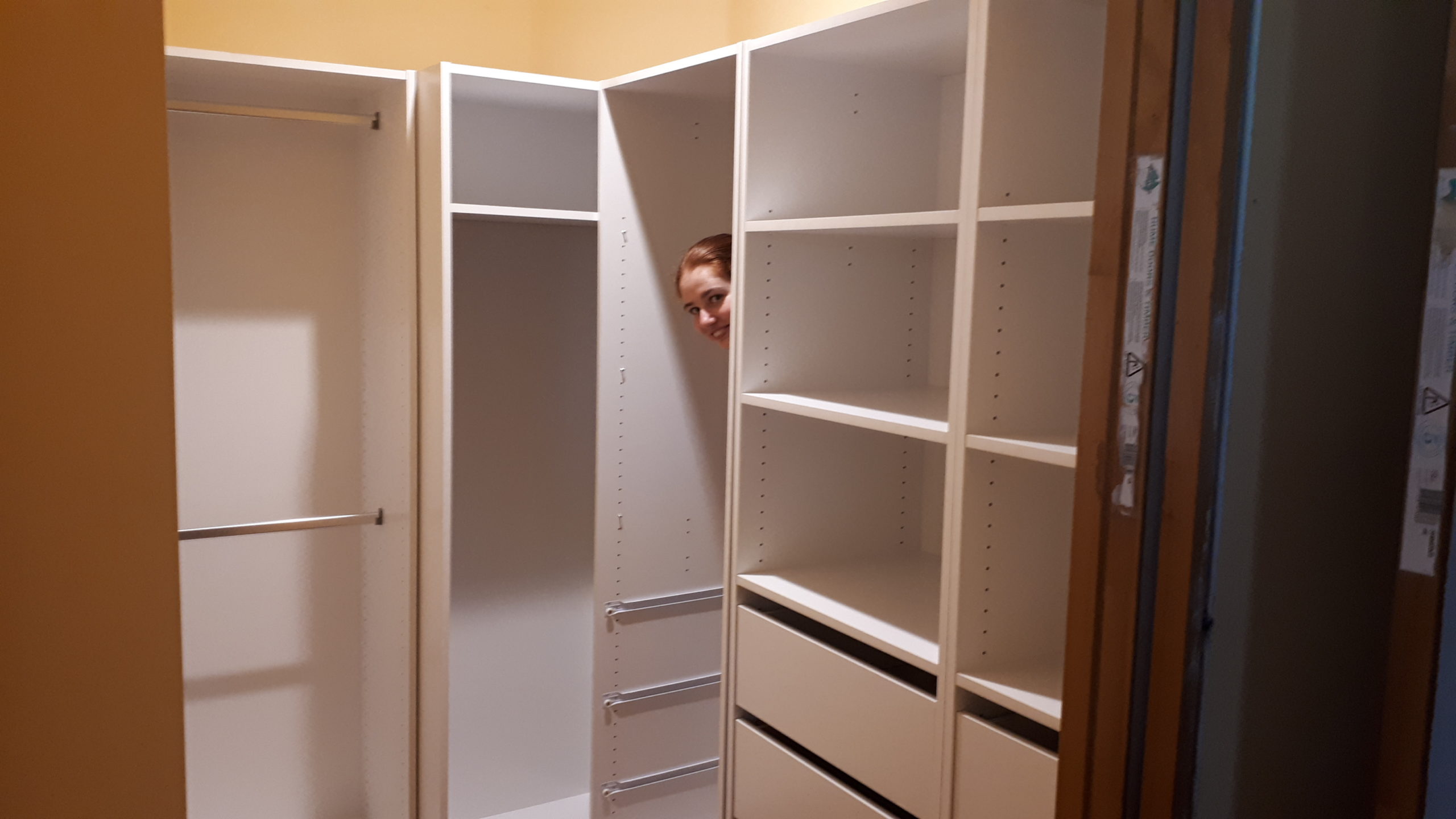 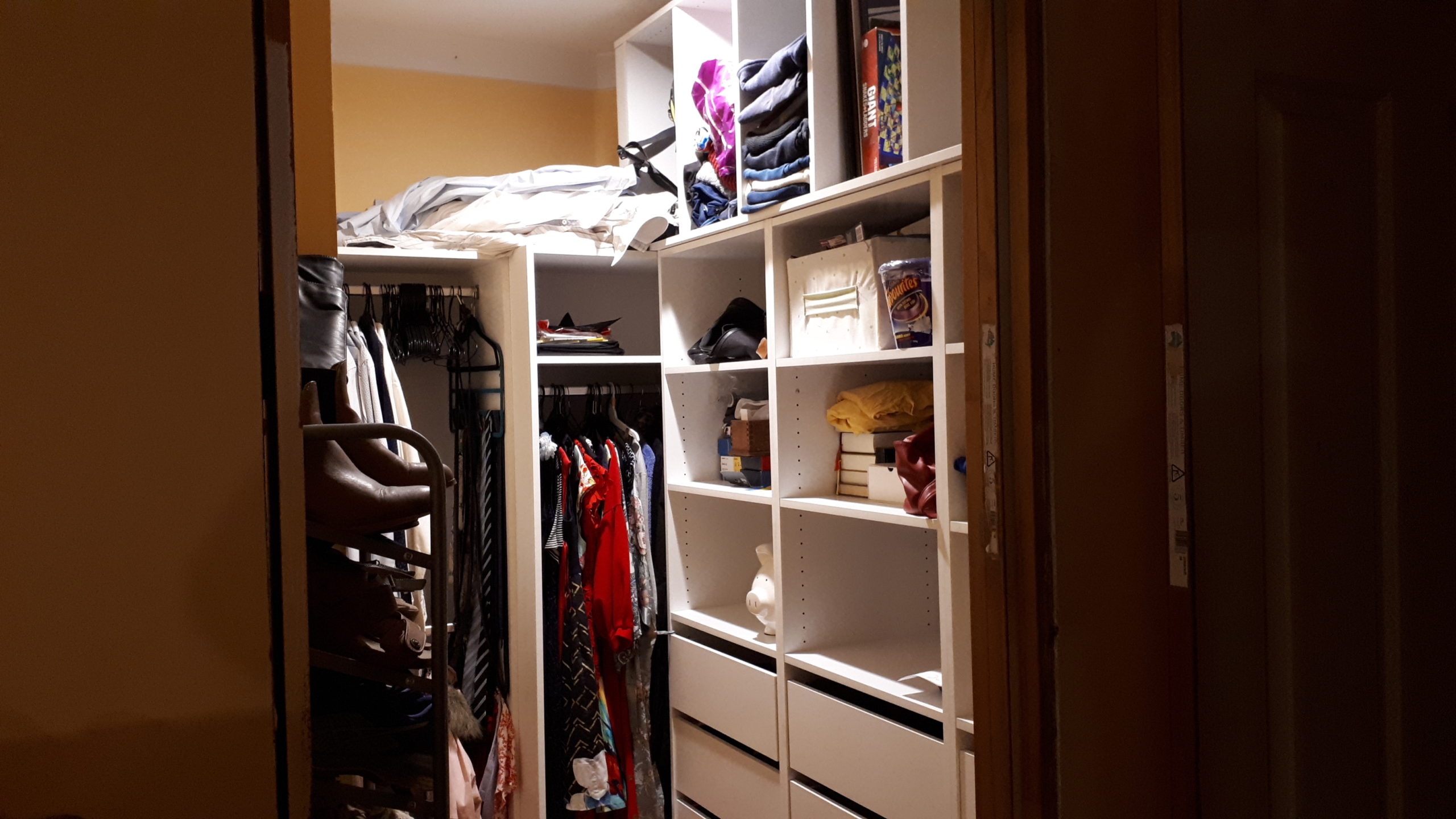 By dinner we had the six units put together and all bar one unit installed! The top unit went on after dinner.  We created a combination of drawers, shelves, long and short hanging and the cubes on top.

I’m still marveling over it a month later and how fast it all came about. A Walk in Wardrobe in a day! Still beaming with happiness.