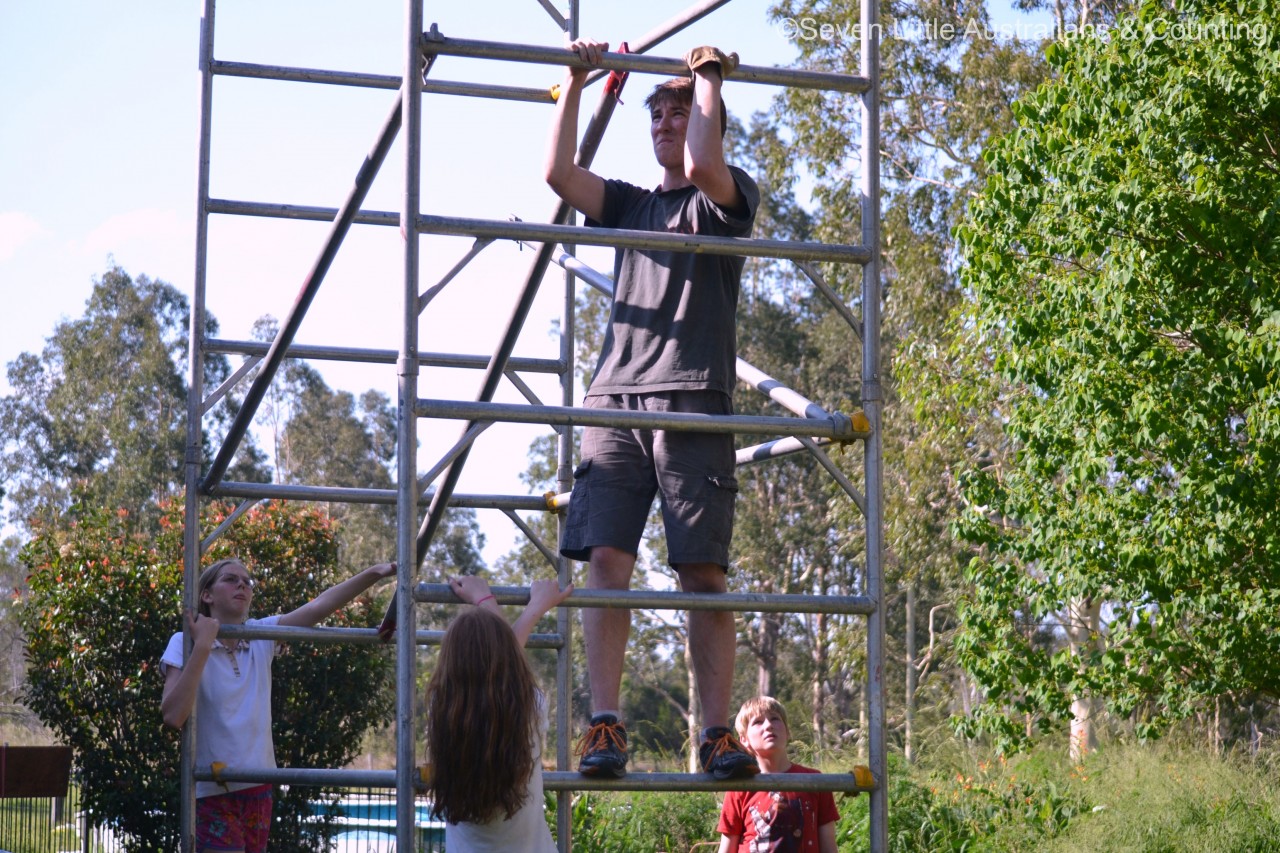 *Continuing the chronicles of this week as we re-roof our ‘old house’. 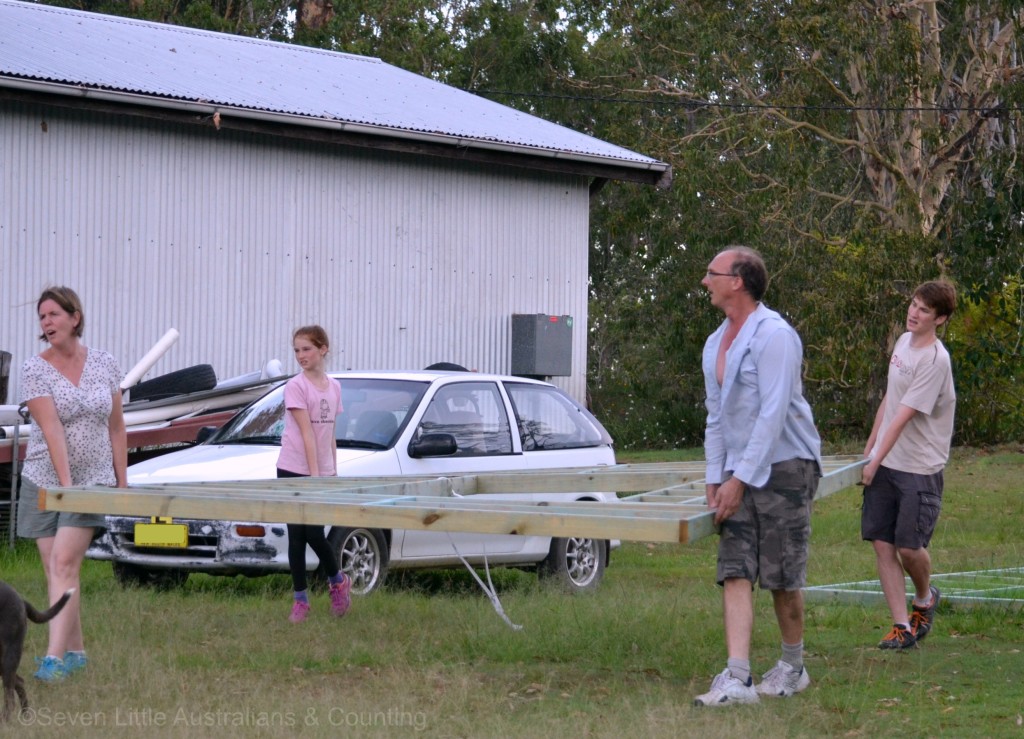 After demolishing the front of our house, the next task was to install the front wall frame and pull down the existing roof. We began this task Monday afternoon only to run into our first ‘glitch’, besides the intense heat and rain that is. 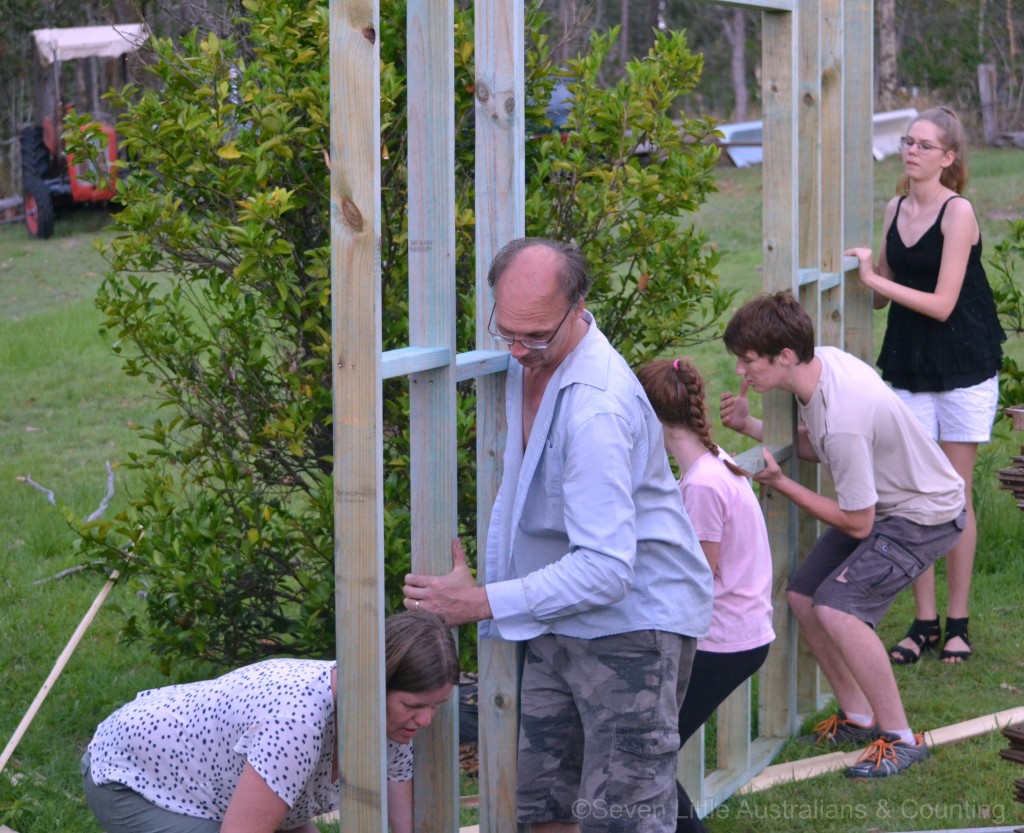 Anytime old materials are involved when building/renovating it’s guaranteed the job will take longer, sometimes it’s a minor job, sometimes a major one. When double checking all was ‘good to go’ for installing the front wall, PC discovered the supporting joists under the front of the house was only a single, whereas today’s building code calls for a double joist for a load bearing wall.  Most of Tuesday was spent planing and ‘wriggling in’ the bearer between the existing floor and bearers. 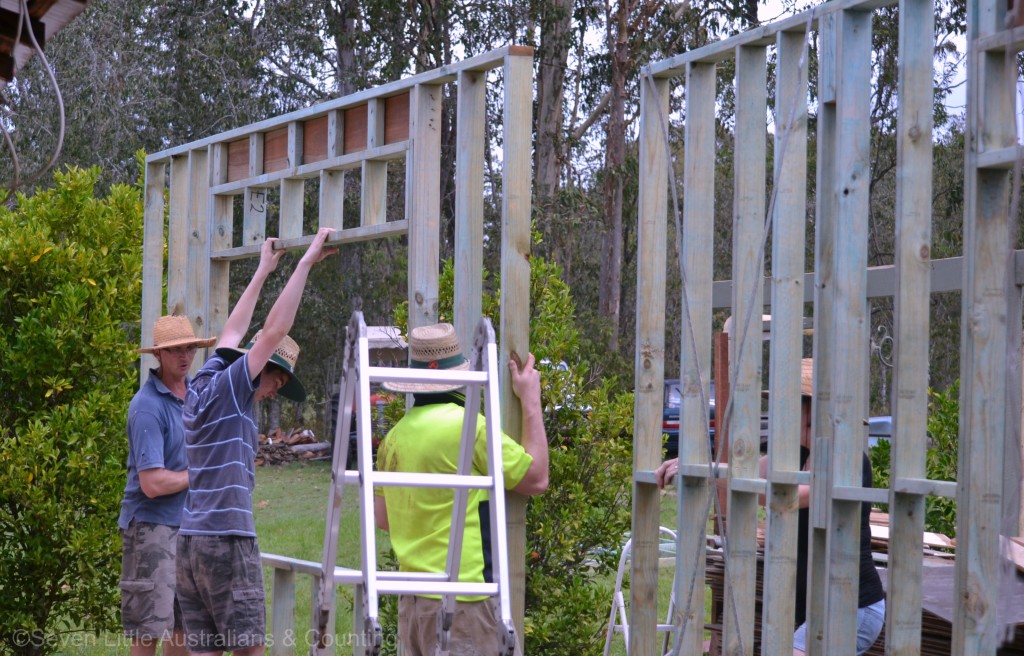 My brother arrived Monday night to help, he generously gave up five days of his holidays to work non-stop.  He was a massive help, thank you little bro! 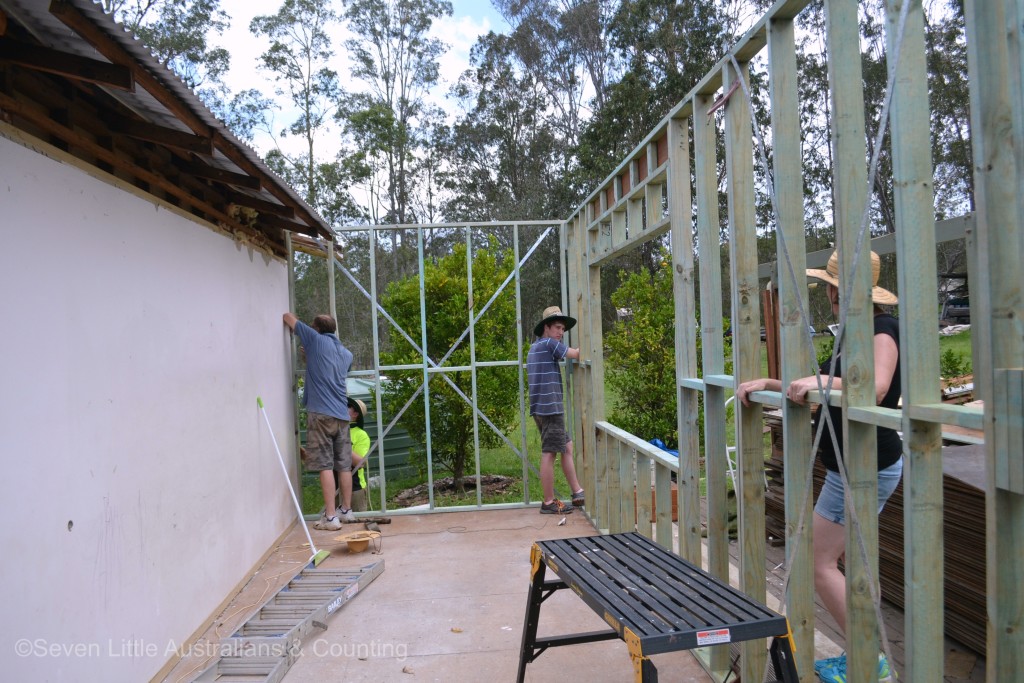 Tuesday and Wednesday were once again a soaring 40C/104F, therefore we again lost hours each day having to rest during the hottest part.

By Tuesday afternoon the walls were finally able to be installed, 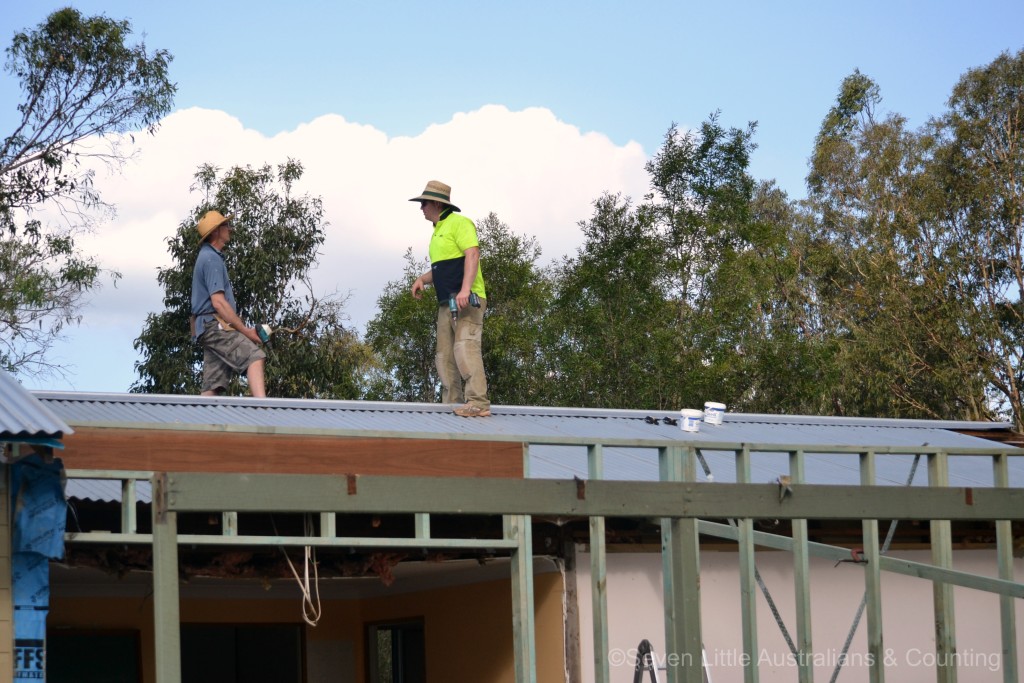 then work continued until dark, moving onto taking the tin off the roof.

Water damaged ceiling here, high on the new job list is to rip it all down. 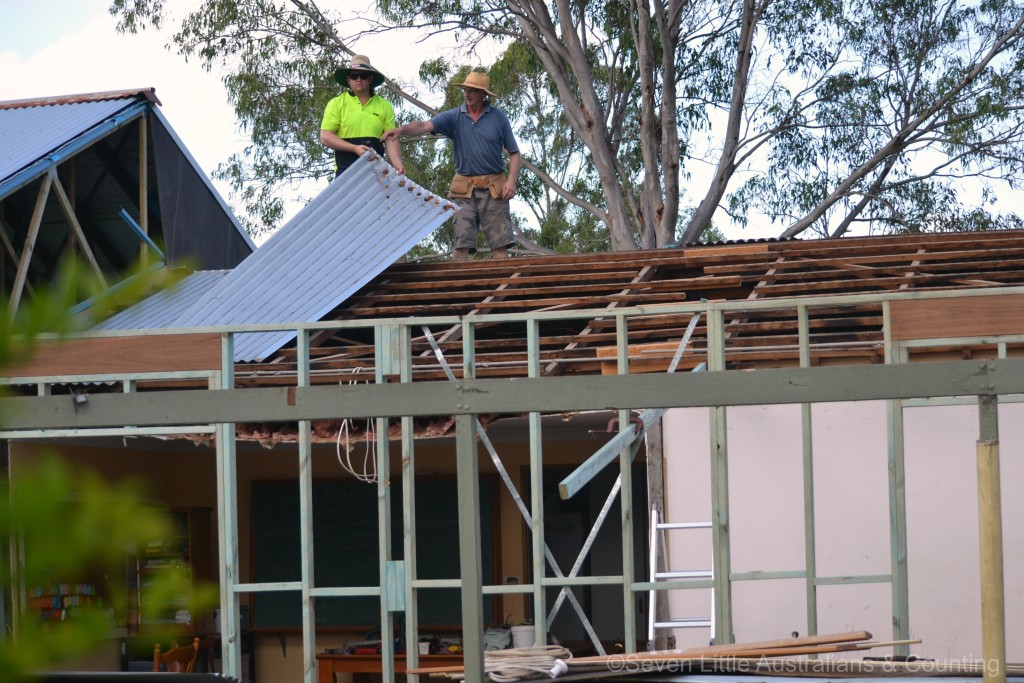 Wednesday we began early, intending to achieve much before the middday heat forced us to stop. Continuing our pattern of 5.30am starts, long breaks during the hottest hours, then working till dark at 8pm.

Well our learning room has plenty of light and air circulation now! 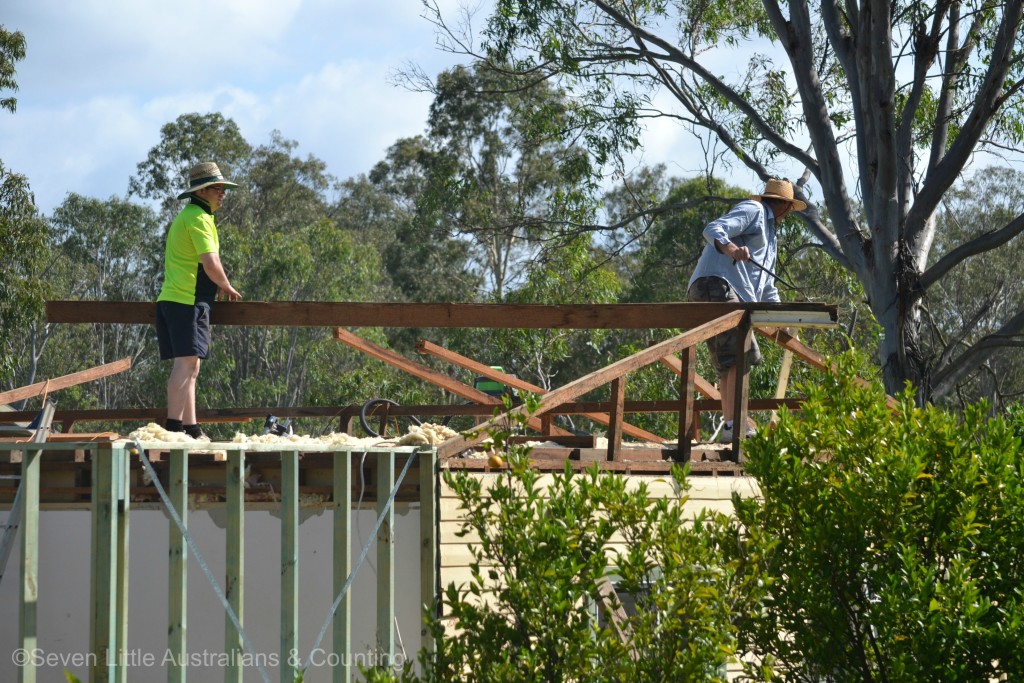 Once the iron was pulled off then the rafters and battens were dismantled.  The building codes, sure used to be different! 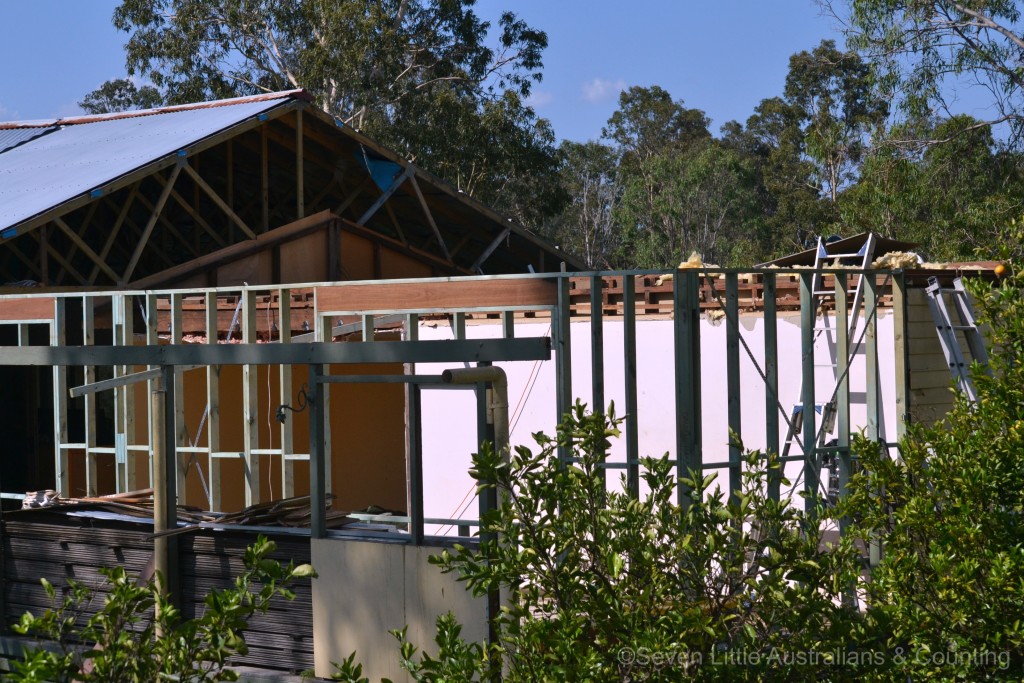 All set, ready to begin roofing the following day. 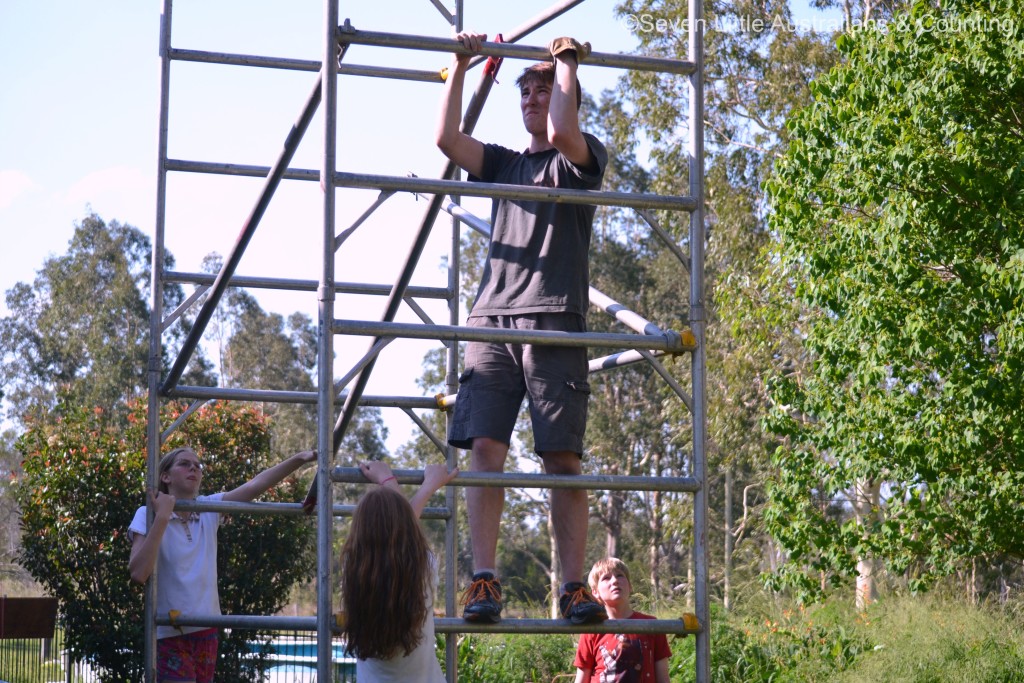 Once the guys finished dismantling the roof, we were able to come in and set up the tower 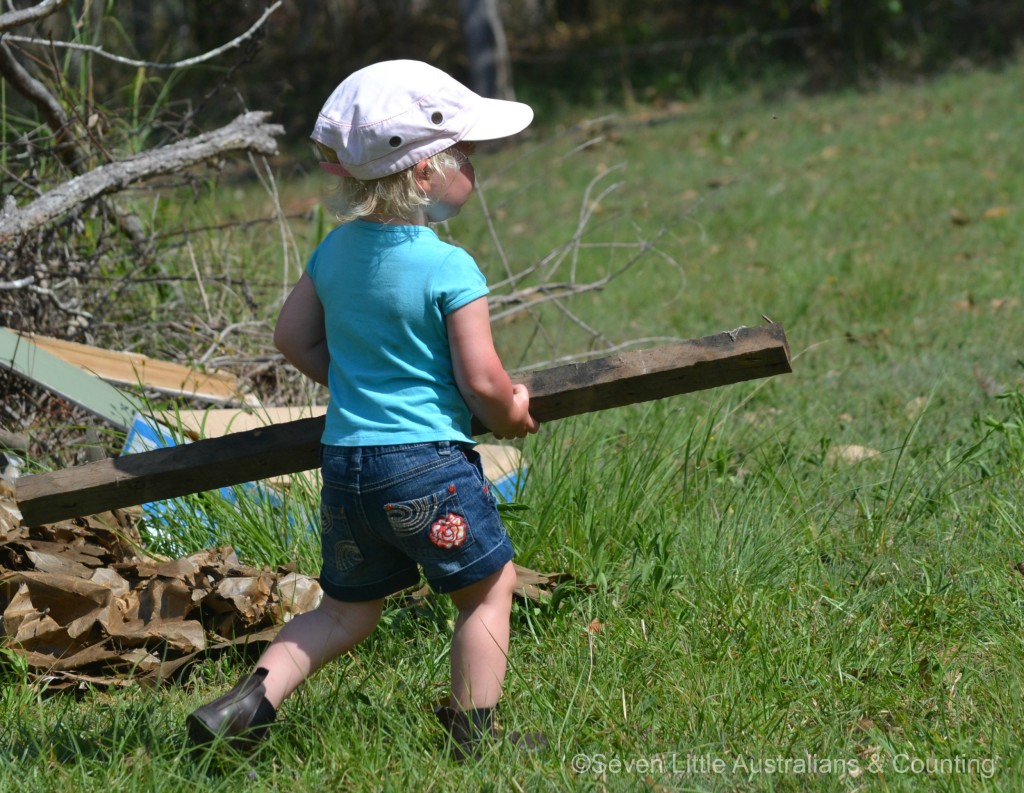 and clean up, a time consuming part of building, however many eager hands make light work.

*Our Bella is nearly 2! Determined to be included in everything, enthusiastic and strong!

Demolishing The Front Of The House