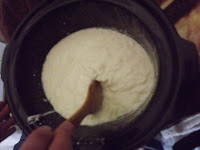 We purchased yoghurt for a Christmas treat and then craved more.  At $5 a litre the cost was astronomical, so I began investigating how to make our own.  Using these recipes and tips we made a batch up, cost only $3 for 2 litres!  Using a slow cooker is so simple, just three basic steps. 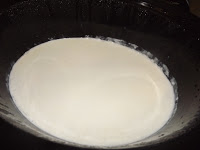 After our success with cows milk we used the same method to make goats milk yoghurt. All was fine.

We then branched into making frozen yoghurt.

Having made cow and goats milk yoghurt I discovered a recipe for coconut milk yoghurt which I may yet try.  If you are keen to make soy yoghurt I also found a couple of recipes, although some sites suggested the above process was successful.