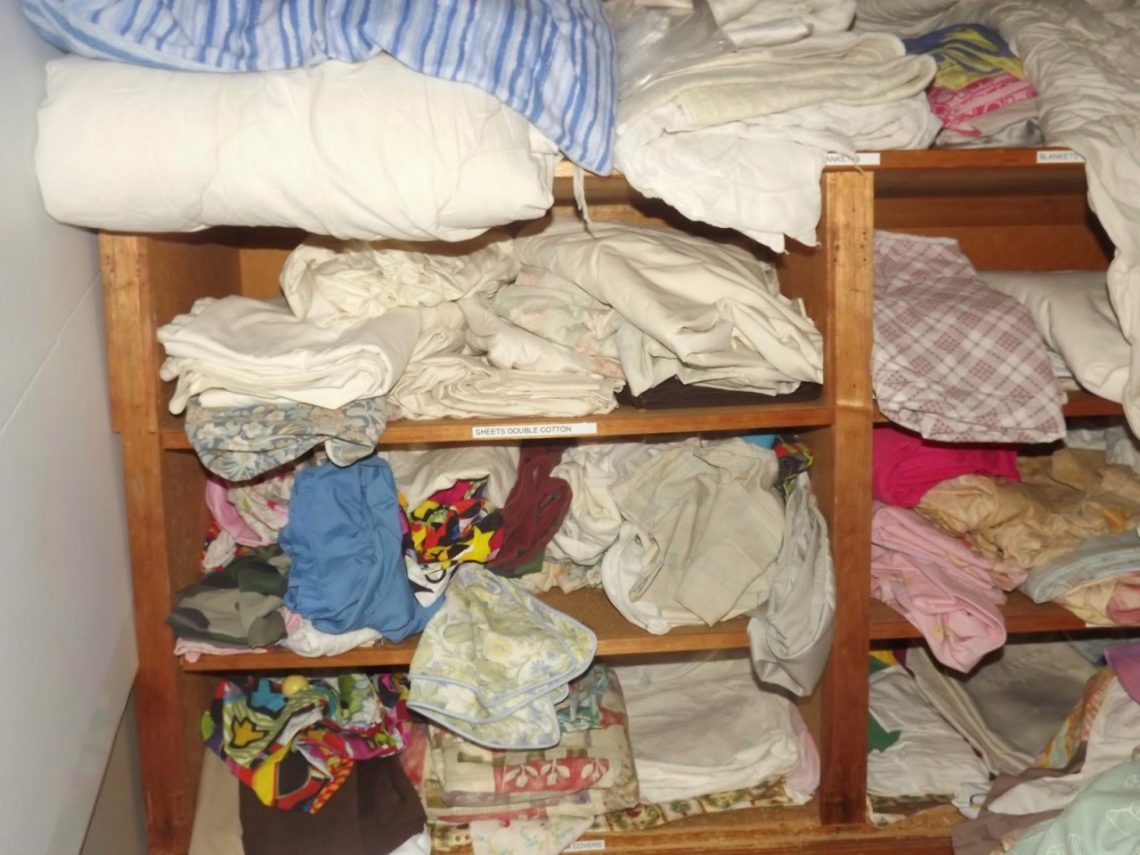 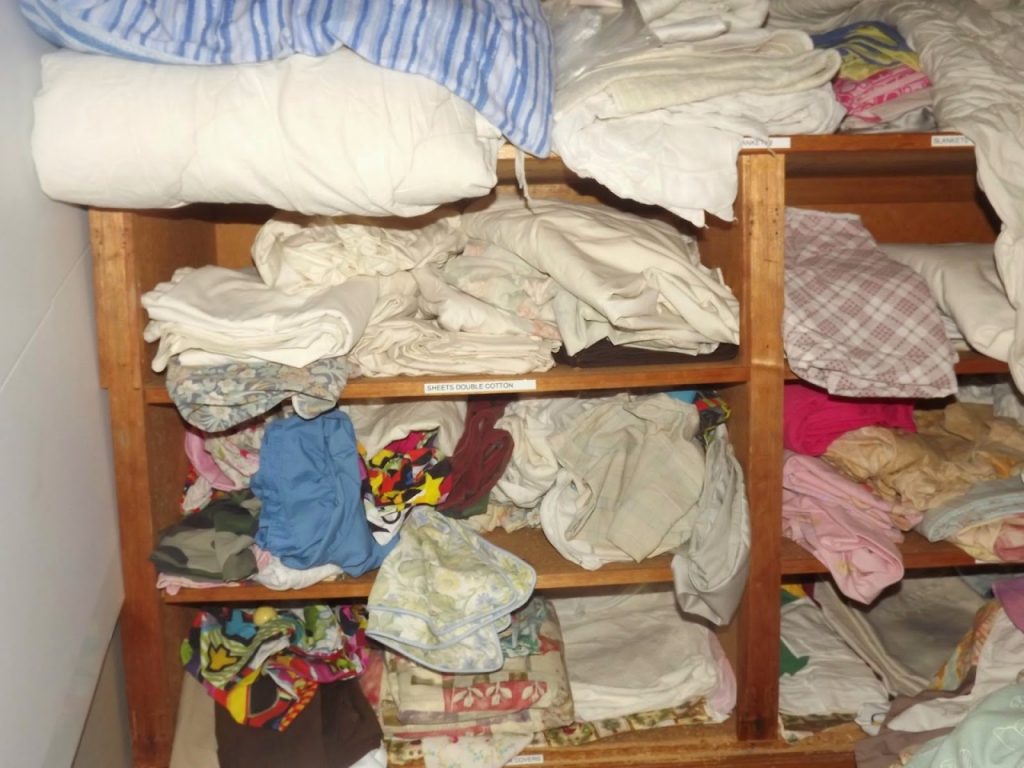 Twelve months is long enough for any girl to have her linen shelves highly visible in her dining hall don’t you think? 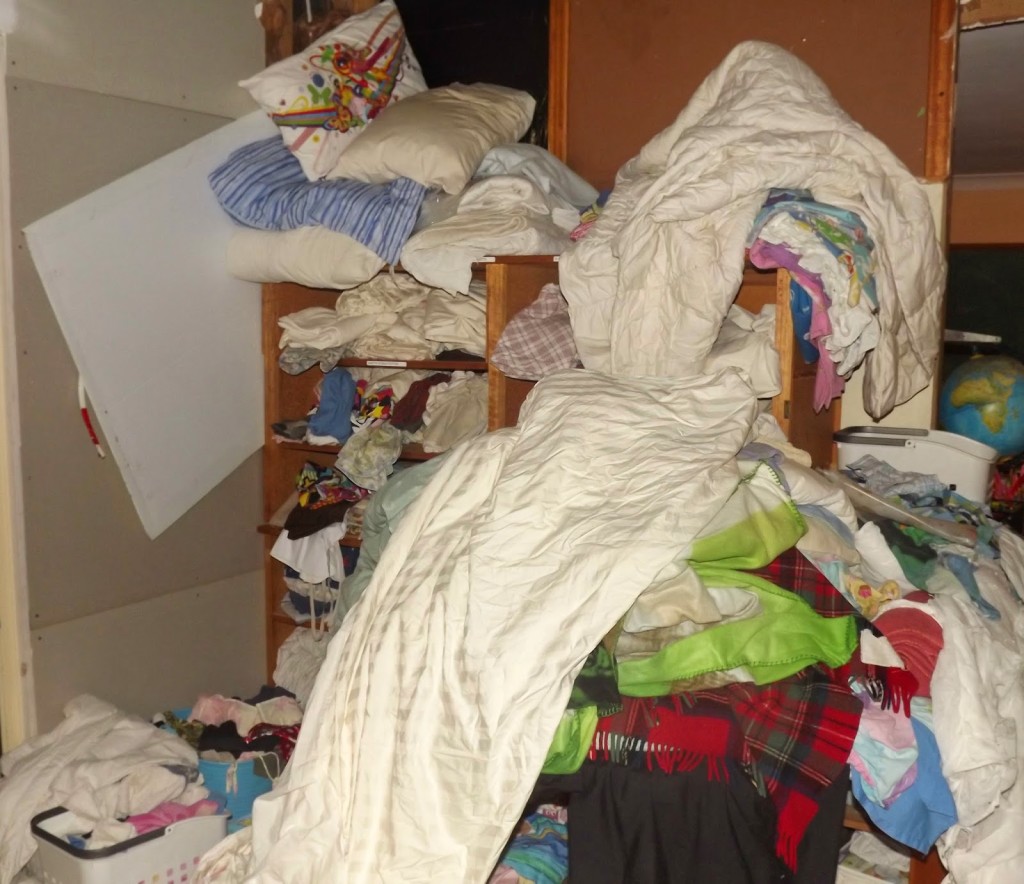 Embarrassingly it’s not even as if I kept it neat all the time, the messy truth is, it often looked like this! Before visitors were due that is, the visitors at least got to look at tidy shelves. 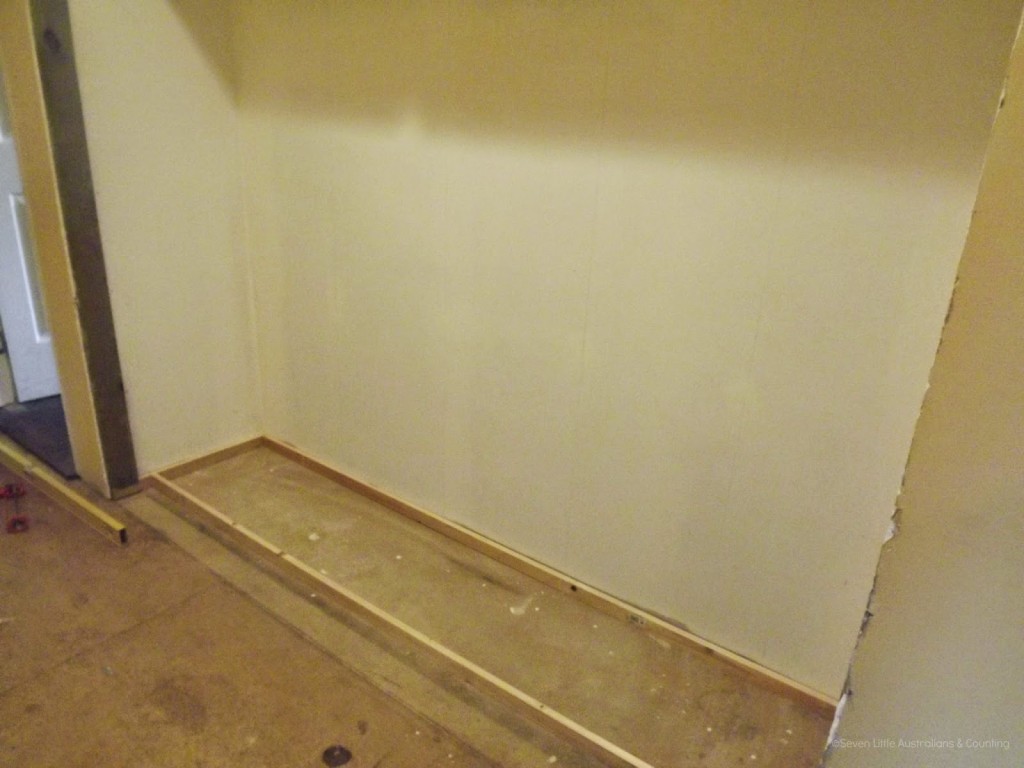 When I uttered the words on Saturday to my darling Prince Charming, “I’ve reached my limit, I want the linen cupboard out of the dining hall” He immediately responded with, “Let’s plan how to design the linen press and I’ll build it tomorrow.”  That’s all it took! He stopped tiling the bathrooms to build our linen press:) 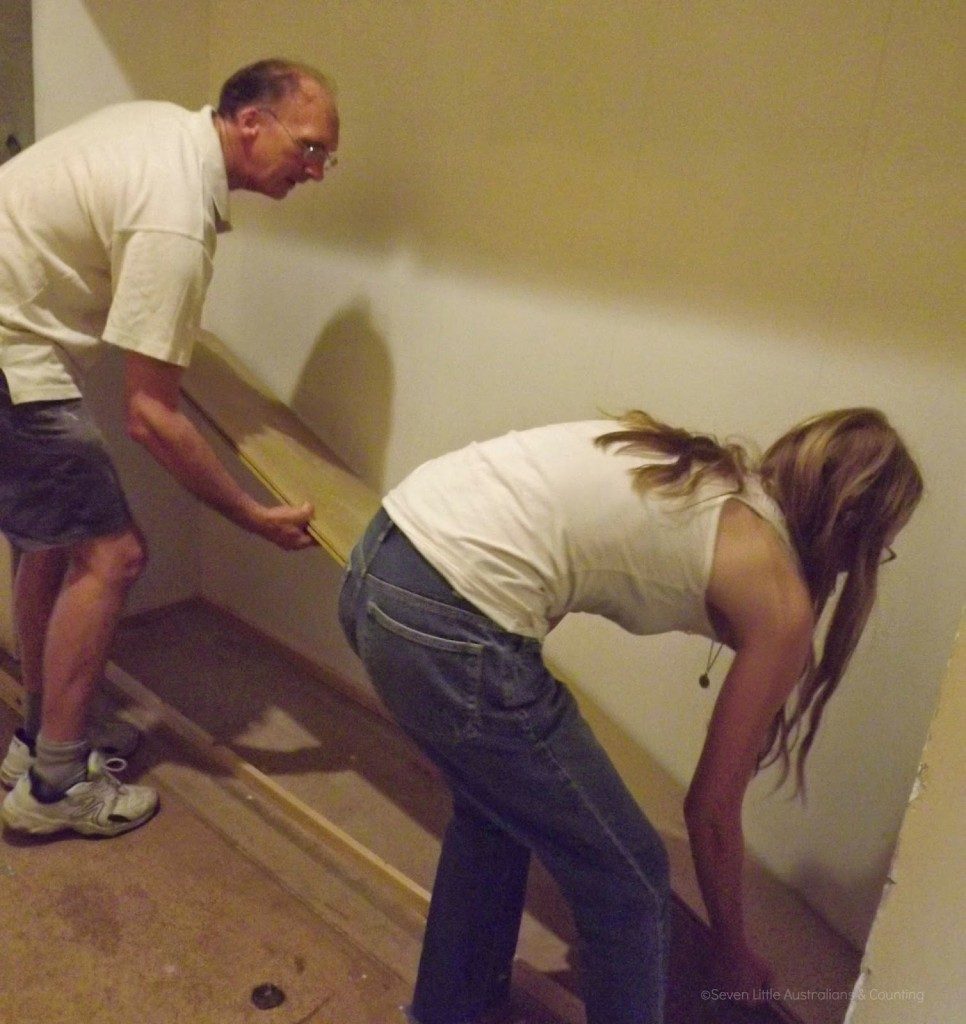 With Princess and Jelly Bean helping, they began and completed the linen press all in one day!! The girls were really enthused about building and were a big help. 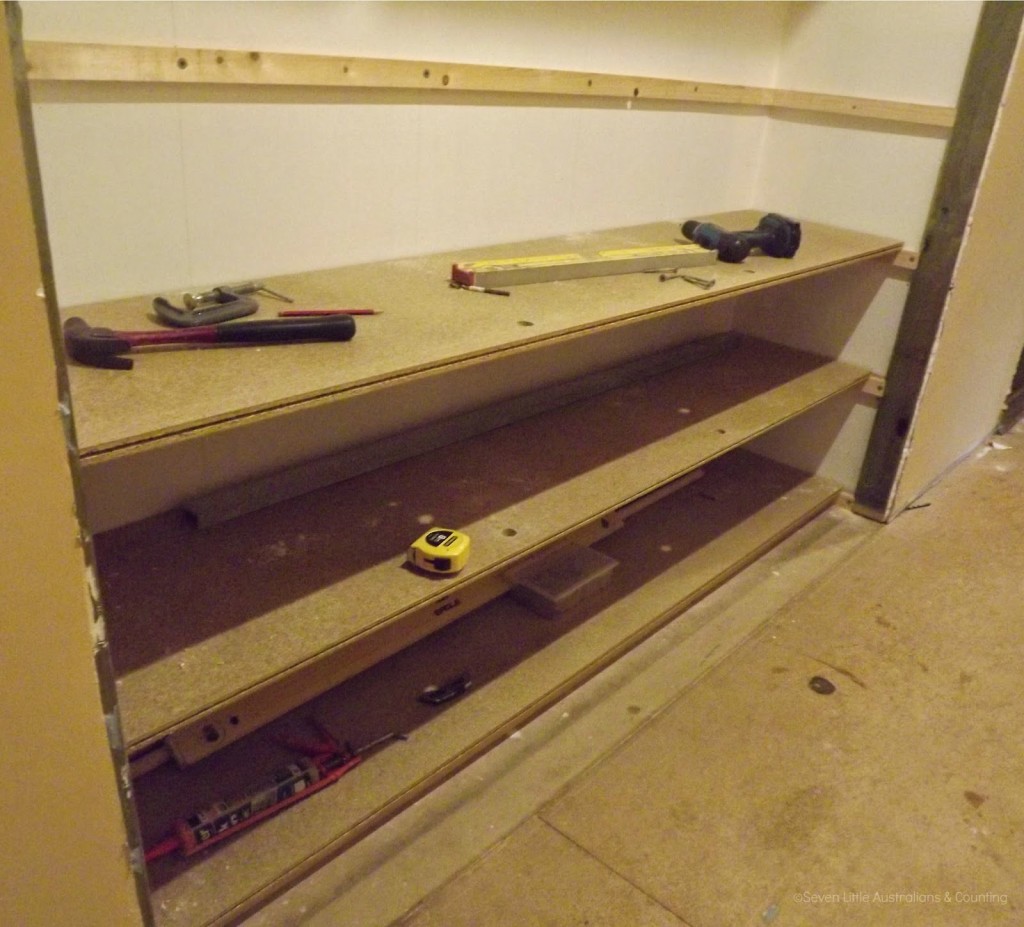 PC decided on pine framing, screwed to the wall.  The shelves are actually floor sheeting cause these babies are going to have to take alot of weight!  We do plan on adding a pine strip to the front to pretty them up. 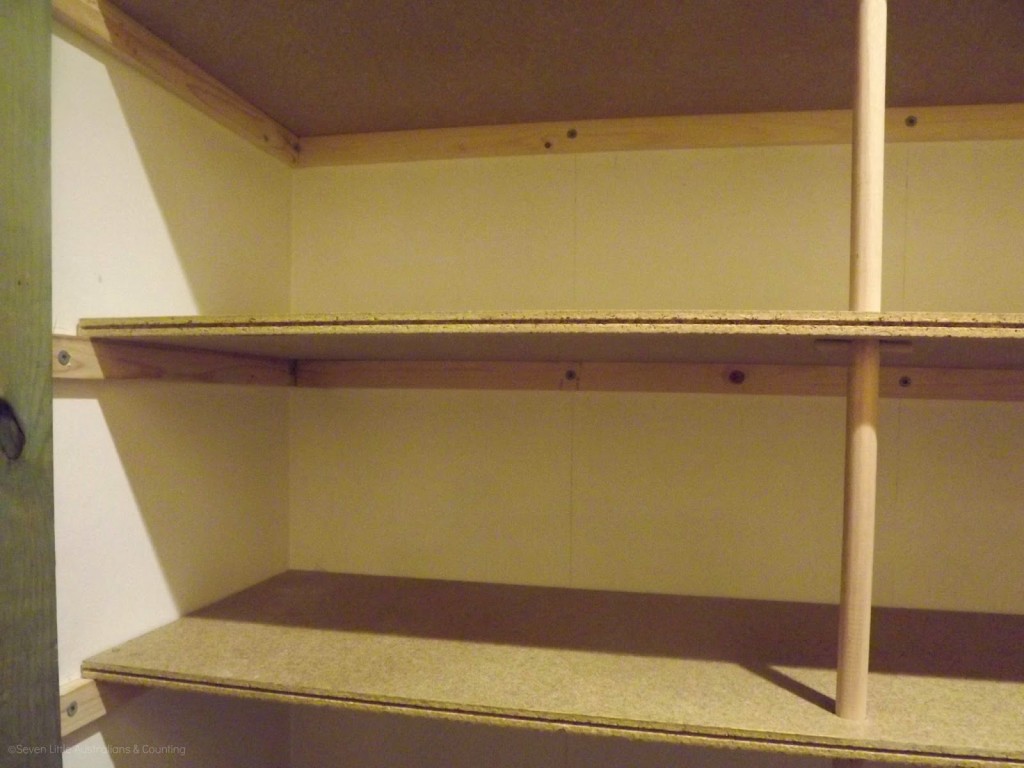 Broom handles through the boards with dowel under each board to give extra support, solved the problem of the span.  Cause this is a big span. 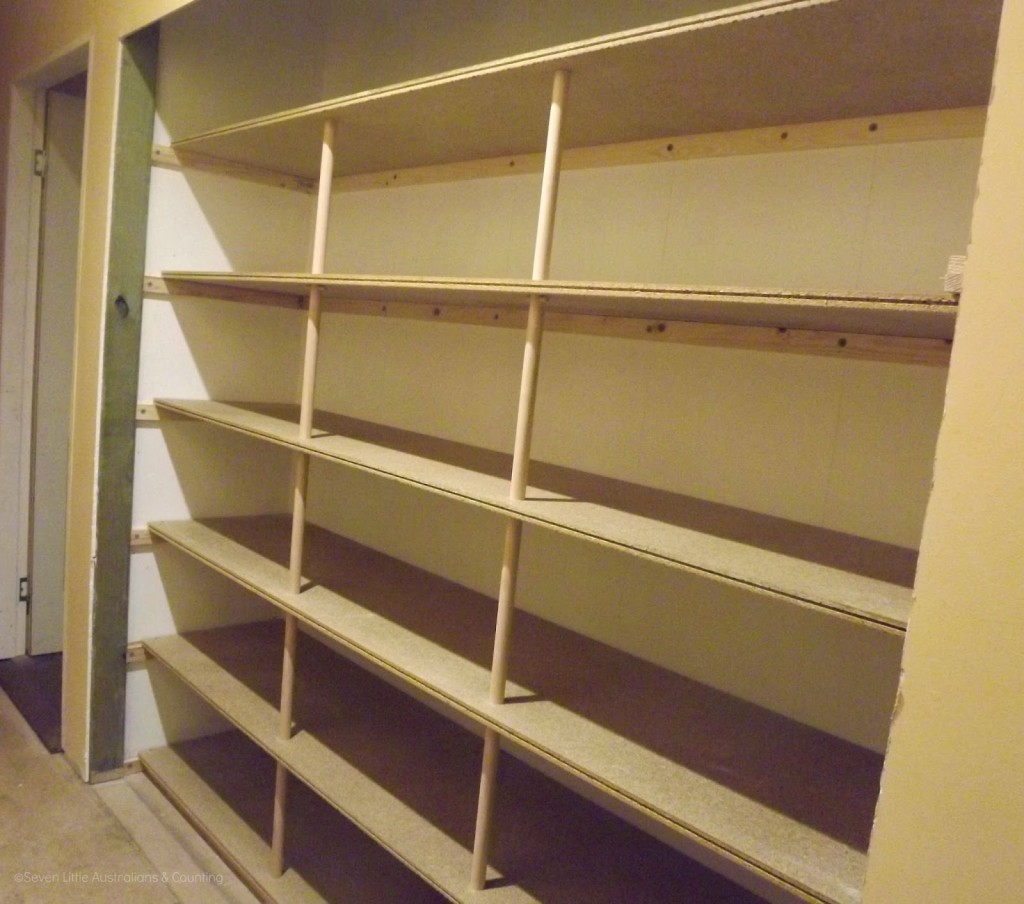 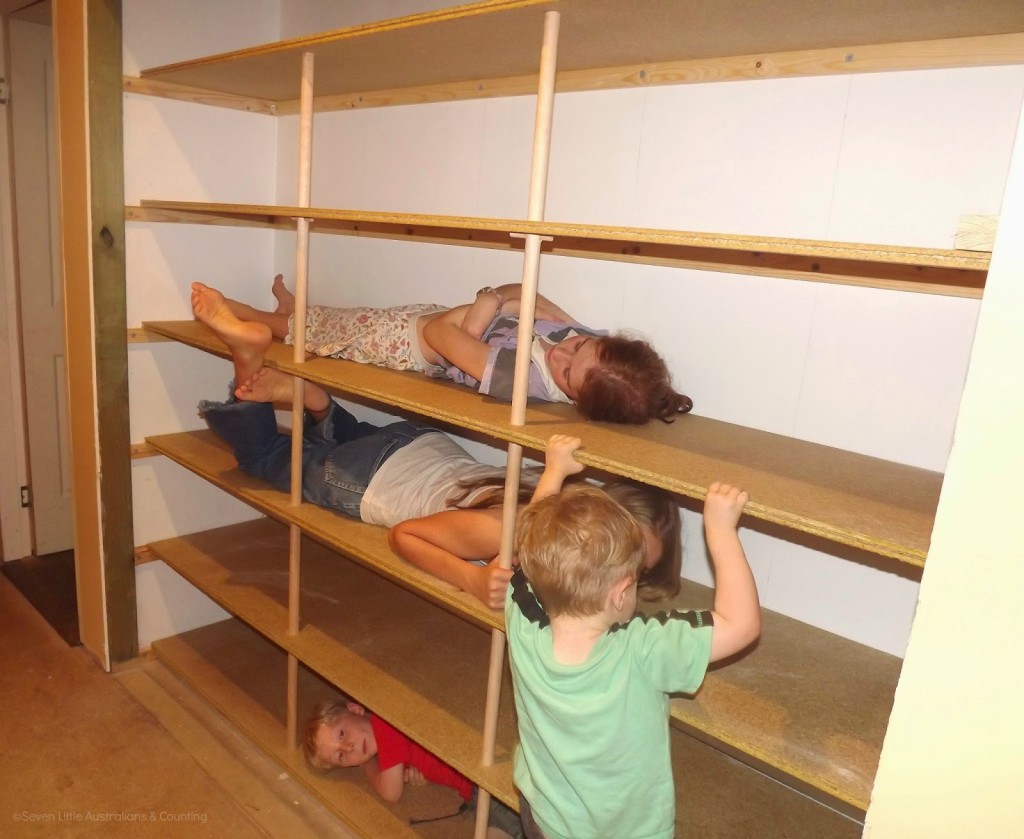 As I said, they’ll need to take alot of weight.  Not only the linen itself but climbing children, let’s be realistic, it’s going to happen. 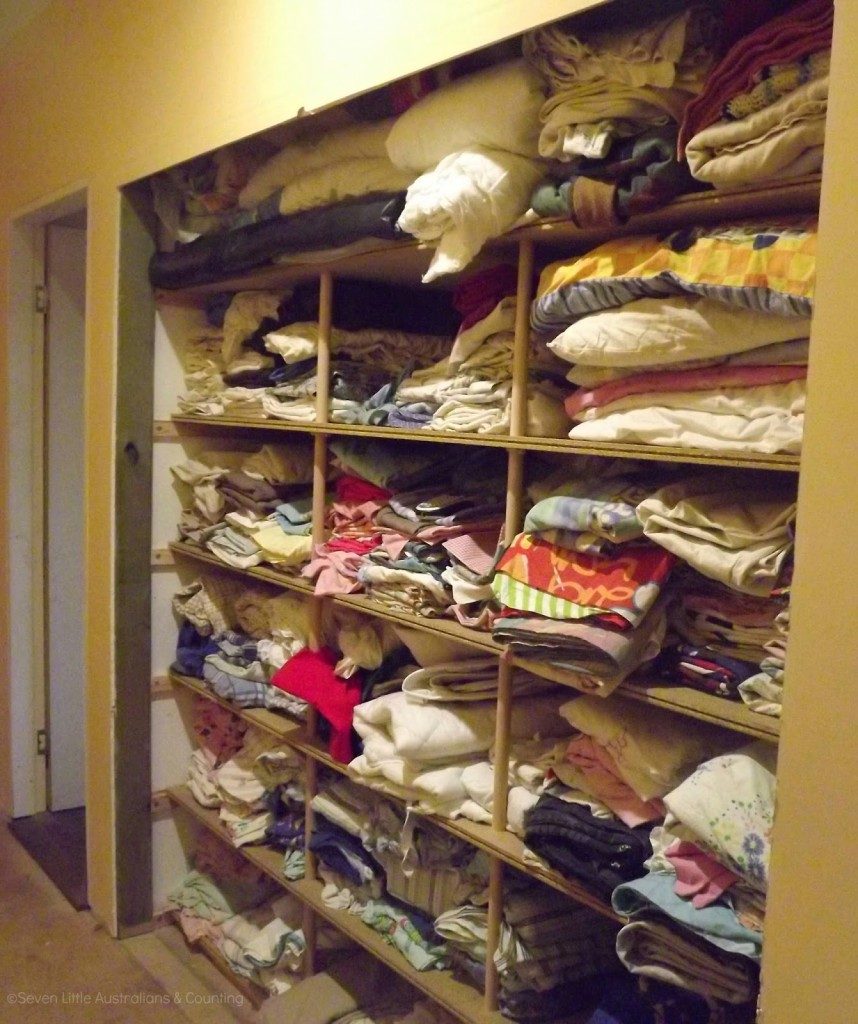 I couldn’t wait a second longer, the shelves were filled by Sunday night! Mmm no room for the towels, which will need to be here once the bathrooms are functioning.  Next job, cull excess linen.

Anyhow just want to say to my PC and girls, you’re awesome! Thank you!!!!