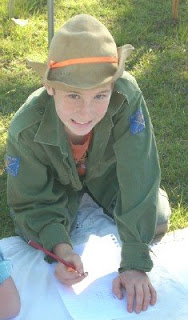 Today Michelangelo celebrated his 10th birthday with a combined party with his 5 year old sister and two of her friends. His party theme was African Safari. 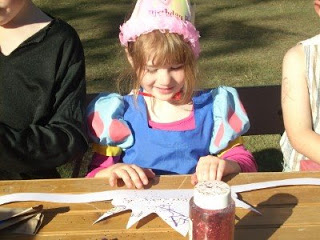 As we only have birthday parties with friends for the ‘big’ numbers both children were pretty excited. The ‘triplets’ theme was Pirates and Princesses. 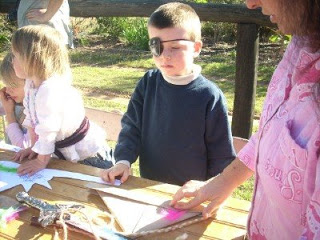 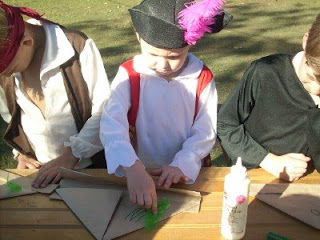 Captain Feathersword’s birthday is next week. We realized as the same children would be coming to each party it was easier to combine. 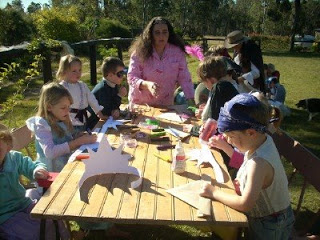 Our Pirates and Princesses enjoyed decorating their crowns and hats. 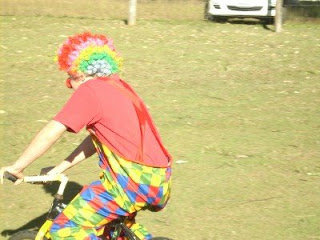 We then had a guest appearance from Curly Wurly 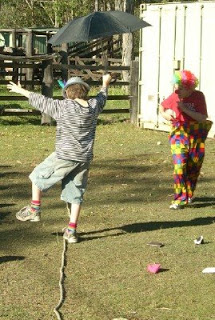 and Bouncy Wouncy who entertained the children most successfully. 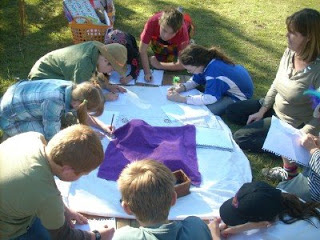 We played party games such as ‘memory’ 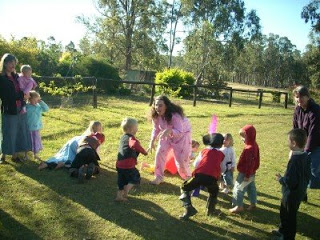 and statues. Yep that’s my friend Rebecca making an appearance in her ‘Princess Pajamas.’ 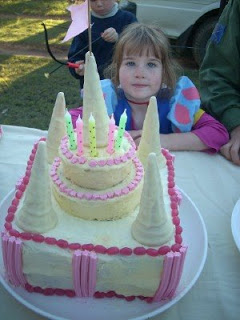 Big sister Koala and her friend J. laboured over this cake for a whole day. The results were rather stunning. 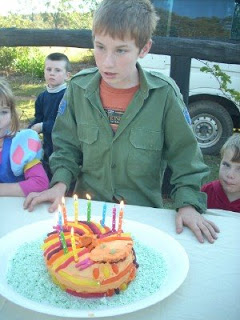 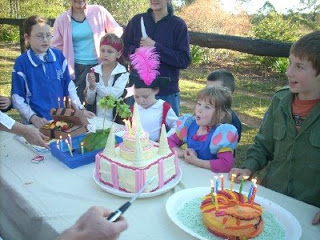 A wonderful day of friendship and fun.