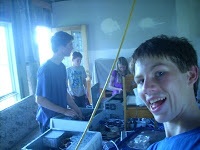 When discussing with our teens what direction they wished to take with Science this term they were keen on studying and pulling apart small motors.  Then the idea of dismantling computers  was raised. 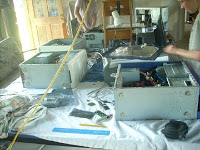 Contacting a friend they were excited to discover the R family had 5 computers not functioning which they were welcome to have. Ideally it was hoped they could salvage at least 2 for the R family. 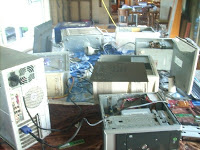 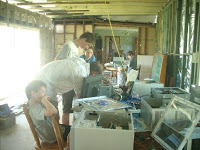 PC was able to give direction and help, but what has astounded me was how much our teens already knew and how quickly they have absorbed new information.  It is impressive to see how successful they have been. 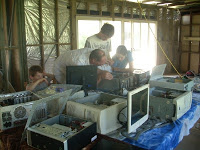 Sunday they mentioned their project to another friend and we were offered, and picked up, another three computers that were also going to be tossed. 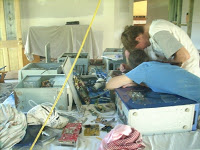 Only two weeks into the project they have already learnt so much. They have successfully salvaged two computers and are currently rebuilding and upgrading various parts within their own computers.
The learning curve is steep and rapid:)