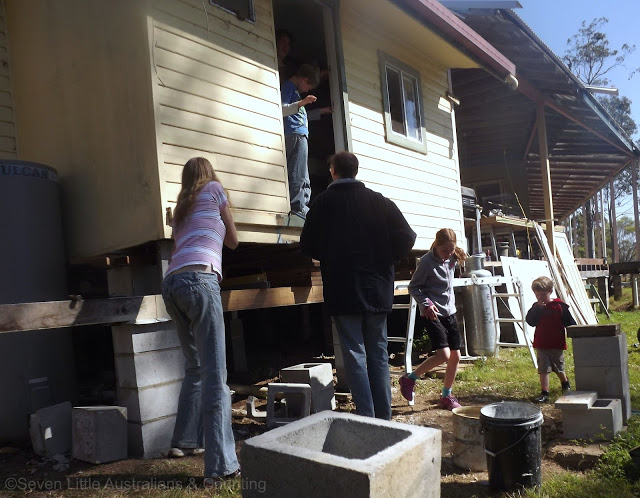 Finally the big day for which we’d been long working towards arrived, the day to pull down our old laundry, this will be replaced with a verandah, thus wrapping our verandah from one end of the house to the other. 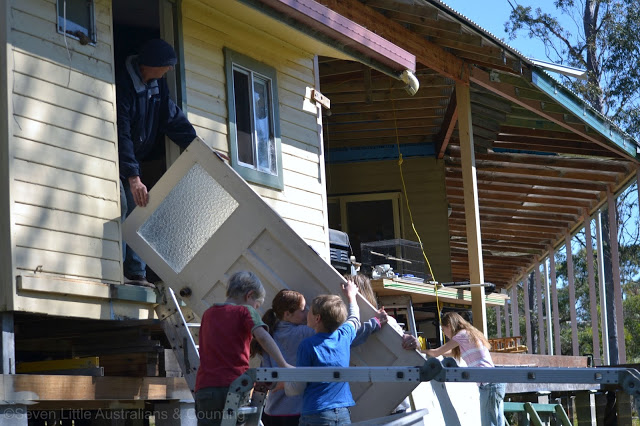 There were many eager hands to help with the demolition 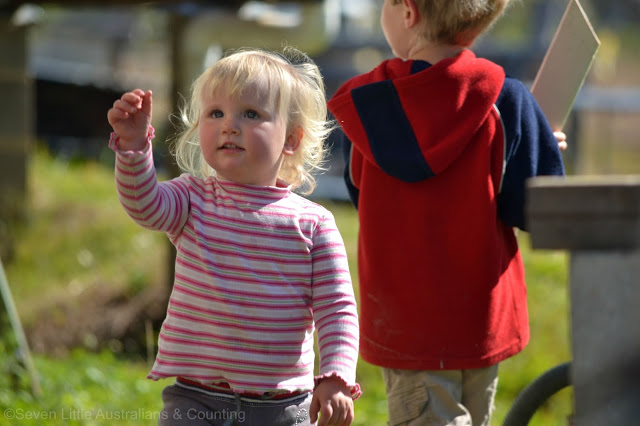 even the youngest two insisted on being given loads of timber to carry. 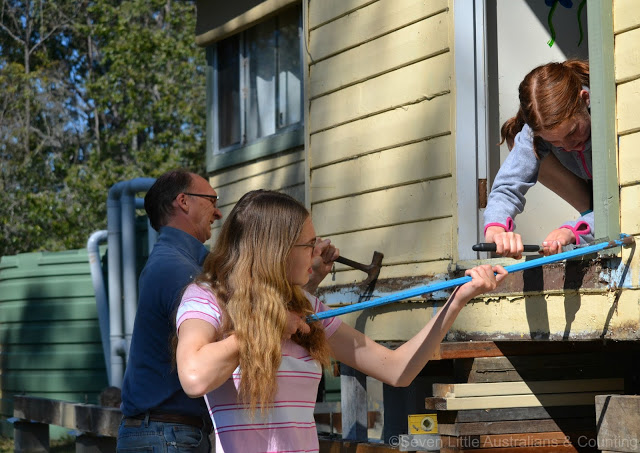 We began ripping off strips and weather boards on the outside, 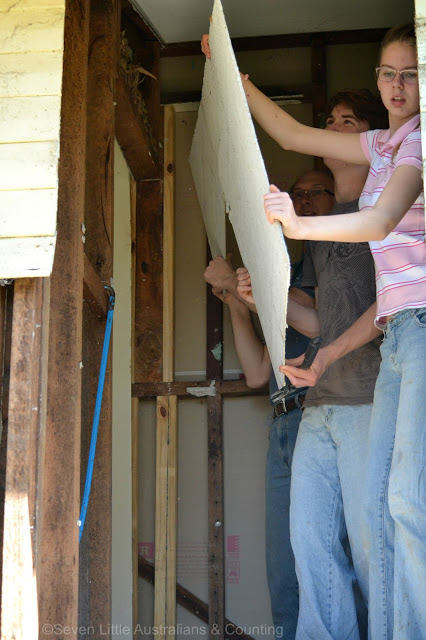 internally the linings and plumbing hardware were removed, 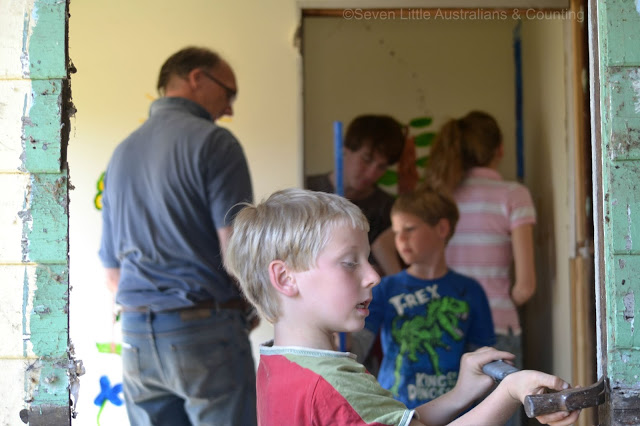 windows were gently taken out with the intent to recycle for another project. 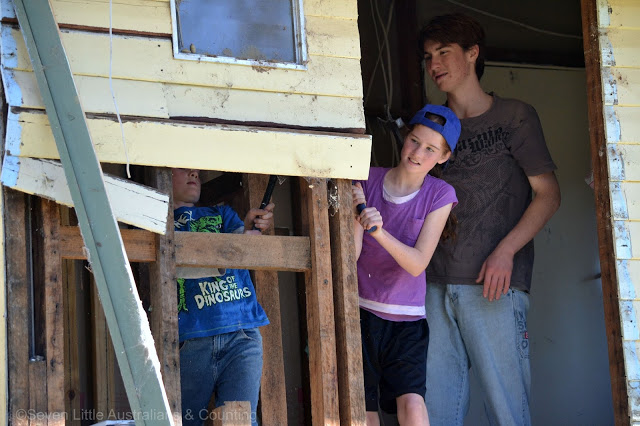 Once the inside was gutted the pace picked up, 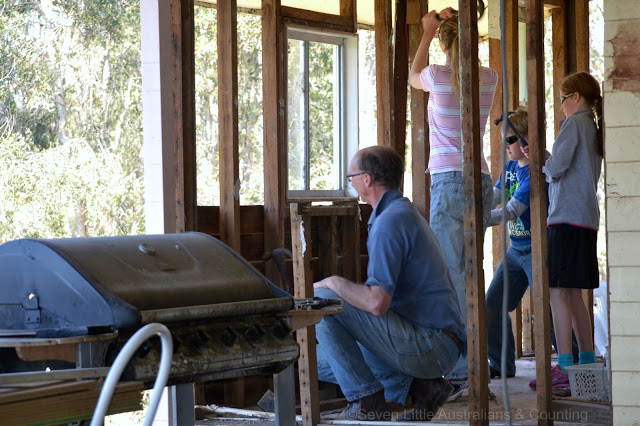 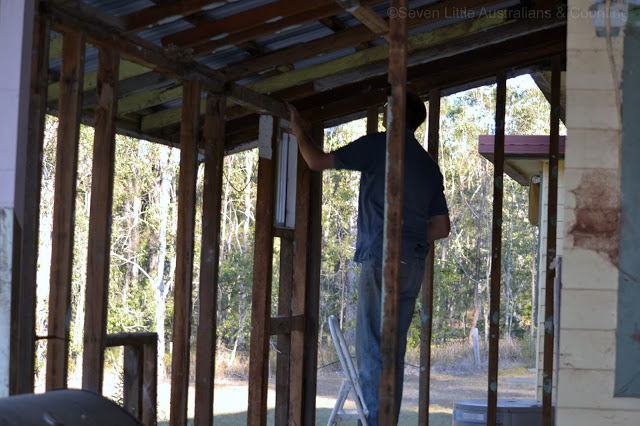 “Room with a View,” it’s very exciting imagining the light potential here, the back wall will eventually be removed and the sun will pour into these currently cold rooms 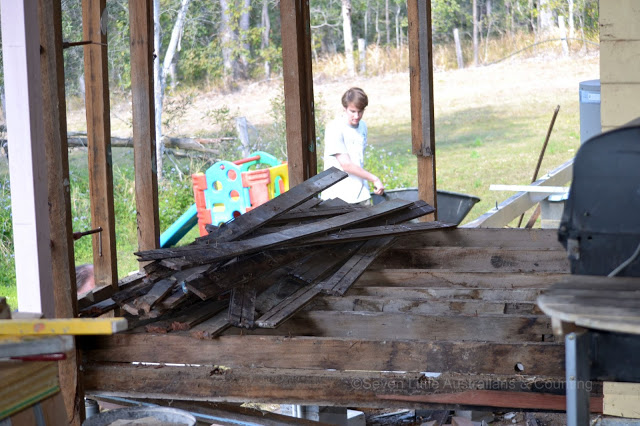 all the timber has been gathered into a pile, we’re planning on a massive bonfire when our ‘City boys’ are next home. 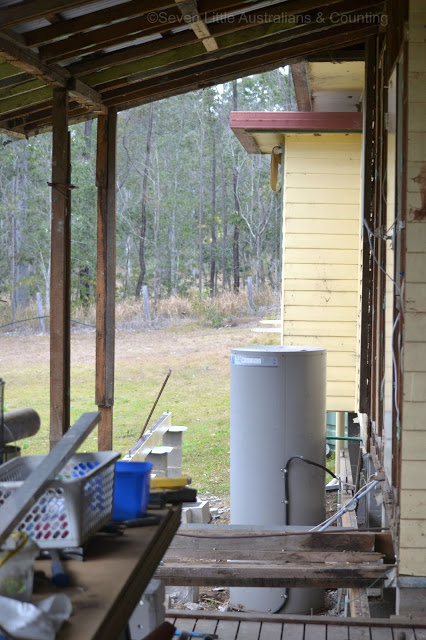 The verandah is to continue from the deck and conclude at the end of the house, narrowing at the final part. The large hot water tank will be replaced with a smaller one and moved flush against the bedroom which juts out a little. We’ve left the old roof overhanging for now to provide shade as we lay the decking. Once the verandah is laid and supporting beams erected, we can then begin plans to re-roof the ‘old’ section of the house.
*Sharing over at The Builders Wife 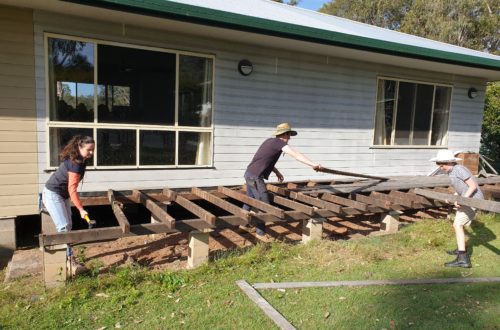 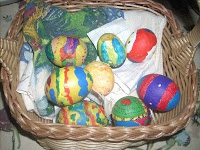