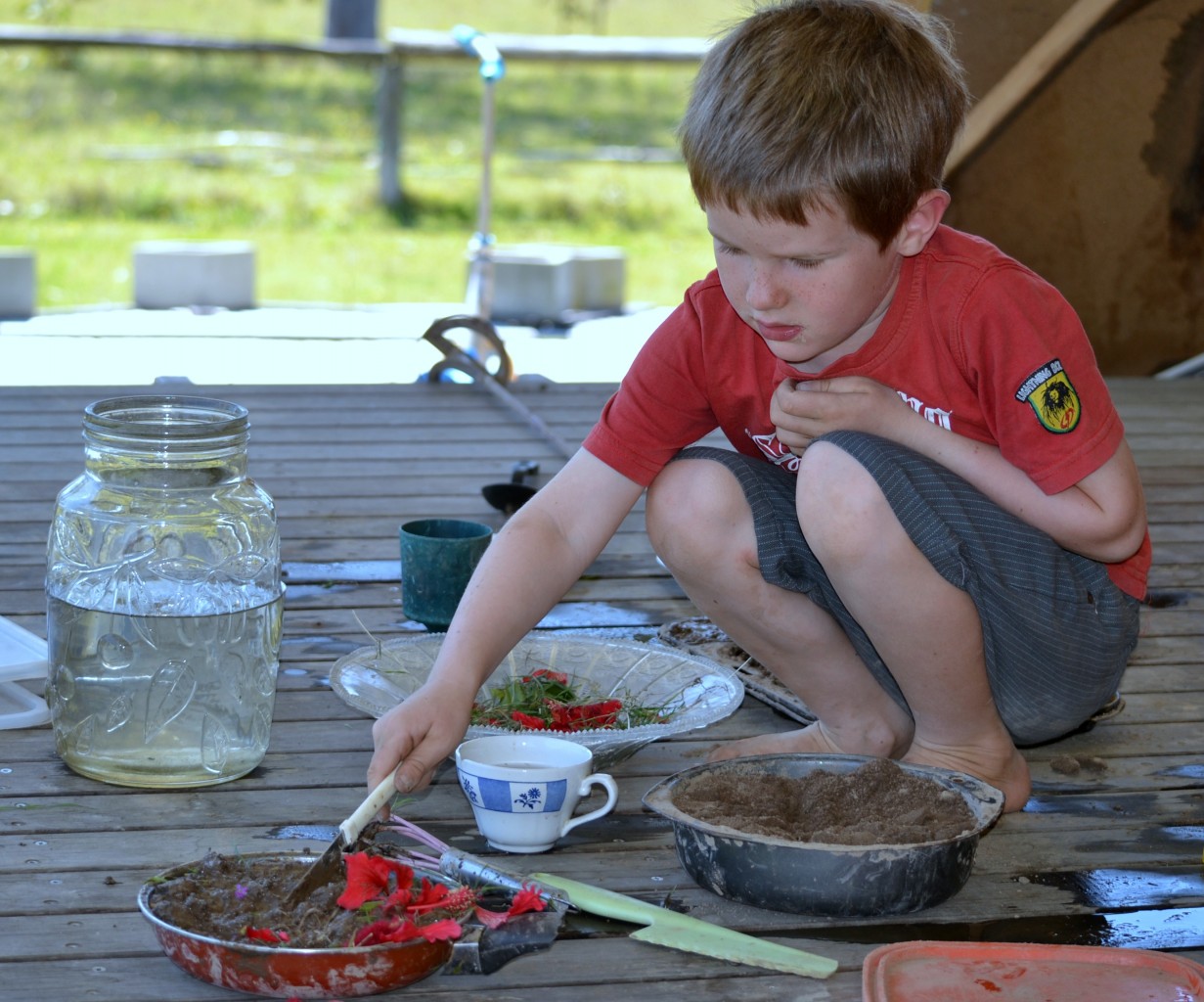 We’re a few weeks late beginning the bookfest, but now all set to enjoy. We began this week with finding some gems from our local library, I suspect it’s rather obvious I have a love for Australian picture books 😉 and also read a number of picture books from our family library. My intention this year is to focus less on gems from our local library and read our way through our family library. Thanks to recently attending several local book sales in which all children’s books are FREE, yes you read correctly, we’ve boxes and boxes to read, though many of these are discarded books from our local library so we are familiar with many. I know as my local friends read their way through my lists they have the library catalogue open reserving as they read, if you’re keen on a book the library no longer has, feel free to shoot me your list and I’ll drop books off to you or come out and browse 🙂

Whilst our older children have also been reading, in this post I’m only concentrating on the picture books read. When you look at the rating keep in mind it was our 8 & 5 year olds rating, so they are looking through their age appeal lens, some books would be rated higher if our 2 year old had cast votes.

* This post contains affiliate links, we thank you for your support. 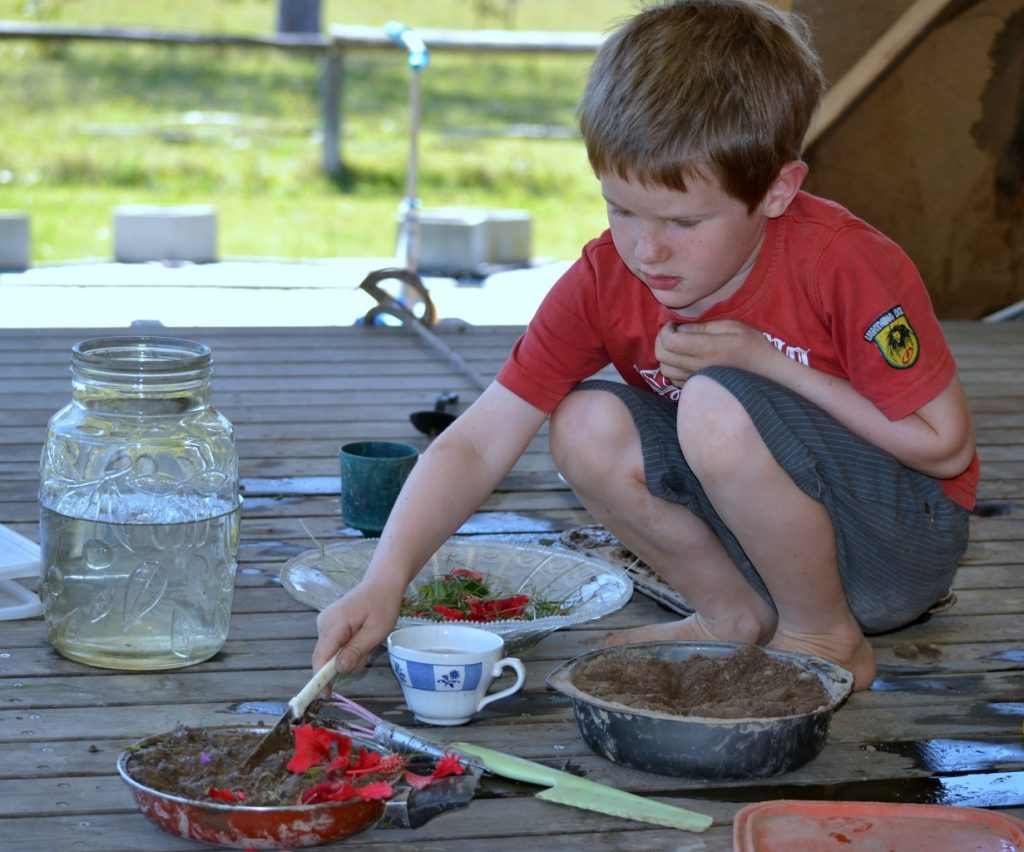 We loved this book and are now highly keen to visit Kati Thanda – Lake Eyre in central Australia, when the Lake is full. Kati Thanda – Lake Eyre only fills up every 10 years!! wildlife then abounds and flourishes until the Lake disappears into a dry salt bed. The book was full of fascinating information; about the landscape and wildlife and how they adapt to survive the desert, about how the weather controls the appearance and disappearance of the Lake.
Road to Goonong – David Cox 4.5 Star

We were completely captured with the author’s details about his childhood on a farm in outback Queensland. The simple pleasures of life and the realities of the Great Depression. I always enjoy fiction style books that effortlessly impart history.

Fascinating Nature Storybook about Australia’s most puzzling and unique animal, the platypus, rarely seen due to its shyness. The platypus is only 40-50 cm long, has a giant duckbill, is covered in fur and has a wide, flat tail like a beaver. It walks low to the ground and swims like a crocodile. It keeps snakelike venom in its spurs to use when threatened. The platypus lives in a burrow and the female of the species lays eggs and feeds its young. A real contradiction, early Australian naturalists thought this mammal was a joke.

Boomerang and Bat: The Story of the Real First Eleven – Mark Greenwood 4 Star

I was absolutely riveted to discover that the first Australian cricket team to tour England was a group of Aboriginal stockmen!!  In 1868 the Aboriginal cricketers caught the attention of English player, Charles Lawrence when he saw them play cricket in Melbourne. Lawrence proposed they tour England. The authorities refused permission for the men to leave Australia, so they defied authorities and took a long and roundabout way to sea through the outback. Led by star all-rounder Johnny Mullagh and wearing caps embroidered with a boomerang and a bat they took on England’s best and delighted crowds with their exceptional skill. Despite their success the players were subjected to racism by some. When one of the players, Bripumyarrimin – King Cole died, the men decided they had been away from home for too long and returned to Australia. At home, there was no recognition of their achievements and they returned to obscurity.

Being a keen student of history, in particular Australian, this book captured my attention more than it did my 8 and 5 year olds.

A true story of a dog that incredibly ‘travelled the tracks’ of Australia’s railway network in the Outback for years during the late 1800s. Everyone knew Bob the Railway Dog, who befriended the rail guards, driver and porters, finding a warm bed each night wherever he travelled. Not only a story of an adventurous dog but one of the early years of the rail network in Australia, the remoteness between train stations and a sense of how the railway ‘opened up’ and connected the interior of Australia to the Coast.

Once again this book captured my attention a little more than the children’s due to it’s historical aspect.

Written in rhyming style, Dingo catches a wombat and decides to make wombat stew. Each of Wombat’s friends offers Dingo suggestions as to what he should put in his stew, he follows their advice and adds; mud, feathers, flies, slugs and bugs and creepy crawlies and gumnuts. Wombat’s friends convince Dingo to try the stew before adding Wombat to the mix and what an unpleasant surprise for Dingo!

Friends band together and save their mate, a great outcome. Children enjoyed.

An extended family is holidaying at the beach, a storm brews and breaks. Admittedly the text in this book didn’t really capture the children although I thought the details in the pictures were worth studying.  I enjoyed the aspect of three generations enjoying a simple Aussie beach holiday together.

An Australian interpretation of the nativity story. Applesauce, a pet pig, watches over the bushfire- ravaged land before her, trying to find the true meaning of Christmas. When her owners welcome a new baby to their family on Christmas Day she learns that new life, hope and joy can come at the saddest of times. She finally lets Christmas fill her heart. A clever allegory of the Christmas story, but a little too ambiguous for us. 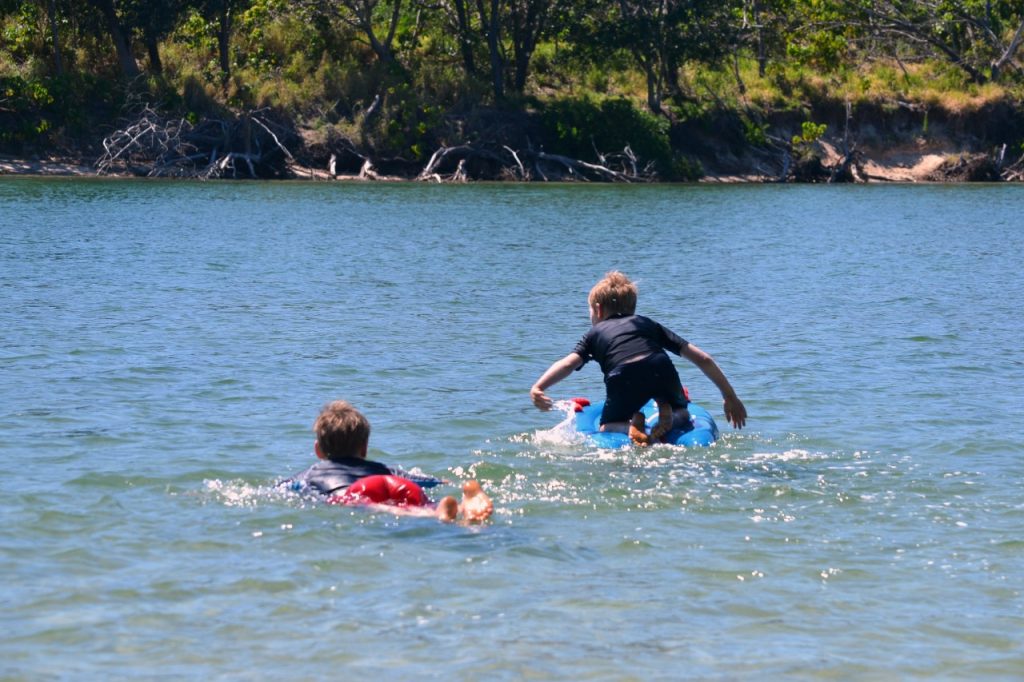 A simple, subtle book set in an Italian village during World War 2. Ricardo loves riding his bike through the local village and as he rides, his father claps his hands and says, ‘Ride, Ricardo, ride!’ Life is simple and happy, but then one day the ‘shadows’, the invading soldiers come. Ricardo’s father tells him that they have to dismantle his bike and hide it. When the war is past, Ricardo can assemble his bike again, but this time he does the task on his own without the help of his Father. An incredibly moving story about war and its affect on ordinary people. I cried.
Suri’s Wall – Lucy Estela 4 Star

A subtle story with two storylines. Suri is much, much taller than the other children and struggles with loneliness and being different and longs to belong. Concurrently the storyline is also about displacement by war. The children live in a compound that protects them from a war-torn city.

One day Suri realises she can see over the wall that surrounds the compound and so begins ‘painting’ vivid pictures of magical kingdoms, golden bridges, majestic ships, shady forests and a circus coming to town, for an eager audience of children, desperate to hear what lies beyond the wall. Her stories give the children hope and faith. Rather ambiguous but intriguing.

Seal Pup’s mother prepares him for life on his own. A beautifully illustrated book packed with information about Seals and reviewed by the Smithsonian Institution for accuracy. Greatly enjoyed.

A Moth is Born – Herbert B Walker 5 Star

Follows the life cycle of a Silk Moth from an egg through to hatching. A ‘simple, facts’ text, a favourite from my childhood, a Rand McNally Publication.

Tenrec is a small creature, like a shrew, who is happily assembling twigs, when a grumpy warthog mutters, “Useless! a waste of time!” and ruins Tenrec’s mood. Tenrec sets out to discover the opinions of others regards his building. This book introduces us to a number of unusual animals and birds in Africa with a page of facts at the conclusion. Tenrecs are shy, insect-eating creatures from Madagascar, there are about 25 species of Tenrec, and they are rare and endangered. Most engaging.

Sarn: The Story of An Otter – Tessa Potter 4 Star

In the spring in the Great Wood, a mother otter takes her cubs to a pool, where they learn about hunting and swimming. Plenty of information about otters effortlessly interwoven into the storyline.

Shukudu the young rhinoceros is afraid he will never grow to have horns like his mother, he refuses to look at himself in the water until one day he accidentally does and receives a shock.

Chicken admires Scarecrow’s hat, Scarecrow agrees to trade his hat for a walking stick. So Chicken sets out to find a stick, organising the farm animals to trade items they have, for items they want. Bright watercolors, with a gentle text.

A simple text about a spider’s web; weaving, breaking up the web and subsequent uses of the web. The spider then begins again. Simple, suitable for smaller children.

A rhyming book about the flying squirrel, a night creature as it glides, runs and leaps through the night.

Little Chick is most impatient to grow up, however when he is confronted by an angry rooster he appreciates his mother’s protection. Factual information about hens and chicks, which for my farm kids is knowledge already known but great for non-farm kids.

Story of a bear who carries on snoring and refuses to move when spring comes, all the animals try to wake him to no avail, but then he wakes to a buzz in the air.

Baby Badger greets his friends as he meets them on his walk, but when he meets the hedgehog he is ‘taken aback’. Written in a repetitive text suitable for the very young. Which is why my 5 & 8 year olds rated this so low, more appealing for our 2 year old.

On the Day You Were Born – Margaret Wild 1 Star

“My daddy said, On the day you were born, I wrapped you up warm and took you for a walk to see the world”.

A sweet, gentle book focusing on a father’s love as he welcomes and introduces his newborn child to the world. Perfect for a 2 year old, hence why it didn’t appeal to my boys.