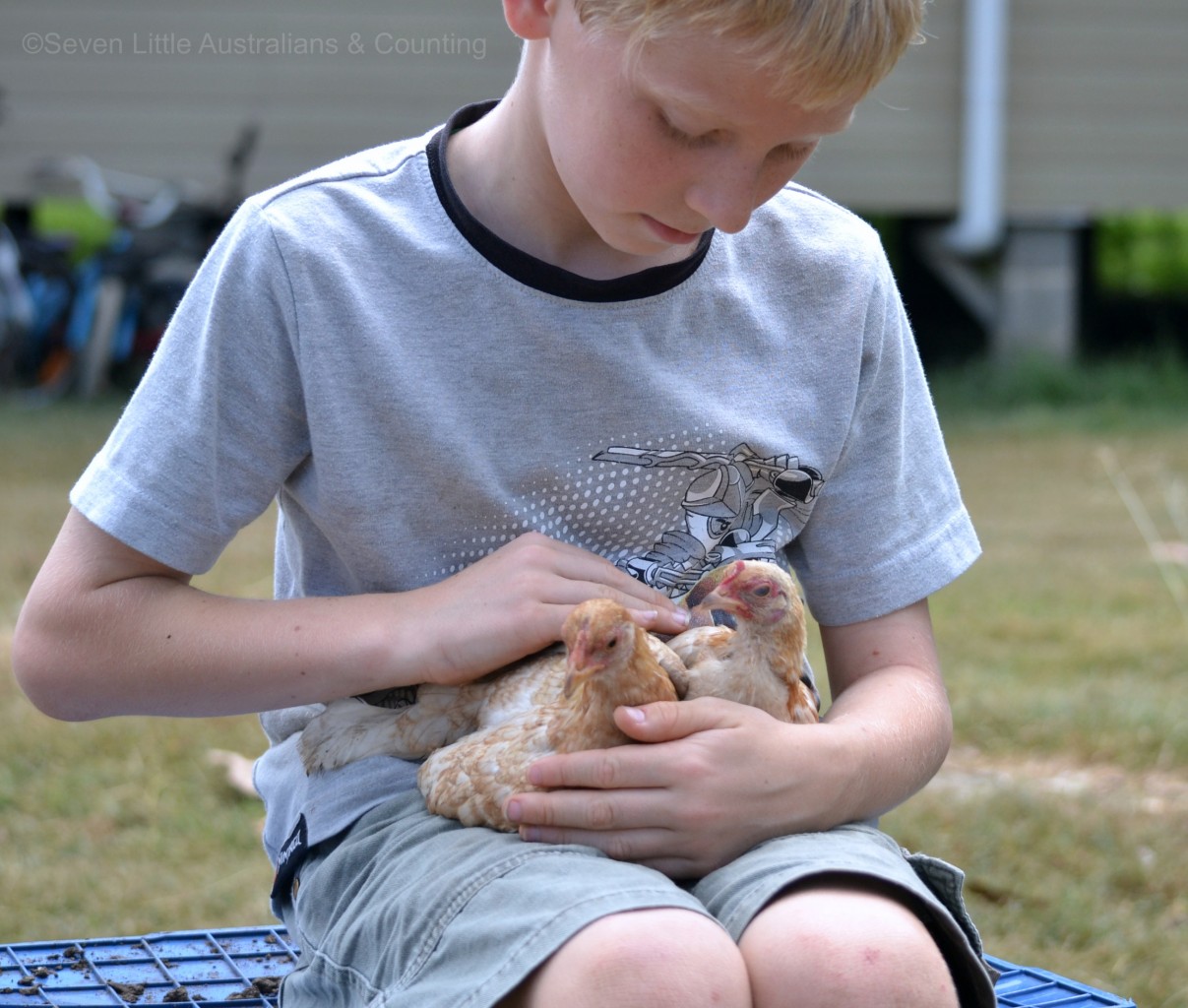 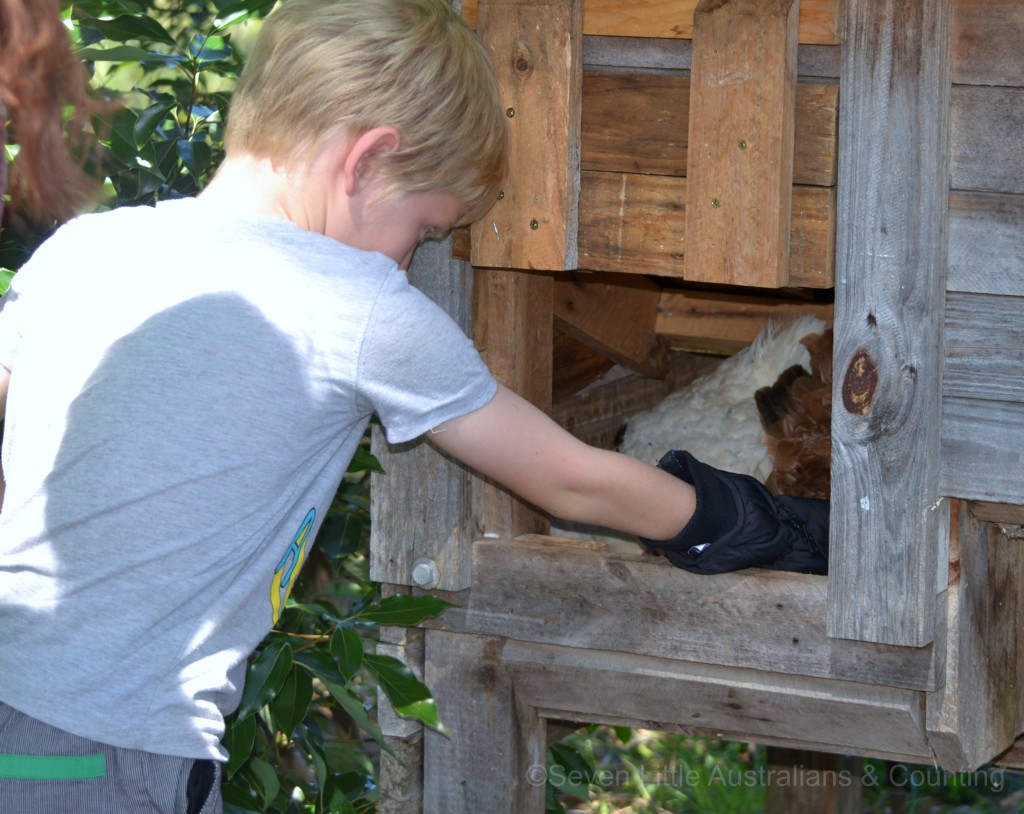 *This post is dedicated to Jenson, 2 years, of Brisbane who is keen to see more pictures of our chickens, his mum writes.

A few months ago a friend gifted us with eleven organic chooks (grown chickens for American readers) and a rooster. The plan was, they were to be housed of a night, eggs to be collected of a morning and then they would free range of an afternoon.  PC wasn’t keen for us to begin hatching eggs, motivated by nasty ‘omlette surprises’, however broody hens soon derailed those plans. Egg collection time became a challenge and though the children came up with innovative ideas about how to collect eggs, they were rather keen to give hatching a go. 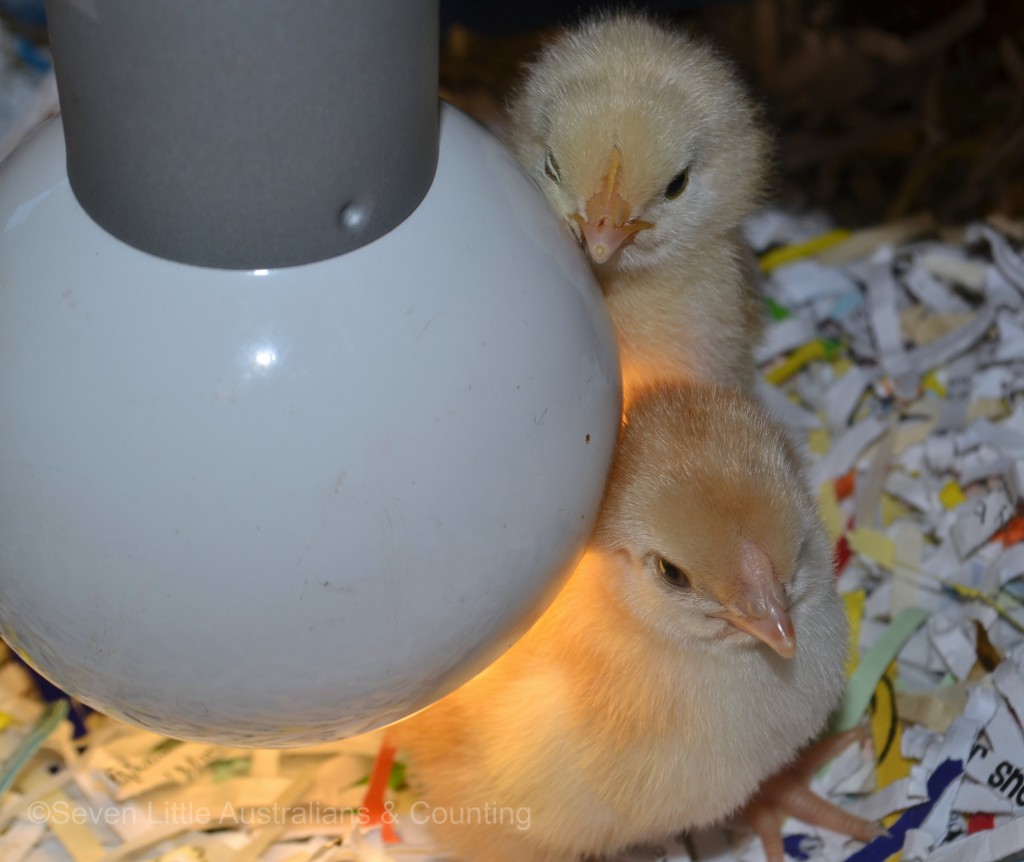 We set out on this grand venture assuming that eggs would be fertilised, hatched and mamas would raise their brood. We were swiftly disabused of this notion upon the first day of hatchment.  All day the children hovered, excitedly running back and forth giving updates as the chick worked to release herself from the egg. Finally the chick emerged just as the rains poured down, the children convinced they could relax their vigil sought shelter from the rains.  A few hours later they ventured out to double check their chick, then screams were heard.  The mama and cronies weren’t suitable for the job it appeared, the newborn chick had been pushed out the hen house and was hanging by it’s little foot, caught on a wire, nearly dead in the pouring rain.  Fortunately Fluffkins was revived and survived. Thus began our new practice of whisking the chicks away from their mamas upon their emergence from the egg. 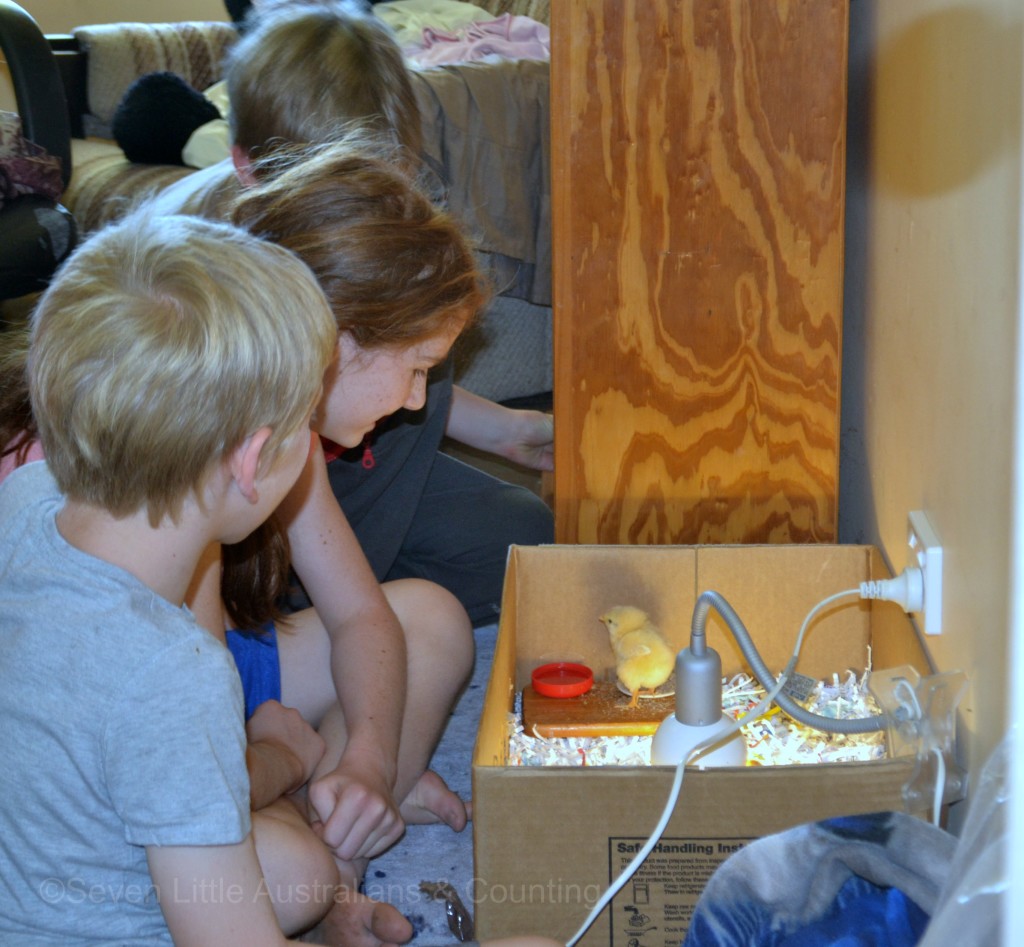 Initially the children set up their nursery in their bedrooms, taking turns to be ‘mother’. As you’d imagine this wasn’t a plan pleasing to me, several days of my complaints regards the smell lead to a compromise of the chicken nursery being set up in the laundry, weeks later the children were eventually convinced the chicks could also survive and thrive in a cage on the the verandah. 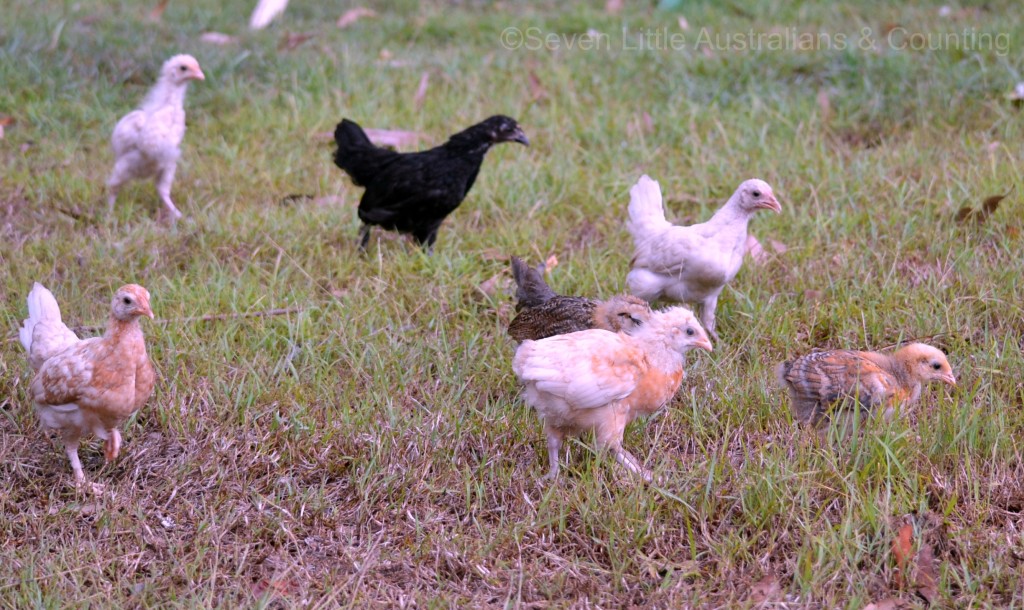 A couple of months later my brother lent the children an incubator and chicken production stepped up a couple of paces. To date we’ve hatched over 22 chickens and along the way the children have learnt many ‘life lessons’. We’ve had deaths of chickens and eggs; some simply just are, some could have been avoided and lessons were learnt about egg and chicken care. It’s best to record when eggs are placed in the incubator and need checking, helping a chick hatch from its egg might seem like a good idea but it isn’t. We’ve had tears, heartbreak and knowledge has grown. 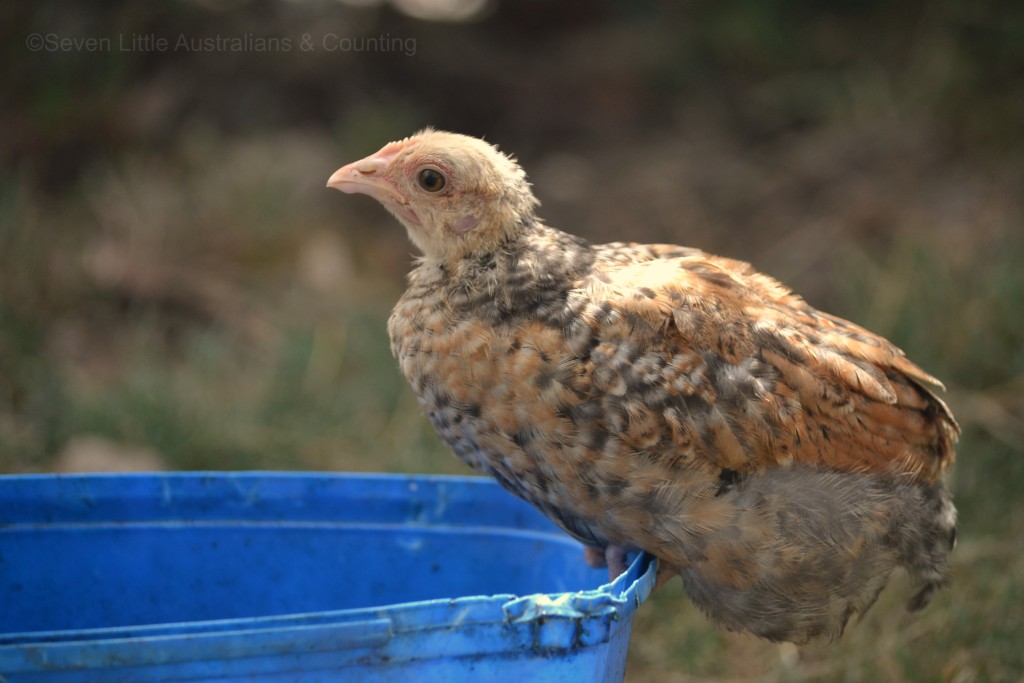 Each and every chick has been christened, this chick is Speed who apparently is a loner. The children have come inside in tears a time or two over Speed as “She has no friends!! The other chickens won’t play with her!!” for children who roam in a pack, being alone is a foreign concept.  I’ve struggled to convince them that perhaps Speed is happy as she is, she certainly receives plenty of petting to compensate for any abandonment issues she may have. 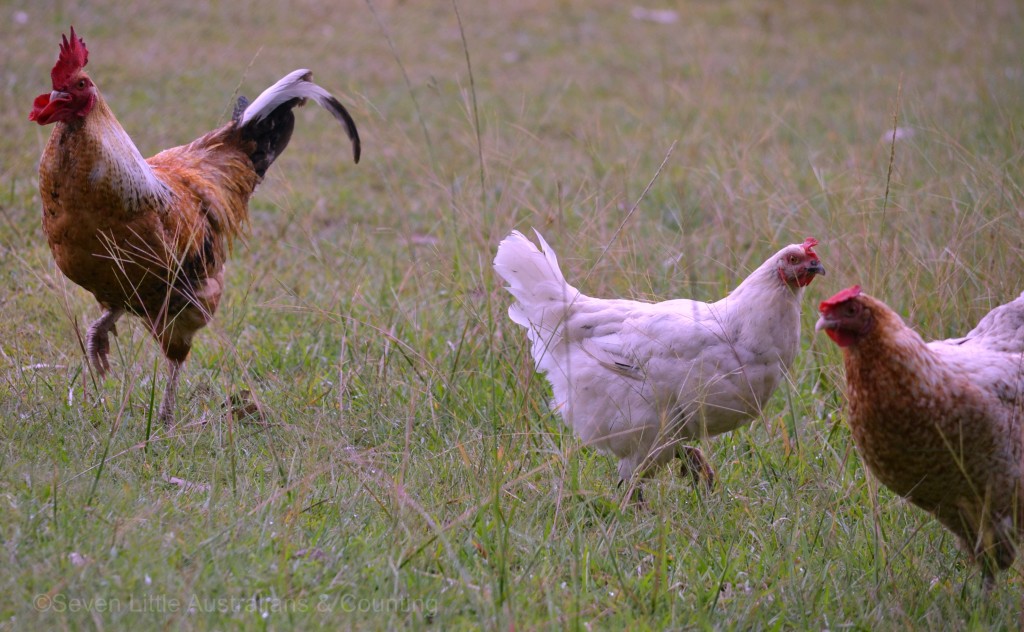 All chooks and chickens have been christened with a variety of names. Our rooster is Ronald and the chooks include; Henrietta, Penelope, Milky White and Deathkiller. There is just something about a chook named Deathkiller… 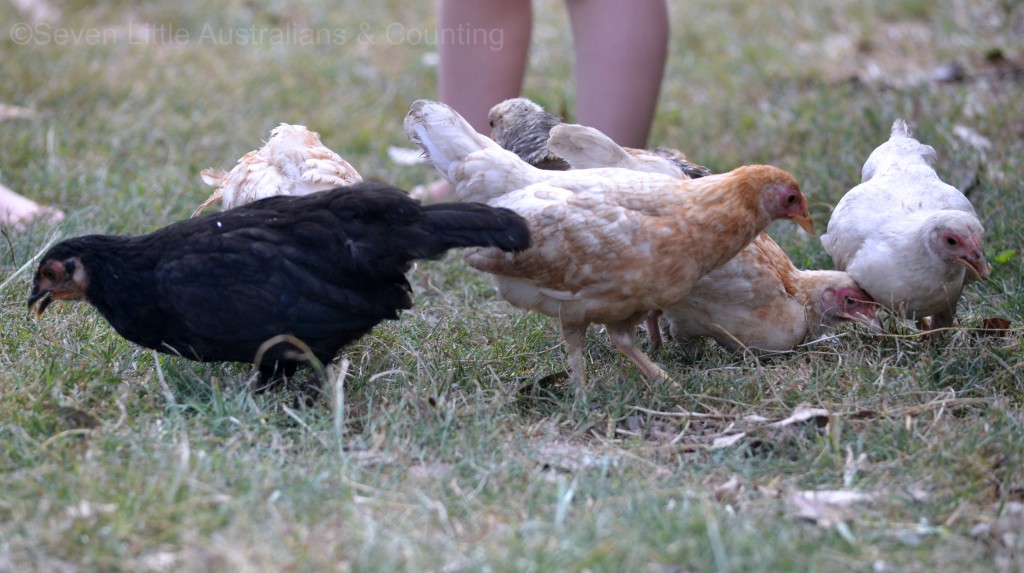 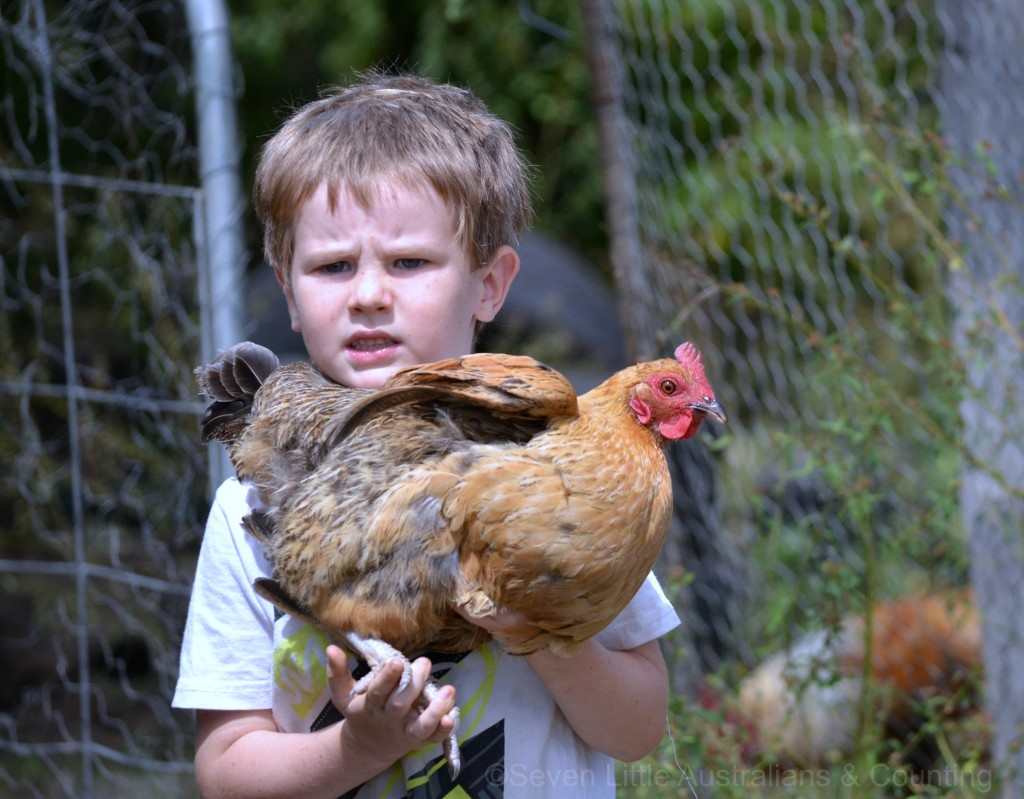 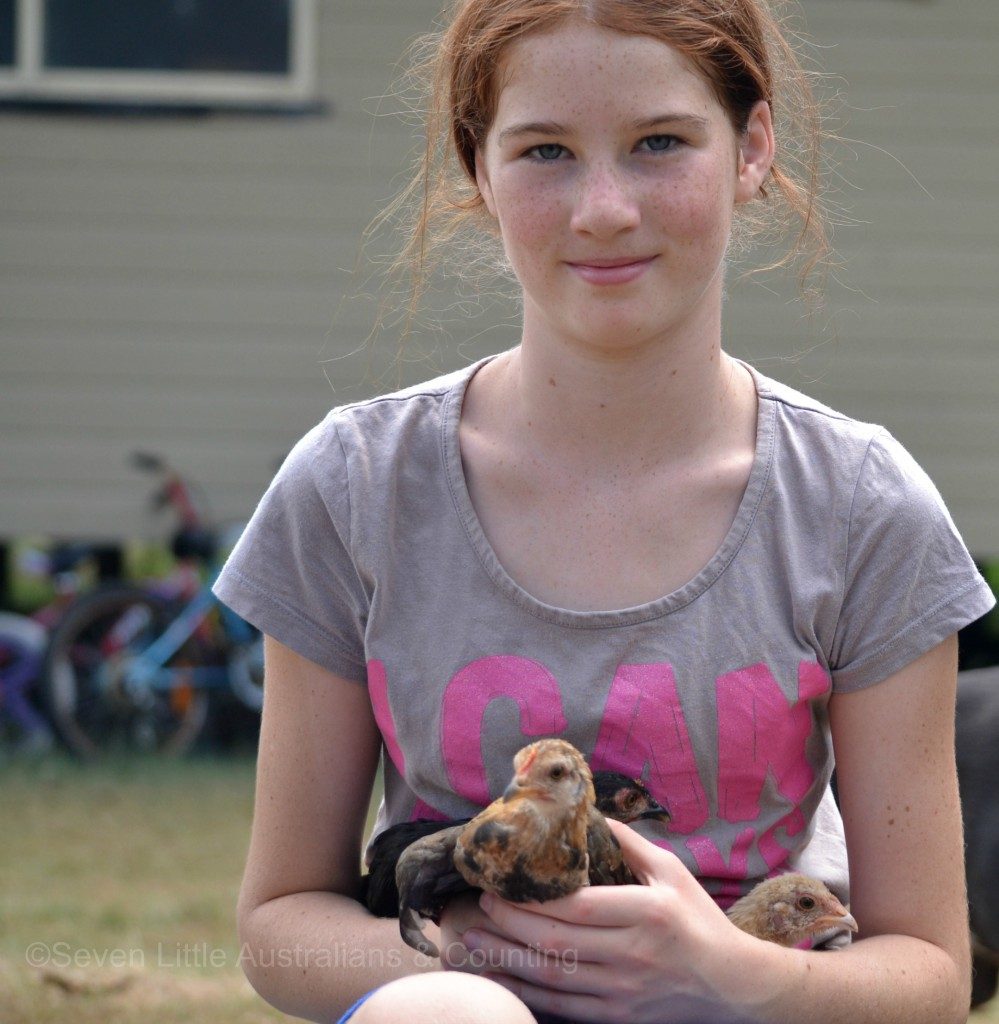 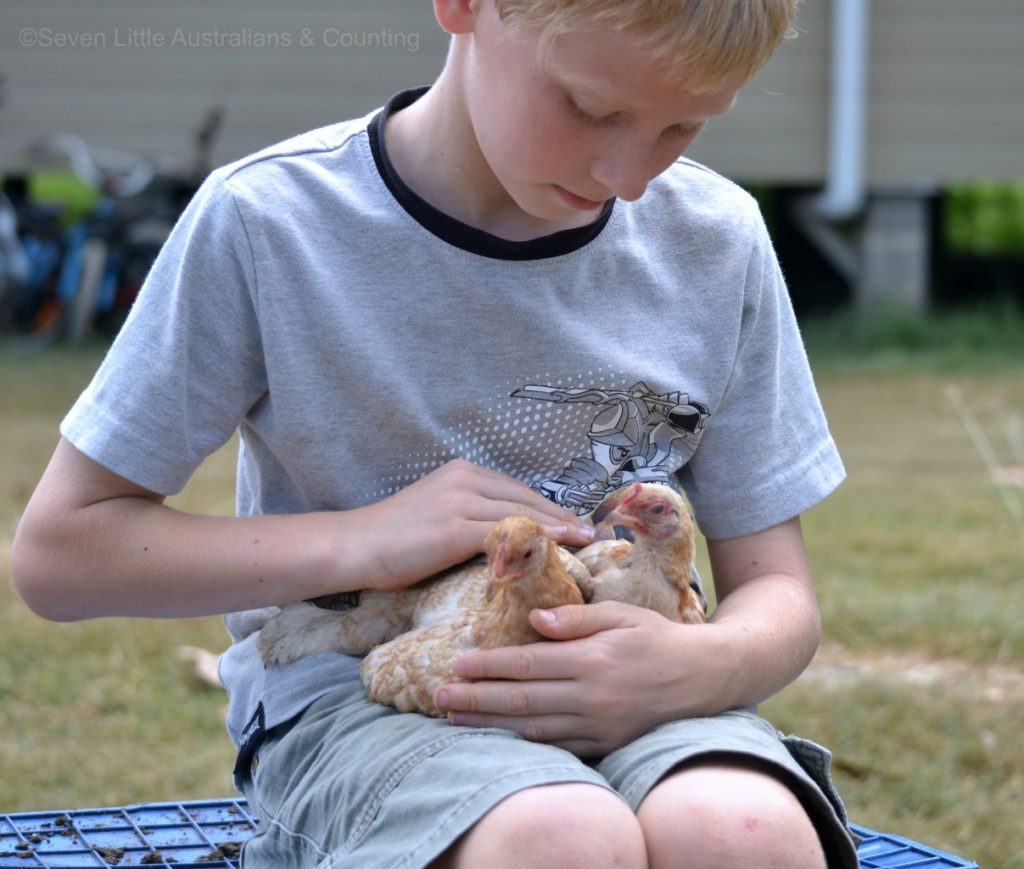 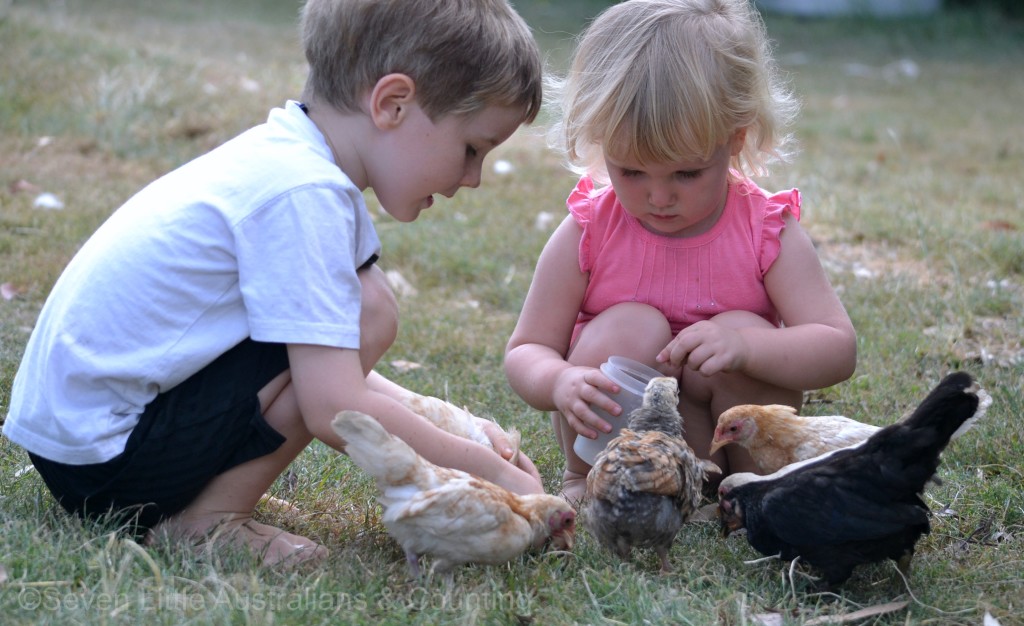 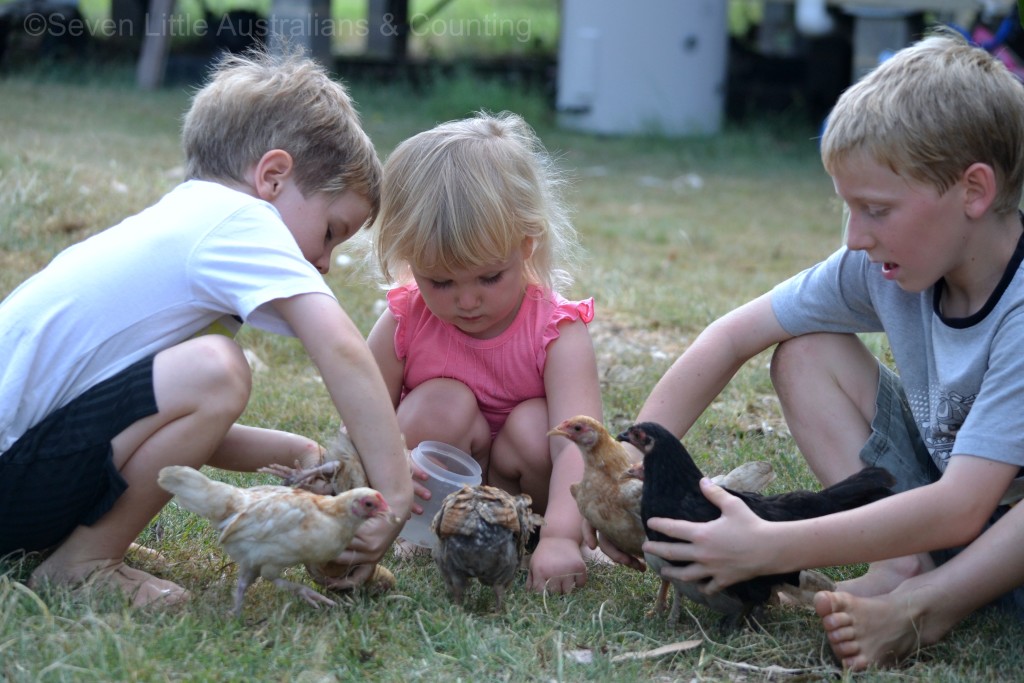 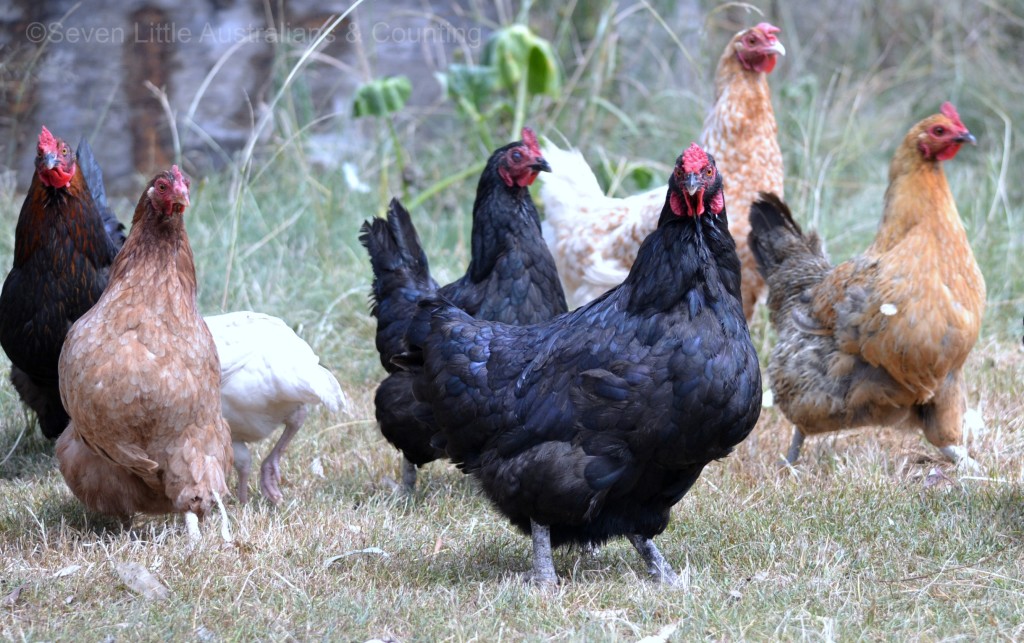 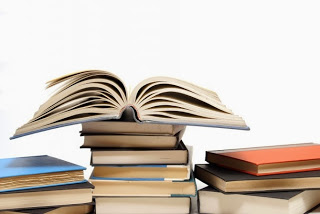