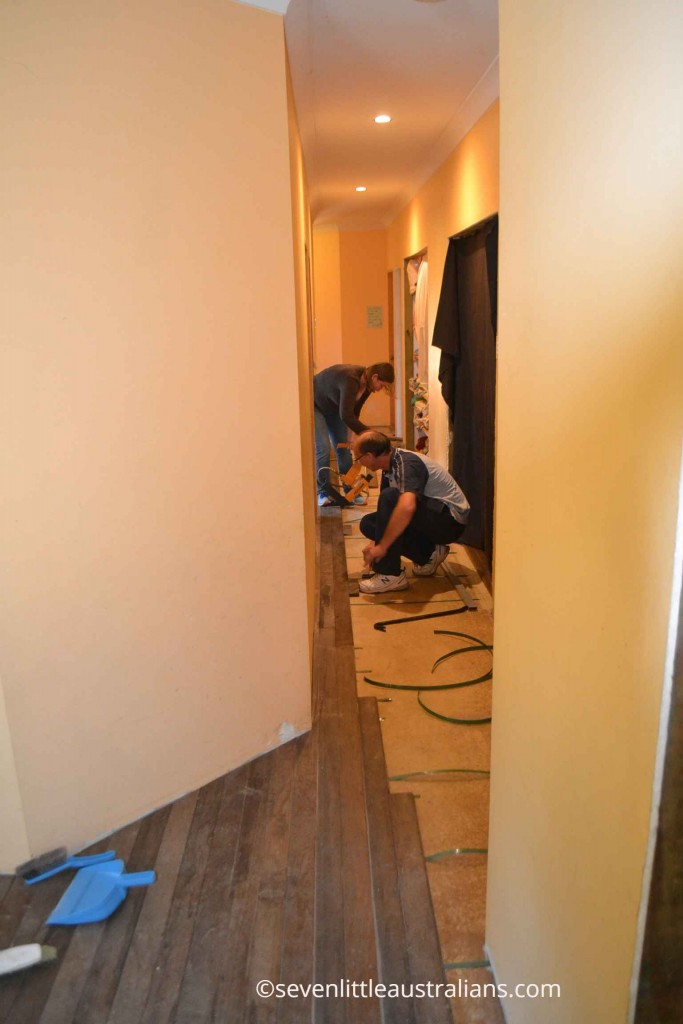 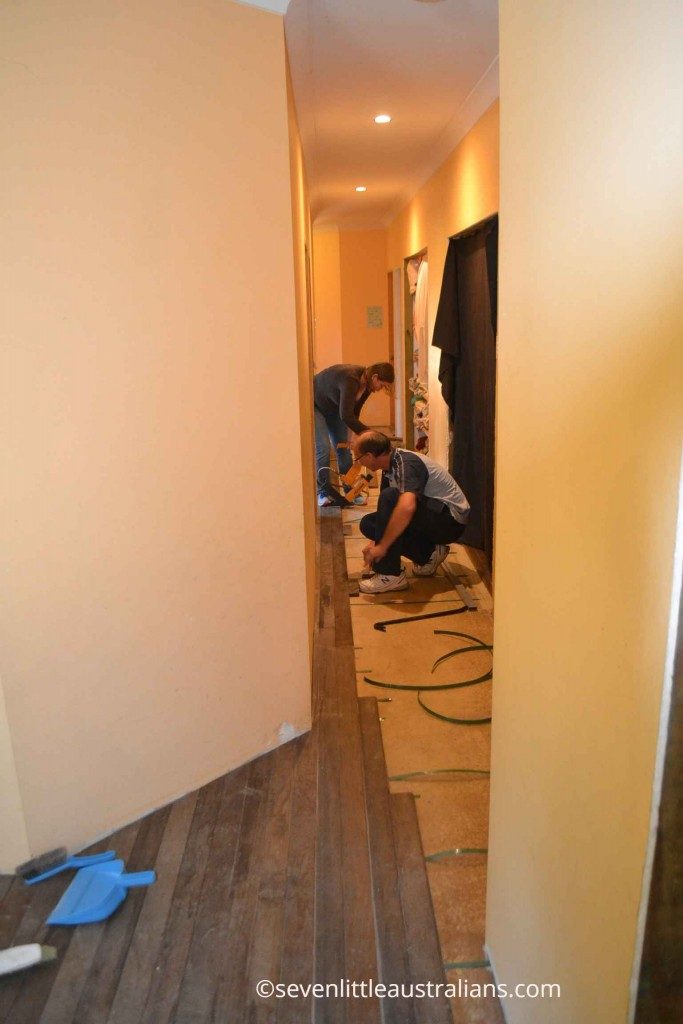 Back in May when we finished flooring the Poolroom, we instantly turned our attentions to flooring the Hallway. Whilst the hallway is only narrow and not a large area to cover and you’d assume it wouldn’t take long to floor, it’s width created it’s own issues. 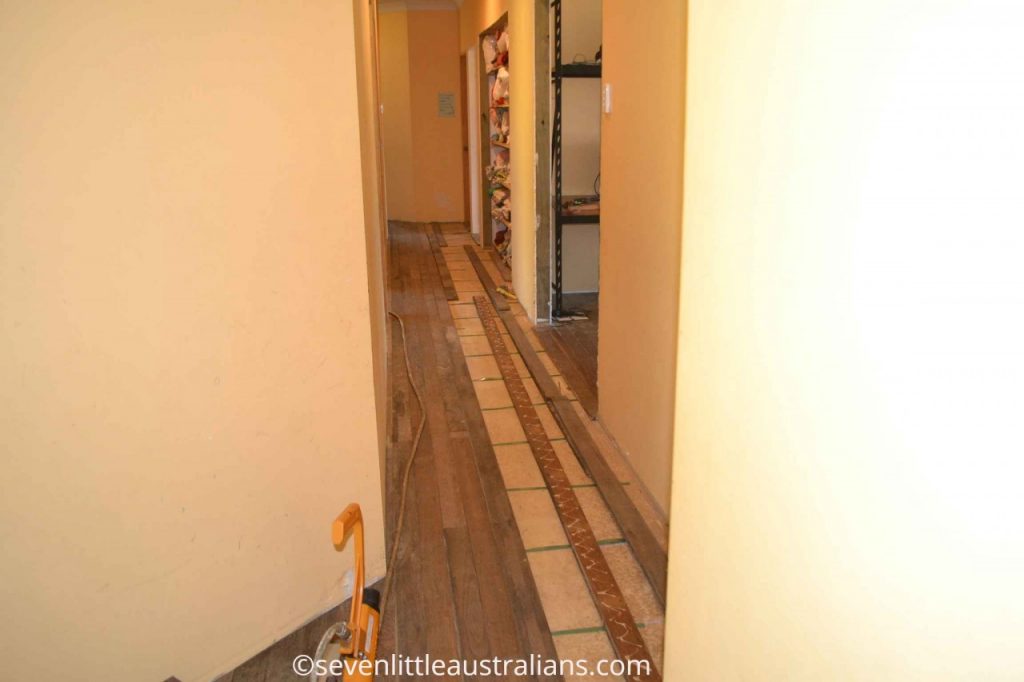 As per our standard practice flooring involves a rhythm of; placing green strapping to the floor for easier sliding of boards, gluing the boards, knocking the tongue and grooves together and then secret nailing. 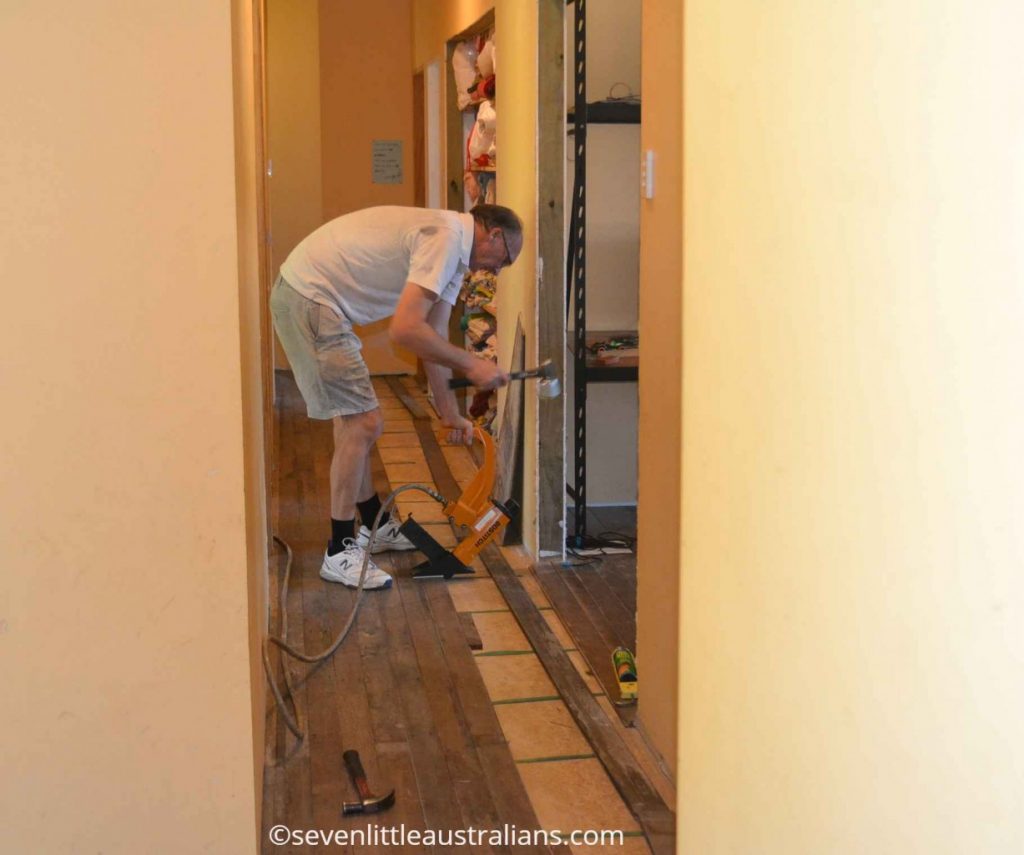 It wasn’t long though before we reached the other side of the hallway and ran out of swinging space for the hammer. Then it became time to get creative, this time PC pre-hammered a number of boards together, we then squeezed glue onto the floor and with the rubber mallet forced those boards down and into the space. 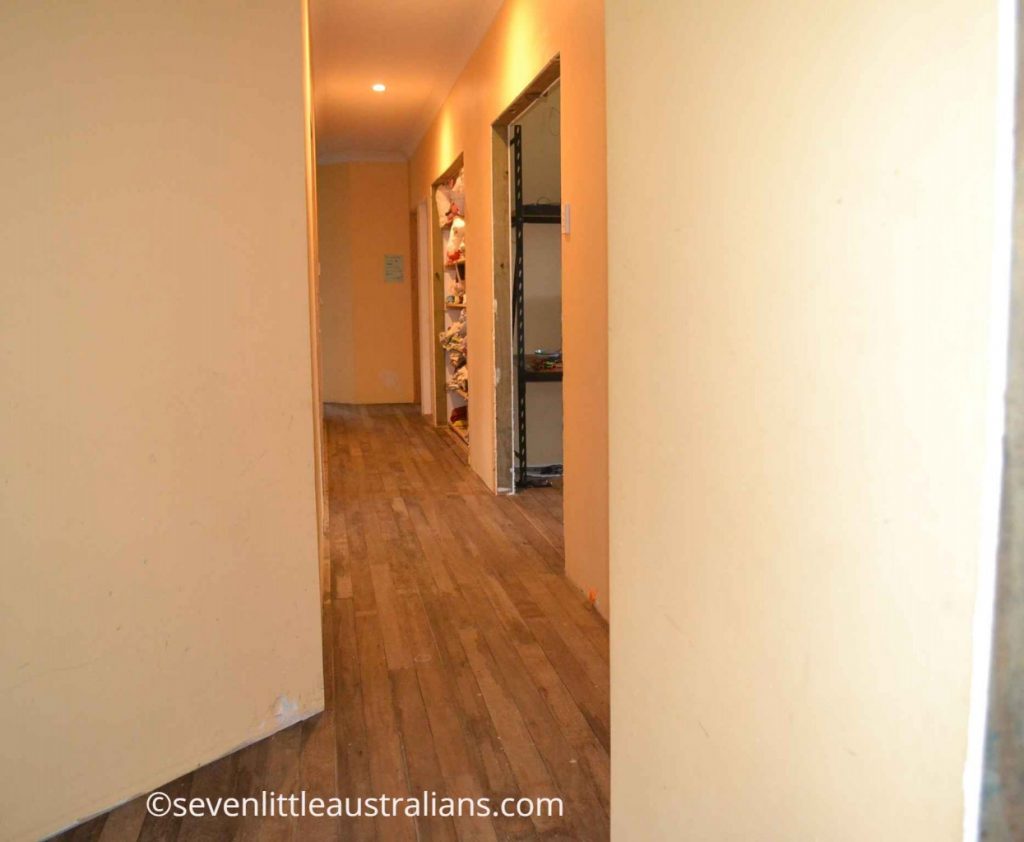 We’re extremely happy with how it came up. It took a few weeks to get used to not having to step up into the side rooms.

This is only the first half of the hallway, the hallway actually twists and turns. 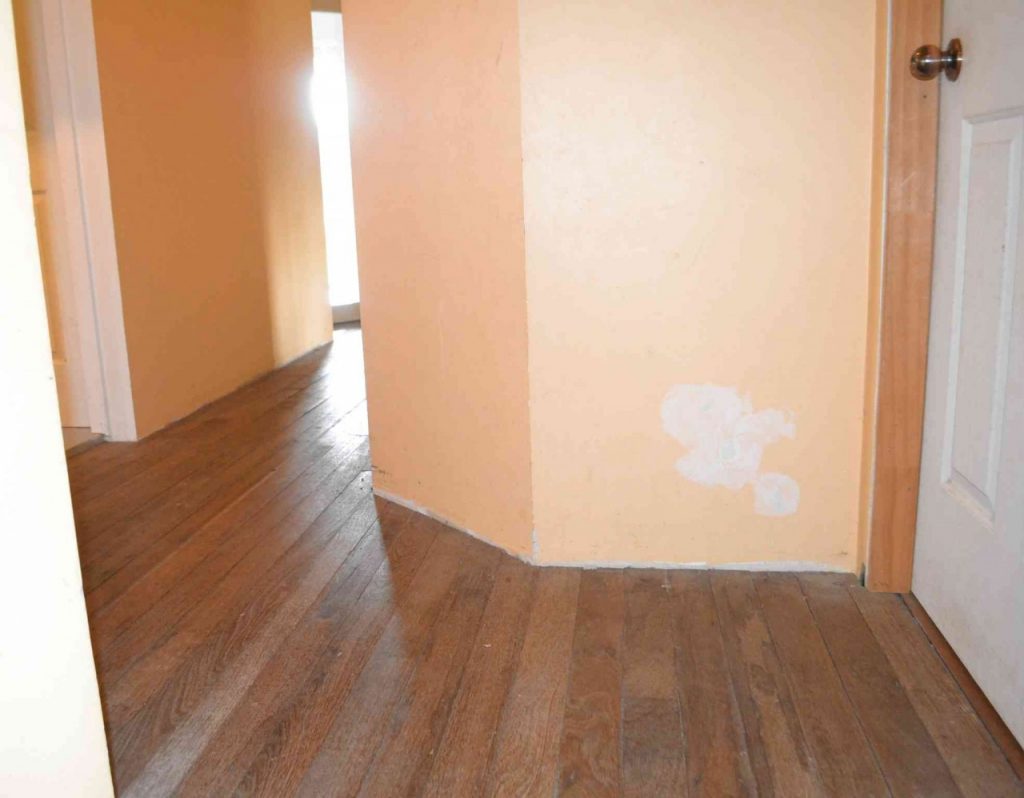 We didn’t get to the second section of the hallway until weeks later, as in between we floored the loungeroom and life became fuller for several weeks.

PC has a fascination with angles, a dead straight hallway has never appealed to him, so when we designed the house he insisted on a hallway that curved. Therefore when we came to the second section every board had to be angle cut to fit. Despite it taking longer to prepare he is still happy with his decision 😉 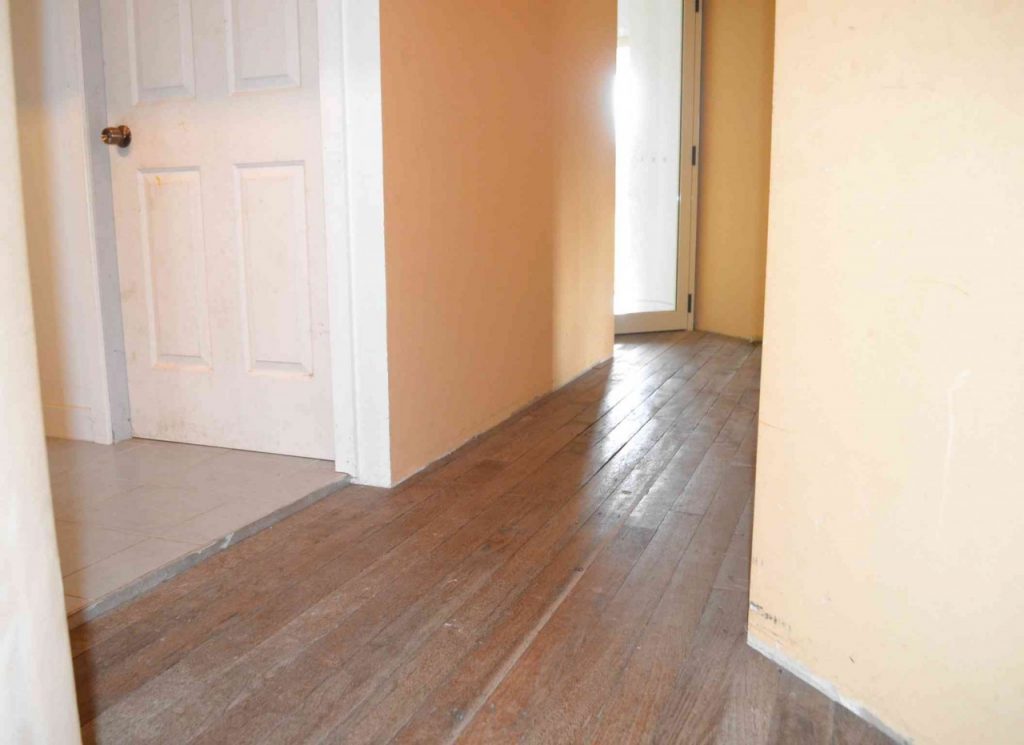 It is a pure pleasure to walk upon floorboards up the hallway, I still stop and marvel over the beauty of the boards particularly when the sunlight hits the boards as it streams in through the laundry door.