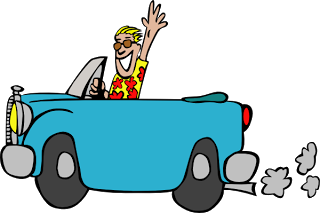 Hard to believe it was only a month ago that Carpenter left home, it seems much longer than that, so much has happened since.  The day he left was hard, at least for those left at home, just as it was when Anna Maria left, leaving days don’t get easier with subsequent children.

Prior to Carpenter leaving life became a huge rush, there was much to fit in, sitting for his STAT test only days prior to departure was the major emotional focus, plus fare-welling his regular commitments, adding in a few new social events and a surprise party organised by his friends, well done J & J!  With plenty of last minute rushing about including clothes shopping there wasn’t much time to dwell on the fact that our boy was leaving home.  There was no time to become ‘maudlin’ any ‘negative’ thoughts revolved around result possibilities for the STAT test (we had a three week wait for the results) an all important question as  results determined how many courses he could undertake in the first semester.   Prior to Carpenter’s departure our town was once again threatened with a flood, the question now was could they make it through to ‘the big smoke’ before the highway was closed by flood waters. In an effort to beat the flood waters Carpenter and PC left early, due to all the external factors it wasn’t until I saw our boy sitting in the car that it hit me, like a ‘sucker punch’ really, Carpenter was leaving home, now!!!  The grief that I felt was intense and physical.

With the encroaching flood waters I headed into town immediately after they left to buy groceries, not wanting to be cut off without food. Yet it was rather a surreal experience, functioning on one level whilst dealing with an intense grief internally.  It was if I had a heavyweight lodged in my stomach and I was having trouble breathing past the grief lodged in my throat, I’m sure all who have ever experienced loss can relate to the feelings of grief.  The ludicrousness of the shopkeeper asking, “How are you today?” and in a desire to not let down a torrent on the hapless person you nod, lie through your teeth and respond, “fine” all the while thinking, “I’m not fine, my boy has left home, our life will never be the same again, and I can’t really believe the world is still spinning, that we are all still functioning, can’t you see I’m not fine!!”  In all honesty I must have made some remark in the supermarket, because when I returned for my month’s shop this week the lovely lady asked, “Did your son make it through to the city in time? Did he beat the flood waters?” so sweet of her to remember and ask, however I had to respond in the negative.

When I arrived home with the groceries it was to a message that I need to ring PC, they had made it to a town and hour and a half away and could go no further, the flood had indeed cut the highway.  This was the Saturday and with College starting on the Monday they were determined to reach the city, I rang the trains, they were not running, passengers had been trapped for hours the night before in a raging storm with high winds, next I tried the airport, planes were grounded.  With all avenues exhausted the poor lad had to turn around and come back home.  Fortunately by the next morning waters had receded enough to make it over the Great Dividing Range to the parallel highway, which was a blessing as the Pacific Highway was to remain closed for nearly a week!

What did I do when he was first gone?  What women for time memorial have done, re-arranged my home.  Every bedroom was shuffled about, each child except for Einstein was moved to a new room, perhaps this is the reverse of nesting for a newborn?  A futile gesture to ‘hide the gap’ left?  Keeping busy was the aim, we have even moved Bass out of our room, in with his ‘big’ brothers.  The first time in 19 years, except for the transition month immediately preceding a new addition, that we have not had a cot and babe in our room, very strange.

Carpenter has settled in, is loving College life and feels assured that he was indeed ready for this stage in his life.  Like his sister he found work within the first week as a medical receptionist, and now has the the possibility of a second job:)  He is learning to juggle his social life and study commitments, and yes results finally did arrive for his STAT test and he was able to undertake a full course load!

Life with our two oldest gone has indeed changed, in some ways dynamics have taken an even bigger shift with the departure of our second.  Einstein our next oldest is not quite 16, wonderful company, but he misses his brother greatly.  Our family now seems so small, looking around our dining room table or along our church pew, our numbers seem greatly reduced.   We miss them both so much but are thrilled to speak to them and hear their happiness and know they are thriving and enjoying all College life has to offer.  Indeed it is only days now until they will both be home for Easter, we are counting down:):)