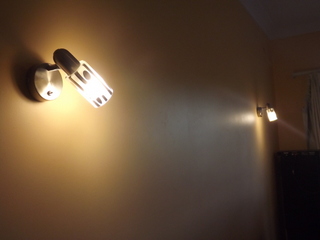 Difficult to source but we finally found wall lights with switches on them, not only can they be turned off on the base, but also via the main switch as we walk past in the hallway.  Installed in the children’s bedrooms and the loungeroom. 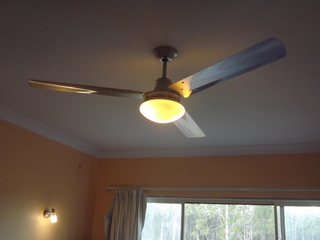 What a pleasure it will be to have fans again in the summer:)   Let’s just admit that some summer days have been rather… uncomfortable.

How wonderful to have ‘switch lights’🙂 (5)  I love being able to stand in front of my linen cupboard searching at night with light:)  So much easier than torchlight. (flashlight) 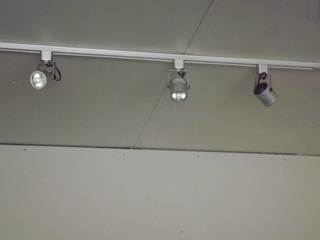 Yes I was rather, um impatient and rushed the electricity a little. Some rooms still need plastering and painting, so the task will be harder, we could regret my impatience.  At the moment though we’re delighted:)

These track lights are in the games room and can be dimmed down. 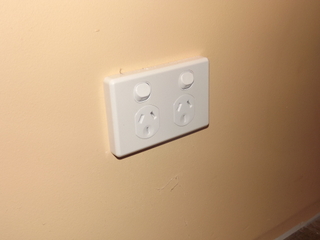 We’ve had some funny moments regarding power points, our younger children have only known extension leads as their power supply for the past three years (in the ‘new house’ that is). Tuesday night they headed over to put on a movie, they were taking a long time to begin, when we investigated we found Jack Jack trying to re-route the extension lead from a bedroom to connect to the TV.  We had to point out this little wonder and explain to the children how it works. 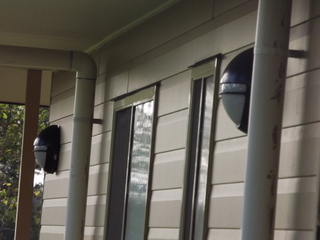 Next time we have a party, the children will all be much safer than running around in the dark. 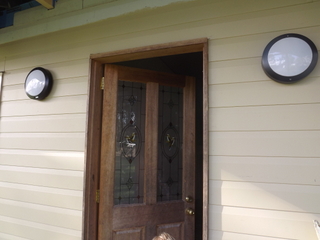 Monday night I arrived home in the dark, lights made my entrance simple:)

We are beyond thrilled to have electricity on in the extension:):):)