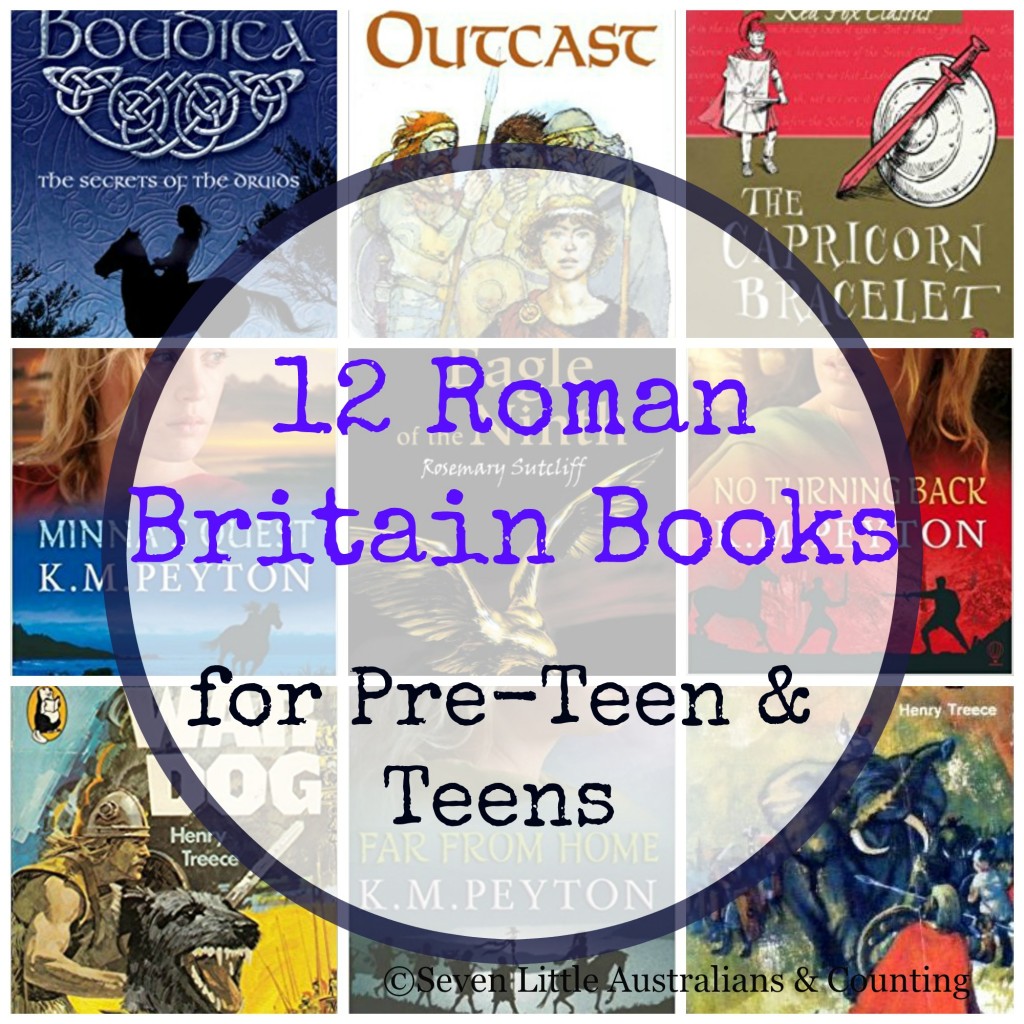 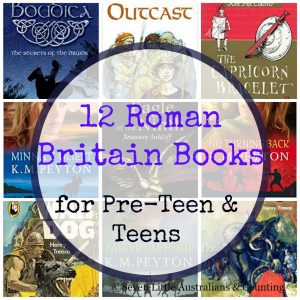 This year Jelly Bean (12) is using Our Island Story – HE Marshall as her history text, she loves the way history is bought to life by this author. A large component of our history studies always includes a selection of living books and thus I set out to gather what books I could source for Roman Britain. I focused my energies towards finding chapter books suitable for a twelve, soon to be thirteen year old girl. As Our Island Story is an extremely comprehensive study of Britain my first collection of living books correlates with the first five chapters from the coming of the Romans through to the rise and fall of Queen Boudica in 60 AD.

Jelly Bean hasn’t read many of the following yet, so I can’t verify at to the suitability of all, you’ll need to discern for yourself. Actually if you know of anything unsuitable in the following books for a pre-teen I’d appreciate a heads up. 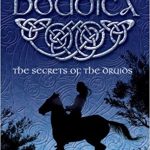 Meet Boudica who one day becomes England’s warrior queen. In Ancient Britain, a tribesman’s daughter is in trouble. The Romans have invaded, her father has been accused of murder and she doesn’t know who to trust. When a mysterious druid appears in her village, she knows she must enter his murky world if she is to bring honour to her tribe and one day become Boudica, warrior queen. 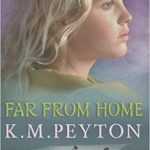 When Minna’s true love Theo sets off to the north to battle, commanding an army that includes her brother, her friends and her beloved horse, Silva, Minna cannot bear to see them all leave her. Regardless of the dangers she will be facing, she joins the baggage train and becomes a Roman spy.

The first of a trilogy, Jelly Bean (12) absolutely loved this book and its sequel Minna’s Quest, sadly our library didn’t have the third. 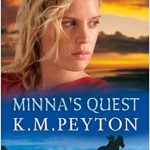 Strong-willed Minna is just a blacksmith’s daughter, yet she raises a sickly abandoned foal to become the pride of the Roman cavalry. When her fort is threatened by bloodthirsty pirates, the fate of her people depends on Minna and her beloved horse, as they set out on an impossible journey to fetch help. 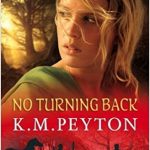 No Turning Back – KM Peyton

When Minna’s true love Theo leaves the lonely fort of Othona for the big city, Minna cannot bear to be left behind and steals away on her beloved pony, Silva, to follow him. But she has no idea that her actions will condemn Theo to fight a deadly duel – with her life as the prize.

The following are written by Rosemary Sutcliff CBE, who was an award winning, internationally acclaimed English novelist who is best known as a writer of more than 40 highly acclaimed historical novels for children.

The following three are part of the Eagle of the Ninth trilogy set in Roman Britain in the 2nd century AD and Rosemary Suttcliff’s best known novels. 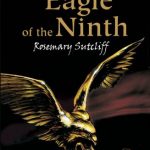 Eagle of the Ninth – Rosemary Sutcliff

The Ninth Legion, four thousand men marched into the mists of northern Britain – and they were never seen again. It’s a mystery that’s never been solved, until now . . .Marcus has to find out what happened to his father, who led the legion. So he sets out into the unknown, on a quest so dangerous that nobody expects him to return. 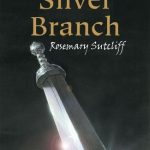 Violence and unrest are sweeping through Roman Britain.  Justin and Flavius find themselves caught up in the middle of it all when they discover a plot to overthrow the Emperor. In fear for their lives they gather together a tattered band of men and lead them into the thick of battle, to defend the honour of Rome.  But will they be in time to save the Emperor ? 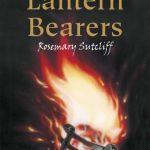 The last of the Roman army have set sail and left Britain forever, abandoning it to civil war and the threat of a Saxon invasion. Aquila, a young Legionnaire, deserted his regiment to stay behind with his family, but his home and all that he loves are destroyed. Years of hardship and fighting follow, and in the end, there is only one thing left in Aquila’s life–his thirst for revenge . . . 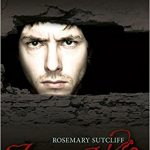 The Antonine Wall has fallen and order slowly collapses on the northernmost edge of the British Roman empire in 343 AD at the end of Roman rule. The little protection that Rome has from the Dalriad and Caledone tribes comes from a small post of half-wild legionnaires, The Frontier Wolves. A young commander is sent to preside over this undisciplined lot at their borderland outpost. Alexios struggles to contain, govern, and ultimately earn the respect of these Frontier Wolves. His tenure with the pack requires a balance, too, between controlling and honoring the tribes that occupy Roman land. At the book’s conclusion he orders his men to abandon their fort and leads them on a harrowing trek southward, towards Hadrian’s Wall, and safety with the vicious Northern tribes at his men’s heels for the entire journey.

A story with an amusing twist and a romantic background. Quintus is a young standard-bearer for the Roman Ninth Legion based in Eburacum (York) in Britain in the 2nd Century AD. He has fallen in love with a local girl Cordella, but to marry her he must succeed in being promoted, and achieve the rank of Centurion. The story tells how a hard boiled duck’s egg and a legion’s standard help to quell rebellious troops and earn the longed-for promotion. 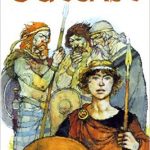 The tale of an orphaned Roman child, Beric who is shipwrecked on a coast of Dumnonia in Celtic Britain, outside of Roman rule. He is adopted by a childless couple, grows up within the tribe but is is an outsider from the start, the village druid warns that he is cursed by the sea, and when death come to the tribe, the fingers of blame point in only one direction. Cast out by the warriors, Beric is left alone without friends or family. With no home and little money, he must survive in the harsh Roman world by himself, with death, danger, and enemies always around the corner… 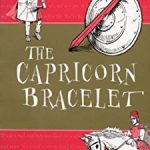 Set at the time of the Roman occupation of Britain, they follow the fortunes of one family over three hundred years. All soldiers, they are linked by the Capricorn bracelet, first worn by the centurion Lucius for distinguished conduct, then handed down through the generations. This collection of stories cover the fall of Londinium to the building of Hadrian’s Wall, and the final departure of the Romans from Britain.

Henry Treece a British poet and prolific writer who also worked as a teacher and editor wrote a range of works but is mostly remembered as a writer of children’s historical novels. 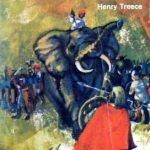 Legions of the Eagle – Henry Treece 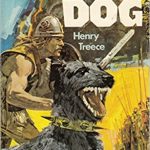 With his spiked bronze collar and shaggy black coat, Bran the war dog makes an impressive figure. Although he is fiercely loyal to his Celtic master, it is the time of the Roman invasion of Britain and Bran comes to learn that fortunes shift in time of war, even for a dog.