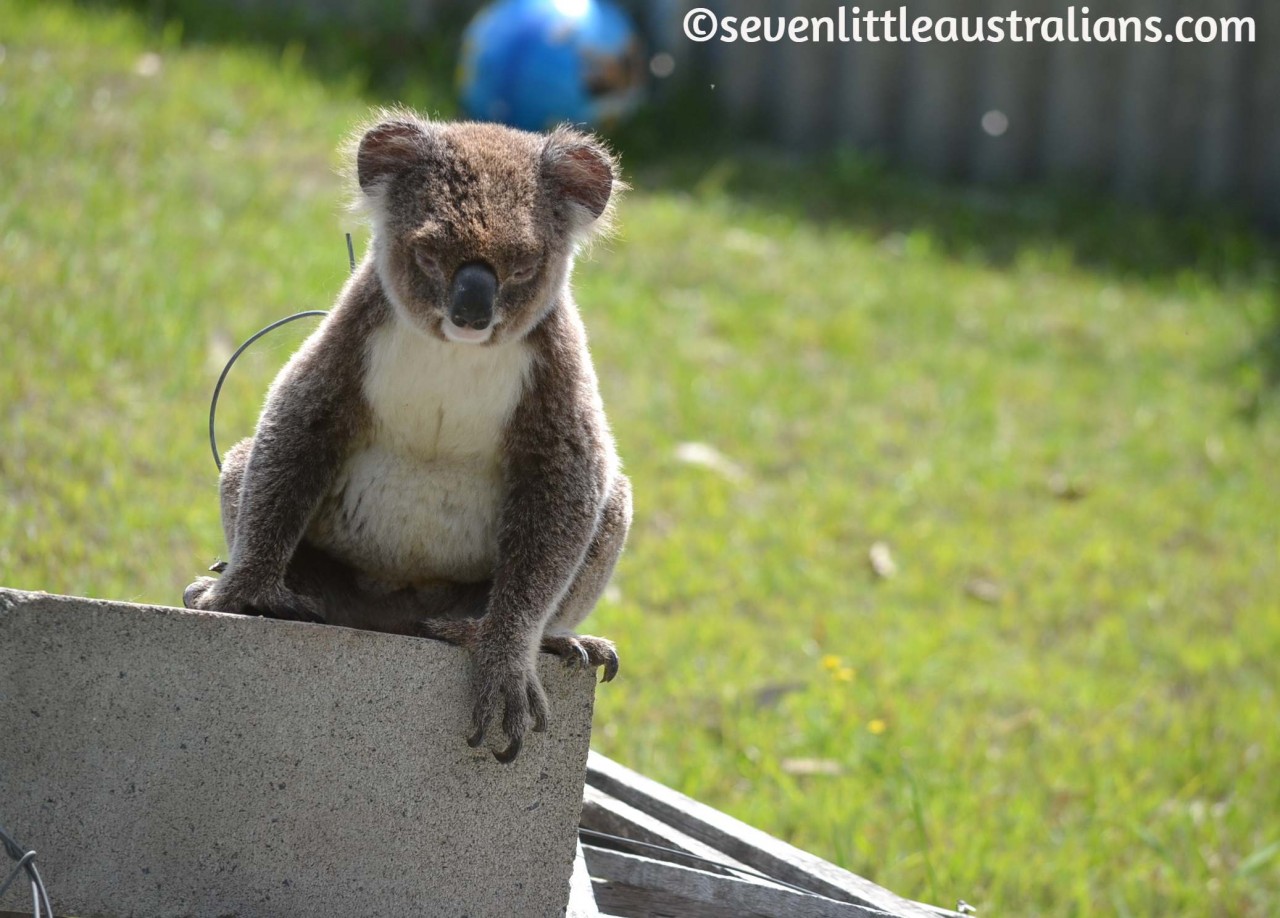 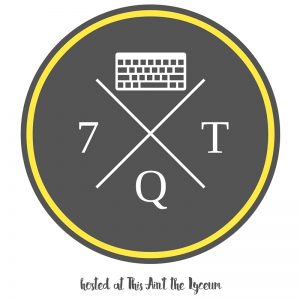 Head on over to This Ain’t the Lyceum to read more 7QT for this week.

We use the Readerware database to keep track of our extensive collections of movies and books. I love being able to track what books (and movies) we do and don’t have and one day I’m going to splurge and buy the mobile phone app as well, it will save having to ring from town asking my teens to check the database. It’s rather fun hearing the beep as the scanner reads each bar code as new books enter our home (and the database), yep I’m a nerd.  One thing irks me though, some sellers place their price tag right over the top of the barcode, grrr! I then spend ages trying to peel their sticker off so I can scan the barcode 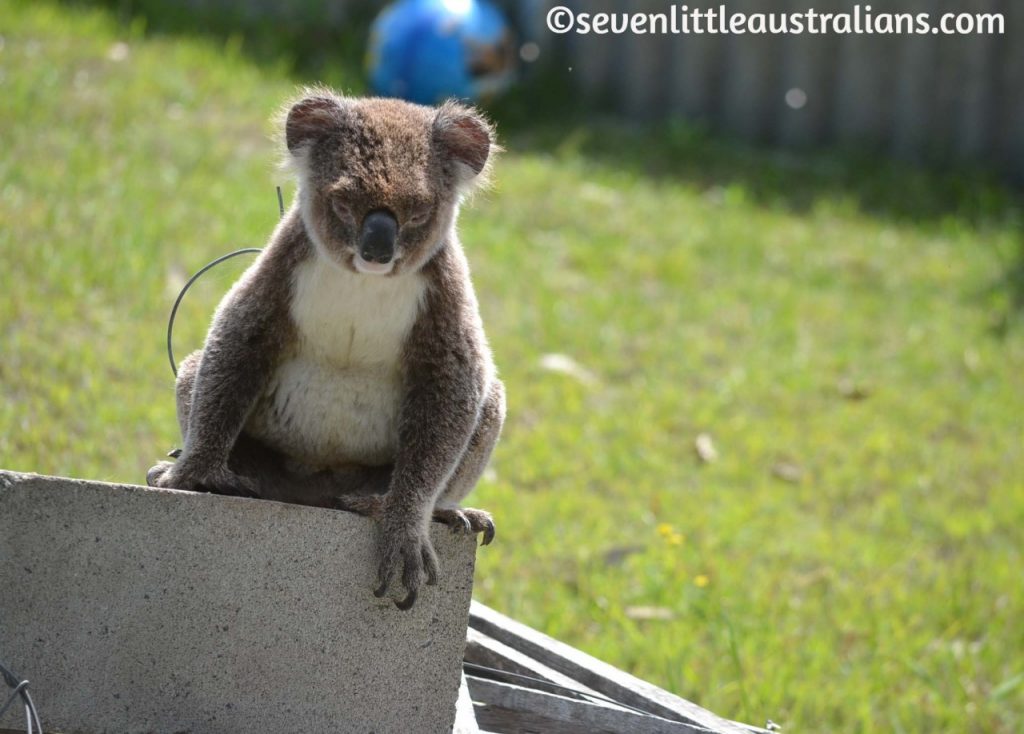 Last weekend we noticed a Koala sitting on a stack of timber only 5 metres from the house! Initially we weren’t too concerned, he looked reasonably healthy, he didn’t have the Red Eyes that we’ve grown to associate with Chlamydia, hours passed and still he sat there, a closer look revealed gummy eyes. We are in a Koala corridor and this is the third Koala we’ve found with Chlamydia. We put in a call to Wires and they came and took him away to begin treatment, hopefully he will survive

During the last fortnight we celebrated Jem’s 10th birthday! The years have simply flown by, I can’t believe this impetuous child who ‘leaps before he thinks’ is ten already, and so grateful he actually made it to ten, there have been some moments… thanks be to God for his Guardian Angels… He declared it the BEST birthday ever, when his big brother Einstein, 21 years, drove home seven hours to surprise him, and declared his brother the BEST PRESENT!!! The joy and surprise on the children’s faces when they saw Einstein, so precious. He also hosted his first birthday party complete with friends and told me later that he was so surprised that they all gave him a card AND presents, he wasn’t expecting presents! So sweet

The birthday cards did highlight an area we need practice in though, opening envelopes! In total bemusement I watched him unfold each glued down section of every envelope until the envelope lay opened, completely flat. I wondered why didn’t he just slit the top of the envelope? Then I realised, we rarely receive mail these days, the correct method of opening envelopes must be a lost art 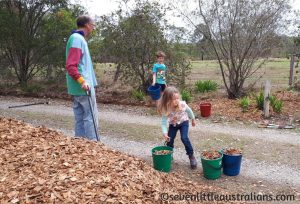 Spring finds us turning our attentions towards the garden, we have a huge garden that was created by the previous owner, mostly Australia natives so thankfully rather hardy, still they were in drastic need of mulch. 9 tonne of woodchip duly arrived and with ‘many hands making light work’ we are slowly covering the garden, though I think another 9 tonne will be needed before we are finished

Some dear friends and I recently had a heartfelt conversation, we shared our sadness about the push by the government and society for mothers to enter/return to the workforce as soon as possible, how there is a very clear message that motherhood is not valued. I could say so much on this topic, suffice it to say my heart is heavy

Went to sew mesh bags today with my overlocker, it’s been years since I’ve used it and I discovered I’m missing the foot! Could I have somehow given it away?! I can’t work out why it’s not there. So turning my attentions to other projects that I only need the regular machine for, one is to convert adult linen/cotton shirts into summer nightgowns for Bella(4). I’ve been looking at these shirts for awhile and am rather stumped at how to convert them. Previously I’ve cut a ladies nightgown down to fit Bella, but for that alteration I ‘moved the top down’ and cut a new neck and armholes and shortened the sleeves at their top. This time I want to keep the neckline as the collars are lovely, so what to do? These instructions on how to resize an adult t-shirt for a child indicate there are not going to be any short cuts, I think I’m going to have to do as last time, only this time I’ll unpick the collar, alter and then reattach, still researching