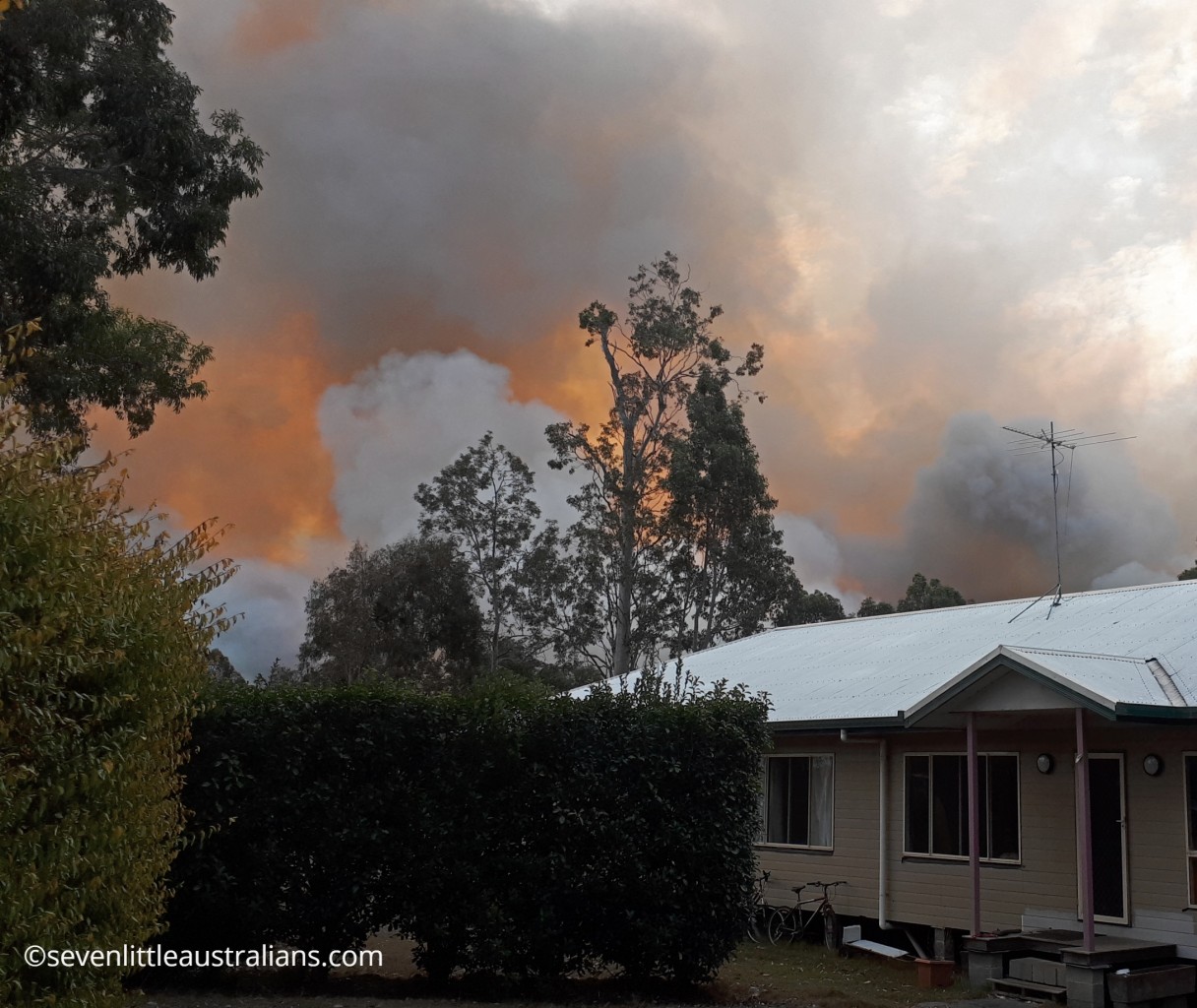 It’s nearly a fortnight now since The Fire began and we’ve only just regained our equilibrium. It began as an ordinary weekday and finished in a whole ‘nother way.

Wednesday 15th – Feast of the Assumption

Actually it wasn’t an ordinary day it was the Feast of the Assumption, so we began the day by attending Mass. When we arrived home at 10.30am we noticed fire in the distance, thought no more of it and proceeded with our day. By 3.30pm however we were certainly paying attention. 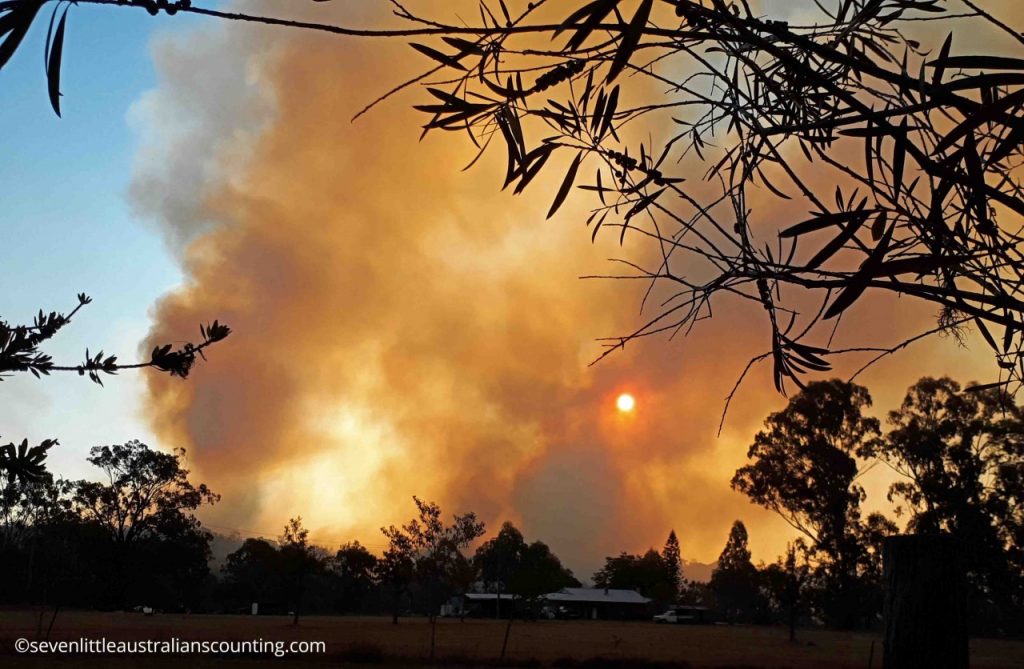 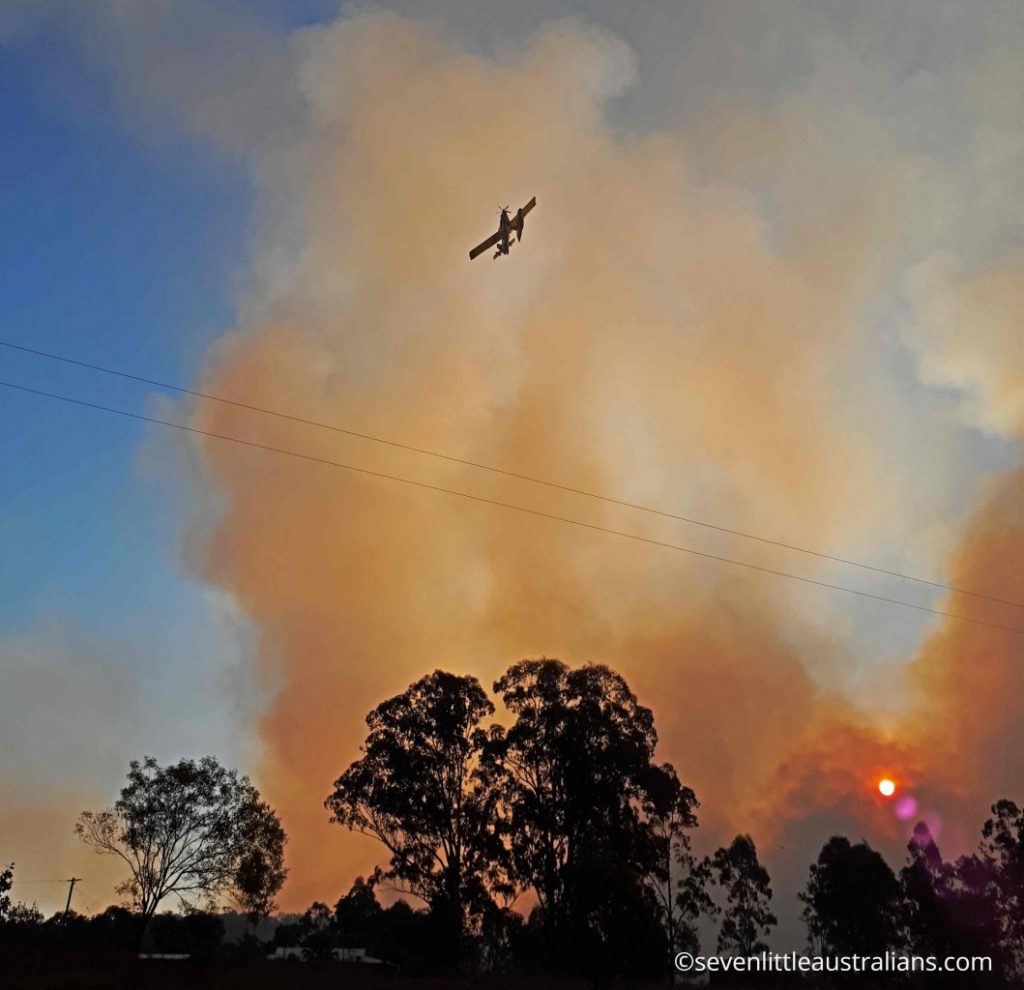 Huge clouds of smoke were billowing up and ash was falling, it was quite obvious the bushfire was close, only a kilometre away. Planes were constantly overhead, water bombing the fire. All Bush Fire Brigade units from the district were being called in to fight, the highway was busy with plenty of activity, fire trucks were constantly tearing past and at 4.30pm the police arrived to close the highway.

By 5pm it was looking more ominous and our eldest rang to say the police were not letting her through at the road block only 600m away, in fact they recommended we leave. We began stepping up our evacuation plans but still in disbelief that it was really going to happen. Afterall the paddocks surrounding our house were quite cleared as were our two neighbours.

By 5.30pm the Firies arrived and we were indeed being evacuated, it was time to leave. Their plan was to back burn from in front of one neighbour’s house and behind the other neighbour’s house, both houses being closer to the highway than us, (neighbour’s house above) this way if the fire jumped the highway there would be nothing to burn. Therefore they needed us out of there though they weren’t indicating our house was in danger. Still there was always that worry that it could become so and as we drove away we didn’t really know what we’d return to.

Essentially it didn’t matter, the children were safe, they were all that was irreplaceable, though for the children it was more unsettling they didn’t see the bigger picture, for them home is security. Like homing pigeons we headed to the Church, it was where we needed to be and fortunately being a Feast Day, a second Mass was being said. Such solace.

We then went out for dinner, during which we finally made phone contact with Prince Charming, who had been driving North and was totally oblivious to all that was happening back home! Afterwards a dear friend hosted us for a couple of hours, encouraging us to gatecrash her birthday celebrations. In between we were receiving phone calls from friends offering shelter and updates from the neighbour, whilst she had left her husband had stayed, those phone calls were extremely reassuring to know just what was happening.  By 10:00pm I was realising I needed to make a decision as to whose offer we were going to accept when our neighbour rang to say although we had no power, we could go home!!! Oh joy! 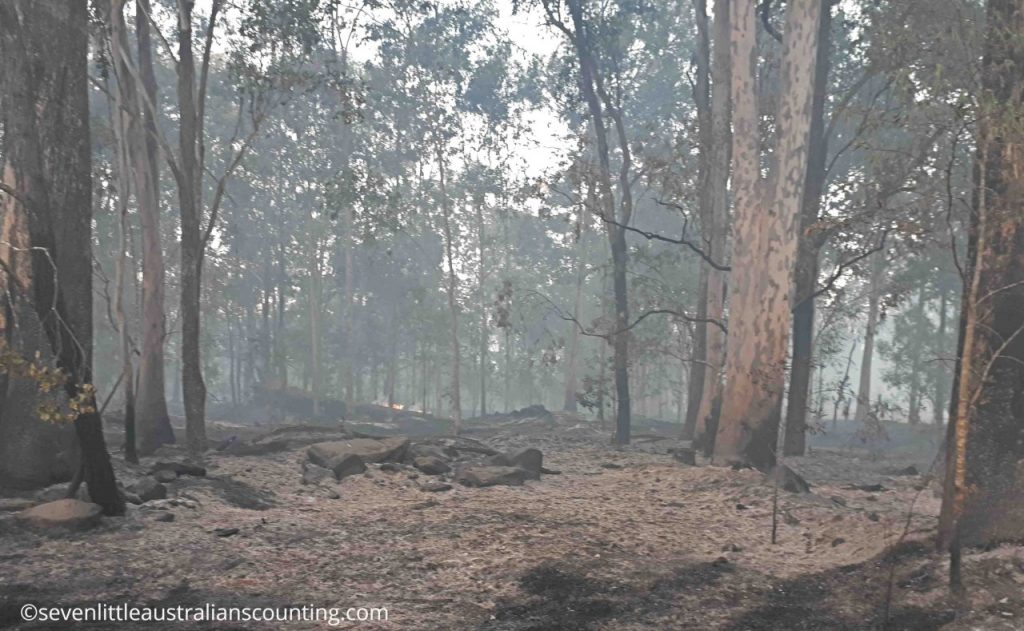 We were so grateful to have returned to our home and all was well. When we awoke Thursday morning we still had no power and all was quiet.  Venturing out into the world we wandered up to the top of the driveway to find logs still burning and ashes smouldering. We inspected the back burning in front of one neighbours and the extensive burn behind the other neigbours, hearing the tales from the men who stayed behind. We chatted to the firies who were out orientating themselves before another day of fighting began, and to the linesmen who were checking power poles for damage in preparation for turning the power back on., power was turned on at 8.30am!

We were on high alert as temperatures were expected to soar to 28C, with no humidity and expected 30km winds in the afternoon. All day the bushfire raged, alternating between being under control and out of control, all day three planes circled overhead dumping water, firies were out in force and fire units from further afield were called in to assist. The smoke was extremely thick.

We pumped water from the dam to fill the tanks, climbed up and cleared the gutters of leaves and felt a little safer.

In the afternoon the winds picked up, the fire was now on two fronts, the front on the south side of the highway (we’re on the northside) raced along a couple of kilometres to threaten a more densely populated road. The fire on the north of the highway continued north but we watched worrying, what would happen if it turned to the east, to our gully. We prayed constantly for the safety of the Firies and for the homes of those under threat.

At 9pm PC, on his way home from up North was stopped at a new road block and was escorted home along the highway by Firies. The sweet relief to have him home! 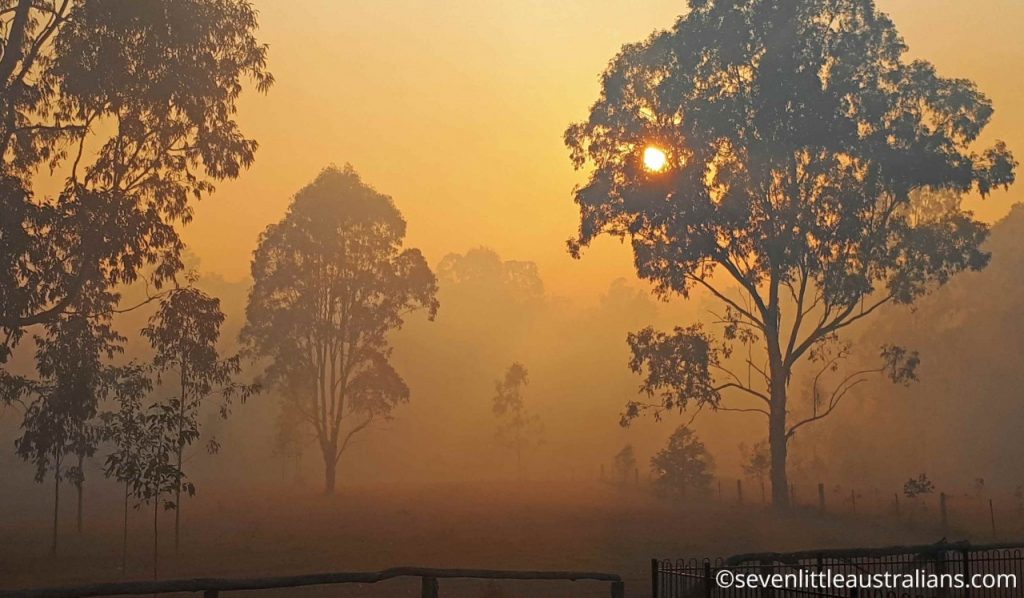 We awoke to thick smoke surrounding our property. Knowing the bushfire was on two fronts the night before and assuming the highway might be closed again in the upcoming day we wondered what the new day would bring. Little did we know! 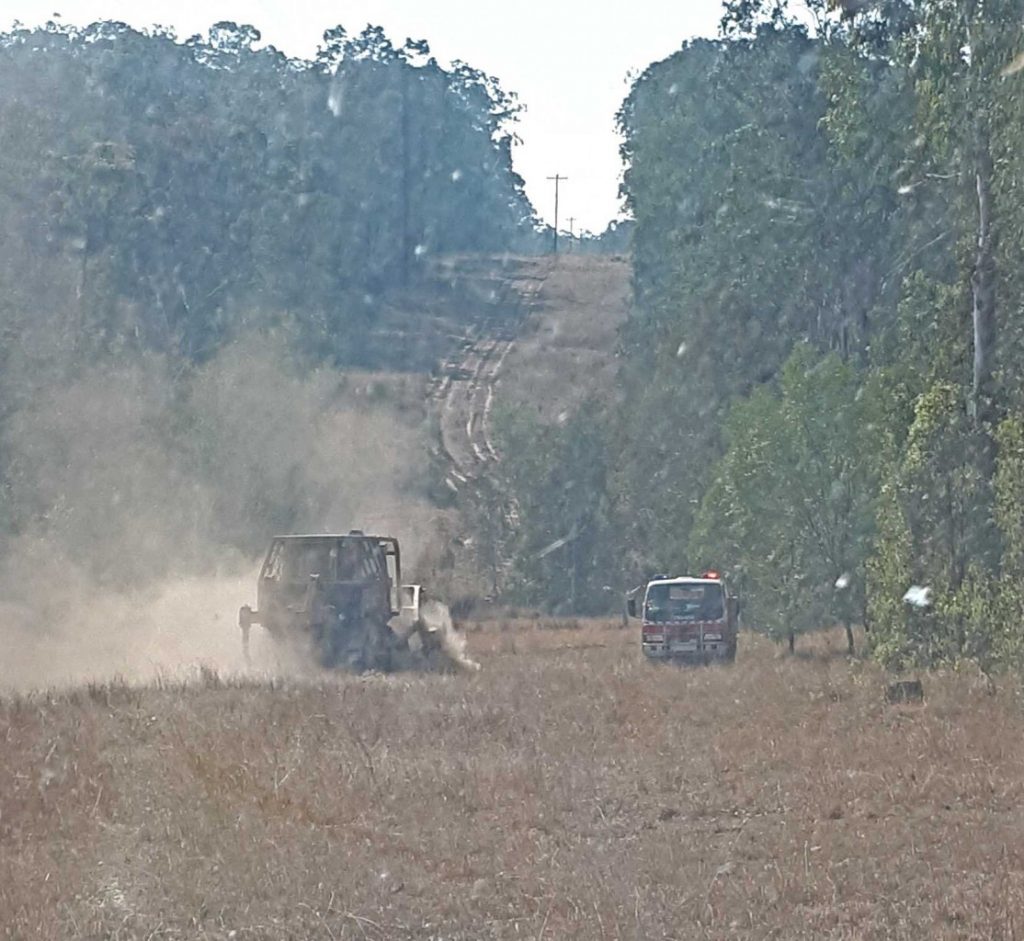 Mid morning the sound of heavy machinery echoed through the bush, it sounded as if it was on our property but we assumed not. We drove out to see how close they were, we are on 146 acres/59 ha, and saw a bulldozer tearing along, well and truly on our property. They had cut a swath through our back paddock, were in our front paddock and they continued on as we watched, through our neighbours fence, over his hill and down to the highway.  Their plan was to create a firebreak and backburn the lot, all of our land on the northside of the firebreak, which was 85% of our land and up into our neighbours property behind. This was part of their fire management plan to keep the fire under control. 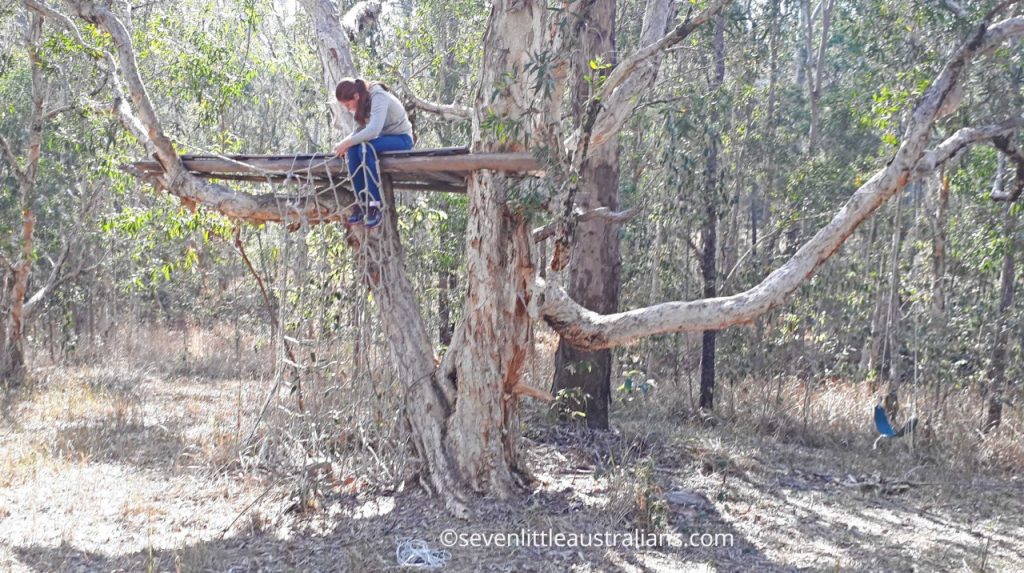 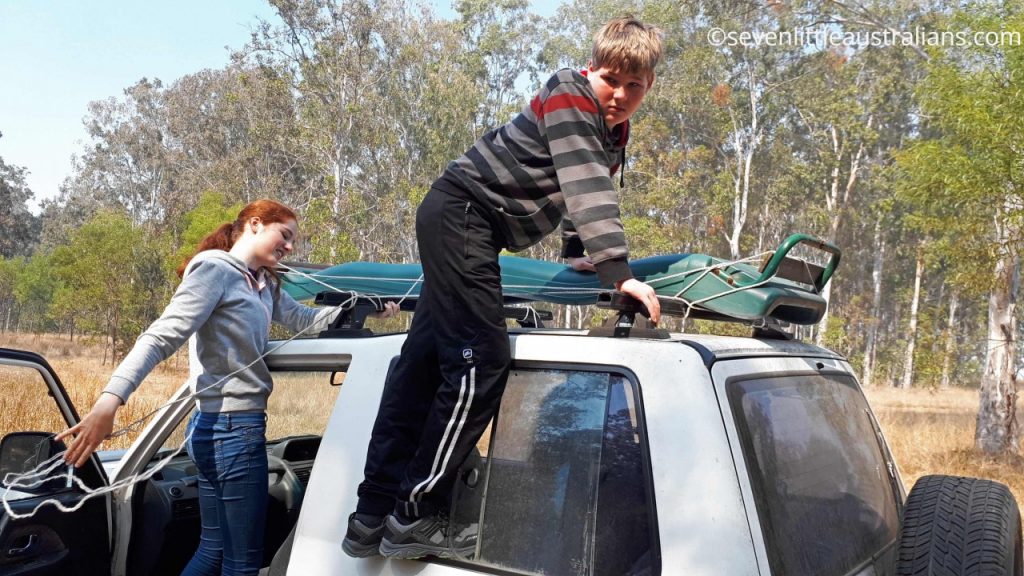 Fortunately I managed to get one firie to tell me what was happening, as we then had the opportunity to take the extras of the children’s treehouse, and farewell the treehouse which was built six years ago by Michelangelo and Princess who were only 13 and 11 at the time, it was indeed a solid engineering feat that was incredibly impressive, particularly for such young children. 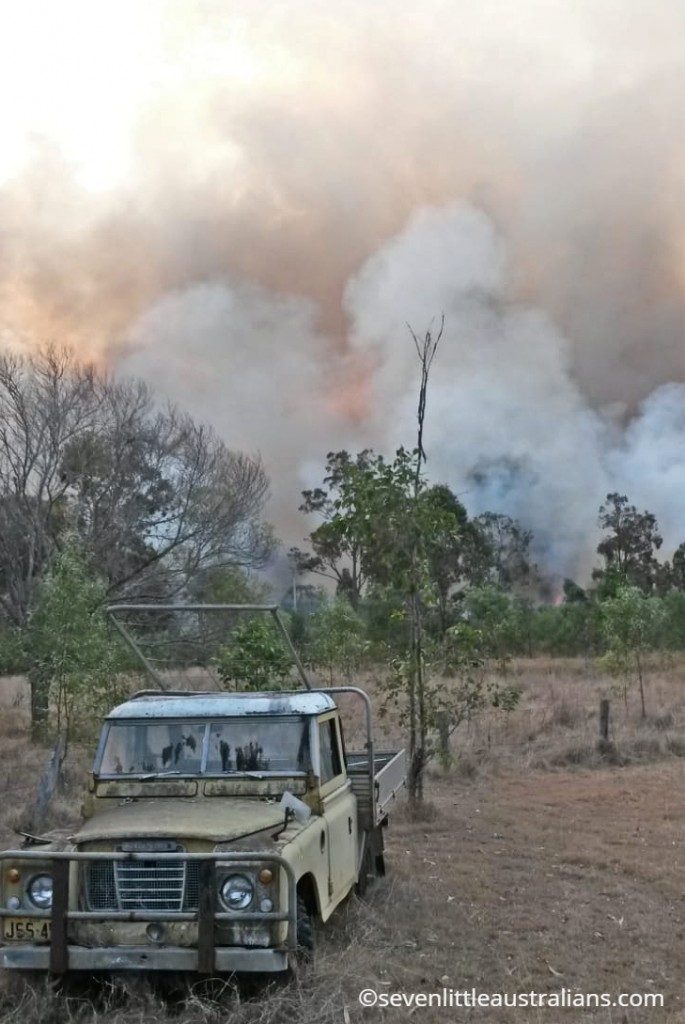 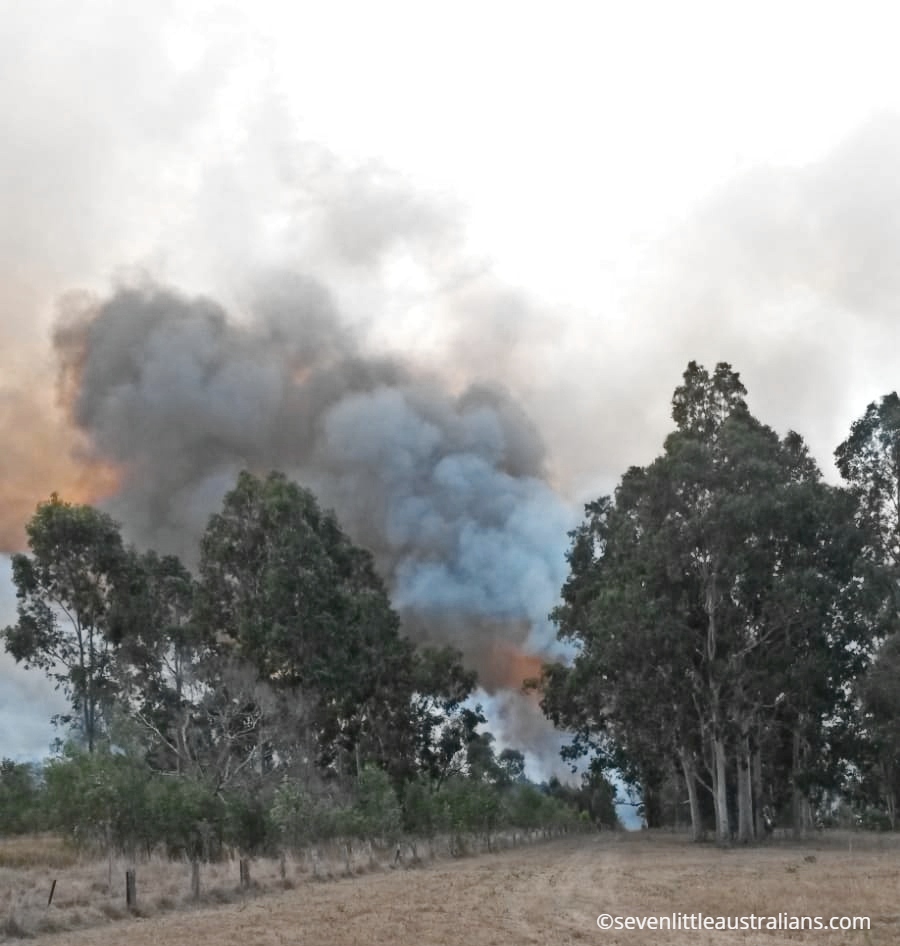 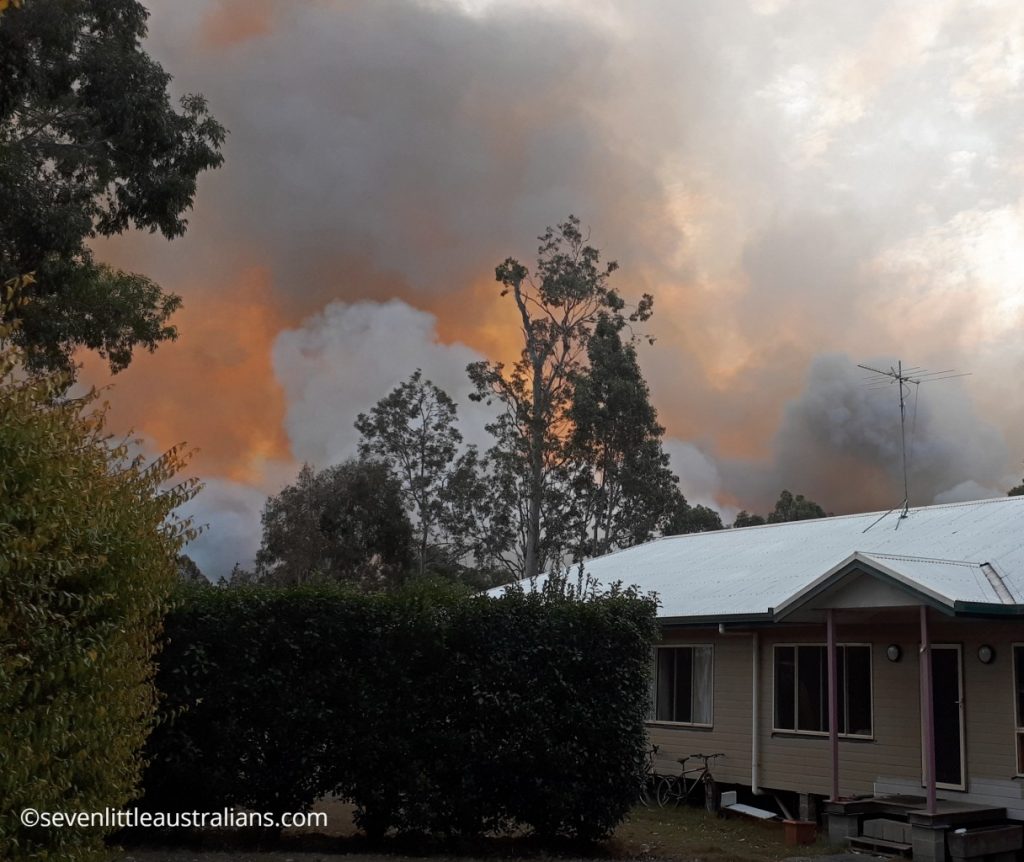 Around 2pm the RFS began the back burn, beginning at the highway, torching along the firebreak they’d created, through our neighbours, onto our place, into the neighbours on the east through to the road there. When I’d told PC of the planned back burn he came home and I was most relieved to have him there, we wet down the house and gardens.  On high alert the whole time, watching in awe and concern when the wind changed, to see the flare up as the fire hit all the fuel out there. The fire continued well into the night and the firies began a back burn on the other side of the highway that night too. 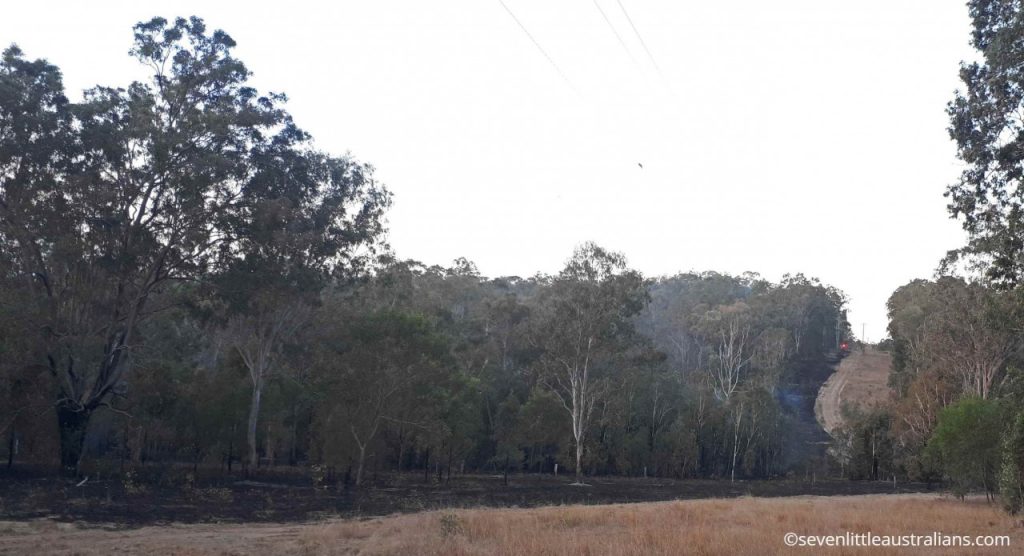 Late in the afternoon we were able to take a brief look and could see the plan had definitely been enacted according to intent. 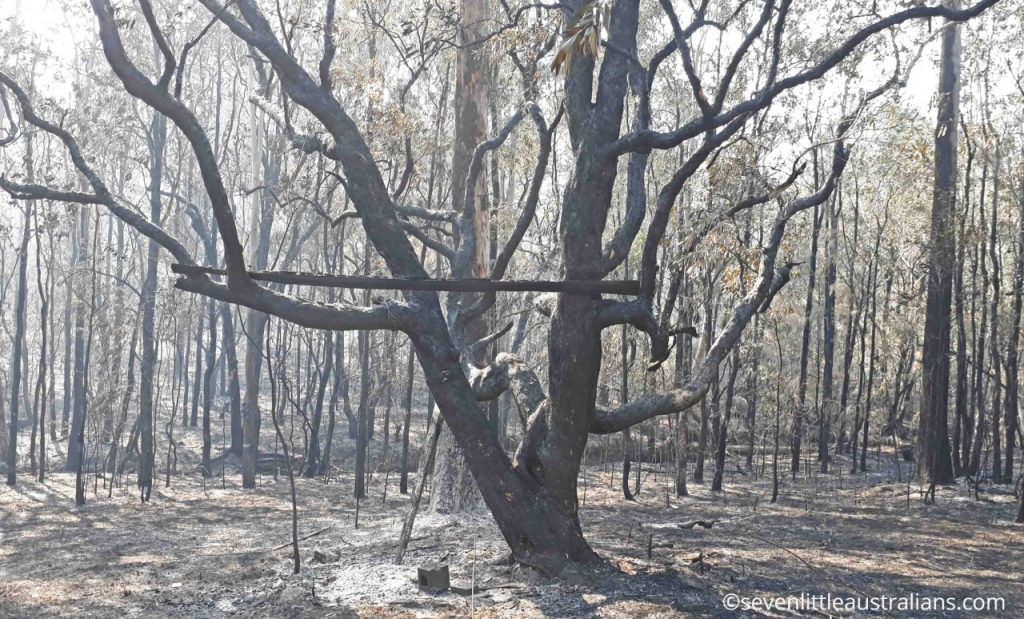 Sadly the children’s Treehouse didn’t escape the Fire, all that remains is one beam, it’s a place that has seen many hours of happy play by our children and their friends. Such wonderful memories and so grateful we’d spent an afternoon down there only days before. Interestingly it was an afternoon we were meant to be elsewhere and we’d cancelled to spend time in the bush, so thankful now. 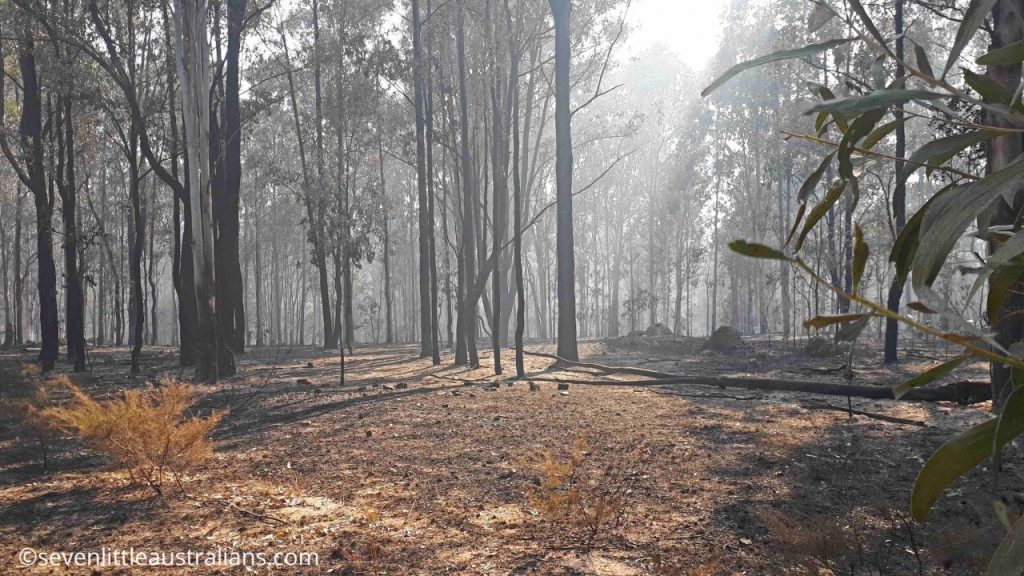 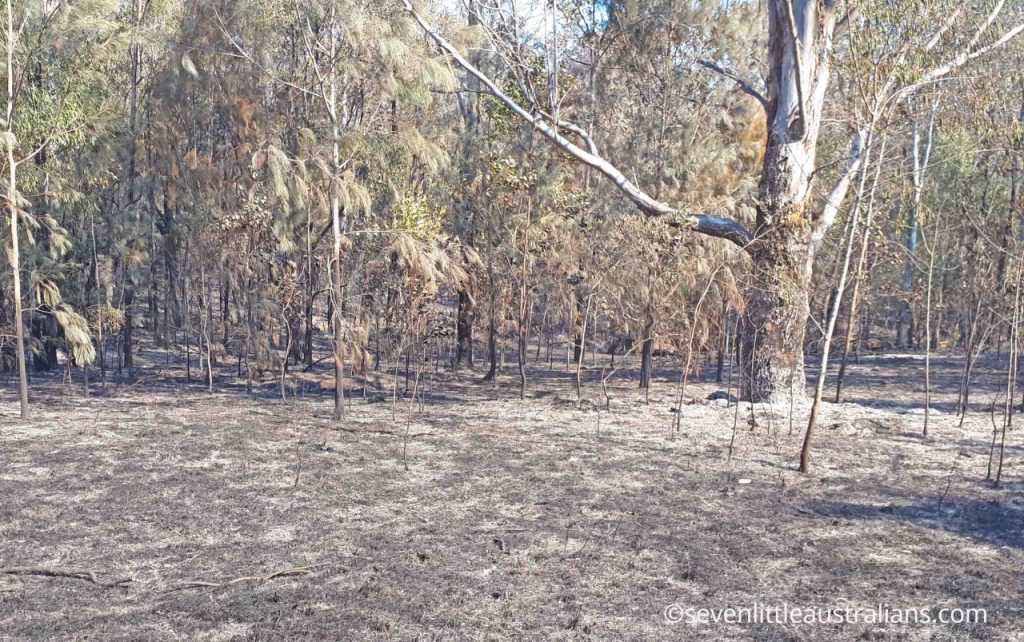 The landscape has dramatically changed between the fire and bulldozers. Driving around our property we are stunned to see the desolation.  Smouldering continues, logs are still on fire and smoke is flaring up intermittently as new fuel is found in neighbouring paddocks. Firies continue to fight the Fire on properties nearby.

Friday 24th we were excited to hear the unfamiliar sound of rain pouring, it had been so long. All weekend we were blessed with rain, 35ml/2.14inches in all!

Now a fortnight later we have a list of work to undertake.  Clearing debris; logs, rocks and sticks, protecting the new roads from erosion and we’re in the midst of sorting our fencing insurance. Over 2.5 km/1.5miles of fencing has been burnt and needs to be removed and replaced!

So very grateful we’re safe, our home is safe and aware that we’re now in a good position regards fires for the rest of the Summer. 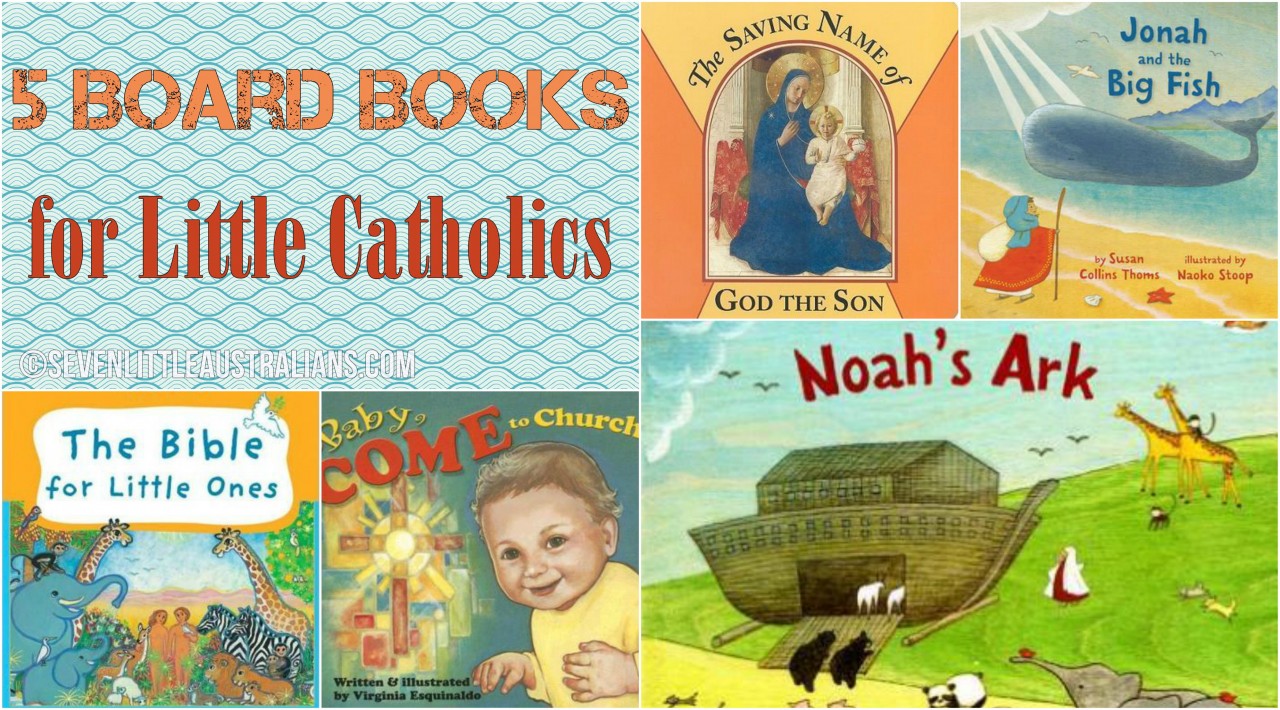 5 Board Books for Little Catholics 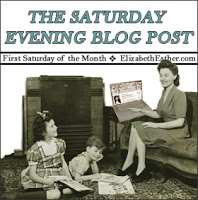 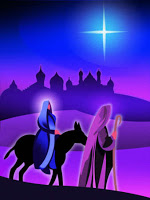