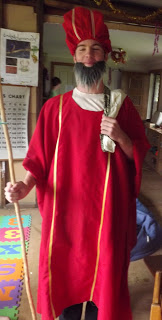 There was much excitement Tuesday morning when the children awoke to find their St Nicholas gifts.  Gifts consisting of chocolate coins, candy cane and a book to help them grow in their Faith.

This year we were extra excited as we were to host our first St Nicholas Day party.  The party began with the arrival of St Nick himself, heralded by the ringing of his bell. 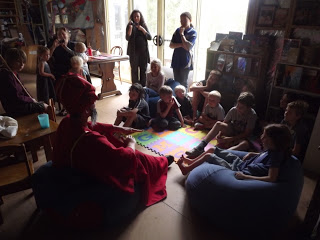 The children were rather taken with St Nick and happily listened as he regaled them with the story of his life. 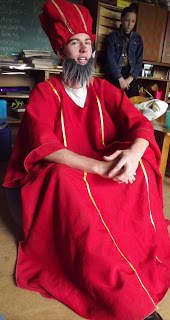 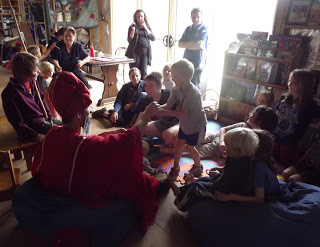 Much to the children’s delight he distributed candy cane and chocolate coins. 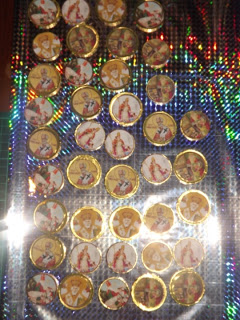 Coins that looked rather extra special. 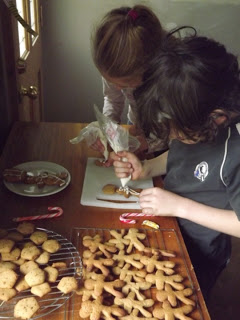 We had various activities set up around the room and each activity was supervised by four lovely teens.  The speculaas men were hugely popular to decorate (my secret wish is to own a St Nicholas cutter).  Grain free gingerbread were also popular.
* I really could not have managed without the help of our teens:) 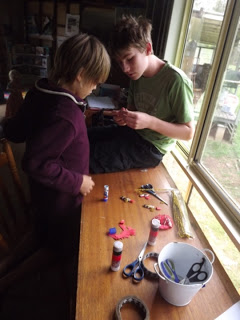 Also popular was the Santa makeover, 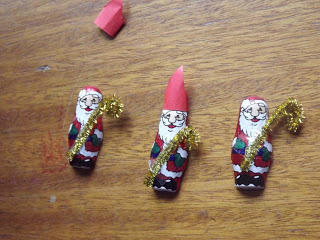 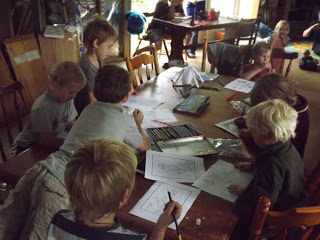 Colouring as always retained its popularity. 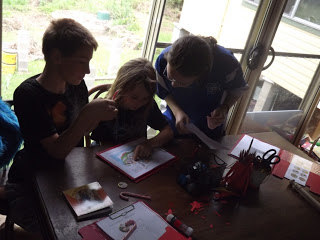 Although I had printed out some figures they did not prove as popular, but the older children enjoyed the Ship Game and Word Searches.

The ideas shared at Catholic Cuisine and the St Nicholas Centre are amazing.