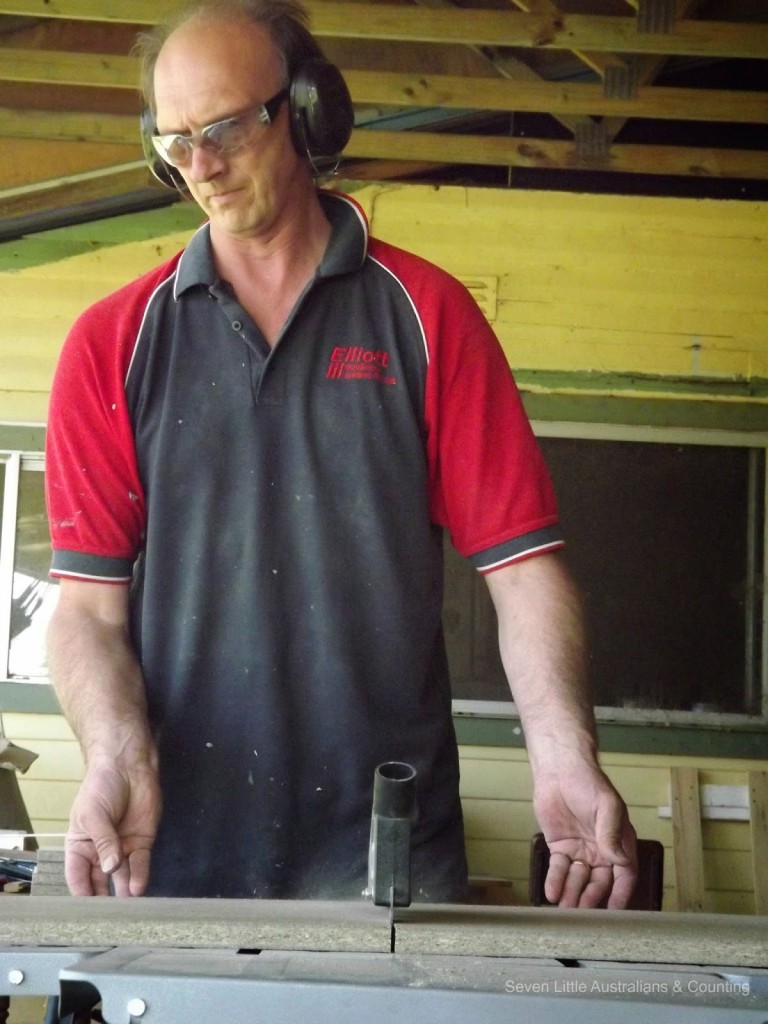 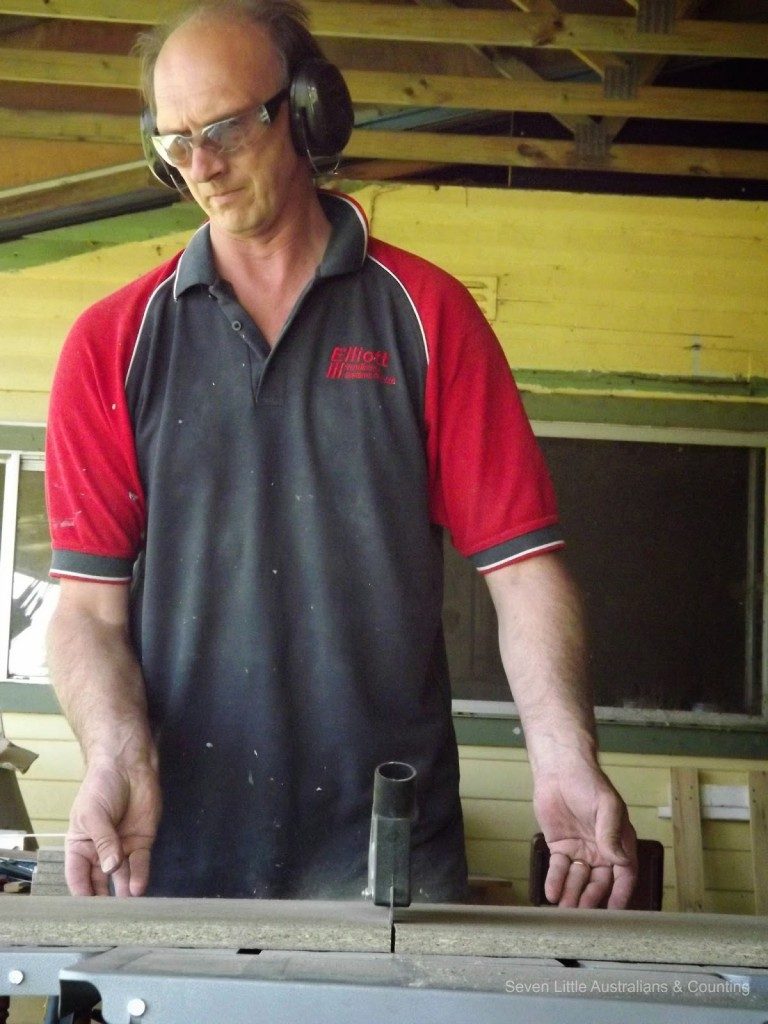 In March PC began tiling the bathrooms/laundry, with lots of life happening along the way, and by August he was ready for a break.  So he ‘turned his hand’ to projects that could be completed much quicker, such as the built in cupboards.
After researching a few options in regards to what materials to build the cupboards with, we settled upon sheet flooring.  The attractions were; cost, ease to work with and most importantly strength to withstand any climbing children, remember our linen press? 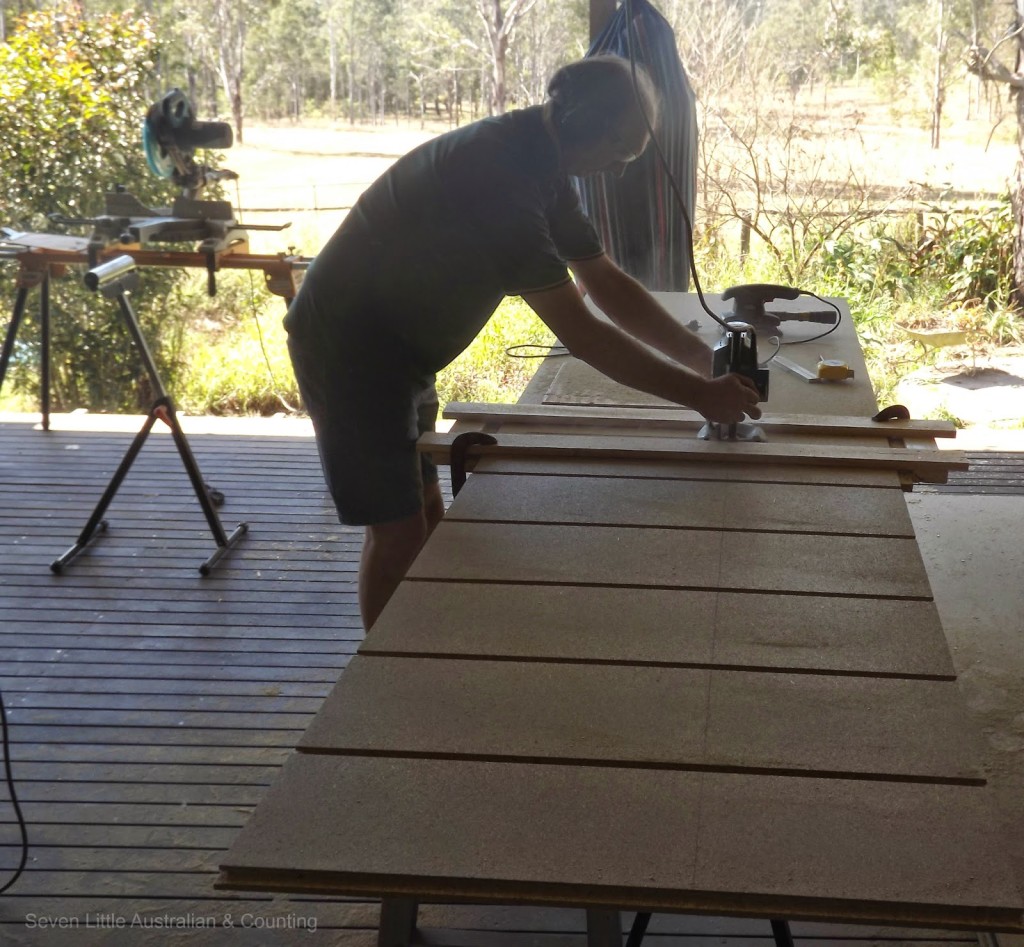 We splurged and bought a tablesaw, making the cutting far easier and precise. PC also designed a template which simplifies and aids accuracy when he routers the grooves. 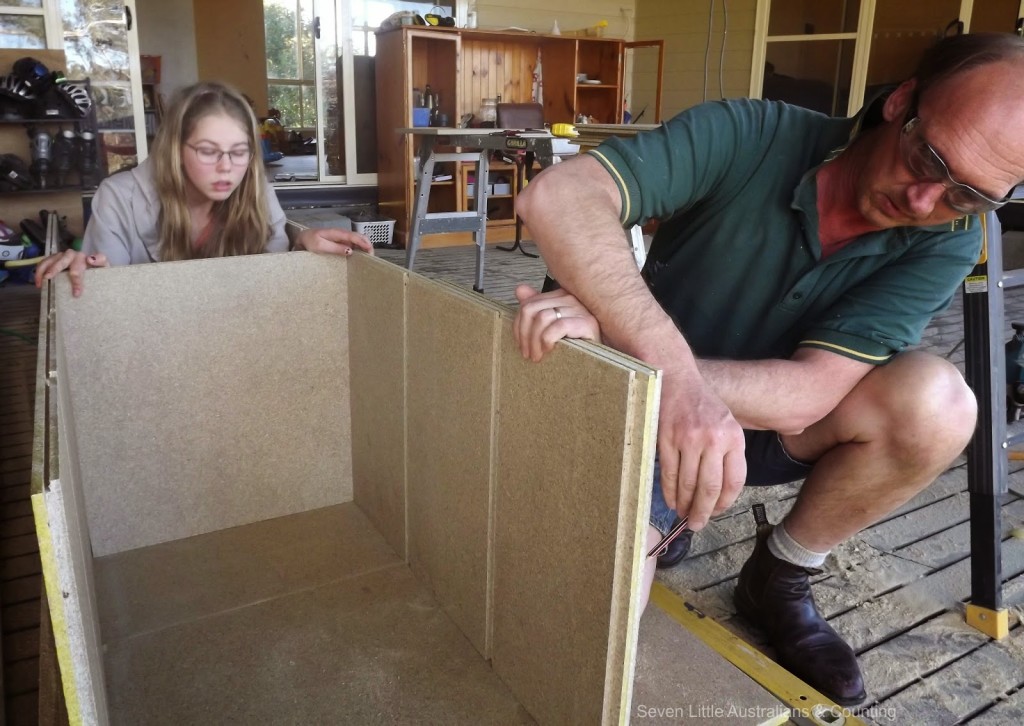 As Princess was the most eager (she’s always keen on carpentry) and was Dad’s ‘right hand girl’ he began by building her cupboard. 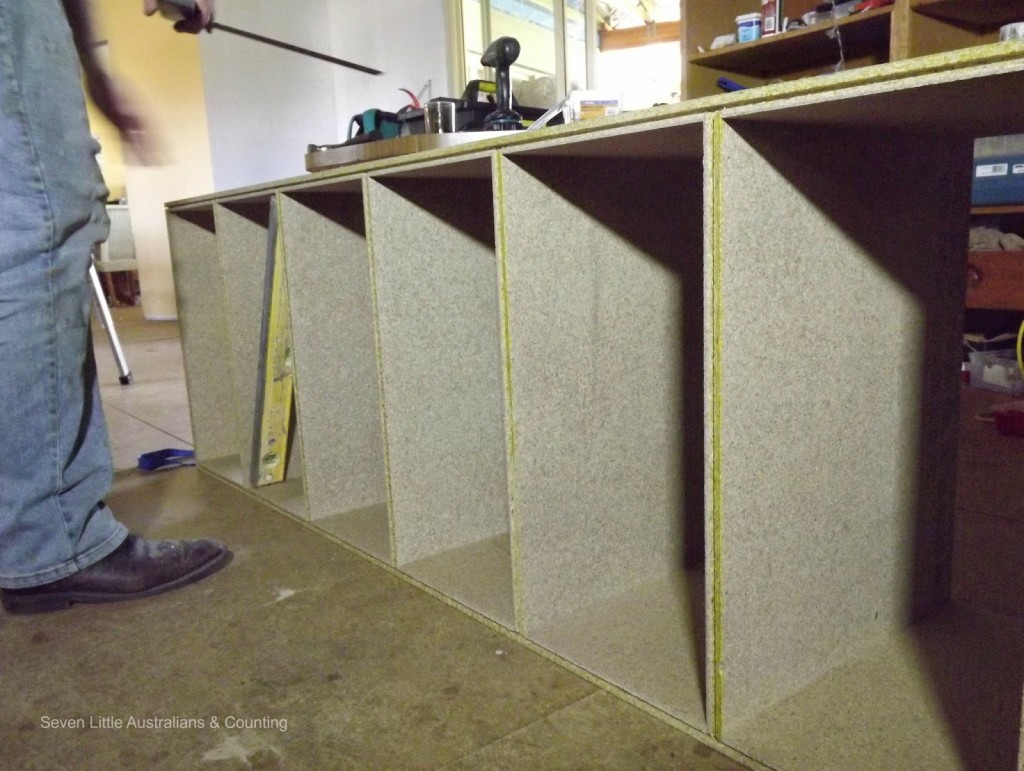 The plan is to create all the built ins as modules which can then be moved about if needed in the various cupboard spaces. Between each module are the hanging clothes made possible by thick pieces of dowel. 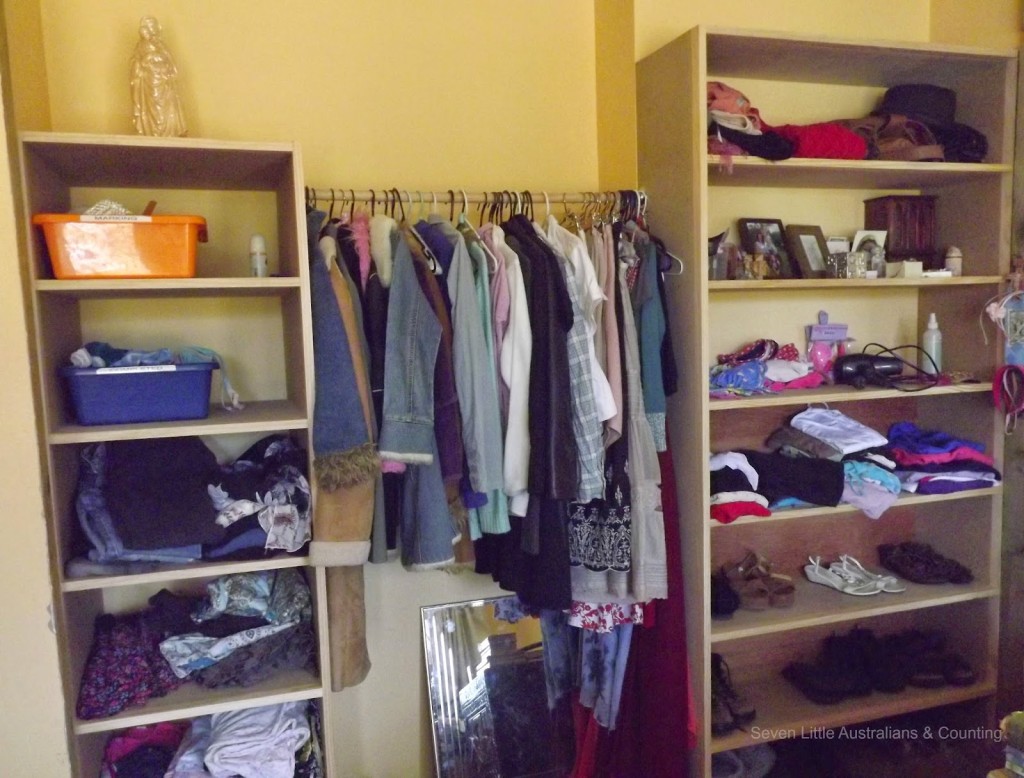 Princess was rather ecstatic with her cupboard and moved her belongings in immediately. PC has completed the look of the cupboards with pine trimmings on the front. 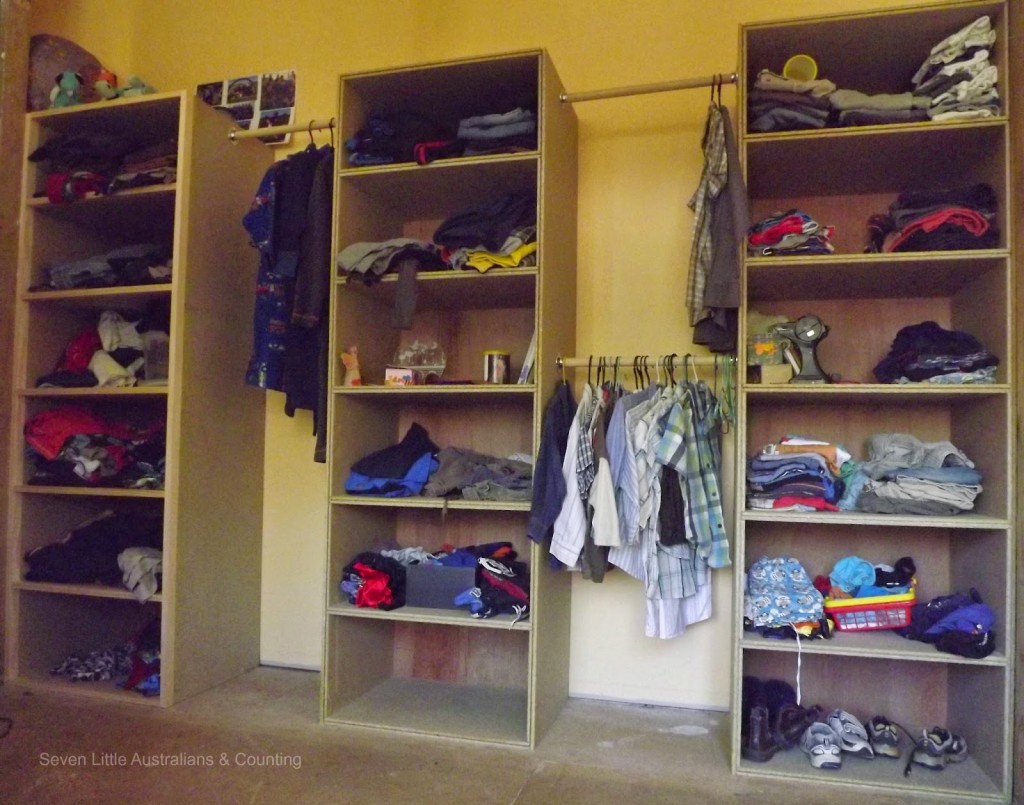 After working out ‘the bugs’ on Princess’ cupboard, PC perfected his technique whilst building the younger boy’s modules. Their built in space is larger so just perfect for three boys.
Off now to dream about how my walk in robe will look.
Once again well done Prince Charming:)