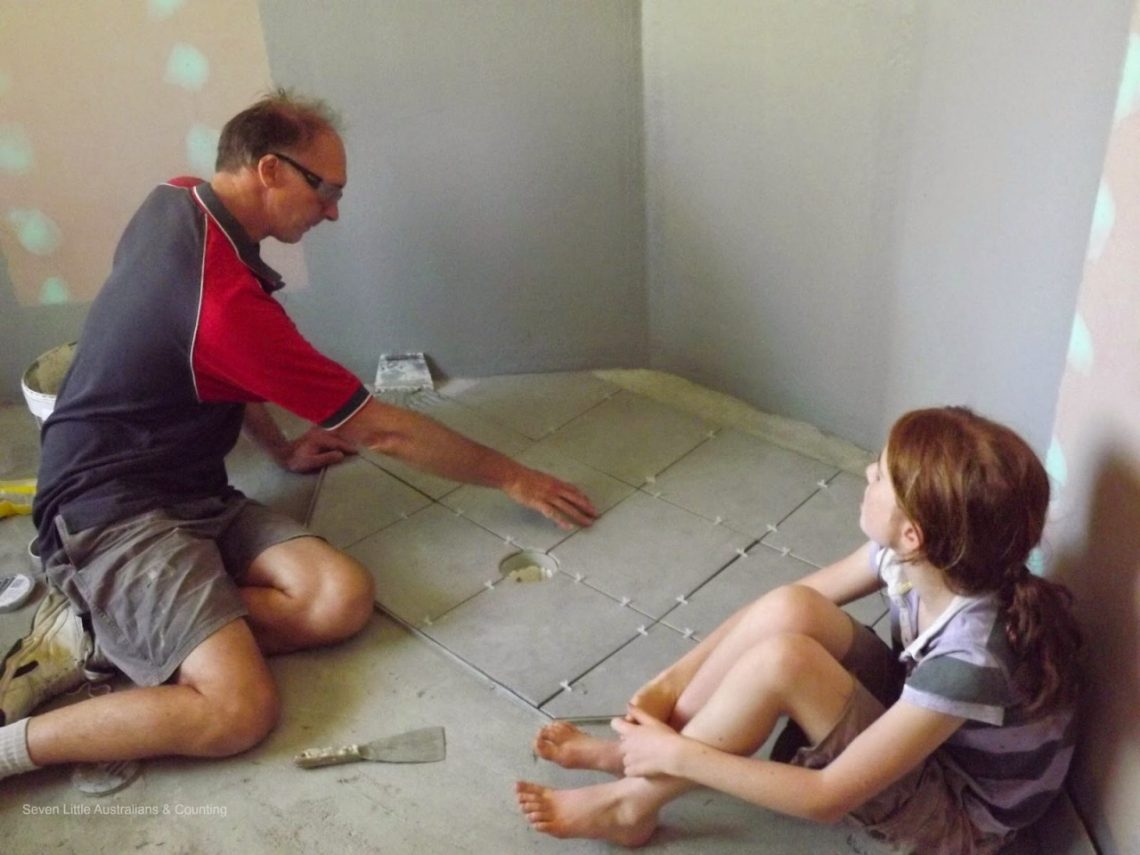 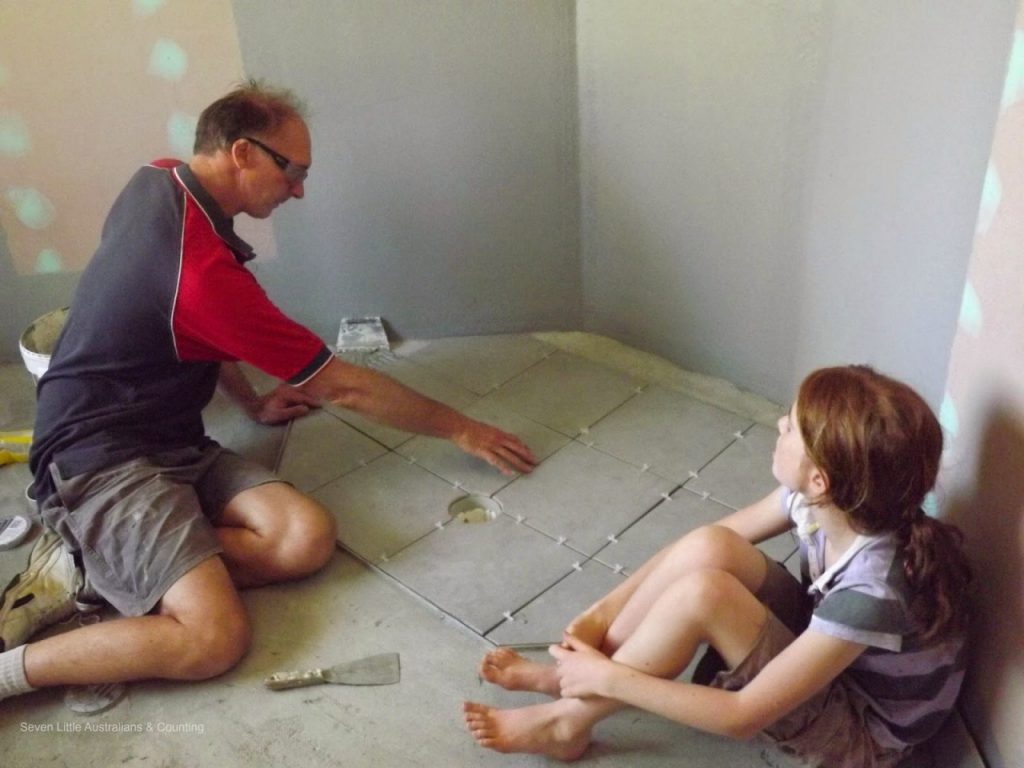 Whilst it’s been ages since I’ve updated you with our extensions, be assured that work has been happening, albeit slowly. We had intended to tile over Christmas, however PC spent the first three months of Bella’s life gazing, goo-ing and gushing about how beautiful she was, as besotted as any first time Dad. So our unplanned babymoon delayed the bathrooms/laundry project. 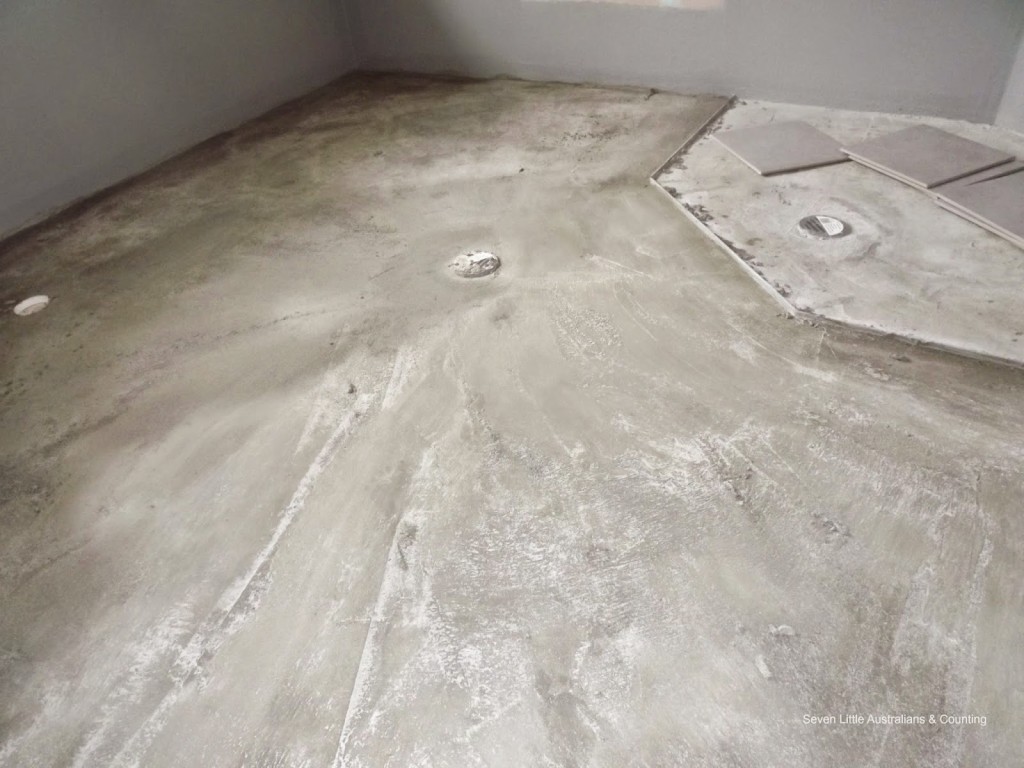 We finally began tiling the wet areas in March, though as we have five areas to tile and a life to live, progress has been spasmodic. First the waterproofer came and waterproofed all the wet areas. Next PC layed the scree with a little help from the Team. 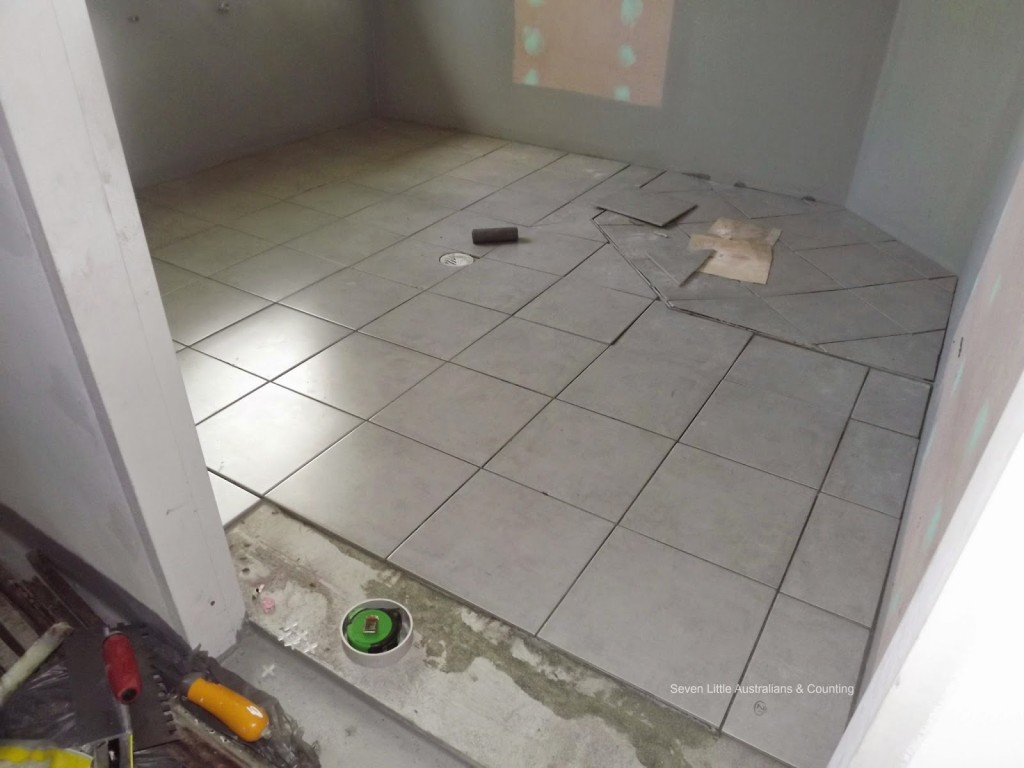 Then PC began tiling the floors, beginning with the main bathroom.  The shower area took time as several tiles needed to be cut but PC picked up speed once he had cut a few. 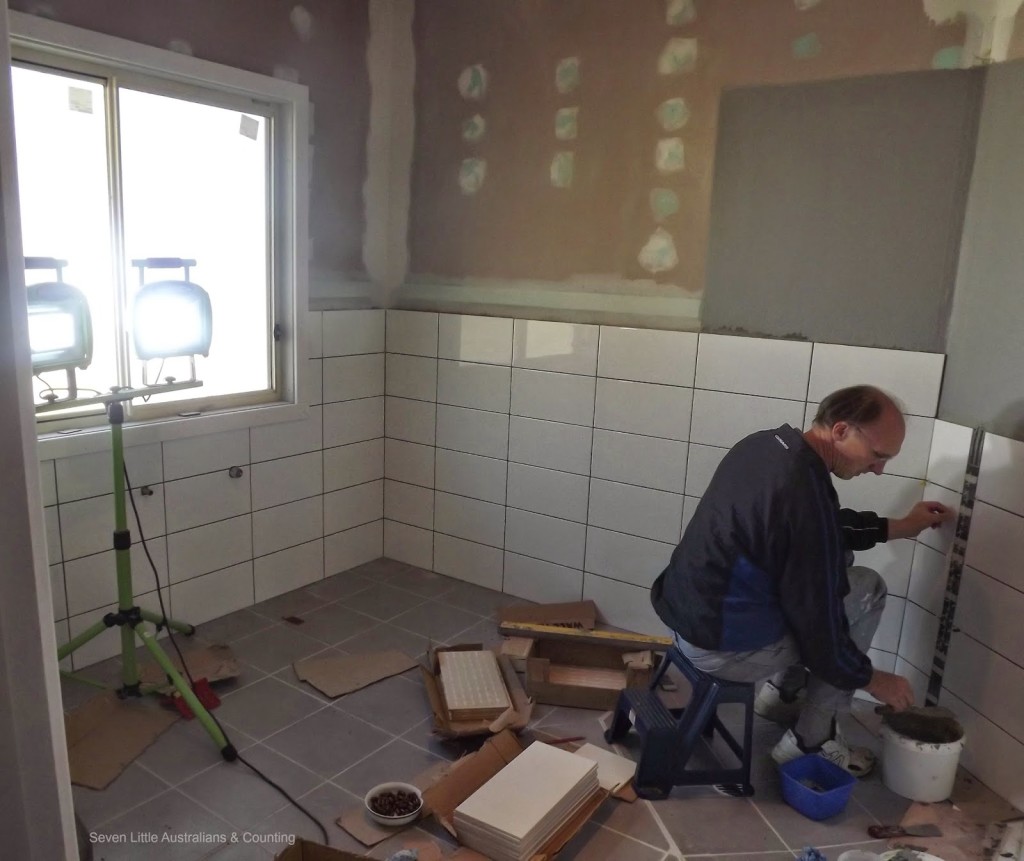 Third task was grouting the floor tiles and then laying the wall tiles.  Whilst the large wall tiles were reasonably quick to lay the feature tiles took alot more time.  Some of PC’s strengths are his patience and attention to detail, so he steadily worked away at the task. 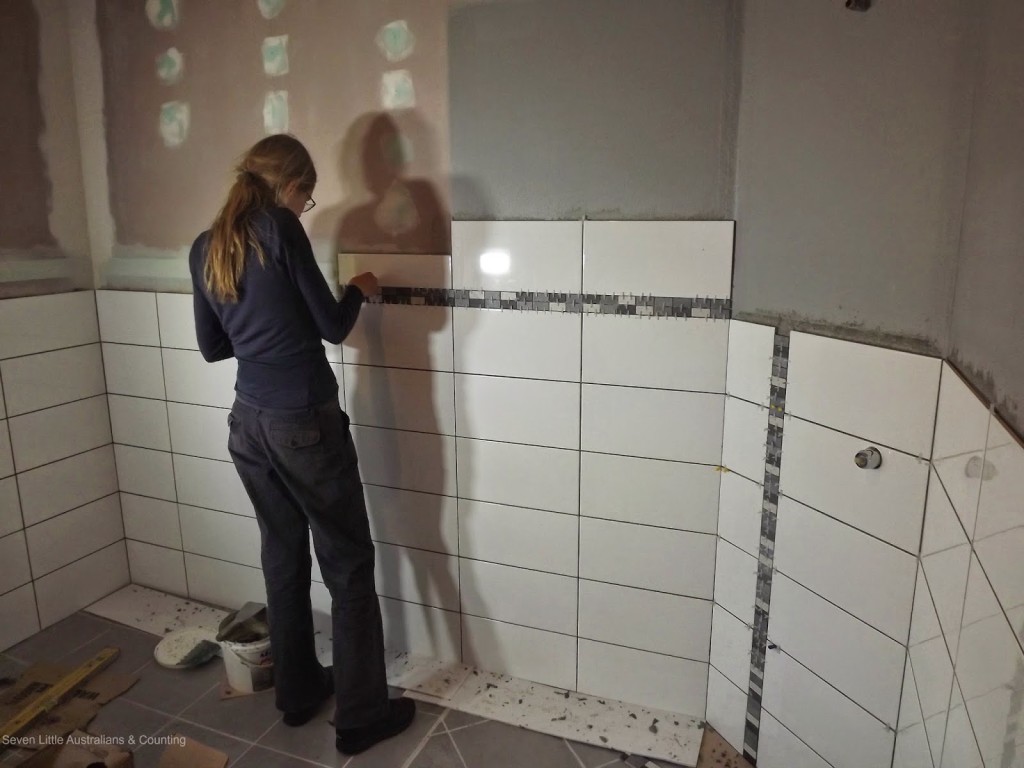 The Team lent a steady hand inserting the spacers between the feature tiles. 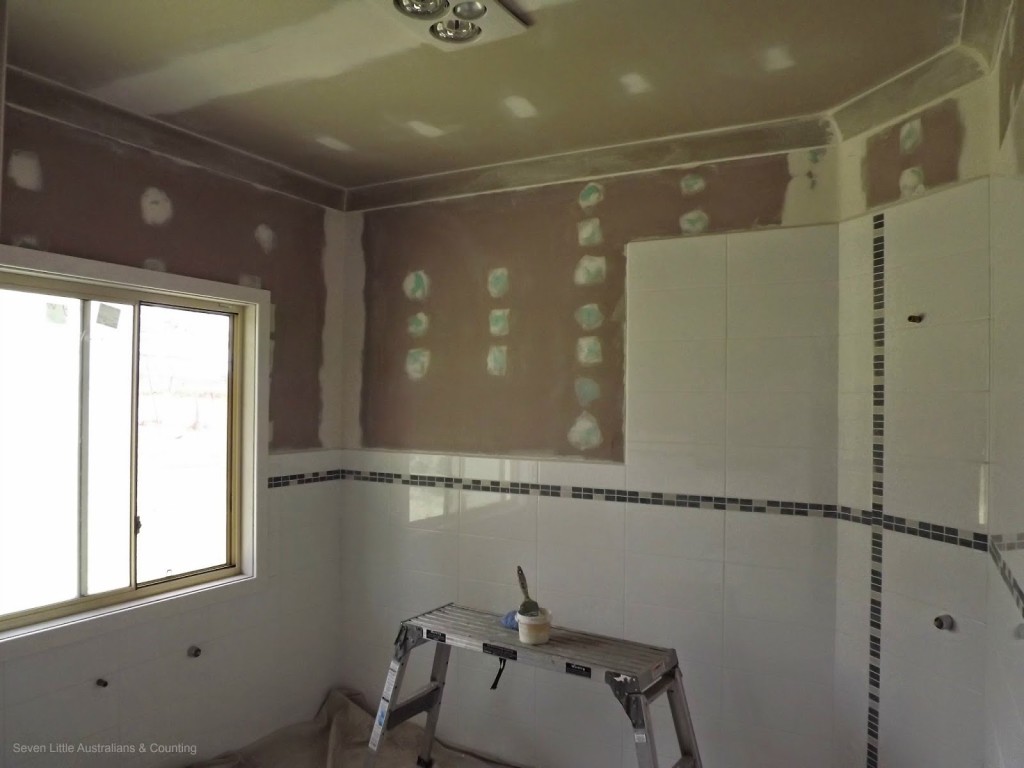 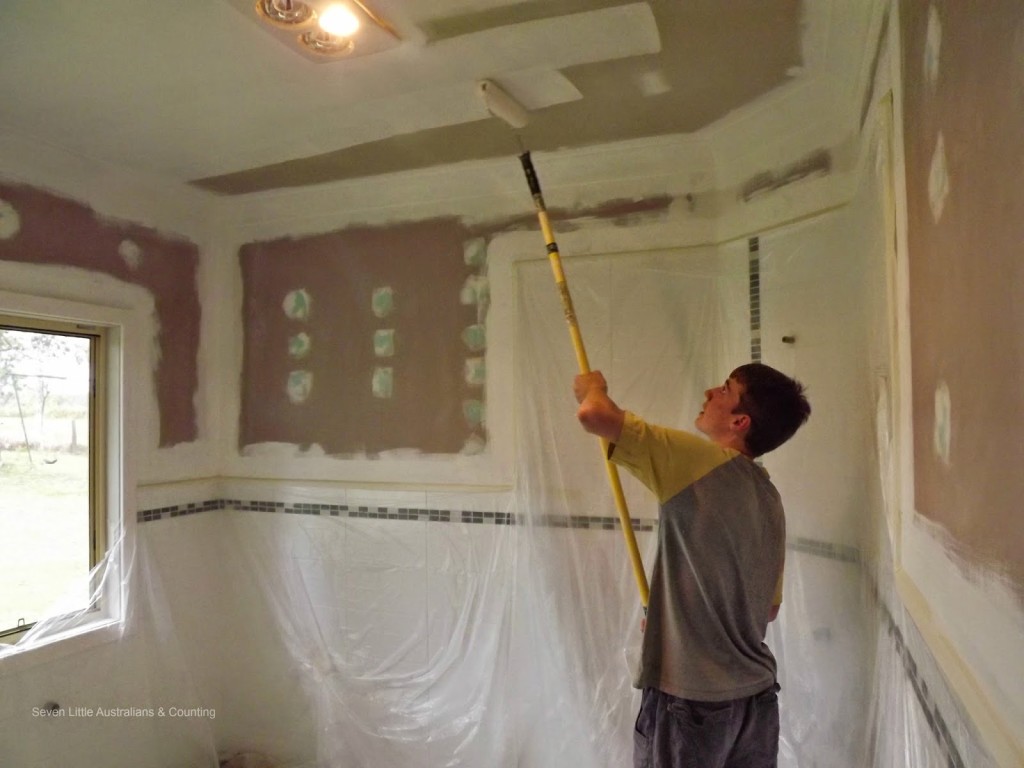 Next task, painting the bathroom, fell to Michelangelo and I. 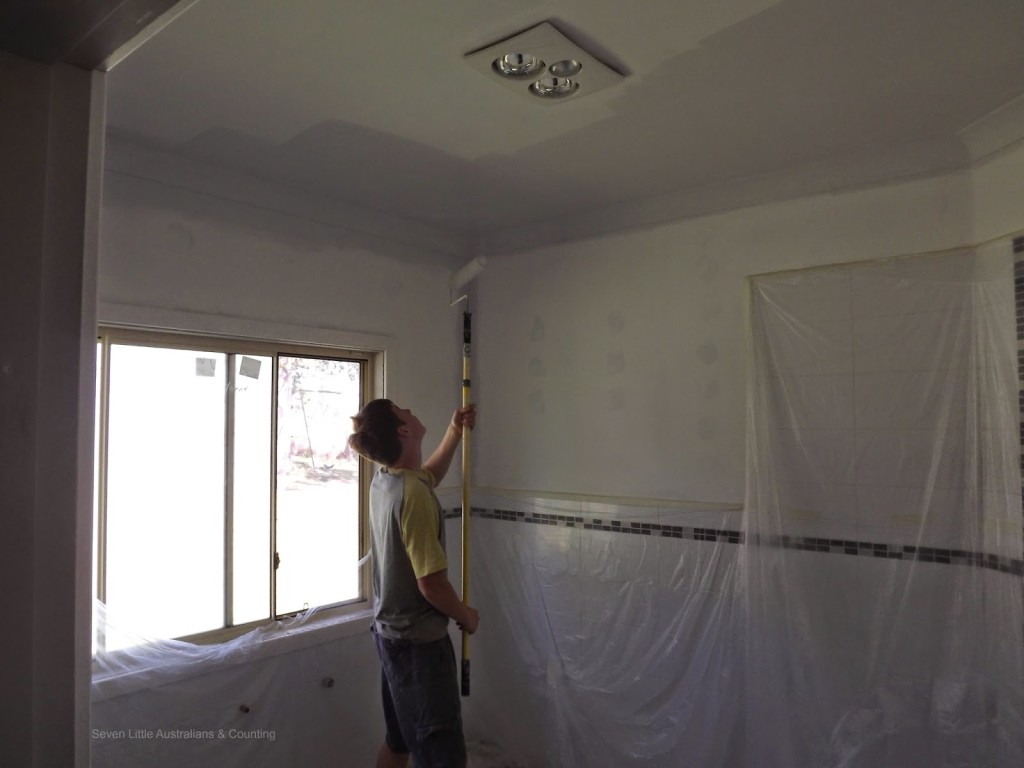 After the undercoat, we then rolled the ceiling coats and next the wall coats. 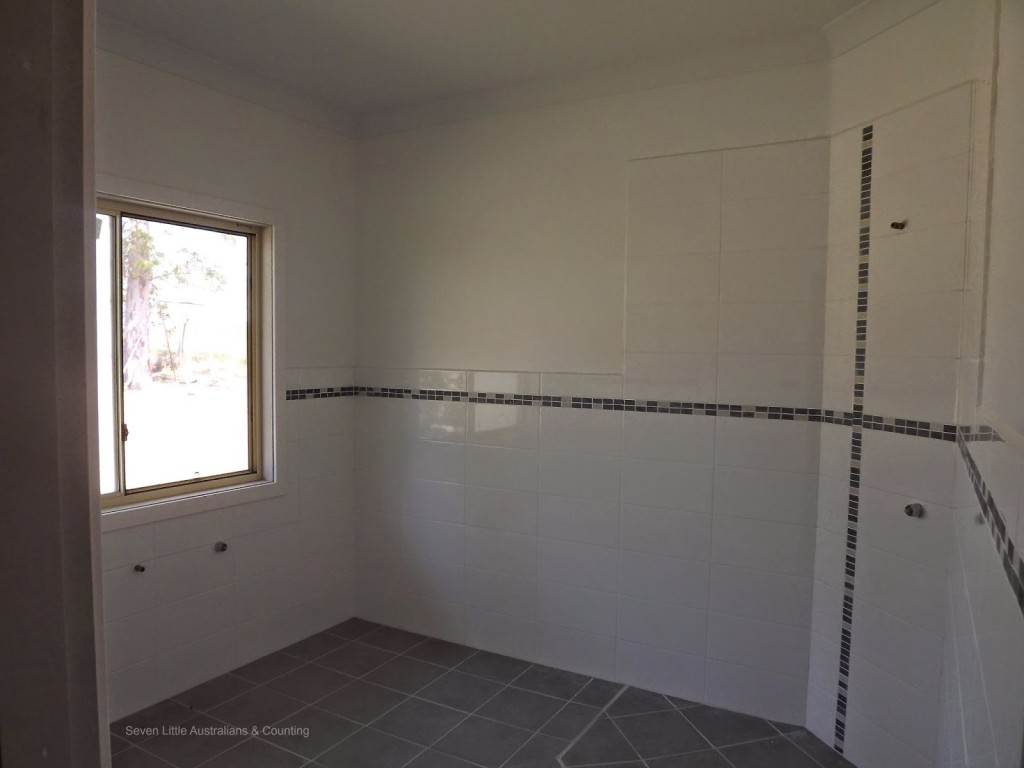 We are thrilled with how the bathroom turned out, and it’s now ready for the next stage.
The next stage includes; building the cabinet, ordering the bathroom hardware/shower screen/hot water system and laying and connecting the piping under the house. Similar tasks need to be done in all five wet areas. Then the big day arrives, the plumber comes to install and finish!! :):)