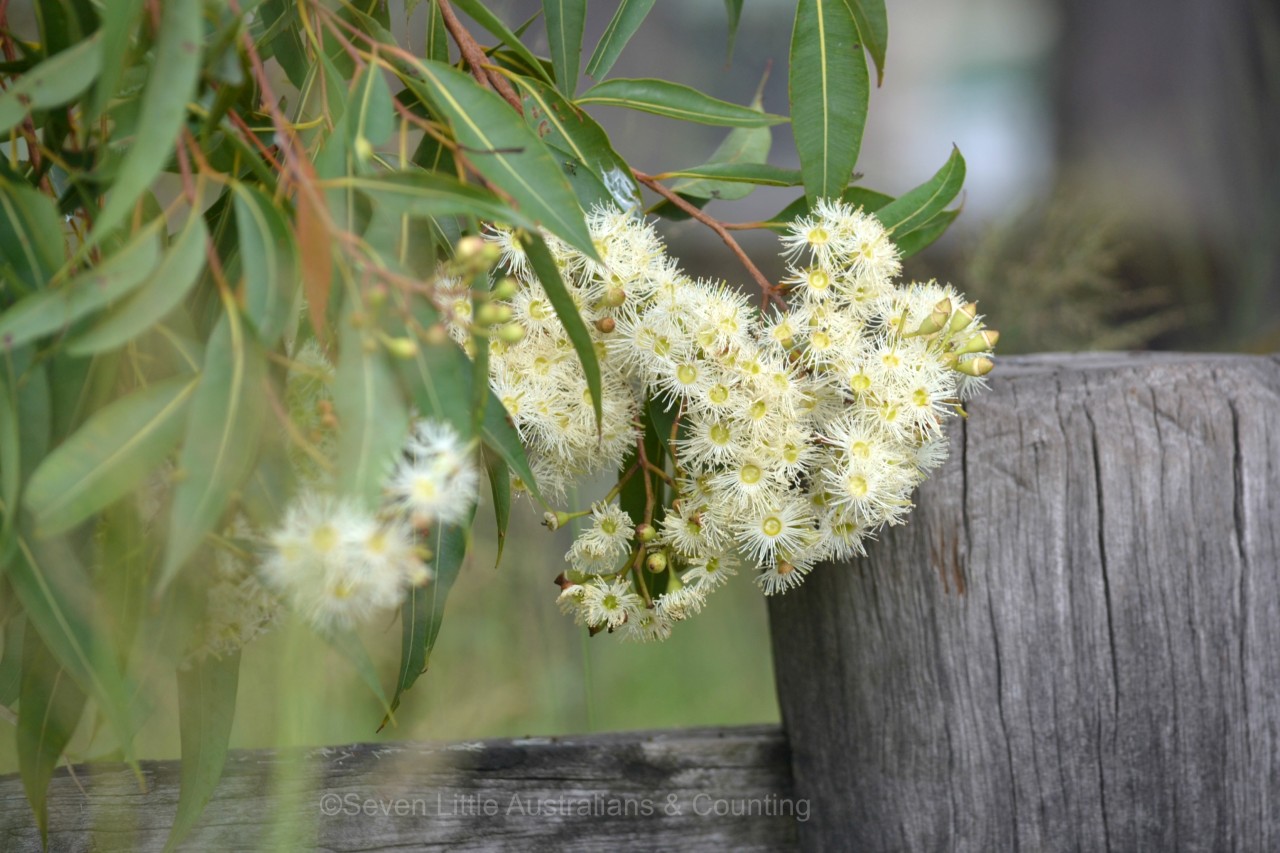 KonMari first came to my attention via internet buzz, I read posts and forum chat with interest and was 7th on the library reservation list.  A few weeks ago my friend began reading The Life Changing Magic of Tidying Up by Marie Kondo and sharing daily updates with me.  We wondered what could a Japanese mother of one whose method is influenced by her Shinto faith, have to say to us, Aussie Christian mothers of many with children over a wide age spread, initially it appeared that the differences were too great. Culling certainly looks different for a family who still have children at all stages, and as for thanking belongings for doing their job, as KonMari does, well credit here goes to Our Almighty Father for our blessings. However we were intrigued and continued reading (can I claim to have read when it was D who did all the reading, digesting and narrating?) KonMari did work her ‘magic’ on us and managed to challenge our thinking, with adaptions to suit our large families, our homes gradually took on a new look, as we daily checked in and cheered one another along. 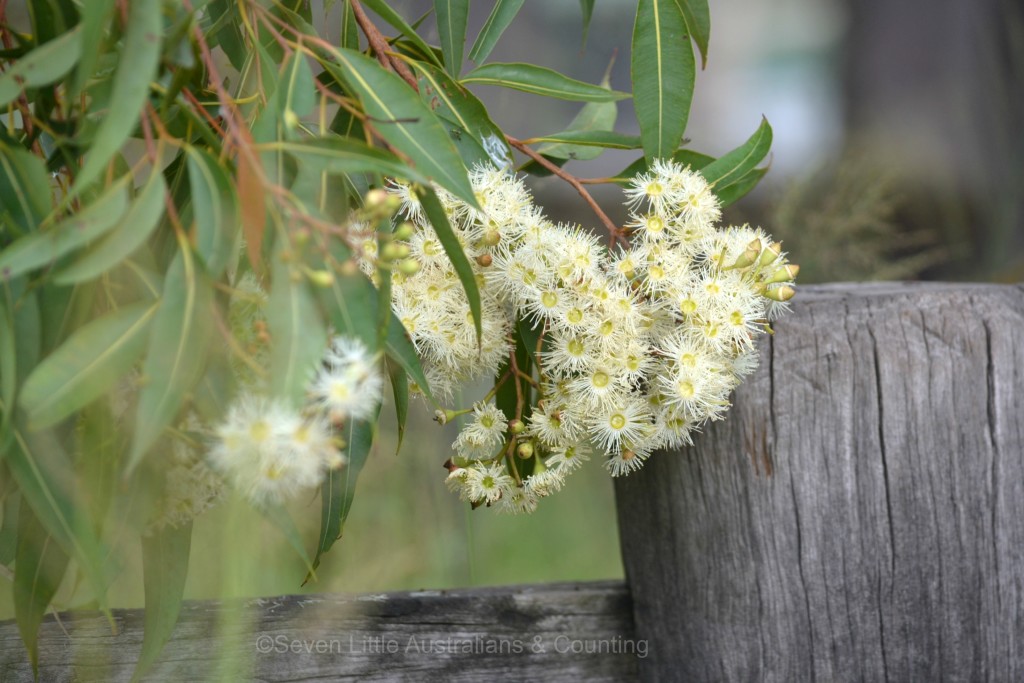 Before Christmas in preparation for roofing half our home, all the contents from the ‘roofing half’ were moved into the other half of our home. Inching about furniture and 8000 homeless books was a bother to understate the situation. When after Christmas we gutted part of the internal of the ‘old house,’ it became obvious building work would continue for months and half a home of belongings wouldn’t be returning anytime soon, meanwhile I needed to find and maintain my peace. Simply I’d reached the point where it was all too much, I was ready to really listen to KonMari, in other words I was desperate.

De-cluttering has been a regular part of our household routine since I first read Don Aslett’s – Clutter’s Last Stand. Admittedly though plenty of ‘justifiable belongings’ had crept back in, “that will be useful, we paid money for that, we might need it” etc etc.  KonMari encouraged me to take a deeper plunge in de-cluttering, as I moved through our home assessing, I kept her catch phrase in mind ‘does it bring me joy?’ which whilst it sounds hokey and had my husband and children rolling their eyes, the principle encouraged me to ‘let it go!’  I also considered why an item wasn’t ‘bringing joy,’ could I change its function or was it time to let the item go? For example, the temporary shelving in our built-in wardrobe had long bothered me, assessing the problem I replaced the shelves with two chest of drawers. The joy principle gave me the impetus to finally fix a long irritation and so it went as I moved through the house. Practically speaking there are items in this home that don’t bring me joy but they have a function and a purpose, so if they were being used or likely to be again, they stayed. 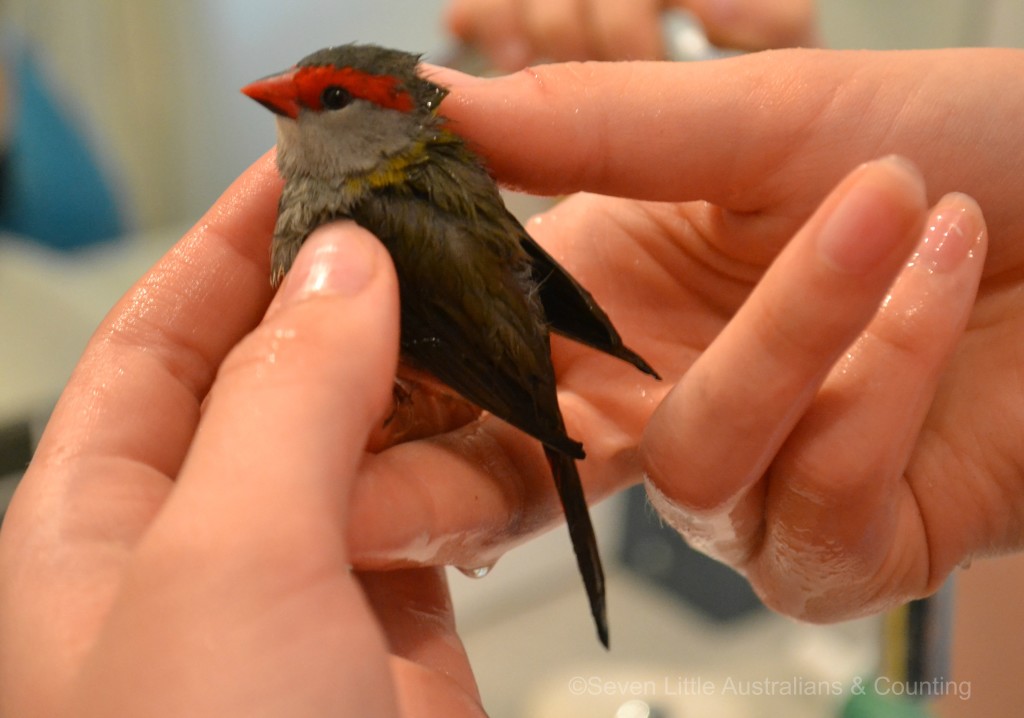 I can’t claim to have followed KonMari’s method faithfully as I deviated in a few areas such as time taken and her category approach. KonMari says to take six months to declutter your entire home, I didn’t have the luxury of time, my house was driving me insane and it was school holidays, time for a homeschooling mama to catch up on major household projects. Besides when I’m on a roll I just keep going, I blitzed this home in three weeks. As for categories I am and always will be a room by room gal in my method. Although in a way our rooms are organised by categories; stationary and papers in the learning room and study, clothes in the bedrooms, books in the library and so forth.

KonMari encourages you to begin in your bedroom and focus on my belongings only, to not even consider touching your husband’s belongings. Ms Kondo assures her readers that husbands will be inspired and motivated by you, I admit I was hugely skeptical about this but in the interest of marital harmony I followed the plan. I focused on letting go of my own clothes and whilst I regularly cull I went to a deeper level, those clothes that I think ‘I don’t like but I’ll keep until I replace them,’ gone! Truth is I won’t replace until I’m forced to, asking myself ‘does this make me feel good about myself?’ meant my wardrobe was reduced drastically, so freeing. Something else new, KonMari’s method for folding clothes. I skeptically ‘gave it a go’ and folded and placed my clothes on their edges and was totally shocked at how much space this creates in my drawers, there is room to breath! Unbeknownst to me my husband was inspired and also folded his clothes this way, they were that way for a week before I realised. The older children are responsible for their own rooms and they were fine as they had also recently undergone a deep clean. As our younger children’s room(under 7s) only contain their clothes and I had recently decluttered it, I was able to move on quickly to the communal areas. 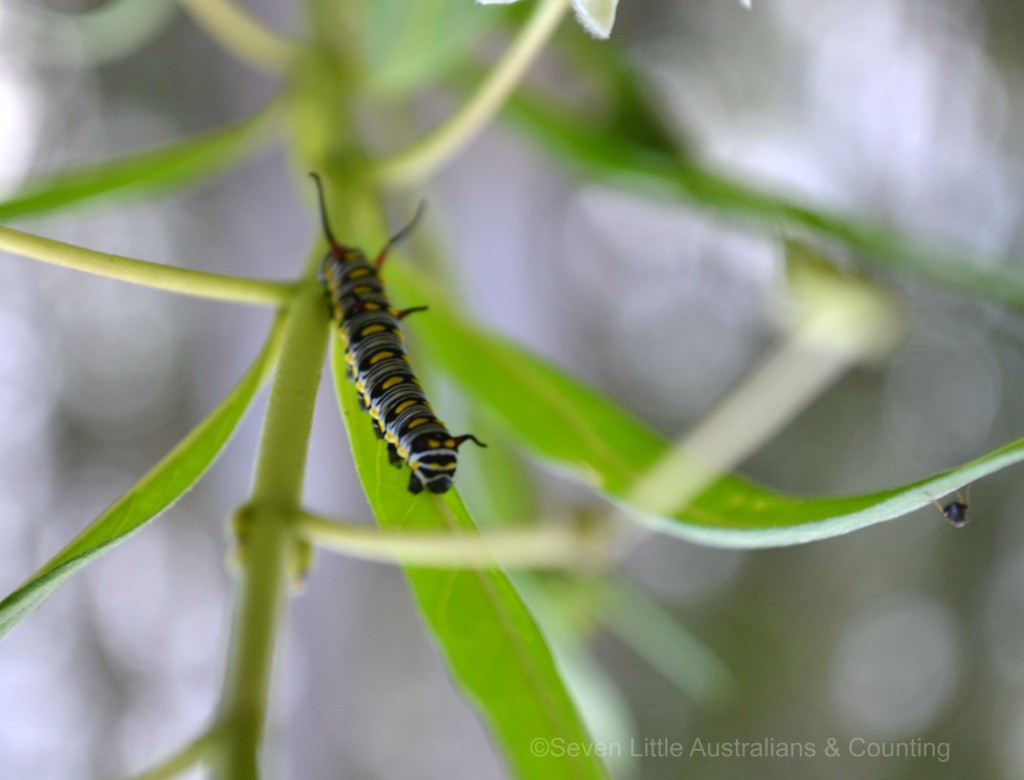 The biggest ‘game changer’  from KonMari’s method was how I tackled the communal areas, I involved the children and listened fully to their thoughts. Whilst the children have always been a part of decluttering projects, I made the final decisions, although I would respect a child’s request to keep an item, if they were happy to move an item on and I wasn’t for various reasons, it stayed. This time I totally embraced the children’s opinions, if they said they didn’t like an item or wouldn’t use it, I Let it Go! I changed the words to suit the occasion to the song ‘Let it Go’ and sang it so many times (and out of tune) that the children banned me from singing it 🙂

With each communal area I pulled everything off the shelving, assessed and then only placed back what we decided to keep. Our first communal project was the jigsaws, I pulled all the puzzles out onto a table called the children and told them to,”choose what you like, or you think worthwhile to keep for siblings.” They made their selections and what was left I gave away! This was a major shift for me as in the past I would justify keeping items the children weren’t interested in by thinking “but that’s educational, another child might be interested in” however if it’s not being used then it has no educational properties, and if nine previous children weren’t interested then not likely the tenth will be. 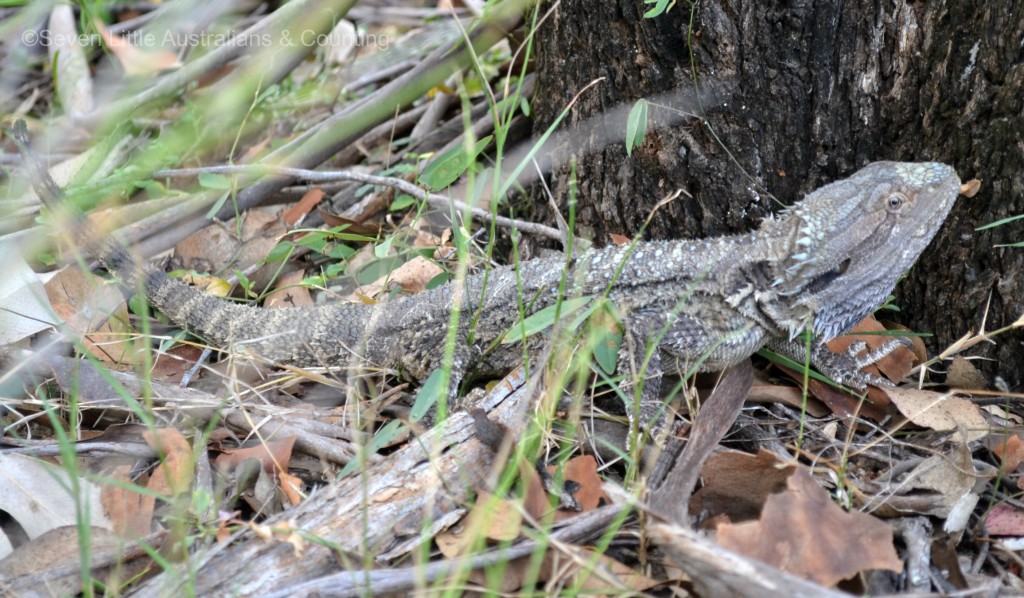 Feeling inspired I next tackled the linen cupboard, I was on a roll and became ruthless. My mother loves to gift us with linen and whilst we love her generosity there was no way we were making our way through all we had.  I called the children, told them to select their two favourite doona covers, which was still being generous, and moved along the rest! yes I did! I applied this principle to each section of the cupboard, sheets, towels etc, the children selected and I moved along what was left. Those items I was keeping until I replaced such as non absorbent tea towels, I moved along now I’ll be forced to replace.

The Learning Room was a real test of putting into practice my new resolution to let go. Twenty-two years of homeschooling had accumulated in many resources and I needed to release sufficient to be able to downsize a whole cupboard. That meant twelve cubes/boxes of materials had to go and for a homescholling mama this was a challenge. “We might need, I used it with Johnny and may need for Jane, I paid good money….” this room could have been my waterloo but my ‘letting go muscles’ were flexed now and I only gained momentum. The boxes of stationary we never used, I sent to Africa and a moratorium has been placed on stationary purchases for at least another year. The sewing material I’d planned to use teaching the girls to sew, ugly, we tossed the lot, we’ll buy new, attractive prints. The smocking project I began twenty two years ago, obviously I’ve never progressed. Asking myself, “do we use, are we likely to?” and being completely honest, I was able reduce so much; the sandpaper letters I’d made when Anna Maria was a preschooler eighteen years ago which have never been used since, the wooden clock that’s needed new hands for the past ten years, flash cards, stationary supplies, I cut a swath through the room.  I was able to gift many quality materials which no longer fit our learning style/needs to a new homeschooling mama and our cupboard to another. Seven computer cases went to a shop that rebuilds electronics and gives them to families in need. We found it easier to give away items if we knew they were going to those in need or were being repurposed. 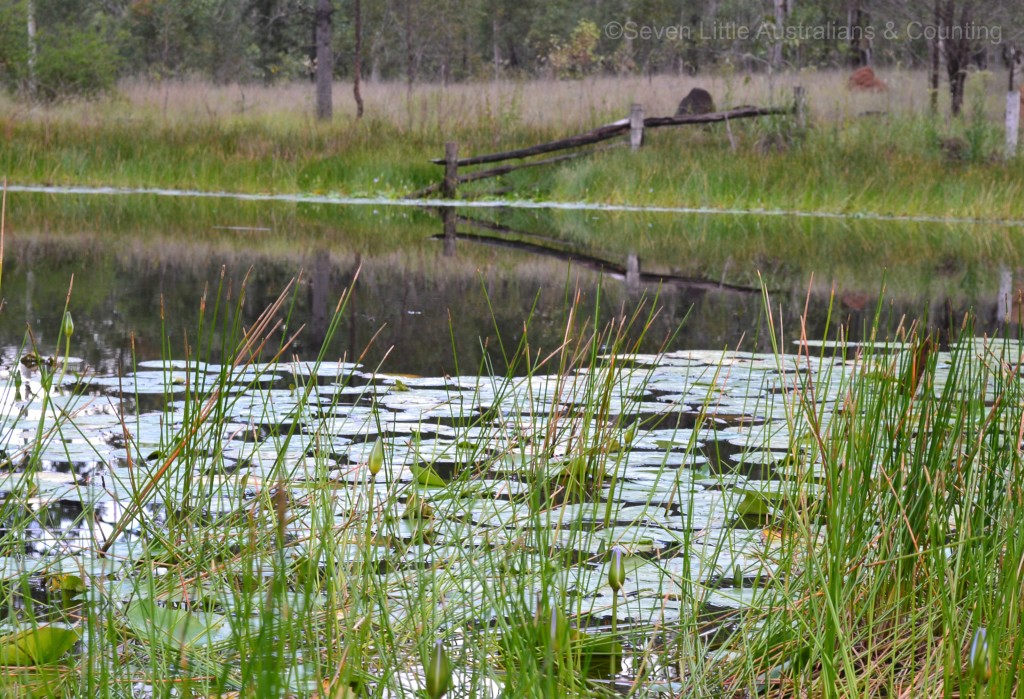 I continued to work my way through the other rooms of the house although as some areas had recently been culled I only needed to release a few items that I had been keeping ‘just in case.’ We still have the filing cabinets to do but that’s a project for another day when PC’s attentions aren’t on our current building project. The children continued to be involved as I moved throughout and I continued to listen to them.  In this way many, many garbage bags and boxes left our home, finding new homes elsewhere.

Thus then I came to our books which was a daunting task and one I left till last. The method I employed there deserves a whole post of it’s own. So stay tuned, I’ll be back with tips on how to cull an 8000 book library!