The children are in countdown mode, we have only a week to go until the end of our Elimination Diet.  What they are fully failing to comprehend is we won’t be going back to our previous diet, we shall just be making some modifications to the Paleo lifestyle.

Actually the 30 Day period hasn’t turned out as ‘strict’ as we would have liked.  Last week we attended my brother’s 21st so that threw a major curve, we tried to limit the amount of foods introduced but it was hard, and one child broke out in a rash of pimples within hours, they had been doing so well:( 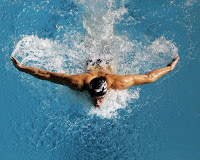 Also our swimmer’s performance was way down, so after research and discussion we added potatoes back into his 1st (5am) breakfast.  Performance went way up so that was great!

Then this week all three teens were having a massive reaction and I was just baffled, what was going wrong!?   We eliminated tomatoes as a flavouring as that could well be a trigger, when one teen was a baby, tomatoes induced bleeding ezcema. What else? Then it hit me, I had been adding a soup packet for flavouring to the stews and savoury mince, they are loaded with nasties including wheat!  So we haven’t been strict at all!  However with Christmas coming and protests growing I think we are going to have to leave it and move on with what knowledge and ground we have gained.

One fact determined is we are going to be longer in this lifestyle than we were hoping.  Our child with moderate acne is definitely reacting to corn, wheat and dairy.  Possibly other grains but that will have to be slowly discovered as to which ones.  The children are just longing to eat bread again, I’ve discovered Elana’s Pantry, lots of dairy and wheat free recipes, and I’m just hovering over purchasing her Gluten Free Almond Flour Cookbook. However almond flour is hideously expensive.  I have been researching as to the cheapest prices for almond flour here in Australia, Santos work out to be $12/kg if I buy a major bulk order, and Queensland Natural Foods are below the $13/kg mark if you buy their bulk price.  Honest to Goodness at $15/kg is still cheaper than my local health food shop at $20/kg.  Truthfully I am hoping that some of the other grains will be fine to allow us to have the occasional bread or biscuits.

Realistically, budget wise we may have to look at allowing the younger children some of the more traditional foods whilst the teens (some or all) will use the more expensive ingredients.  We’ll decide that as we re-introduce. 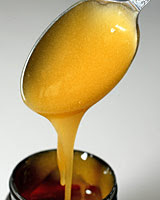 I did want to share though that until the 21st party/soup packet breakout we were having marvelous success with Manuka Honey Ideally buy the product of UMF 16+ and apply topically.  Opinions range as to how long to leave it on for, ranging from 20min to overnight.  Manuka Honey has many wonderful healing properties and we are just blown away with the rapid improvement our teen was seeing until the night of the 21st Party, which has set it all back.  It was working well on teen’s eczema too.  Inflammation had all gone and new pimples were non existent, and we were starting to heal the skin itself!

In this last week we are back to adhering as strictly to Paleo as possible and applying Manuka Honey.  Next week we’ll have to decide what food to re-introduce first, most likely potato and then rice, then we’ll try different grains, however Christmas will hinder plans.