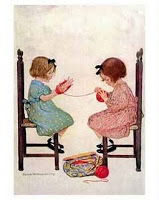 Who have been your friends along your homeschooling journey?

Sue has shared about friends who have influenced her as she has travelled along her Home Education journey and invites us to share about our friends. So to continue my story.

When my mum began homeschooling it was the early 80s, home education then was perceived by many to be illegal in NSW, and mum was part of a spearhead movement of pioneering home educators.  Home educators who not only led the way in education but fought for legitimacy, for the rights of their children and future generations.  From my mother and other intrepid families I learnt much.  I learnt about standing by your convictions,  I learnt courage, tolerance and passion.  To my mum and other pioneering families I am forever grateful and never take our freedom to home educate for granted. I am also grateful for their modelling in education and parenting.

As home education was only in its infancy in Australia mum ordered an American Catholic homeschooling program.  Whilst academically very good it was more suitable for children who learnt best in the traditional classroom method.  An approach that is not well reproduced in the home. Which we were soon to find out.

We lived in an area of Australia that encompasses many alternative communities, the alternate capital of Australia.  A couple of years after mum began home education more and more people in the community began removing their children from the traditional schools for a whole variety of reasons.  Thus a lovely home education community began, a diverse group consisting of families who lived on communes and conservative Christians.  Many of these families became regular visitors to our home and close friends.  From these families we were introduced to John Holt and Raymond Moore.  We learned how these philosophies played out in their homes and were keen to learn more. 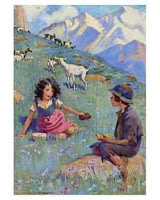 John Holt taught us to look with open eyes to the possibility of learning ‘all the time.’  He taught us to observe and watch children as they interact with the world around them, to trust children will learn if they so desire.  He opened the world of Natural Learning to us.  Nancy Wallace who trusted her children to learn re-inforced his message, sharing the incredible ways in which children can flourish.

Raymond Moore, with research data prepared us to later relax when a child wasn’t reading at the ‘magic age’ of five. That later is often better, allowing children time to develop in other areas.  That involving children in family tasks would foster self confidence, that a family who desired to learn was not as likely to burnout.

David and Micki Colfax were fascinating ‘friends’, they were the ‘proof’ that you could educate your children and University was still obtainable.  Home education as a mass movement was in its infancy and we were eager to ‘meet success’ stories. The Colfaxes, educated professors themselves, built a homestead in the mountains of California, learning many skills in their endeavour;. 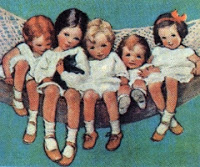 When our oldest was a preschooler we belonged to a home education group that mostly consisted of Natural Learners, further kindling our love of John Holt and Co.  Some of these families were also keen on Waldorf (Steiner) philosophies, growing up where I did these were not  unfamiliar ideas either.  As young parents it was exciting to be part of this enthusiastic group who enjoyed sharing their journeys and ideas.

About this time we developed a closer friendship with Maria Montessori, making many home made materials with help from Elizabeth Hainstock.  Mostly though Maria’s biggest influence was on our parenting, she taught us that a child’s play really was work, that our job was to facilitate and then ‘get out of the way’, to encourage practical life skills, to trust in natural consequences and to foster independence.  It wasn’t until years later that Maria played a role in our Faith journey.

As the children reached ‘school age’ we met more friends again.  We became close to Ruth Beechick and Valerie Bendt.  Ruth’s 3 little books contain some of the best advice written on educating your young ones, complete common sense; uncomplicated, solid foundations, strong basics.  Valerie’s Unit study materials has a strong emphasis on books,  very much suiting our learning style.  Most valuable she equips you with the skills to create your own unit study, empowering and totally non intimidating.

Dorothy Sayers we met and found ourselves agreeing with many of her principles of a Classical education.  We love the results of such an education but sadly the books recommended and the rigorousness are not the right fit.  Sometimes you have friends you admire but are comfortable not emulating.

Gayle Graham’s friendship was at a time most needed.  We had a number of young children and chaos was winning, Gayle’s support helped me put some systems in place and yet retain our relaxed approach.

When our oldest was seven we were introduced to Charlotte Mason, with Charlotte we felt at home.  Through her own writings and her friend Karen Andreola we found kindred spirits.  We shared a passion for living books and many of her educational beliefs were similar to ours. As an older and wiser friend she helped us grow and challenged us to grow in various areas, such as Habits.  Some of her passions we struggle with as they are not ours, but that is fine. 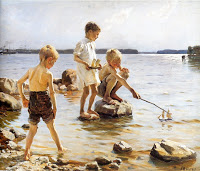 By now our local friendship group had changed and many of our new friends were walking these paths with us.  Some continued along with us and others took different paths.  Having local friends to support and share this journey has been most precious.

Several years later we were to meet Elizabeth Foss who was a Catholic!  Elizabeth was gentle, inquiring and Catholic!  How wonderful to know we were not the only Catholics to educate like this:)
In time we were to meet our precious friends at 4Real, a whole community who nurture Catholic learning at home, many whom design their own curriculum.  Then we met many Catholic bloggers further enriching our journey.

All these friends along our journey have each contributed their own ‘piece of fabric’ to our ‘quilt’, creating quite an eclectic product.  Our own ‘teaching’ style, each child’s learning styles, our family culture and dynamics have also played their own parts.  But that is another twist in the journey to be shared in another instalment.