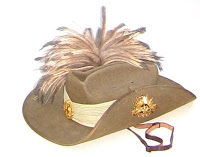 This coming term we will be studying World War 1. I have been compiling lists of books to read and planning research questions and activities. I thought I would share here as they may be of use to others, obviously the questions are of an Australian nature.

Activity
Create a Soldiers or Nurses Uniform, or Dig a Trench.

Each of the following should be at least 1 paragraph long, many lend themselves to longer.
Create a personal timeline of important dates, also add dates to the Family Timeline book. Include maps where relevant to clarify your information.
Work must be completed by Week 5, Term 3, in computer printed form.

(The younger the child the less questions they are given. Princess(7) isn’t given any of these)

Using the internet sites bookmarked and non-fiction titles from the Library.

1. List and describe the four causes of World War 1.
2. List and describe the three types of weapons used at the start of WW 1
3. Name at least two new types of warfare developed during the war.
4. Describe trench warfare.
5. Describe the Battle of Gallipoli. (Include mapwork)
6. What does the acronym ANZAC stand for?
7 What was the Light Horse Brigade and where did they fight?
8 List the important battles of the Western Front where ANZACs fought. (Include mapwork)
9 The first use of poison gas was at the battle of ….? What were the effects of poison gas?
10 List the countries in which Australians fought in? (Include mapwork)
11 Where Australian soldiers conscripted? Whose choice was this?
12 Describe the type and use of aircraft in the War.
13 What event brought the Americans into the war?
14 List the Allied nations
15 Define or describe the following points:
Nationalism
Imperialism
Neutrality
U-Boat
Lusitania
League of Nations
Verailles Treaty
16 Discuss the roles in which women played in the war and at home.
17 When did the War end and in which city was the treaty signed?

Chose one of the following as an essay topic.(You may suggest your own topic)
Your essay must be at least 200 words and typewritten.
Due to be handed in at the end of Week 5.

· Write a first-hand account of the impact of WWI on the people back home.
· Write frontline journalistic accounts of one or more of the battles.
– Write a letter back home from the trenches.

1. What does the acronym ANZAC stand for?

Due to be handed in at the end of Week 5.
Choose one of the picture books and re-write it in your own words and include illustrations.

*Anne Perry’s World War 1 Quintet.
No Graves as Yet (1)
Angels in the Gloom (3)
At Some Disputed Barricade (4)
We Shall Not Sleep (5)
#To check out other library books from Adult section