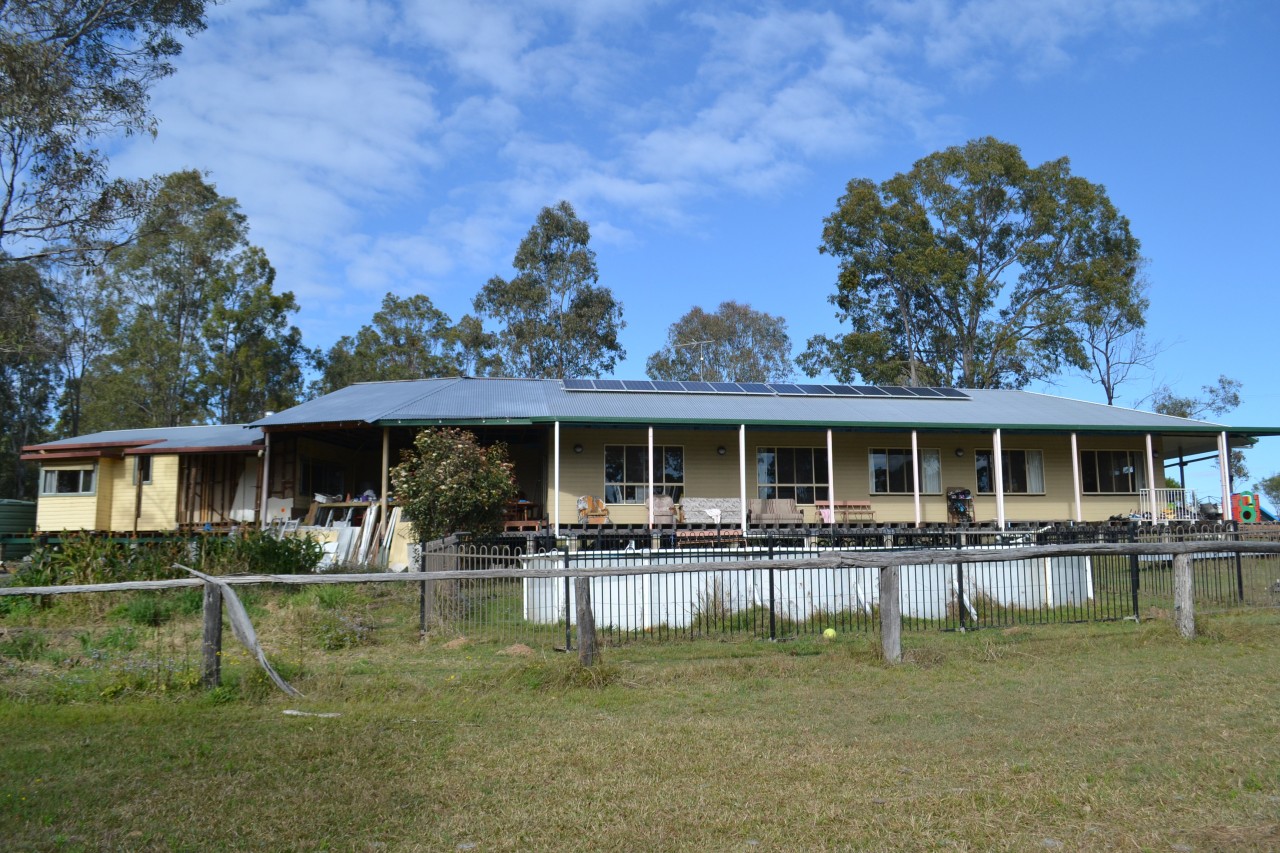 October the 20th and the subsequent two weeks were long circled in our calendar. This was the day we had long waited for and worked hard towards, completing projects in order so this, the ‘next big step’ could happen. We made many plans and excitedly talked about it to anyone remotely interested. PC had organised two weeks off work and one of our City sons was set to come home and help for that time period.  The next big step? We were to build the front wall of the ‘old’ house up to the same height as the ‘new’ house and re-roof our ‘old house’ to match the ‘new house’. 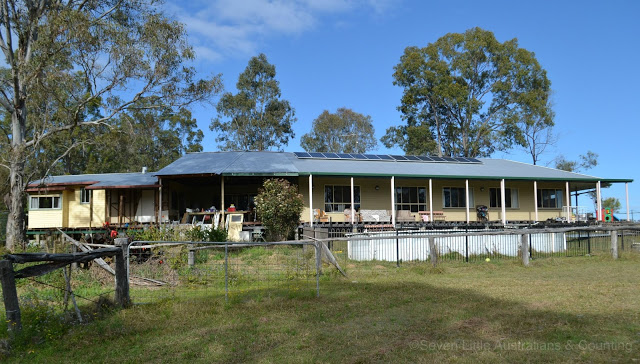 As with all building schedules we must be prepared for plans to not eventuate the way we envisage, which is what happened. Admittedly when I notified the trusses company that we were ready for our trusses to be built we were already ‘cutting it close’ to our date, although when they assured me the trusses would only take a week to make I was reassured we’d ‘scrape in’. What we weren’t expecting was it would take them three weeks to actually come and measure, when the 20th arrived I was still calling, begging them to come out, consequently the long awaited day didn’t happen. Our plan now is to roof in November, providing summer rains aren’t predicted.

How am I feeling? Admittedly a little frustrated mostly though disappointed, however as we’ve owner built three homes over the past 23 years whilst having 10 children, I’ve learnt a little patience along the way. I’ve become rather mellow about much including building. As ‘project manager’; I dream, write lists, organise material and schedule jobs. However I’ve learnt that when I’m given an estimation of a job taking a week or a month it’s best to multiple the time by three, it’s a mental lift if the job is completed ‘early’.  We will most likely be building for a few years to come, we’re here for the long haul and we need to allow room for Life to happen, to have time to stop and ‘smell the roses’ with these precious children of ours.

Whilst on the whole I’m mellow, I confess there are days that the mess, the delays, the unfinishedness of it all gets to me. At times I’m frustrated with not having floorboards, tired of boiling water for the kitchen sink, fed up with my lack of bench space, longing for my built in wardrobe to be constructed, periodically it drives me mad that I’m surrounded by unfinished projects. If I allow myself I could sink into a pity party, focusing on what I don’t have, rather than what I do. When I find myself slipping into this I compare myself to so many women around the world; women who don’t have clean, running water, who are living in refugee camps, who are homeless. To focus on women closer to home I have a large home with many rooms and acres for the children to roam in, many women in 1st world countries don’t have that. Yes it’s not finished, nor will it be anytime soon, it’s not yet pretty but I do have much.

To survive owner building I need to be flexible with my plans, to allow time bumpers, mostly though to not rail against what can’t be changed, to not focus on what I don’t have but on what I do. My greatest treasure is my amazingly talented, hardworking husband who is doing an incredible job building our home himself and teaching our children along the way.

*Sharing with Nicole over at the Builder’s Wife.