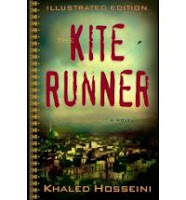 Recently I shared that I read 200 books in 2013, what I didn’t share is, I’m a speed reader which helps when reading a large volume.  Towards the end of 2013 I considered quality over quantity more. The following books, read in the last weeks of 2013, were chosen on the recommendations of my blogging friends, so keep those book recs coming.

The Kite Runner is the story of a friendship between a wealthy Afghan boy and the son of his father’s servant.  The novel opens in Afghanistan in the final days of the monarchy and continues with the tyranny of the Taliban.  This is a story of betrayal and ultimately redemption.  Raw in parts, characters are exposed in all their strengths and weaknesses, an unexpected twist is revealed towards the conclusion of the novel.  If you are in the mood for gritty and real, highly recommended. 4 Star 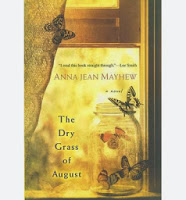 The Dry Grass of August
Jubie Watts, her three siblings, mother and the family’s black maid, Mary head to Florida for a holiday. Jubie loves Mary who has worked for her family for years.  With her father’s rages and her mother neglect, Mary is the one to bring love and stability to her life.  Set in 1954 in the deep South during racial segregation, we note that the deeper south the family travels the racial tension builds, until their trip ends in a shocking tragedy.  Afterwards Jubie has to confront her parents’ failings.  The author depicts the era well and weaves a strong cast of characters. A story of heartbreak, love and courage, very thought provoking. Highly recommended, 4 Star. 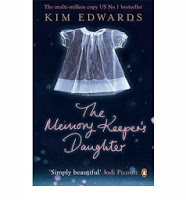 The Memory Keeper’s Daughter
Dr David Henry delivers his wife’s twins on a night that haunts the lives of all involved forever.  The Henry’s son is a healthy boy but their daughter has Down syndrome.  In a split second Dr Davids decides to tell his wife their baby daughter died and entrusts the baby to the care of his nurse, asking her to take the child to an institution.  After visiting the institution the nurse makes the decision to keep the infant girl, moving to another city and raising her as her own. The secret has far reaching consequences as the family’s grief tears them apart. Whilst it wasn’t the best written novel the author weaved her tale of family, grief and betrayal so well I was riveted.  I couldn’t shake the plot from my mind, as I know of family members who discovered years later they had a ‘hidden’ family member in institutions, not an unknown practice in the 1960s.  Highly recommended. 4 Star

Linking up at Housewifespice for What We’re Reading Wednesday.