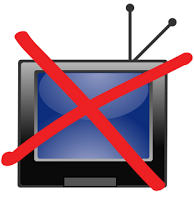 For the first nine years of our marriage the only electronic screen in our home was a rarely used computer. Life was far simpler, with no TV/DVDs and very minimal computer exposure, our children played outside for hours; in the sandpit, climbing trees and building from scraps of timber; inside they spent many hours crafting, playing with jigsaws and ‘dressing up’.

As much I wish it had, life didn’t stay so simple, there came the day we caved and bought a television (to watch The Test Match.) At first our screen was limited to DVDs, several years later we added an aerial, then we bought a couple of faster computers, two years ago we added a PlayStation, then more computers and recently we were gifted an XBox. 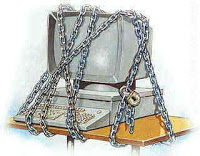 Whilst we still discern carefully the suitability of television programs, DVDs and gaming discs, we have over a period of time slid into a pattern of spending more time on electronic pursuits than we feel healthy.

A few months ago I read Last Child in the Woods; Saving our Children from a Nature-Deficit Disorder. Louv discusses the importance of children connecting with Nature and how many children today are simply not spending time outdoors, one of the reasons for this is electronic media. I began researching the impact of screen time on children and recently I’ve been googling to find out just how much electronic exposure per day is recommended. Children under two should have NO screen time and children over two have one to two hours only. 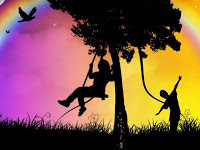 My research findings are not unfamiliar to us, nor are we surprised. We’ve long known from observation the impact of too much screen time on children. They become fractious and lethargic. Most worrisome their creativity is effected, and they are less likely to engage in outdoor play.

We have of course, tried various methods to enforce screen restrictions at times but our current method seems to be producing the best results. The study (computer room) door is staying locked until 7.30pm every night, nor are DVDs watched until about this time. This means of course I have to lead the way, so I’m finding it a little difficult to find blogging time, but it is so worthwhile.

As we’ve lived through ‘screen detox’ before we’re familiar with the patterns. After a few days of aimlessness; physical activity increases, the children reconnect with nature and creativity abounds:)