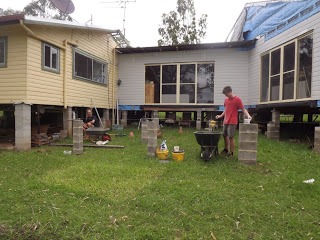 Seven months ago in November we began work on the foundations of our deck.  The deck unites the ‘two houses’ together, it is the central meeting spot. 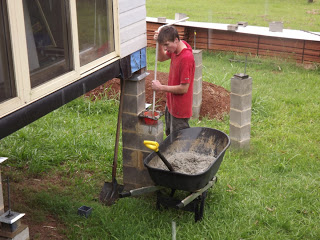 Carpenter discovered a love of brick laying and happily enjoyed adding another building skill to his repertoire. 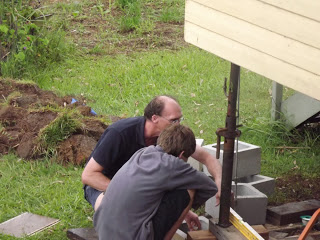 We were disconcerted by a seemingly insurmountable problem, the existing house foundation pier clashed for space with the new pier.  We discussed the need for a house jack, but where would we source one? and our need was for months.  PC  recalled he had inherited his father’s house jack, unused for 30 years it still worked well.  Goes to show you should never throw anything;) 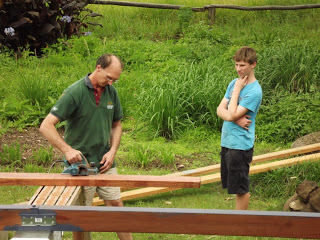 The bearers and joists where milled from our ironbarks, and still required  planing, hence the reason for sloow progress. 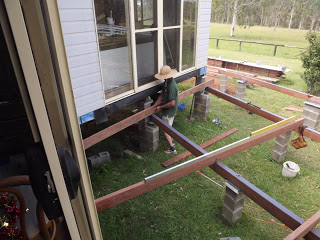 It took an inordinate amount of time to make certain all bearers and then joists were level. 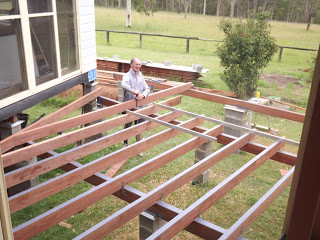 Finally however all was ready to begin laying the decking.  It was thrilling to be laying timber cut from our own trees. 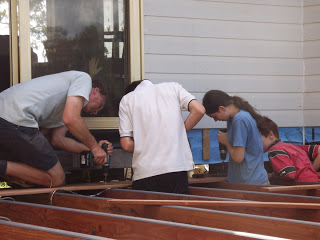 Over the Christmas holidays we all pitched in and began screwing the boards in place.  Using stainless steel screws meant we had to drill the holes, then drill the countersink (to fit the screw head), then drill in the screws. 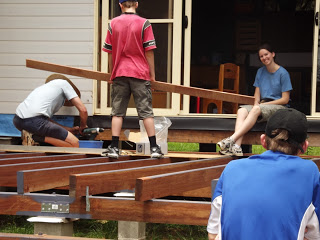 We were divided into teams either measuring,  screwing, 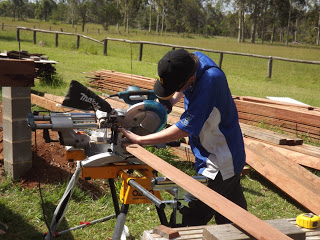 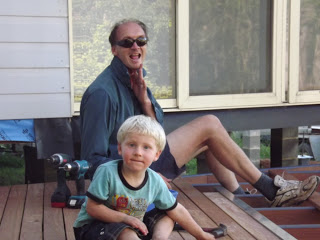 The little ones were keen to help 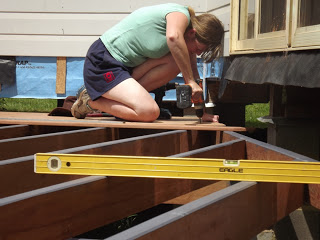 and even I got into the action. Due to the December heat very early in the mornings was the best time to work 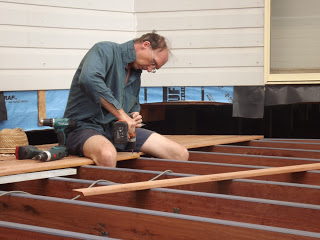 slowly it all began taking shape 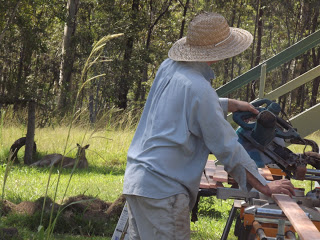 with a little support from the watching wildlife 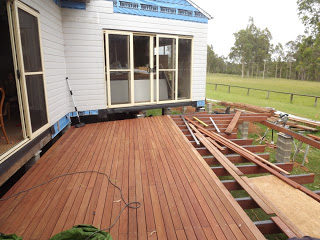 By mid- January when PC returned to work we had completed half the deck but work ‘ground to a halt’ due to incessant rain. 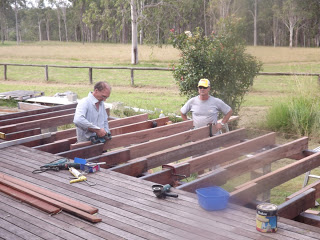 In February PC’s ‘big brother’ arrived for a visit and work began again, the focus shifted to completing adding the joists out to the end. 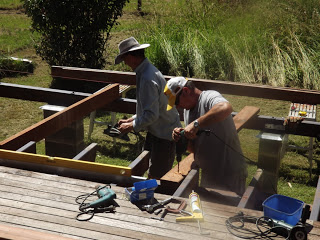 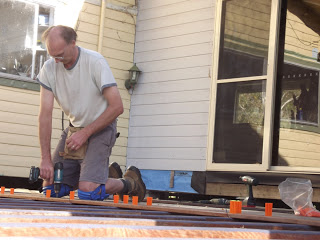 This is how we entertain visitors and this is what brothers do.(Thanks Steve:)

Last week when the rains abated PC took a few days leave to complete the deck. 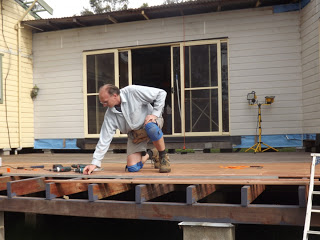 We invested in soft knee pads, and some spacing wedges.  These made the job quicker and far more comfortable. 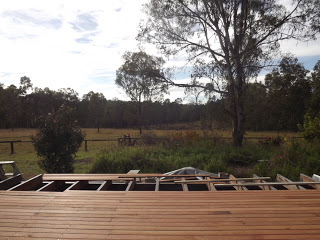 When PC returned to work on the Thursday he was disappointed the deck was not quite completed, however he had made good progress 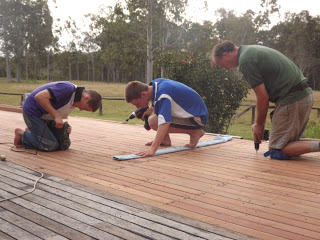 A couple of days on the weekend with the aid of his boys, finally saw the last of the 2500 screws in place, the deck was completed!! 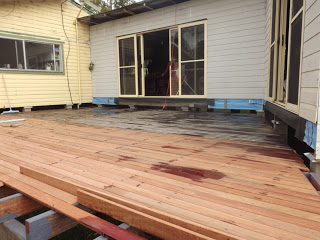 PC you are a legend!!!
For now we won’t think about the 1.5 kilometres down the sides and end of the house still to lay!