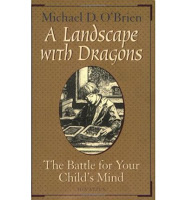 Fantasy titles today abound on the shelves of bookstores and libraries.  As parents who endeavour to guide and help our readers learn discernment and with a child who has loved fantasy since he first read LOTR aged 10, we have journeyed down an unknown road, at times taking unexpected turns.

Writing this post has been challenging as fantasy discernment is rather subjective for each family.  I have endeavoured to disclose to the best of my ability areas that may arouse concern.  I sincerely hope this post may aid you in finding new titles for your child/ren and in your decision as to whether it fits with your familiy’s comfort level.

Sites/books to help you discern. 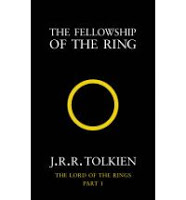 Lord Of the Rings Trilogy – JRR Tolkien
The “Father of High Fantasy,”  Combining adventure, quests, rich language and Catholic morals, Tolkien is outstanding.  We recommend starting with The Hobbit before the trilogy. Read and re-read by my children.  5 Star. 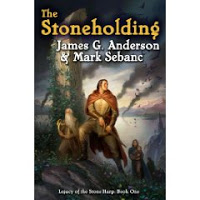 Legacy of the Stone Harp – Mark Sebanc & James G Anderson
Thus far we only have the first book Stoneholding, which ” portrays the ageless struggle between good and evil in the richly imagined world of Ahn Norvys.”  in a time before machines and technolgy, a time of heroes. Very well written, close to the quality of LOTR literature,  “the best fantasy book since LOTR.”  However it hasn’t really caught the interest of my fantasy fan:( Written by Catholic authors. 14yrs+  4.5 Star 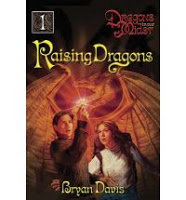 Dragons in Our Midst – Bryan Davis
Knight, dragons and fair maidens.  This series was recommended to us as, ‘written by a Christian author.’  Enjoyed by our teens for its complex, interesting storyline; however the writing is poor and childlike, and the characterisation is lacking and unbelievable.  Characters live for thousands of years, includes the seven circles of Hades, some Catholic imagery. There are some moral issues that benefit from discussion such as re-incarnation, soul hosting and possession and unborn baby souls, 13yrs +
PC and I would rate this as 3 Star, children would rate higher. 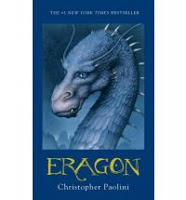 Inheritance Cycle – Christopher Paolini
Very well written, gripping story lines, fascinating characterisation. A world of men, dwarves, elves and dragons.  An absolute favourite with my teens.  I recently read this series myself and was totally ‘hooked.’  Some scenes are rather gruesome, there are a few very discrete ‘adult allusions’, and I did discuss with my teens the various beliefs in ‘other gods’, more importantly the elves belief in no gods.  14yrs+.  4.5 Star 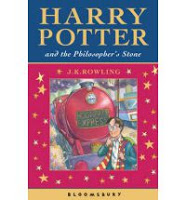 Harry Potter Hotly debated, we ourselves were long ‘no Harry Potter’, we are rather surprised to have found ourselves in a  shifted position.  Before our teens read these books we insist that they first read Landscapes with Dragons, and engage in discussion with us. We wish them to be fairly discerning in their reasoning before reading, we engage in lots of discussion whilst reading through the series.  They do get progressively ‘darker’, I wouldn’t let younger children read the later books. Further thoughts here.  They are highly engaging. 14yrs+  3.5 Star 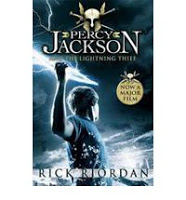 Percy Jackson and the Olympians – Rick Riordan The boys have really enjoyed this books, I admit to believing the writing style is a little lacking but the author writes a great tale.  The boys are keen to impress upon my how much they have learnt about Greek mythology;) Mythological monsters, Olympian gods in modern time,  half god-half man child heroes.. 12yrs+ I’d rate 3.5 Star, the boys higher. 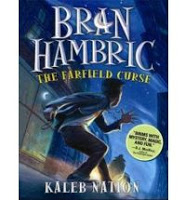 Bran Hambric- Kaleb Nation Bran Hambric is found locked in a bank vault at 6 years of age, for years he has wonders about his identity.  At age 14 he discovers he is at the center of a plot which he has to complete.  Engaging, well writen, although there are a few iffy moral issues towards the conclusion.(soul hosting) 12-14yrs 3 Star 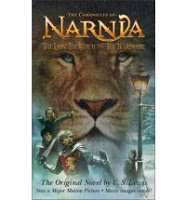 A favourite for years, abounding in Christian symbolism. Exceptionally well written and riveting.  Another world.  Recommend without hesitation. 4.5 Star 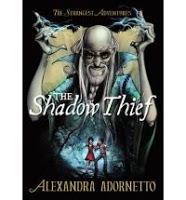 Shadow Thief- Alexandra Ardonetto
Millipop Klompet lives in the boringly uneventful town of Drabville, but she longs for adventure. Milli and her best friend Ernest begin on an advenutre where they must evade the Shadow Keepers (who steal the souls of the populace) and outwit the sinister Aldor before the shadows are swallowed and Drabville loses its soul forever.  Written by new Australian author who is only 18. Humorous, written for 12-14 yr olds.  3.5 Star

Ranger’s Apprentice – John Flanagan
Ranger Will and his friend Horace embark on many adventures and battles, set in the land of Araluen and lands beyond.  Written by an Australian author, we eagerly await each new title release, we are big fans.  Highly recommended!! 10 yrs+   4.5 Star