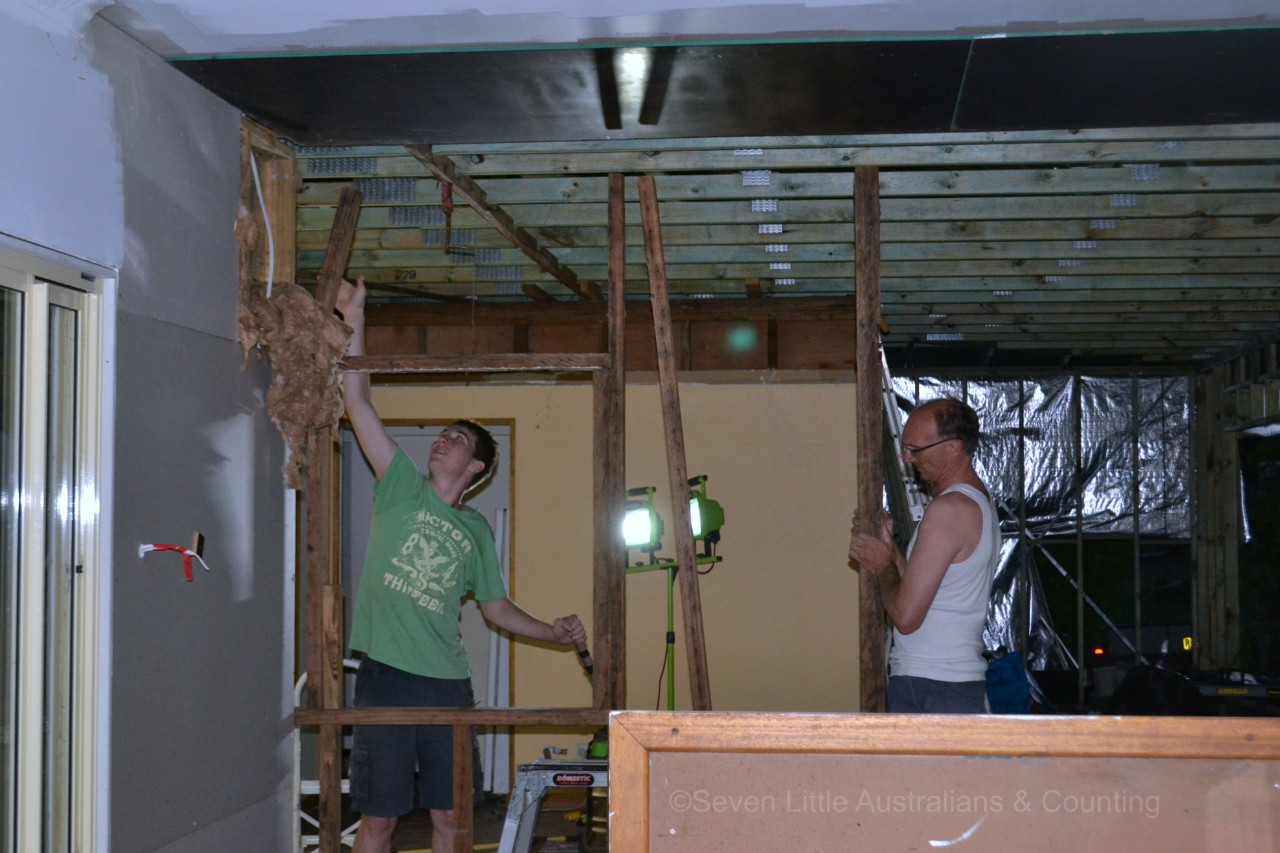 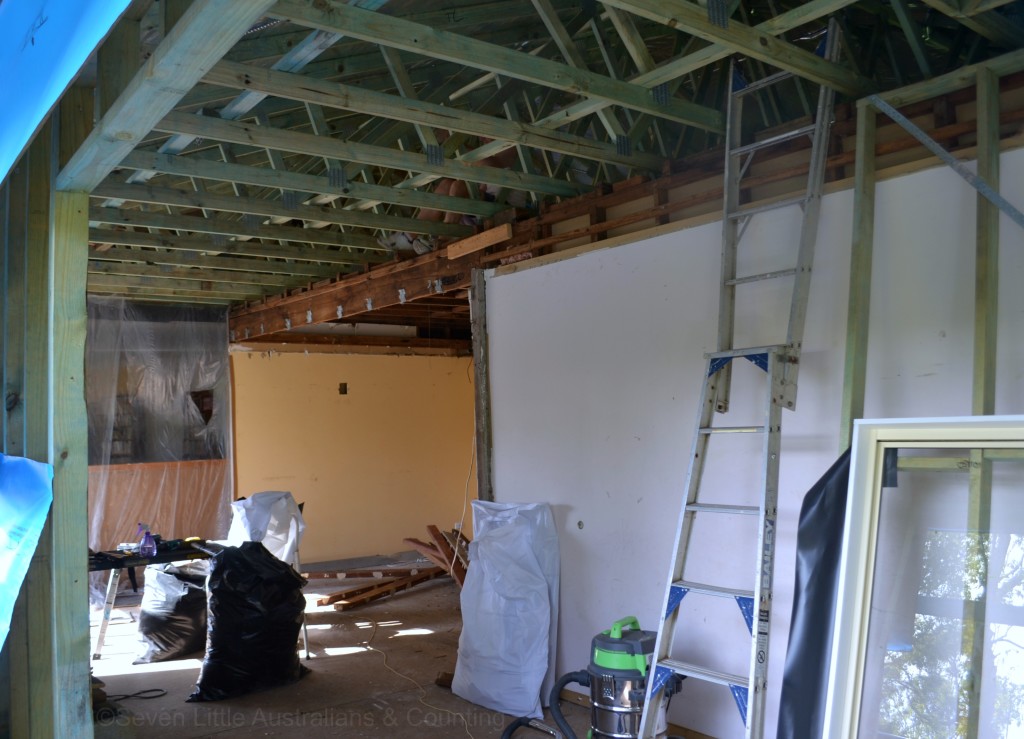 Beginning a new building project involves a certain amount of logistical juggling, sometimes it means before one project is completed you need to switch to another task and complete it first. Thus it was when we recently began installing our front windows, preparing to install the second window we realised we needed to switch focus immediately.

We had planned to gut a large portion of most of our ‘old house’ after the window installation; half the wall in the foreground, the wall to the right and the walls and ceiling in the room beyond. However we realised it would be easier to remove the gyprock and framing through the window framing instead of waiting until the window was in place. 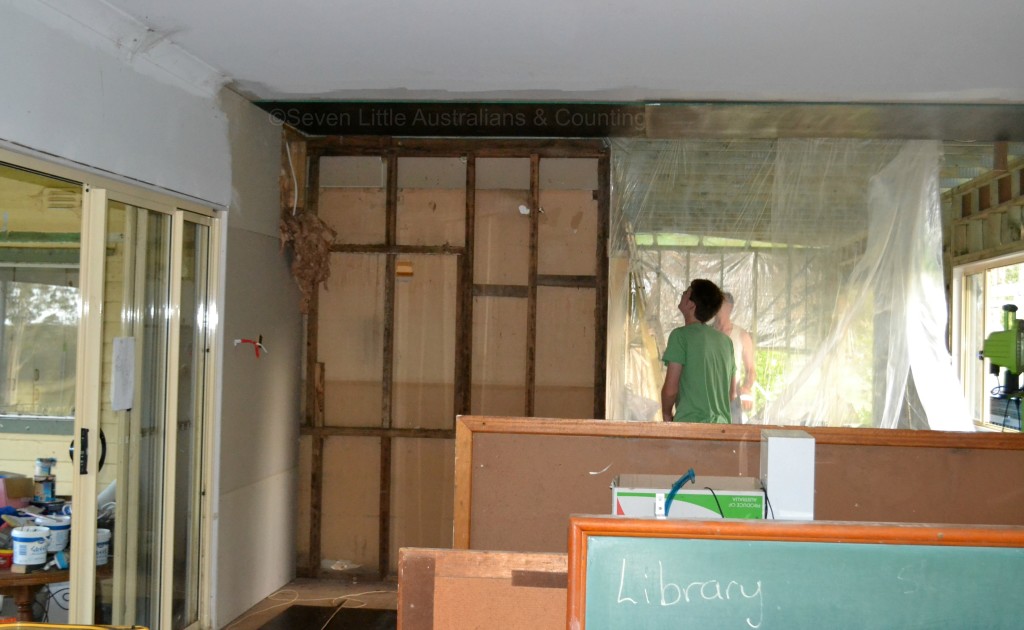 Words cannot express how exciting it was to see this half wall (from the foreground) go! I’d long wanted it gone but as it was load bearing it couldn’t be removed until the new trusses bought structural changes. Oh happy day! 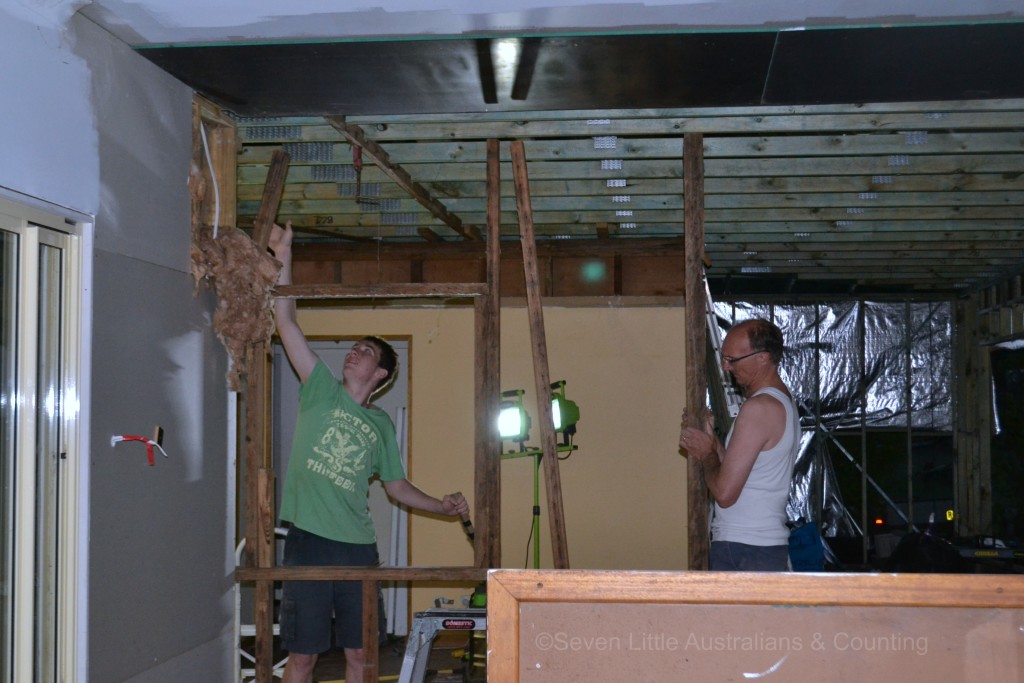 Building codes certainly weren’t what they are today. The entire roof on this corner was resting on the post PC is lifting, we were rather horrified to discover the beam wasn’t even resting on the top of the post but on a tiny groove only half an inch wide!  The posts went through the floorboards to sit on beams below which means I currently have large holes in my flooring, new challenge is to keep the toddler from ‘posting’ small objects and everyone from twisting ankles. 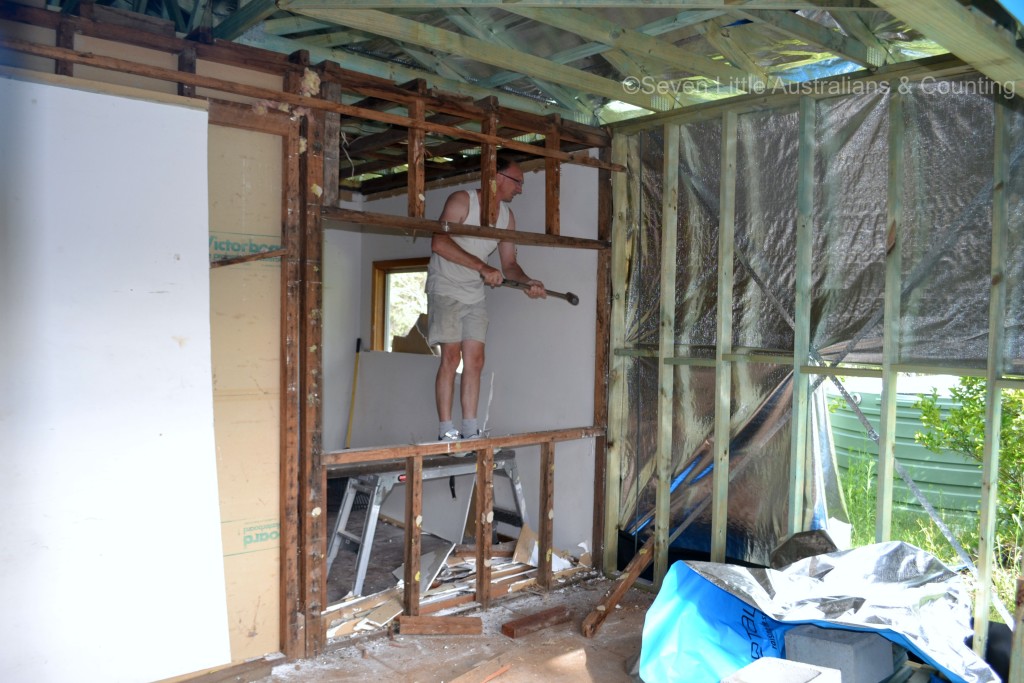 When gutting the wall to the right we found a former window frame, enabling us to further visualise how the house looked before a previous owner created the front room by filling in the verandah. 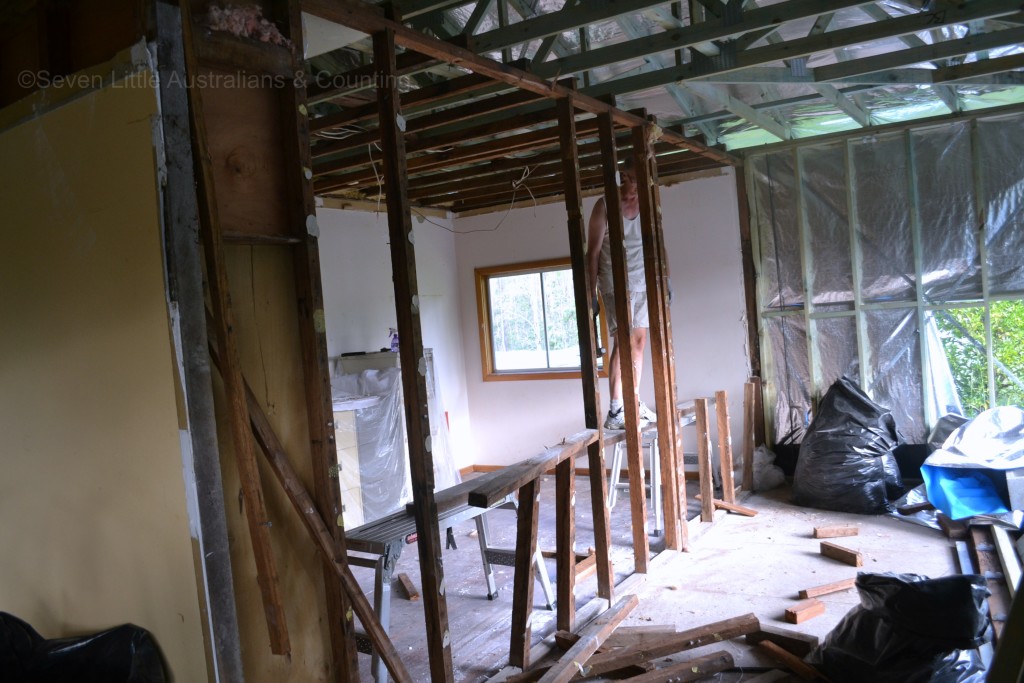 Space and light are now created, our former study to the right and our former library to the left, will now become one large library, oh giddy joy!! 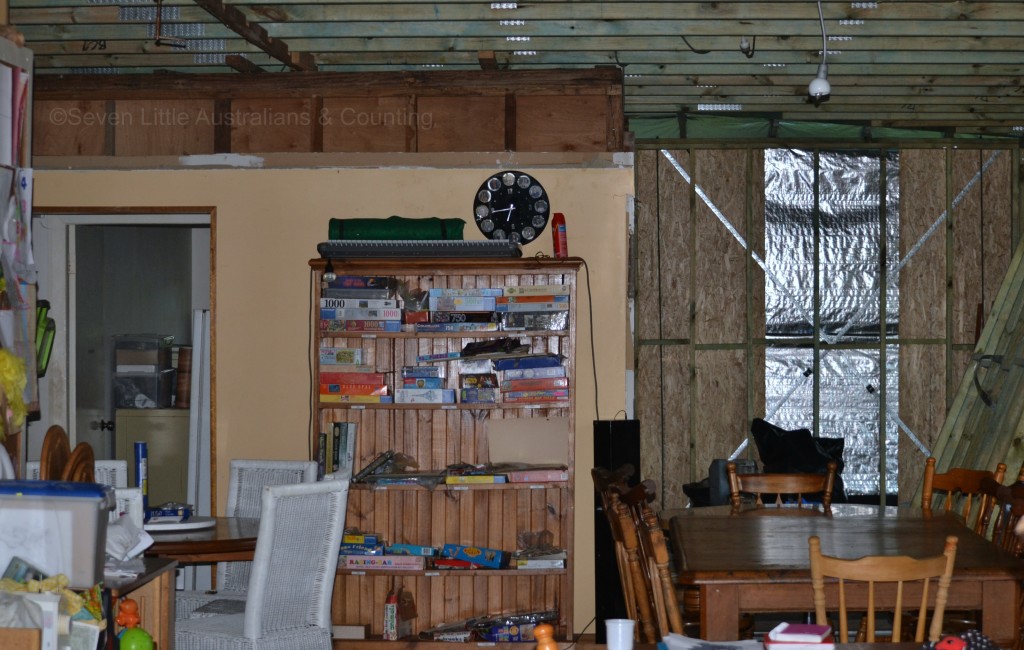 With the half wall gone this space is completely opened up, making the rooms spacious and light filled.

We are now turning our attention to the new library, the leaning wall framing on the right is to be placed behind the table and gyprock/drywall will completely cover the area you see including the door frame on the left. The entry to the library beyond will be where the bookcase currently is. Plenty of plans percolating as to how this room will look.