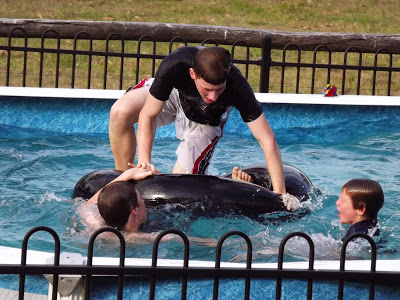 Previously I shared that our Leap into Literature ‘was a resounding success!’, I really should have known better.  We’ve been homeschooling for a decade and a half now and I know that ‘first days/weeks’ are always followed by an adjustment period. In this case it wasn’t over-ambition, I have finally learnt not to over-schedule, though it took many years to learn that lesson, but simply life. Although the life interruptions were ones that I also know how to avoid, outside appointments should always be made for afternoons, and telephone calls should never be made/answered in the mornings.   Consequently our one week focus on Science ended up being a two week focus.

This week I also found the need to create an excel chart to track what work was being accomplished, more to keep my ‘finger on the pulse’ with my independent students not so much the younger children. Rather than giving the children individual sheets (and thus feeding the tick box mentality again) I designed one sheet covering all the children and areas of work, for each fortnight. The sheets have been pinned to the corkboard, hopefully some healthy competitiveness and shaming will ensure a little more productivity and accountability from those who struggle in this area.

We again found peace in our rhythm once settled. Our ‘gathering time’ continues to be a resounding success, although with full disclosure I must admit, shortly after our prayers and hymn Einstein departs to work on his lessons, at 16 he has lots to accomplish, and the younger three boys depart to play and frankly we are happy to send them off. We can hear them in the next room and even there they are rather loud.  Whilst they are happy to listen to piles and piles of picture books I do need to introduce the Jack Jack (7) and Jem (5) to chapter books, it is past time, one step at a time.  Our main focus during our gathering time, after liturgy has continued to be catechism, poetry and our two read alouds which we have now completed:) The Prairie Thief by Melissa Wiley and Francis and Clare by Helen Walker Homan (Vision Bk).  The first book was rather slow in parts and quite unbelievable though fun, we loved the second and I’m off on a rabbit trail to read more about St Francis. 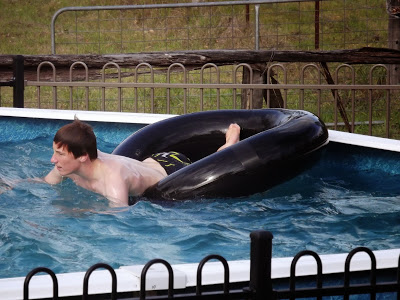 We continue to be impressed with MEP maths and having two children at the same grade hasn’t been a problem, in fact it has created some healthy competitiveness in that they are keen to not allow the other to ‘get ahead’.  Taking Princess back a bit has been a good choice to, allowing her to consolidate her knowledge and confidence. This week I finally managed to introduce Jem(5) to MEP and started him halfway through Grade 1.  We’re having to take some time to learn how to write numbers as his mental ability is far ahead of his writing skills. The older boys are continuing with their Mathematics.com.au which we have used for all our older children.

After tossing about several ideas on when to fit in reading practice and phonics with Jelly Bean and the two younger boys, I came to the conclusion the only answer was to insist it must be done and squeeze it in each day.  The when varies but by making a commitment that it must be done it is happening.  Generally I’m introducing and revising sounds with Jem once the middle three are settled into maths, and really we’re only spending a minute or two.  In one week he already knows two sounds and nearly another three, it doesn’t have to be fancy, just introduced, revised and moving on. I haven’t time for anything fancier, in fact I’ve lost my cards (they’ll turn up I’m sure) so I’m simply writing down a few sounds on paper, introducing, revising and off he goes.  Jack Jack and Jelly Bean generally read to me between morning tea and lunch but they are no longer reading back to back, which makes it seem less onerous on me.  One usually reads straight after their swim at morning tea, another just before lunch, whilst the other children are finishing up their writing.  On an exciting note Jelly Bean has discovered Aesop’s Fables and is enjoying reading illustrated copies, not only has she taken her reading up several notches but she is liking reading!

Our theme the past fortnight was science (see list of books read below) and once again we tied our readings to our writings.  As before chapter books for the three oldest, picture books for the younger ones.  Writing continued to be happily undertaken via the narration jar, accomplishing such tasks as; design a different book jacket for your book, write five questions and answers about your book, compare two similar versions of the same story, write a list of facts you learnt from your book, draw a picture of a home in your book, give an oral report why your book should never be made into a book report and write a different conclusion for your story.  JB and JJ became so excited by the last one they not only wrote different conclusions but went on to draw picture sequences/comic strips to accompany their story.  So exciting to see their enthusiasm:)

Michelangelo, Princess and Jelly Bean also spent many hours listening to several of the Deltora Quest series, they still have a few more to go. 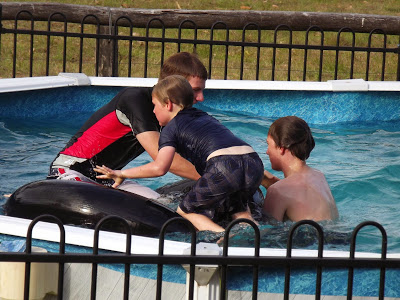 List of Books Enjoyed
Einstein
Science Matters: Achieving Scientific Literacy – Robert Hazen.  Einstein has begun this and assures me he is impressed.  We bought this on Cindy’s recommendation.
Electromagnetic Fields – Internet sources.  Einstein became very engrossed in researching this topic and spent hours learning.
He is currently writing an essay on electromagnetism and how it is generated etc, as I know nothing about this field I’m looking forward to being educated.
Faith – History of the Church
He also accomplished a few other academic goals he has personally set.