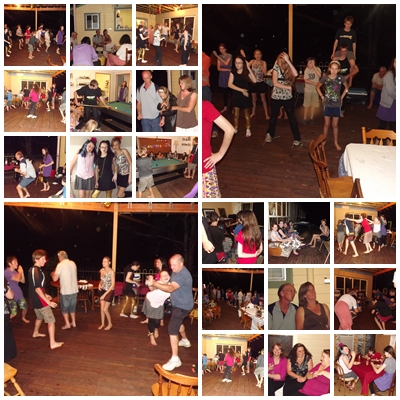 What a night!  Partying with friends, a fantastic way to usher out the old year and herald in the new. Nine families, 72 people gathered at our place, our first party on our new deck, we experienced how well our home flows for a party.

We feasted on the deck and all chatted or played outside until dark, then the party continued with pool, wii and dancing the night away.  Did we dance!  We had no idea some of our friends could move so well, 13 years we have been gathering with friends for New Year’s Eve, though our ranks have swelled, and this year we discovered they could dance!  Our children declared the party a success as families didn’t leave immediately after the countdown, but continued partying until after 2am.  What a fantastic night:)