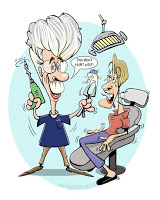 This past week I have been in constant pain, which has triggered reflections on just how debilitating a life long illness is. I was raised in a home where pain was a constant companion, pain dominated and affected every area of our family life.

At the age of 20 my father was severely injured in the workplace, he lifted a roll of lino and fell to the fall never to be the same again. He spent the next three months in a body cast and on an plethora of pain killers. Thanks to the accident and incompetent medical care he had life long spinal injuries. In layman’s terms, the vertebrae in his lower back were smashed.

In practical terms this meant Dad was in chronic pain. He tried to take medicine as little as possible, as he didn’t like to be dependent on drugs. It meant that many days he spent on his bed, he would have a good day, achieving lots and then would pay for it by having to spend the next few days lying down. It meant that before the payout (which dragged on for ten years and was minuscule) we were spied on by Union Reps. In his mind he was less of a man because he couldn’t work. He spent the rest of his life on an invalid pension. It meant that despite a love of sports he wasn’t a Dad who could rough house or play sports with his children. Many of his children’s activities he didn’t attend as he was unable to at the last minute. He was often cranky, irritable and in pain. His relationships with his children and with his wife were often adversely affected.

I recently met a lady who also had a parent with spinal injuries. It was incredible with how, a few half sentences and nods of the head we knew! We were speaking our own code language.

I eventually had my tooth pulled out and I am SO HAPPY!! I was living on Panadol and barely surviving. I knew I was in pain, I was limited in what I achieved, I slept alot to escape, but I sure didn’t realise just how much the pain was effecting me until it was no longer. I am literally a new woman! The last couple of days I’ve been repeating in wonder “I’m not in pain!” I daily give thanks for my good health and pray for continued health. It is a precious gift indeed.