For the past few days I have been engrossed in the world and words of Tom Dooley, an American Naval Doctor who gave medical aid to 600,000 Vietnamese refugees in their flee from the Viet Minh in the 1950s. Later Tom dooley set up Medico. ‘Deliver us from Evil’ has really made me stop and think, about the selflessness of Doctors and medical staff in refugee camps.
Most of all I have become fascinated by the Vietnamese people and their history. Their tenacity to hold onto their Faith is astounding, the Communists cruelly tortured these people for holding true to the Catholic Faith. 150,000 of Vietnamese’s 200,000 Catholics lived in North Vietnam. Deliver us from Evil describes the rush of the Vietnamese to escape from the North to the South before the Bamboo curtain closed. Under the Geneva Treaty they were to be allowed to go South if they wished, in reality many never made it.
I wish to share a passage that brought tears to my eyes. This paragraph describes the rescue in the final leg of an incredibly heroic escape of 1100 people who had lashed together 14 sampans and braved the open sea for five days and nights. Travelling 300 km by sea. Their skin was cracked and dry, they were absolutely miserable and yet…
“When our LSM was close enough for the refugees to make out the French flag on our stern, a heart-warming thing happened. Recognizing us as friends and not as foes, they hoisted, on a broken spar their own drenched flag: a flag they had hidden for years…their symbol,their emblem, their heraldry.
To the top of their highest mast they hauled the Papal banner, a yellow and gold flag displaying the Pope’s tiara and the keys of Saint Peter.”

Aussie NBTS – A Day in Our Life 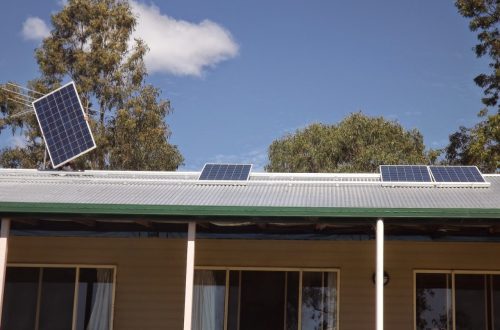