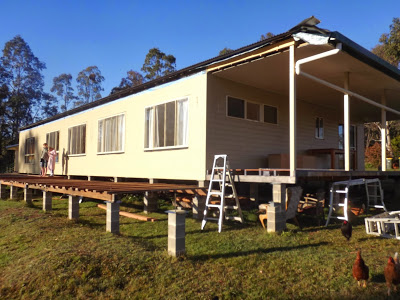 We’ve just completed a major building project, the addition of a verandah running the length of the house. Let’s travel back to see where we started. 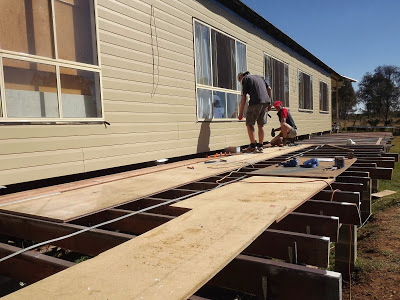 In August 2012 we began laying out the bearers and joists. We ‘divided’ the verandah in half, and nailed and bolted down the foundations.  Then began laying the boards. 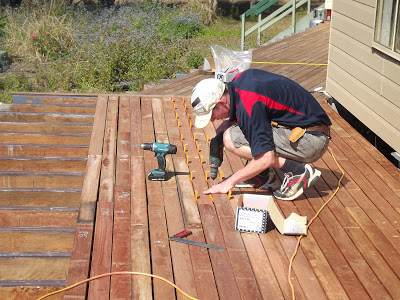 Carpenter had not yet left for College and was still living at home, he was a major contributor to this section. We began this project after completing the deck and the end verandah. 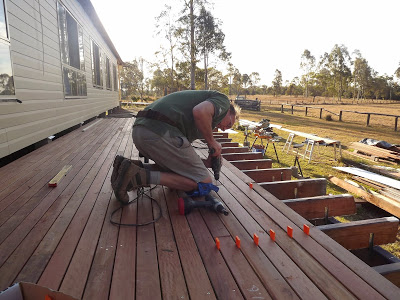 It took up the majority of that August, it was a long, hot job. 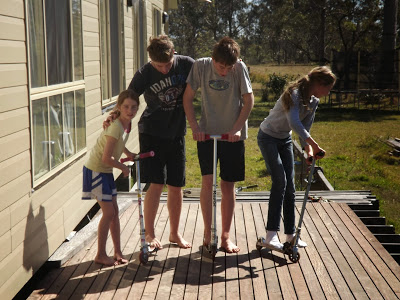 We completed half the verandah, oiled the boards and then left this project, focusing on several other building projects in the intervening 13 months. 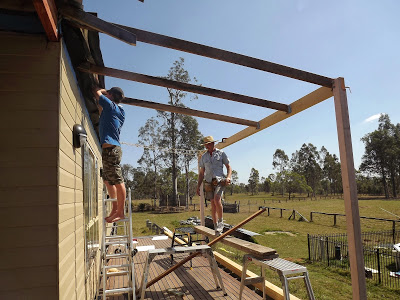 September 2013 we turned our attention to the verandah again and began by covering the completed half. 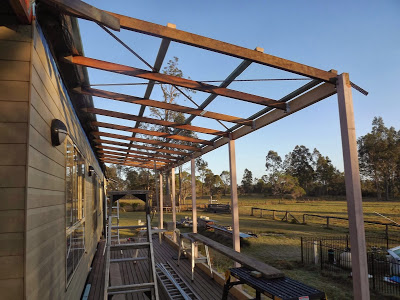 The house has been cooled down incredibly since the iron has gone on. (alas no progress shots) 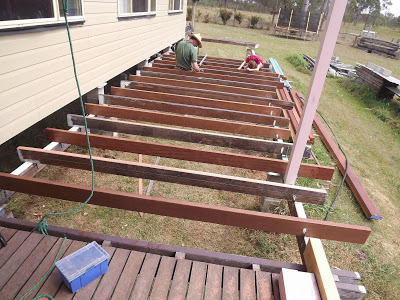 This month we ‘picked up the pace’ rapidly.  Laying the bearers and joists for the second half 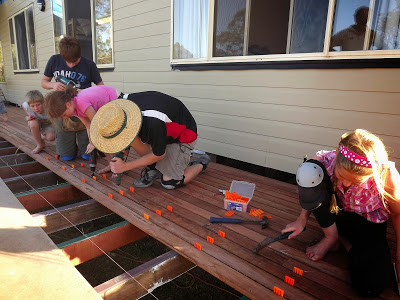 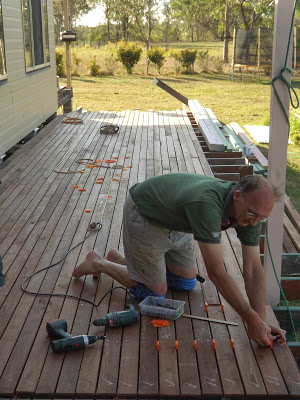 So impressed with how much faster it went with five children helping PC! We completed the task in just one weekend!! 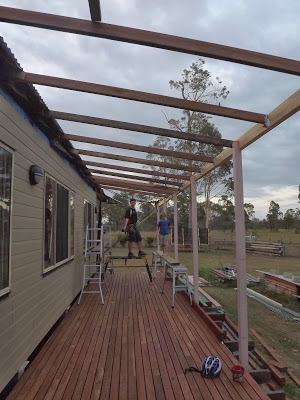 The posts and rafters were next up, PC took a few days off work so we could complete the verandah.
Einstein has worked by his side the entire time and Michelangelo has been there too!! 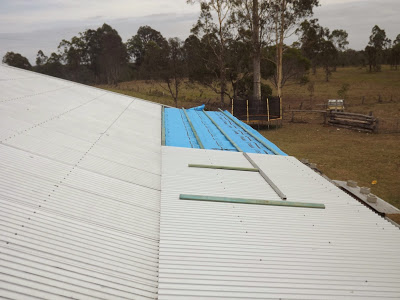 Sarking, battens and then the iron were next on the list. 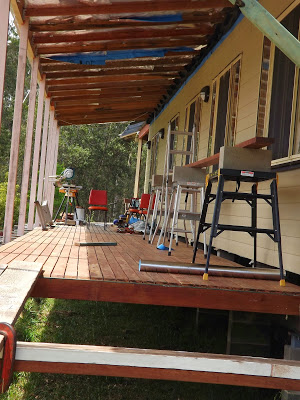 Many a day will be wiled away sitting on the verandah watching the children in the pool and enjoying the bushland.

The gap in the foreground is ‘section 3’ a short area that will join the front and end verandahs together, to be completed at a later date. 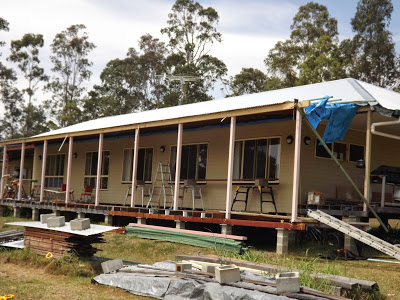 Such pleasure to look at the verandah running the length of the five rooms, imagining all the living we will be enjoying in this space. 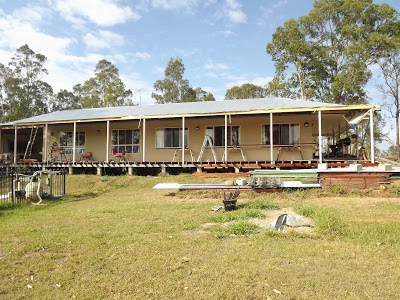 The verandah now runs from the deck on one end around to the end verandah on the other (shortly), 2.7metres(8ft10in) wide all the way around.

Thank you PC and Team, you are legends!!